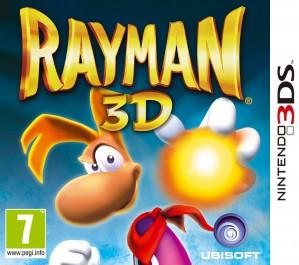 Just a little bit over 12 years ago, Rayman 2: The Great Escape took the world by storm when it was released on the Dreamcast, Playstation & Nintendo 64. The game helped cement Rayman’s legacy in the video game world and went on to see many ports over the years. This classic has now been fully ported yet again and renamed Rayman 3D for the Nintendo 3DS, launching right along with the console. After all the ports and years passed, I still had not tried Rayman 2 yet, so just about every bit of this game was new to myself but being a platformer fan, I knew I had to finally give this classic a full run-through. How exactly does Rayman fare in his first 3D outing? Here is my review for Rayman 3D. 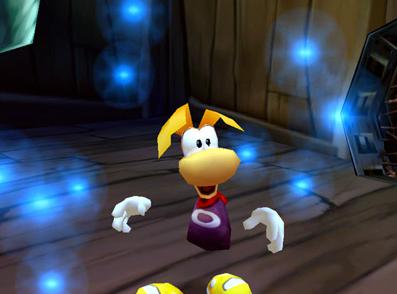 Please note that all screenshots are in 2D

Story
Rayman 3D puts players in control of Rayman, who now must trek through “The Glade of Dreams” and put a stop to a group of robot pirates along with their leader, Razorbeard, who have invaded the land and captured many of his friends. Rayman also is set with the task to collect four masks to awaken the much powerful Polokus who is the key to restoring order in the world.

The whole plot is rather simple and easy to follow most of the time as there are many cutscenes throughout the game. In this journey you will encounter many different enemies as well as allies along the way and each are usually filled with the game’s quirky style and humor. Instead of standard voicework, Rayman and all of the other characters speak in a jibberish language, but it is hard not to enjoy the way this story is told as all the characters are charming and keep the game as bright and enjoyable as players explore the colorful world.

Gameplay
Rayman is a full 3D platformer, much like many of the older titles in the genre that we seen so prominently on the Nintendo 64 many years ago. Of course this title comes from that era and yes, it also still feels like it was ripped right off the system and thrown onto the 3DS. For my own personal preference though, this isn’t a bad thing as I still am a huge fan of the late 90’s/early 2000’s platformers and Rayman 3D did a great job of offering a hefty piece of nostalgia with the way the game not only looks, but also with how controls and plays out. 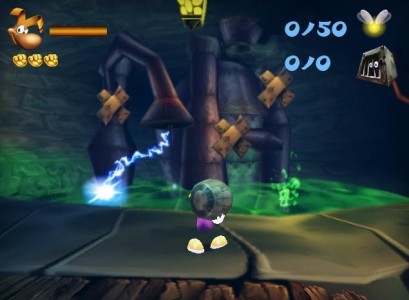 The control scheme in Rayman 3D works wonders for this port with the key ingredient of it’s success being the system’s circle pad. Rayman of course is able to run and jump, as with any platformer, but the hero also has quite a few other techniques up his sleeve. Rayman is able to shoot a projectile out of his fist to attack enemies. This attack is done quick and rolls out smoothly, but the lack of any actual sound effect kind of left more to be desired with this action overall. You can use this technique not only to actually shoot enemies, but also to trigger switches and perform techiques such as swinging which are learned later on in the game. Rayman also can float across gaps with his hair, much like we have seen characters like Dixie Kong or Tails perform, except he thankfully never grows tired and can use this technique until he hits the ground.

The world in the game is actually quite large and the developers did an excellent job at making sure that each level felt different from the next. The main objective for each level is to take out enemies, collect a set number of Golden Lums (which resemble a firefly), free both lums and allies from cages, and make it to the warp pad at the end. Outside of the occasional boss battle, this formula is used throughout the game but there is plenty of variety mixed in to each area outside of standard platforming. For instance, there are a few paths where Rayman must slide down a slippery path dodging obstacles, shooting enemies, and collecting lums along the way. There are also bits of swimming, puzzle solving, and even moments where you can ride on enemies that all switch up the gameplay and keep things feeling fresh. The best thing about all of these techniques is that they control quite well and all are actually enjoyable to perform. I did however have a bit of trouble actually trying to swim, but that was mainly due to the camera rather than the actual swimming in general. 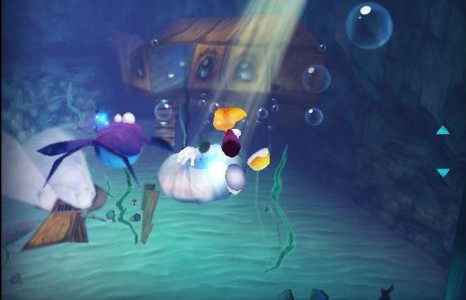 The camera isn’t really much of a problem as it seemed to behave most of the time automatically, but this flaw actually boils down to adjusting the angle itself. To perform this small task, you must press the D-pad and completely take your finger off the circle pad to do so every single time you need to get a better look at whatever area you may be in, you will have to come to a complete stop and use the other control pad to move the camera. This isn’t a huge annoyance as you can also “auto adjust” the camera with the shoulder buttons to look straight ahead, but many areas require getting a full scope so this alone may frustrate some players out there and cause a few unnecessary deaths from time to time.

When you collect all of the Golden Lums in a level, you are awarded a bonus level to compete on. These are not too complex and more like mini-games such as racing, but they do allow for a nice break between levels. If you miss your chance at collecting everything in a level, the game also lets you revisit any level at any time which should be fantastic news for the completionists who are sure to want to hit that 100% mark at the end of the game. Seeing as you learn new abilities as you go, you can also revisit any level you have completed and take full advantage of your new-found power. At times, this is even required but in all honesty I didn’t mind as this form of backtracking actually lengthened the overall game. I would have loved to have seen some sort of multi-player, streetpass, or even a leaderboard of some sort added, but this is simply a straight port through and through and aside from the 3D, it does feel a little disappointing that it didn’t utilize the system a just a little more to bring it to the present day.

3D Effect/Visuals
Rayman 3D is the first ever full 3D platformer on a handheld, and for the most part I was quite impressed by the way the game utilized the 3D function. The textures of the environments have that painted on look that we seen years ago in just about every game, but when you put the 3D on, these actually seemed to “pop” and added a much larger sense of depth to the stage. This works particularity wellwith the top-down angles where Rayman is hovering as it is much easier to tell how far that floating lum is or if you will make it to the nearest platform. The 3D also makes small animations such as mosquitoes, fish, and butterflies all seem to fly right out of the screen. Rayman 3D is already a very visual game as the environments are filled with color, but the 3D definitely enhances the whole experience and should not be ignored. As great as the 3D was during gameplay, I actually wanted to turn it off during the cutscenes. Sometimes when a scene is playing, “ghosting” can take effect where you see two of one character or the subtitles simply become a bit blurred and hard to read. As I mentioned though, this problem was only noticed during the cutscenes and never once showed during any gameplay whatsoever. 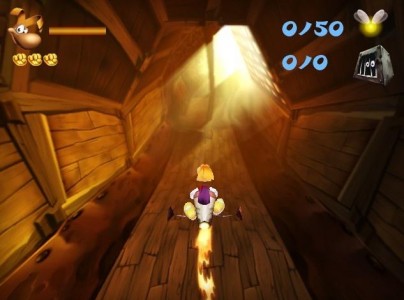 Audio
The music in this title is fantastic all the way through and the 3DS’ sound does wonders to really add a huge amount of atmosphere to each environment. As I mentioned, the “jibberish” also adds a ton of personality to each character as well, making it easy to read emotions and the humor within the dialogue. The sound effects though are just not up to par with the rest of the experience, sadly. Rayman’s main attack in my opinion could have at least had a popping noise or just some added in “plop”, but instead there just isn’t anything and it is sometimes hard to even tell if your attack has connected due to the sound alone. Even when I would shatter a wall or flip a switch, there was just no true indication as the sound effect was either barely there or just not present whatsoever.

Overall
Rayman 3D is by no means a perfect game and does show it’s age in a few areas, but this title is still a fantastic platformer which controls well and stays enjoyable up until the very last boss. I never felt like I was doing the same thing twice during my experience due to the constant introduction of new elements of gameplay and because of that, it was easy to progress quickly and even easier to actually want go back in and try to aim for perfection with the many collectibles scattered throughout the stages. Rayman comes with some flaws in this journey, but he does show the world just how capable the 3DS truly is at running a platformer and has quickly became my favorite out of all the 3DS launch titles in the process. Whether you want to revisit this classic with it’s new 3D shine or just want to experience this quirky title’s interesting characters and fast-paced gameplay for the first time, Rayman 3D stands as one of the stronger contenders in the 3DS’ launch line-up and is a must have for anyone who wants something sweet and fulfilling for that nostalgic sweet-tooth.

I Give Rayman 3D