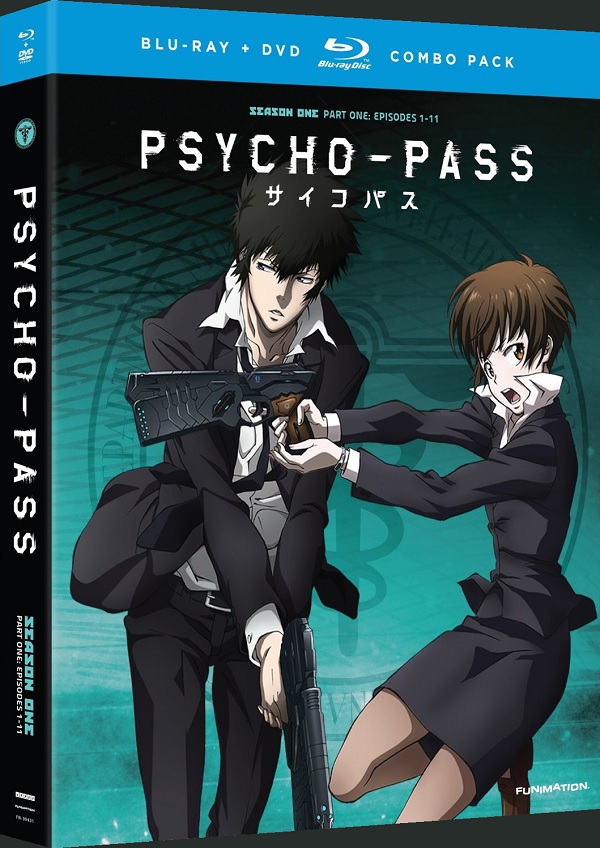 Overview
Over the past few years, the right to personal privacy has been called into question many times. With government programs established to monitor communications and keep people on various watch lists, for many it is a small price to pay in order to keep an eye out for criminals or people threatening their way of life. However what happens when things end up going too far? With the release of Psycho-Pass Part One, we enter a world a hundred years in the future and things have certainly changed. The question is, will the story manage to hook viewers into returning for the second half?

Story
In the year 2113 technology has advanced to such a state that people can simply change their clothing or the look of their furniture with a few taps of a button and everyone seems to live a happy life on the surface. However there is a reason why everyone seems to be happy and why the police are still required. 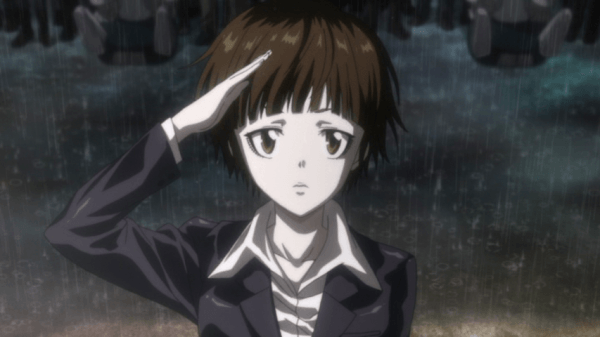 An all-powerful and relied upon system, called the Sibyl System, has been established and this system is designed to keep track of a person’s mental state. This is done by performing random scans of individuals, often through remote terminals established throughout the city, where people must complete a Psycho-Pass.  This test determines how high of a chance a person has of committing a crime and their resulting “Crime Coefficient” can mean that they might be subjected to simple therapy or locked up as a potential criminal before they have the chance to go off.

Now, Psycho-Pass Part One follows the story of a new hire on the Public Safety Bureau’s Criminal Investigation Division named Akane Tsunemori. Despite this being her first day on the job, she is immediately thrown into a case involving a man taking a woman hostage. She is partnered with Kogami, a “latent criminal” who is allowed to work on the force to apprehend other criminals as an Enforcer while Kogami is his Inspector. 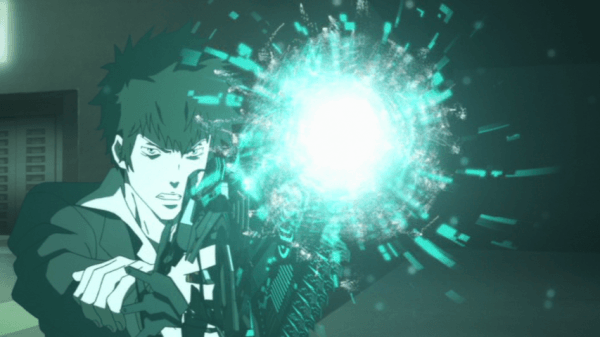 The main tool of their trade is a “Dominator” weapon which scans a target to determine their mental state and if their Crime Coefficient is high enough, the weapon can be fired to either stun the target or, if the reading is in dangerous levels, fire off a blast that will annihilate the criminal. These weapons cannot be fired if the weapon deems someone to not be a threat and is seen as a go to weapon linked directly to the Sibyl System.

After being thrown into her first case with little experience, Akane chooses to take action against what the Sibyl System suggests, giving viewers the first example of how such a system can be deemed hazardous as it requires no thought on the user’s part. Unfortunately this aspect of questioning the system is left to stew in the viewer’s mind for most of Part One as the majority of the first eleven episodes of the series deal with Akane learning about the job and interacting with her fellow Inspector and the rest of the Enforcers on the team, though few are actually developed in any way, as they solve a number of different cases. 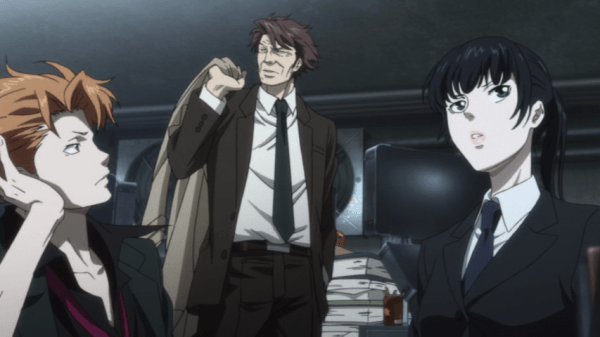 However near the end of Part One connections between the cases that Akane and the rest have been solving, including Kogami’s goal which forced him to fall into being a latent criminal, begin to point to a certain culprit. This leaves viewers with one hell of a halfway point that seems to be leading toward a larger plot that will likely be developed in the second half of the series.

Only in these last few episodes of Part One is the whole aspect of the Sibyl System’s reliability called back into question since the start of the series. You see, since the system depends on scans of a person’s emotional state or thought patterns, quick bursts of stress or fear can lead to dangerous false positives while a person who always believes they are in the right might not even think that they are a criminal in the first place and since everything is dependent on what the system says, the question of how much longer humanity can survive while resorting to such a system and portrays a dark world with sadistic criminals where even the people meant to capture these criminals might be seen as criminals themselves.

Visuals
Psycho-Pass Part One is a dark series in more than just theme; it is also a dark series in general. Outside of a few day scenes where Akane is out with her friends, traveling with Kogami, or whenever the focus is within the headquarters, almost every scene in Psycho-Pass is dark looking. The lighting in this series is actually used to great affect by prominently displaying certain scenes in bright light when they are meant to be seen and the dark sinister scenes or a murder dungeon, shown with dark coloration giving viewers a sense of foreboding. 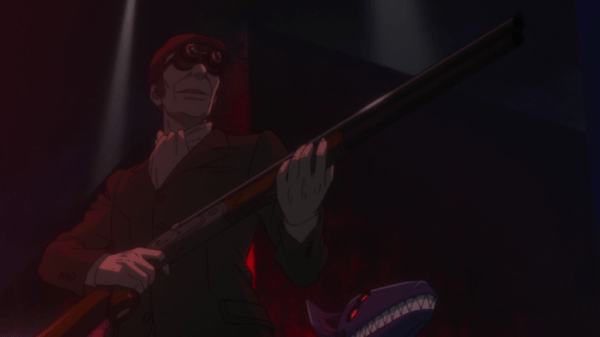 Outside of the scenes themselves, the characters have a fairly realistic looking design with believable appearances that look better than your average anime character, though the quality of some of the scenes can be called into question at times. It is also worth noting that Psycho-Pass is not afraid to show gore and violence as people will explode or be murdered in cold blood in some disturbing scenes.

Audio
It is great to say that FUNimation has managed to provide viewers with some great dubwork for Psycho-Pass Part One as all of the English voice actors fit their roles perfectly and actually seem to surpass their Japanese counterparts at times. Considering how things are explained, this is also a major plus as it might be difficult for some to understand a situation simply through subtitles if they were to resort to the Japanese voice track. 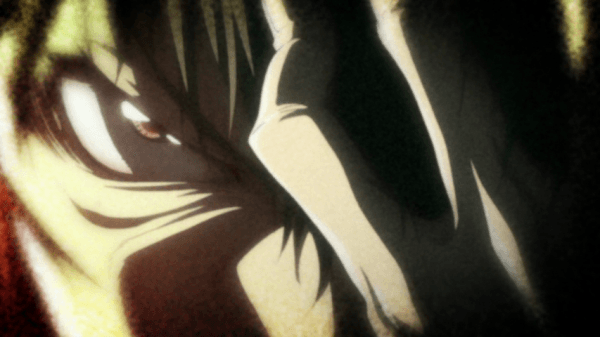 As for the background music in Psycho-Pass Part One, it is rather basic at times but it is worth noting that the ending theme often plays for dramatic effect over the last few seconds of an episode which is a nice touch. As for the aforementioned themes, the opening theme is “Abnormalize” by Ling Tosite Sigure, while the ending theme is “Namae no nai Kaibutsu” by Egoist and occasionally different parts of the song will be used for the ending sequence depending on how well they fit into a specific ending scene.

Extras
The extra features contained in this basic version of Psycho-Pass Part One contain a number of on-disc bonuses such as clean opening and ending themes, trailers for other FUNimation anime, two commentary tracks, and a video bonus highlighting events taking place at the most recent Sakura-Con that is roughly twenty one minutes in length and features interviews with the a few members of the Japanese production staff. 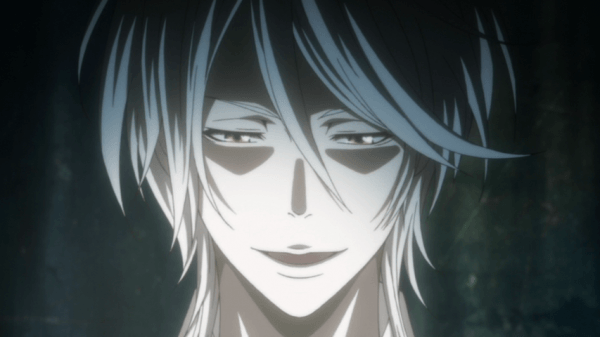 Overall
Psycho-Pass Part One throws viewers into the story right away and explains things as the series progresses which is beneficial to the way the series is set up. Unfortunately, although many of the events tie together, viewers interested in seeing how the Sibyl System is seen as incorrect will be left wanting for much of this first half. That being said, Psycho-Pass Part One does an amazing job setting up a dark world with a truly evil villain pulling the strings and it ends leaving viewers entering Part Two questioning the Sibyl System more than they already were.