Prince of Persia The Forgotten Sands is the next chapter in the fan favourite Sands of Time universe. Visiting his brother’s kingdom following his adventure in Azad, the Prince finds the royal palace under siege from a mighty army bent on its destruction. When the decision is made to use the ancient power of the Sand in a desperate gamble to save the kingdom from total annihilation, they unleash an army of skeletons, sand demons and huge beasts.  The Prince will embark on an epic adventure in which he will need to reunite the two pieces of the medallion used to unleash this evil and return them to where they came, but he will also learn to bear the mantle of true leadership, and discover that great power often comes with a great cost. 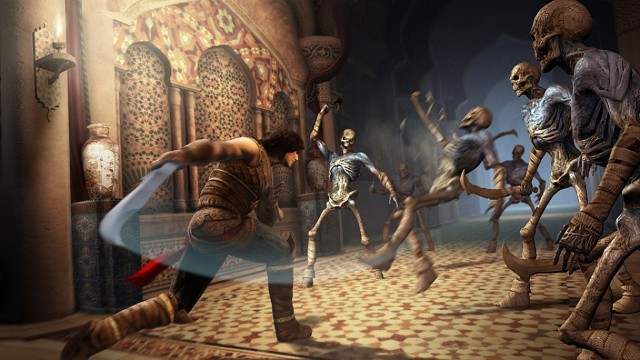 With the intro out of the way let’s dive in shall we.  Prince Of Persia The Forgotten Sands has returned and is back with game-play mechanics that you’ve all grown to love about the franchise.  Battling overwhelming amount of evil creatures and minions,  using the elements to solve tricky puzzles and of course running along walls with the greatest of ease.

Continuing along the lines of the Princes’ wall running skills, his athletic abilities are truly amazing .  The Prince clings onto anything and has the agility that will put a mountain goat to shame (it’s true mountain goats are very very agile) Jumping from pillar to pillar, leaping from one plank to the next, sliding along a ledge and leaping to the next and swinging from post to post better than any Olympic athlete  is a complete pleasure to watch.  Everything that Prince does looks very fluid and life like.  The Prince also comes equipped with a handy little sword which will come in handy with the amount of enemies he will be facing.  With the correct button combinations (which are not very complicated) you can perform some really powerful techniques and finishing moves whilst enemies are standing or on the ground.  Unfortunately the Prince cannot block attacks which is a little disappointing but with his athletic ability he will be able to roll and dodge out of the way of incoming attacks.

The Prince will learn pretty much all of his magical abilities and supernatural skills early into the game (by early I mean a few hours).  In a way it’s a good thing as then you can get stuck into a game and put these abilities to the test to complete puzzles and take down enemies.  Making its triumphant return is the rewind feature, where you can use the Sands Of Time to wipe out and rewind any mistakes you’ve  just made and let me tell you, you’ll be making a fair amount of them all thanks to platforms that dissolve into thin air, traps, swinging axes and everyone’s favourite the buzz saws on the wall. 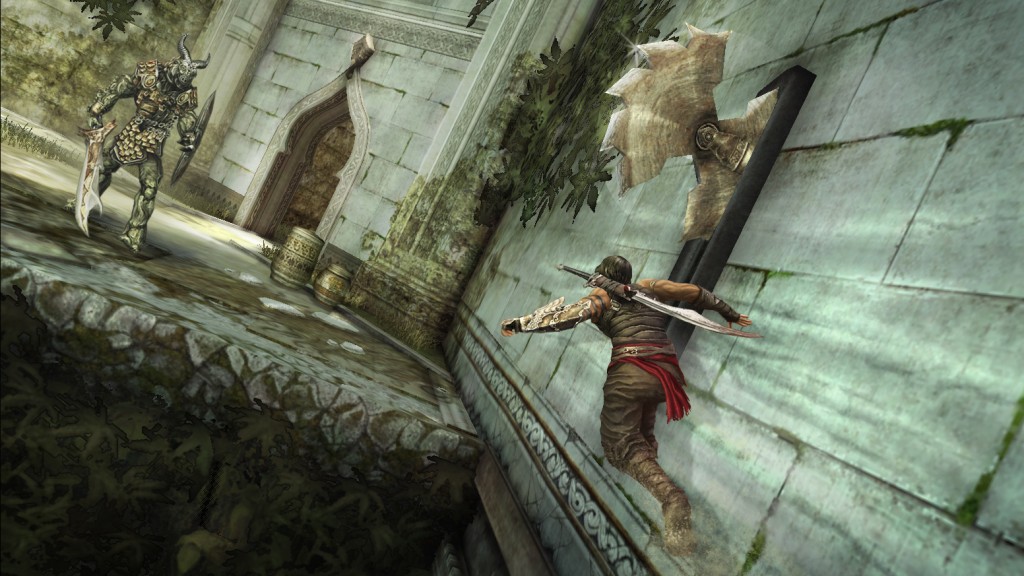 The Prince can also freeze water, it’s one super cool ability and will be needed to accomplish many puzzles, by freezing water you turn an innocent trickle of water into horizontal poles which you can then swing from one to the other , also thick streams of water can be turned into columns which you can climb up or down on.  The Prince will also have the ability to freeze and unfreeze water in mid-air  so that you can over-come puzzles and or just simply make your way through the area.  There will be times were you will need to freeze and re-freeze with pin point accuracy, it  can be a little painful to get this right but when you pull it off you’ll feel like you’re the king of the world !!

Something that would have made things a little easier while pulling of these acrobatic stunts would have been the ability to move the camera around the way you like it. Sometimes the camera angle is fixed while other times it follows you around; this is something you will need to overcome especially when tasked with difficult puzzles or jumps. 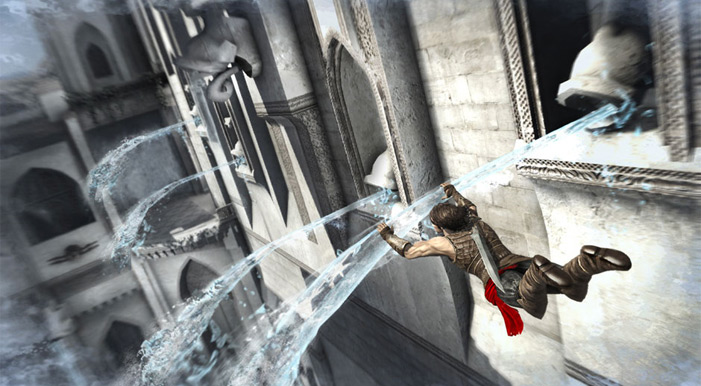 Once you’ve taken the final boss to the cleaners, the challenge  rooms appear.  As the Prince is the master of agility, your first thought would be platforming action making your way from point A to B in the quickest way possible using all your acrobatic abilities with rewind and water freezing skills.  However  the focus of the challenge rooms is combat.  There are a total of 8 waves of enemies that get difficult with each wave. Your goal is to smash your way through them in the quickest amount of time.

UBISOFT have started introducing a service called UPLAY.  For people not familiar with this check out the article we did on it a while back.

UPLAY rewards gamers for completing certain task’s within the game, they are similar to achievements/trophies but once you earn them you can use the points to unlock cool little extras.  The points can be redeemed on any UBISOFT title that supports UPLAY.  With Prince Of Persia you can unlock a few extras, one of which is a playable EZIO from Assassin’s Creed II.  UPLAUY is a cool little feature that will certainly get gamers hooked but only if the unlockables are worthwhile.

Graphically Prince Of Persia looks and feels very smooth, everything flows quite nicely, character models look good and the level designs are great.  I  certainly had a feeling of Déjà vu  with some of the earlier levels in the game as it brought back some good memories.

Prince of Persia: The Forgotten Sands has improved in certain areas and stayed the same in others.  The acrobatic gameplay with freezing and un-freezing water on the fly is great and is a little more complicated than the previous versions of the game making this far more challenging and fun.  Combat has never been a strong point in the Prince Of Persia series, the inability to block would of been nice but instead a roll out of the way is your only way to avoid being smashed.  The fixed camera angles also make you feel like you’re caged in as you can’t see what you’re doing in certain parts of the game.  Forgotten Sands is great for newcomers to the Prince Of Persia Series. Trying out the game for the first time will really give them a great impression.  For the hardcore fans they’ll be wondering when the franchise will hit higher ground.

Overall UBISOFT have made a solid effort.