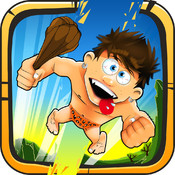 Yabadabadoo! Oh dang, wrong caveman franchise. Since it’s debut in 1991, Prehistorik has developed a notable cult fan base and is no stranger to the iOS. With the original Prehistorik and Prehistorik Man from Interplay getting iOS ports already, Joystick Replay hopes to tap into this market with a modern remake of the original caveman-themed platformer. It’s a solid attempt that plays very similar to the original title…for better or worse. 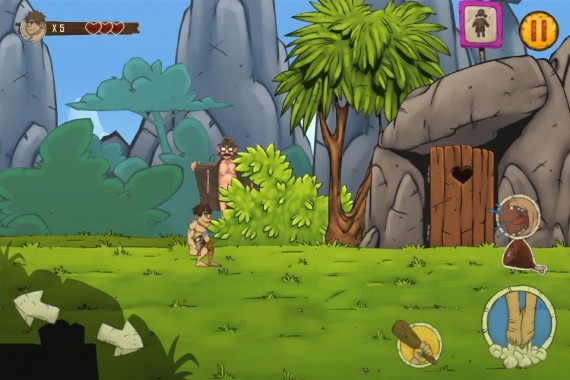 Prehistorik is a 2D platformer with a twist – before you can push forth and complete the level you must first collect a certain amount of food for your village. It may not sound like a big deal but in the early 90’s this idea was pretty out there. Level design is decent, boss battles are epic and cool ideas such as prehistoric jet packs break up the gameplay to keep things fresh. It all sounds great on paper but sadly the execution is way off.

As any platforming fan will tell you, physics can make or break a platformer. While the controls are true to the original, the character lacks weight and feels awfully “floaty”. But hey – so did the original. Controls are not as responsive as they should be, some collision detection issues are present and on a couple occasions I had the game crash on me as well. These don’t ruin the game but they are frustrating. It should also be noted that Prehistorik is far from a casual game. Straight off the bat it’s surprisingly difficult. It’s no Mega Man or Battletoads but don’t expect your 5 year old nephew to get very far. It’s great, because even if you’re unfamiliar with Prehistorik is really brings back memories of the old days back when you had to work your ass off to beat a level. Gameplay is also very slow thanks to a large amount of NPCs talking to you which means there’s a lot of reading involved throughout the game. With no skip or fast forward options, this really slows down the pace and interrupts the flow of the game.  Sadly, with all the core issues of the game such as  controls and other small things that hold it back it’s equally as difficult to simply control the character. That mixed in with the difficult level design Prehistorik isn’t exactly very fun to play. It’s playable, but it only just scrapes by. 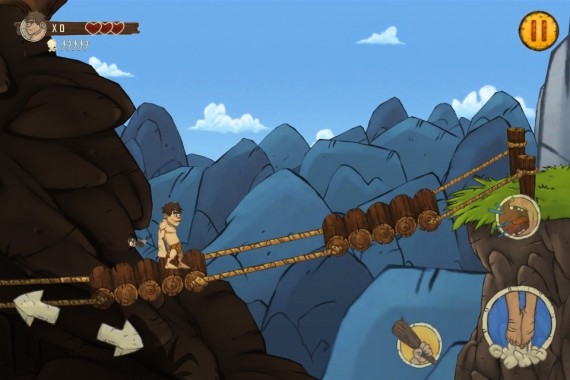 The main redeeming aspect of Prehistorik is the presentation. Graphics are bright and colorful and are filled with character. Crude humor is a common theme here, with modern technologies such as jet packs to traffic lights and even trench coat-wearing creeps who want to flash you. Character design is memorable but not of the same style as the original which should be noted. The original Prehistorik had a distinct personality which is in no way emulated in this remake. This modern adaptation has it’s own voice and style that is distinctly different. This isn’t to take away from the fact that it is still wonderfully designed but while many elements are reminiscent of the original, they are in completely new light. I can’t confirm if the soundtrack is modeled after the original soundtrack or not, but I highly doubt it. Regardless it gets the job done and sets the tone and atmosphere well for the player, but nothing stands out as remarkable. 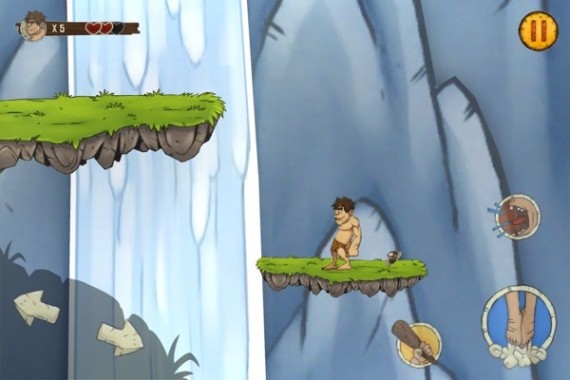 It’s hard to find a decent platform title on iOS devices for similar reasons as to why Prehistorik fails to impress.  Sure it looks beautiful, sounds beautiful but it also plays awkwardly. Although it does pack a lot of kick ass ideas and personality, floaty physics, non responsive controls and just overall clunky gameplay make Prehistorik a major let down. Packed with character and shows promise of what the game could’ve possibly been, this remake ultimately is a disappointing experience. On the bright side however, it’s got dinosaurs! So there’s that if you’re interested.