Overview
For the past 20 years, I have held the Power Rangers franchise on a pedestal. Sure, I am now 27 and some say that is a bit too old to enjoy a product aimed at kids, but since I was a kid when the first five morphed into action, I think still enjoying my nostalgia is perfectly fine. One part of the namesake however that has always been hit and miss has been the video game releases. Honestly, it hasn’t been since Super Legends since I legitimately enjoyed an adaptation, as the quality just hasn’t been there. Power Rangers Super Megaforce is yet another stab at bringing the latest set of heroes to portables, and has landed on the 3DS. Is this title enough to snag up just for the sake of it, or another disappointment to add to the list? Let’s find out. 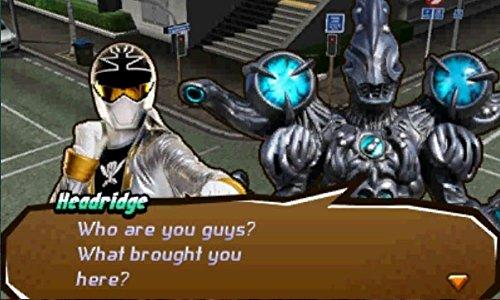 Gameplay
I would do a story section in most reviews that actually have a story, but the one within Super Megaforce is so light and slapped together that I can’t exactly recall any dialogue that actually meant anything. Sure, that is to be expected somewhat, but if you have played one you have played them all in terms of a narrative, as this title has the rangers fighting “monster of the week” over and over until the big boss makes an appearance and poses a true threat. Players start the game by selecting not one, but two rangers to take to the streets and bash enemies with. Before you get too excited, this is mainly just to feel like there is a team aspect to the game, and never truly adds anything to the experience. You can set the AI of your partner for close combat or ranged attacks (or go for balanced), but this feature also comes with flaws as every time I used ranged, my ally would just sit from far away and do very little to fight. 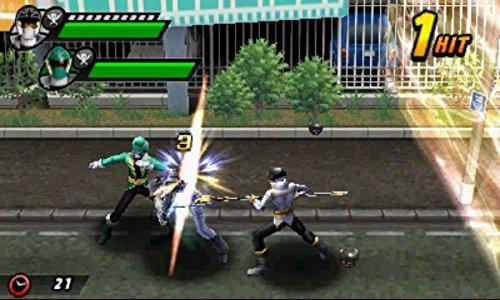 You would think that adding two players – even if one was computer controlled would add a a layer, but there are no double team moves, just another ranger on the screen offering extremely mild assistance. To best explain the genre we are dealing with here, Super Megaforce sells itself as a beat-em up. I suppose this is correct as the rangers do utilize their attacks while walking on a side-scrolling path, but for some reason, the developers removed the martial arts from the game, so it is just blasters and weapons that we get to use to attack with. If this were any other series, I could let this pass. Sadly, this is Power Rangers and martial arts have gave the franchise its spirit since Super Sentai was birthed in 1975. That being said, the gameplay is a bit stiff, but playable. Though there are not a ton of attacks and the action is a bit slow, I found myself getting into the rhythm of things for the most part and making it up to the grand boss battle that would follow. 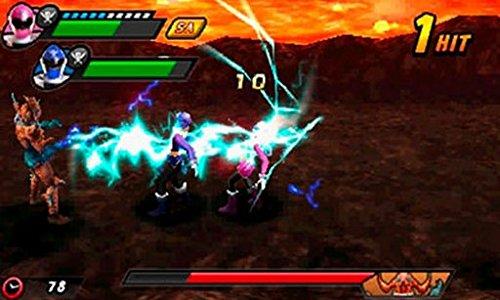 Yes, the boss battle. To defeat a boss, players have to fight through repetition as they pound on a boss with a large HP bar. Bosses are supposed to have a lot of HP, but the ones in Super Megaforce have far too much compared to the standard henchmen, and the game goes from stiff to boring almost instantly once one of these fights presents itself. If there was a special challenge or a unique mechanic attached to the game, sure – I would understand this. However, all that it takes is patience to win as the player’s special moves do little to deal extra damage and outside of changing a technique from time to time, which is not a positive as most bosses do not have much to provide any type of obstacle that the player can feel good about defeating. 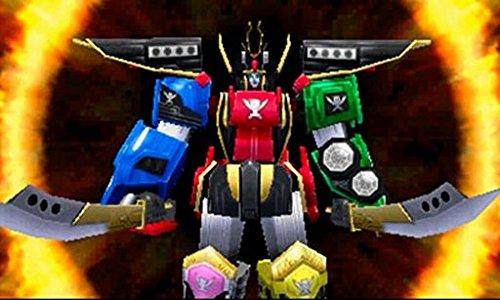 The Megazord battles are a bit better because they are over rather quick, much like how it goes down in the television series. The battle system works for these bouts as its honestly just a paper, rock, scissors fight, where players select an attack and hope that the boss is left open to take damage. Sure, its simple and not very thought through, but it services the game and if the stages were better, I would have no qualms with these segments ending each chapter. Players can collect coins as they traverse through the game, which can be utilized in the in-game shop to purchase potions, and unlock bonus features for the game. Sadly, there is a gimmick attached with unlocking rangers by buying special keys separately. If this were a better game, I would dish some cash to play as Rock, Aisha, Kimberly, and Tommy, but asking your consumers to pay more is a bit of a slap in the face for such a boring experience.

Visuals
I don’t want to harp on the visuals even if they are a bit dated, as the rangers still look like themselves and we could have seen worse. The animations however are very limited and choppy at times, and the worlds themselves are nothing to write home about. Its not that the detail isn’t there, its just that it all comes together as plain, dark, and muddy as a whole. Scroll up, look at that boxart. The suits are brightly colored and the logo is sharp as a tack. That isn’t what players are getting with this experience, and its sad to see that more love was not put in. 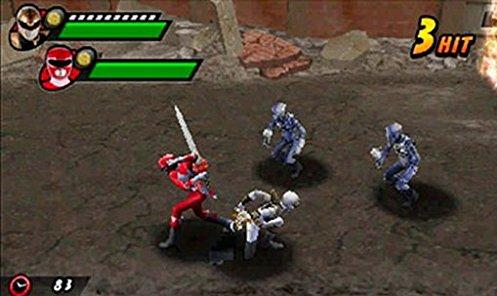 Audio
The audio isn’t much better. There is a bit of voicework, but it seems poorly done as the dialogue is nothing more than screaming out the colors as well as the team name from time to time, with a bit of grunts specific to the ranger. The soundtrack is terrible. Not all of it is the game’s fault as the mockery Saban has made by trying to remake Ron Wasserman’s tunes is something that is out of Bandai Namco’s hands, but the generic beats in the game itself really paint a picture of how little love went into making what could have been a special piece of fan service.

Overall
Power Rangers Super Megaforce has a small spark to it. I wanted to enjoy it as the blueprint for a good Power Rangers title feels like it is somewhere buried underneath the blandness, but sadly, with no martial arts or personality to speak of, this title ends up feeling boring and stiff overall. I understand that younger gamers are more forgiving, but why should developers cut quality when they don’t have to? There are fans who have been throwing money at Power Rangers for years, and it feels like a slap in the face to myself, and all of those fans who will go out and pick up this release due to the fact that there isn’t another option, just to get a little more entertainment out of their favorite brand. Do yourself a favor, ranger fans. Keep waiting, as Super Megaforce is simply a disappointment.