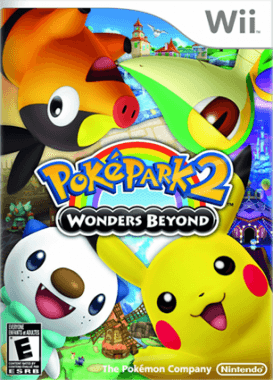 Overview:
When a game has the name Nintendo tagged on it’s case, one usually expects the game to be worth the dollar. Nintendo has just built that mind share over all these years of brilliant Nintendo games. But while Nintendo have significantly more successes to their name than failures, they are of course capable of error. PokePark 2: Wonders Beyond is one of those errors.

The concept behind the game and the PokePark series itself is a rather solid one, but it’s execution is so haphazard and flippant that the concept is not done justice. It’s a very rare occasion when a franchise as well respected as Pokemon is so poorly handled. PokePark 2: Wonders Beyond could have been more, but Creature Inc’s uncharacteristic laziness is ultimately the only thing that players will remember about this carelessly crafted mess. 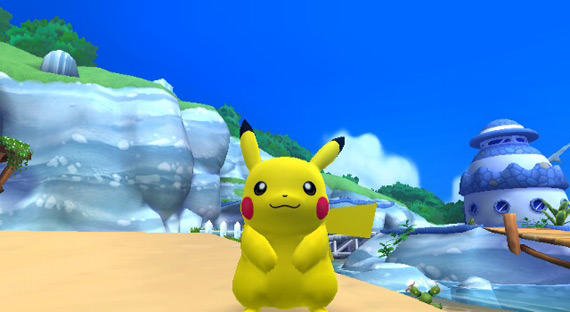 Story:
For a game so heavy in dialogue, PokePark 2: Wonders Beyond barely has a plot. The story revolves around Pikachu and his best friend Piplup as they visit a new PokePark, they stumble upon some bad Pokemon that are planning to destroy the PokePark, so Pikachu must save the day.

It’s as cut and dry, cliched and generic as humanly possible and the characters themselves are no better. For a game that is clearly targeted at children, I feel Creatures Inc dumbed things down too excessively. But it’s always possible they just didn’t bother. Instead they just regurgitated stock standard dialogue over and over instead of bothering to develop personalities or further the plot.

This is a children’s game, definitely, but that does not mean that you can not tell a decent story or at least have some meaning to this chaos. Take Pokemon: Black and White on the Nintendo DS for example, they featured some of the best storytelling in the Pokemon franchise to date. PokePark 2 is a game that is perfect for a deeper level of storytelling instead Creatures Inc. opted to slap together what is all in all a lazy effort. 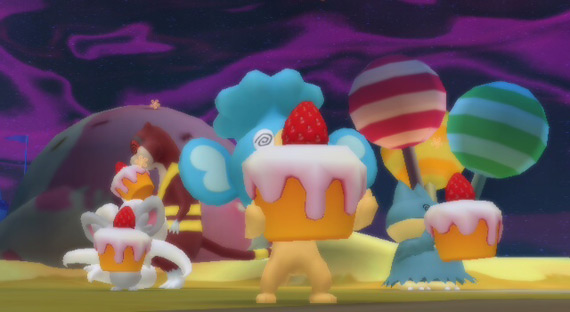 Gameplay:
To make matters worse, PokePark 2: Wonders Beyond features what can only be called deeply flawed gameplay. The controls are incredibly scabrous and at times rebellious. Most things in this game, just plain do not work and more times then not you are just twiddling your thumbs because you’re not actually doing anything but following another Pokemon to yet another wall of nonsensical dialogue.

This game is supposed to be an adventure game with a mini game here and there, yet it boils down to something so reprehensibly linear and monotonous that one is left to wonder whether they are just following prompts instead of actually interacting with the game in any meaningful fashion. I did not at any point feel as though an adventure was to be had in this game, instead I felt as though I was partaking in a dolled up chat room filled with infants who had just learnt how to talk and just would not stop using their new found talent.

There is very little to like about this game, that goes for people of all ages, children included. There is zero substance to this game. A child would not even enjoy this game, because you spend more time going from A to B and reading dialogue than you do actually playing the game. This wouldn’t be a problem if the story, characters and dialogue were any good, but they just aren’t. Even worse is the fact that the moments when you actually engage in battles or mini games, the controls hamper any level of enjoyment that could possibly be excreted from this ‘game’ because they are very inaccurate and often unresponsive. There is just so many things wrong with this title fundamentally that I can not believe that Nintendo would sanction it’s release. 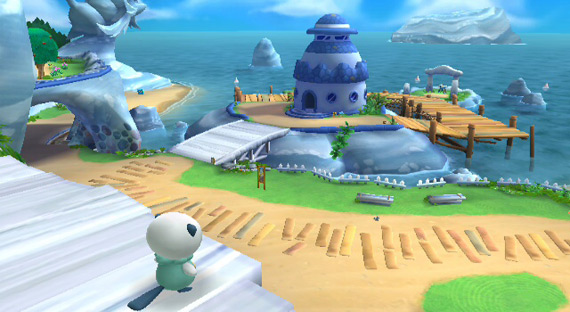 Visuals and Audio:
Thankfully it isn’t all bad, because aesthically and aurally, PokePark 2 is actually pretty decent. The game does suffer from some visual inconsistencies, but it still looks pretty good for a Wii title. There are some great textures and well conceived environments, despite the occasional rough spots here and there. The thing that impressed me most was how good the Pokemon’s character models looked. They look very smooth, which does make them seem out of place in some of the not so smooth locales, but smooth none the less.

The game employs a suitable plucky soundtrack, that has some pretty good tunes thrown into the mix. It is in consummation forgettable however, which is the only down point of a rather rock solid OST. 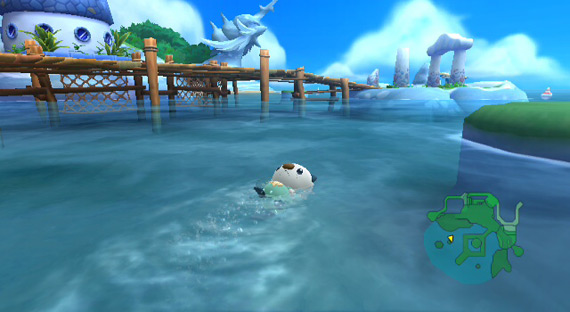 Overall:
The question needs to be asked; why did Nintendo allow the release of a title so flawed? Was it a cheap cash in or did they truly believe that Creature Inc. had done their best with this game? We may never know, but what we do know is that this game is the summation of apathy and a lack of aspiration. There was very little care put into this game and it shows.

PokePark 2: Wonders Beyond is at the end of the day a weak attempt and a game that even children would turn away. If you are looking for enjoyment, this is not the Pokemon game to give you that. These kinds of grave missteps are a rare occasion for Nintendo, after playing through this game, I can only pray that these occasions stay that way.