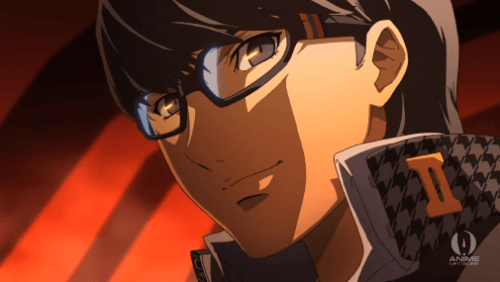 Persona 4: The Animation
Episode 1 – “You’re Myself, I’m Yourself”

The Shin Megami Tensei video game series are incredibly popular and the hype that paved the way to the premiere of Persona 4: The Animation may have raised the bar too high for what was delivered. It’s important you know that I have never played a Shin Megami Tensei game in my life, let alone the game in which this series is based off, so I do have any preconceptions or expectations of this series going in. However what was shown was to put it lightly, well… light.

The pacing was all over the joint and in the end it felt like very little happened (hence feeling “light”), when in reality these were probably all huge things in the game. I found the majority of the episode to be disjointed with some gentle strokes being taken with the quiet school life, to the suddenly big strokes of a murder mystery and then all the bizaare entrance into the television world, or something.

Things happened so eradically and that would be fine if the character’s had enough strength to hold it together. Unfortunately, they were each paper-thin in terms of personality (ironic for a series called Persona). I could hardly describe any character’s personality besides the protagonist’s school friend who is somewhere between a pervert and total screw-up. 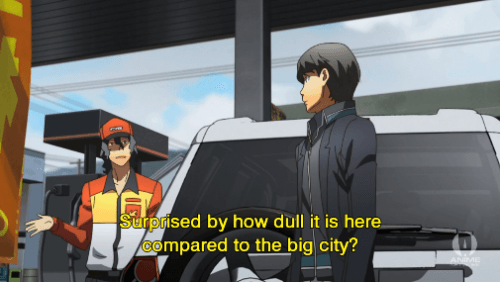 But the biggest disappointment is the main character, who has no personality. Literally, none! He says about 3 or 4 lines the whole episode, and just get’s some sort of powers at the end and fights these monster things, which wasn’t really explained at all. Even worse is that nearly all decisions he makes, make no sense. Why does he randomly decide to go inside of a TV in a public electronics store. What would even make him think of going into it? Well, we don’t know because it wasn’t really, well, explained. He just does it.

It is such a difficult thing to explain when an anime just feels so bland, whilst trying to pull off such interesting imagery as the innards of the television world we see here. It just baffles me how such promising material can be handled so poorly.

At least the animation and artstyle of the series are impressive. The television world, is brilliantly concieved and looks amazing. The ever-present yellow of the other world really seems memorable to me, not often is that colour so heavily used. The character designs were also interesting but, it owes that to the game in which it is based off. Thankfully there was a really nicely animated fight scene come the end of the episode. But it was note enough to make up for the let-downs of the episode in general. 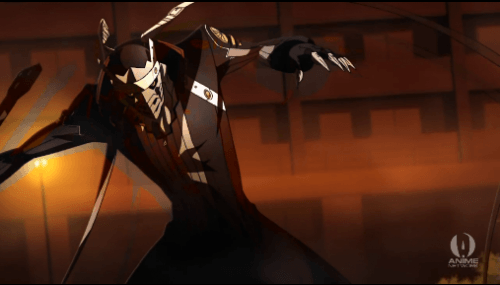 The music here was vapidly original but used incredibly poorly. In scenes in which the music should’ve been used, there was nothing but silence, and in the scenes in which there should have been silence there was music. The opening and ending are both funky little tunes that are more lively than the majority of the entire episode.

This kind of poor audio direction is simply confusing. I don’t understand what was going through the creators heads while making this. They just seem to have little idea where they want to go w ith this or how they want to go about this.

Overall Persona 4: The Animation’s first episode is unfortunately a disappointment. There was so many things that went wrong and not enough things going right to make up for it. There is potential here though for things to improve, we will see where they take things, but it needs to be somewhere great to make up for this horrible pacing and poor characterisation.