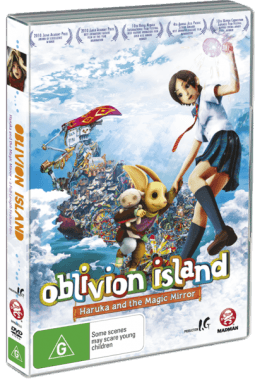 Overview:
While anime may be many people’s most favorite form of media coming out of Japan, the nation is quite well versed at providing entertaining computer-animated movies as well. As such FUNimation has brought one such computer-animated movie to North American shores. This interesting looking title may be unfamiliar to many anime viewers, but no one has ever said unfamiliarity is a bad thing. As such, is Oblivion Island: Haruka and the Magic Mirror worth a purchase?

Story:
Nearly everyone has had things that they have lost over the course of their lives. In fact, I’m sure a few of you may even have lost something today and no matter where you looked for it you just couldn’t ascertain its location. Well, it turns out that there may just be a fox that has come and taken it from you because of the lack of attention and neglect the lost object has received. 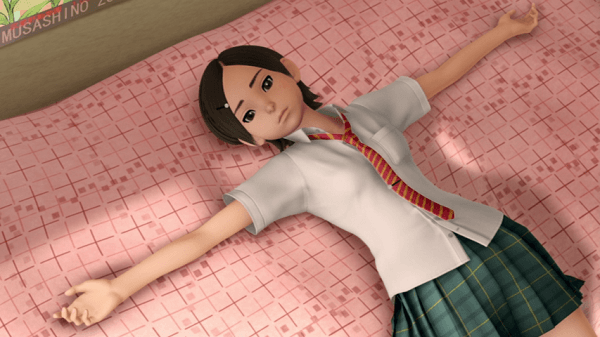 Haruka and the Magic Mirror begins with a brief Japanese fairy tale being told by Haruka’s mother about how little fox creatures will come and collect various items that have been neglected and if you happen to pray to these creatures you may just end up getting your lost item back. Unfortunately Haruka’s mother passed away when she was a young child and one of her few mementos from her is a decorated hand mirror.

As time passes however and Haruka becomes a teenager and her family moves into a smaller house, things become forgotten and mistreated. However once Haruka begins to remember her long-dead mother she discovers that she unable to find the mirror left to her by her mother. Remembering the story once told to her by her mother, she visits a local shrine to pray for the mirror to be returned to her.

Here she encounters a small masked creature that she follows to follow into a mysterious world where all mistreated and neglected things end up. With only this little fox creature to help her, Haruka not only must try to find her lost hand mirror, but also overcome the wicked plans of Oblivion Island’s Baron. 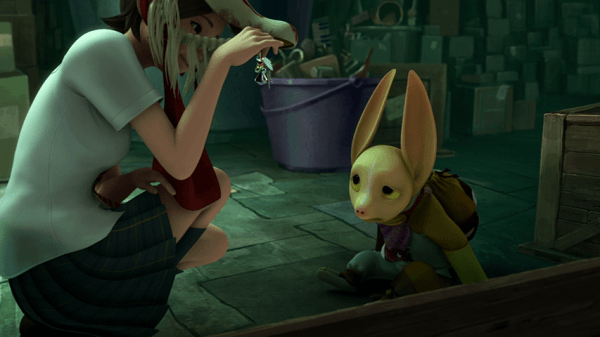 Considering Oblivion Island: Haruka and the Magic Mirror is simply an hour and forty minute movie there isn’t too much room for character development or too much of a depth to the show’s plot, it is interesting to see the way Haruka’s personality towards her father change from the beginning to the end of the movie. Haruka and the Magic Mirror does offer an interesting interpretation about the things that people lose that, at least I have never heard of before. On the other hand the movie’s storyline is quite predictable and loosely held together, though these issues are alleviated slightly with the amount of charm that Oblivion Island exudes.

Visuals:
If there is anything that will ensure you will never forget Haruka and the Magic Mirror, it is the movie’s visuals and animation. Oblivion Island has some of the most breathtaking anime-styled CG that I have ever seen. The amount of details in the world and the characters is absolutely wonderful. Considering Oblivion Island occurs in a world full of lost and forgotten things, the amount of little objects and items worked into the environment is stunning. 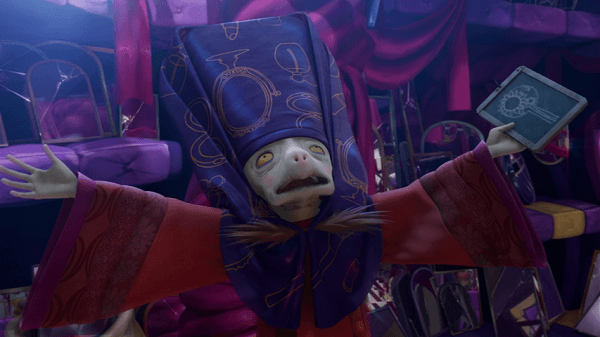 What makes this visual style work even better is the fact that the character animations are handled so well. Not only are the characters’ faces very expressive but they also are well varied, with the foxes of Teo’s world coming in all shapes and sizes, each one designed as impressively as the next.

Audio:
As one would expect, FUNimation has provided both the English voice track and the original Japanese voice cast for those who would prefer that option. The English voice actors have done an adequate job with their performance, with the lesser known voice actor, Christine Marie Cabanos, providing a believable performance as the teenage Haruka, though Teo’s voice actor Cassandra Morris attempts to perform what sounds like a male voice for the character but simply makes him sound effeminate. 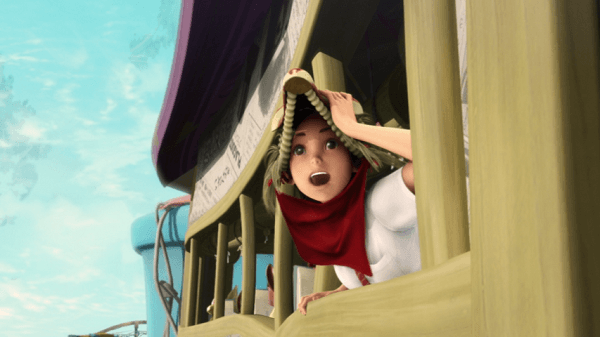 On the other hand Haruka and the Magic Mirror contains some rather amazing background music throughout the movie. There are a few segments of the movie where certain scenes are made all the better thanks to the impressive background noise. To top this off the show also contains an abundance of background noise and sound effects which are handled well throughout.

Extras:
Oblivion Island: Haruka and the Magic Mirror contains a large number of bonus features, however except for the US trailer and previews for past and upcoming FUNimation releases, everything bonus feature is in Japanese only. This is a bit of an issue for those who don’t enjoy reading subtitles or listening to the Japanese voice track. 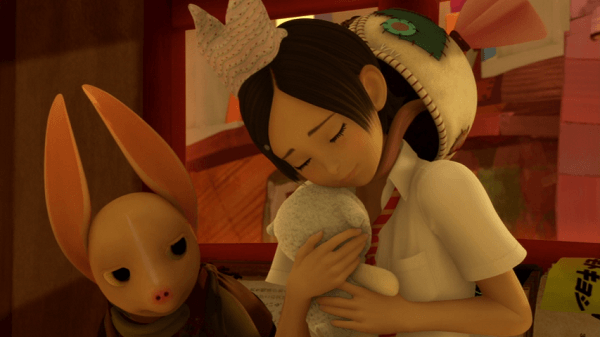 As such, the Japanese bonus features are things such as original teasers and commercials as well as promotional materias. Along with these simplistic features is a rather informative and enjoyable explanation of fox folklore that many may want to watch before actually watching the movie itself.

Overall:
Oblivion Island: Haruka and the Magic Mirror takes the interesting concept of lost and misplaced items and puts a new twist on things while following the journey of a teenage girl as she remembers how important memories of her mother and family truly are. While the storyline may be a bit predictable the absolutely stunning visuals will leave a lasting impression on those lucky enough to experience Oblivion Island.