Who said that the adventure genre was dead? Well, it’s not! More and more developers are starting to remaster their old titles, porting them to other consoles or updating the graphics (Monkey Island(TM 🙂 ), King’s Quest) or simply making a new game all-together strictly following the classical point-and-click games recipe.

For a huge adventure fan like myself, I must say this is very pleasing. I think that this genre has great potential and has been way overlooked by gamers and developers over the years .

Her Interactive is one of those companies who kept the adventure games spirit alive. Their portfolio includes PC and console games like The Hardy Boys, The Cody Papers and of course the entire Nancy Drew Adventure series.

If you’re new to the Nancy Drew games, you might be surprised to find out that Trail of The Twister is the 22nd (twenty-second!) title of the series! The teenage detective has seen a lot of mysteries for her age and she is ready to start working on her latest case! 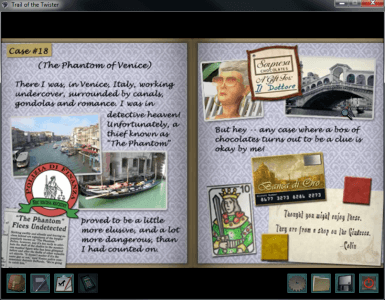 Nancy is called to join a team of storm chasers who have entered a competition for $100,000,000 to discover a formula to predict tornado touchdowns. She must investigate the source of a series of strange equipment failures and crew member injuries. 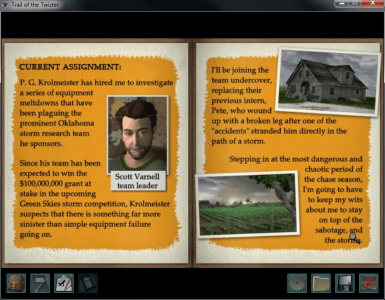 You start off in Nancy’s bedroom where you get a little background info on Nancy who invites you to check out her previous cases in form of a collage of photos and comments. You’ll also find a tutorial available in form of another book called “How to be A detective” showing you what’s available in the game. 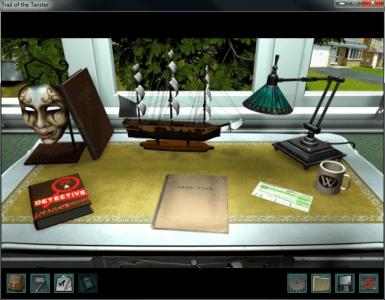 I was very happy to find out Nancy has a cell phone! You’ll be able to use that to communicate with different people throughout the game and it will also be very useful as a camera! Also you will have the possibility to use a car to move around town which is a definite plus and also a GPS system will also be available. Unfortunately the latter is pretty annoying to use and what’s more you almost get killed because of it! That’s all I will reveal as I don’t want to spoil the fun! 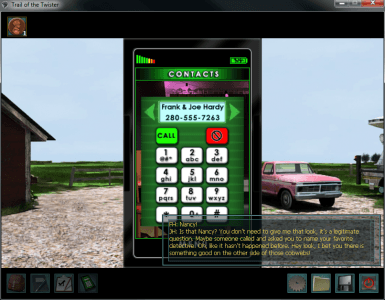 The game has two difficulty settings: Junior Detective and Senior Detective, the difference between them being the puzzles and also some aiding items like Nancy’s task list in which she writes down all her TO-DOs for that day. She has a Journal to keep track of her progress throughout the game.

As soon as you arrive in town you start meeting the locals, each with different attitudes which will shortly make you think everybody is a suspect, a feeling which will not go away and you will be left guessing until the end of the game, thus no dull moments will occur! 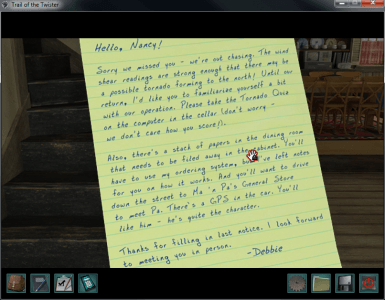 As in all good adventure games you will be everyone’s favourite errand-boy…(err…sorry)…girl. I would even go a little further and say everybody wanted something from me! Where’s the generosity people? I felt exploited and I couldn’t fight back in any way! If you want something in this game you have to work for it, which I guess is OK as nothing is free these days :). 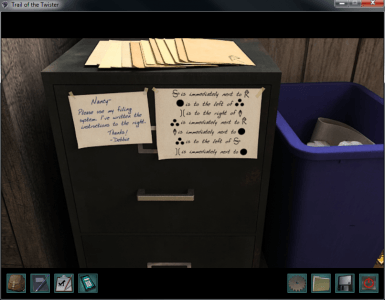 The errands come in form of puzzles which will vary from repairing circuits, TVs and sprinklers to catching mice or photographing clouds. The puzzles are all very logical and keep you hooked, without getting frustrating though! There’s even a small economic system built in the game as for some tasks you will have to buy objects from the store, using the local currency, Pa’s Pennies , Pa being the owner of the store. 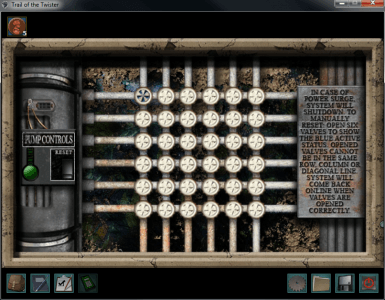 There are three ways of getting these Pennies. You can complete main plot quests, search for coins throughout the game as they will be lying around in some places  or by playing mini-games. Mini-games are a lot of fun and will be very rewarding! 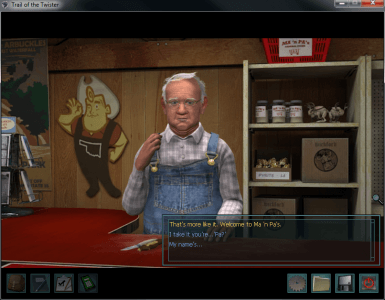 You will be controlling Nancy from a first-person perspective. You’ll be able to do 360 degrees turns in most of the scenarios and you will navigate throughout the game by point and clicking, which I must say at times can get a little annoying as you have to search for the directional arrows on the screen. 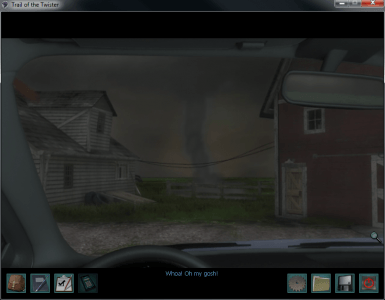 
Except for the characters that are pretty dynamic and have great facial expressions, the graphics are pretty primitive; I mean the Nintendo 3DS is coming out, nVidia also launched 3D graphic cards and TVs and Trail of the Twister is stuck on still-scenes and some animation…I guess they could have put more effort into the graphics part. 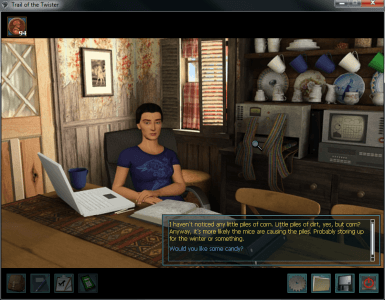 But what the game lacks in graphics makes up in the sound section. ALL the game has good voice-over which is really helpful and you don’t find in all games plus the soundtrack changes according to the scene and the action. 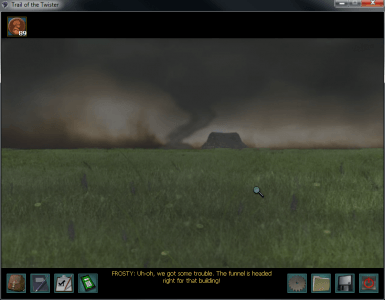 Trail of the Twister has some elements designed to immerse yourself into the game’s atmosphere. I like that you are told when to- and eventually have to- go to bed, it gives a more real-life feeling to the game  and also opportunities like late-night-detective-snooping around the house and early-morning errands show themselves. 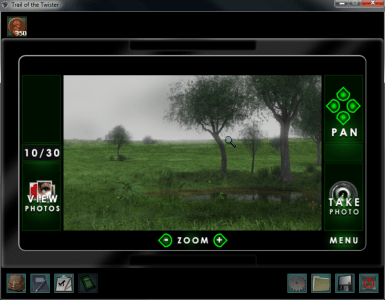 You will also notice that a lot of useful educational information can be found throughout the game in the form of puzzles, newspaper articles or and characters’ comments. 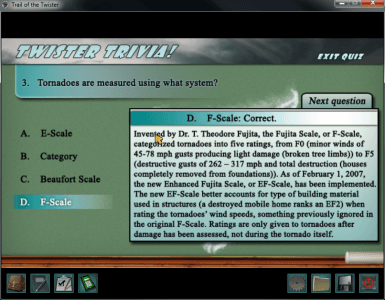 Upon finishing the game you will notice that the developers inserted game achievements for you to complete. This is a great thing and also gives the game great replayability potential.

The game is a lot of fun and is accessible for both genre fans and newcomers! Leaving the graphics part aside it can be seen that great attention to detail has been given in the making of this game through clever logical puzzles and great plot turns. 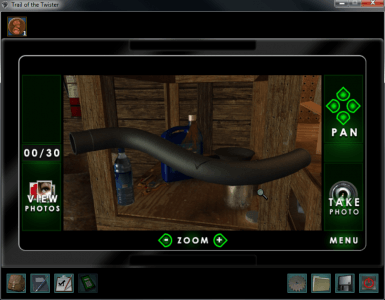 In my opinion the game has everything a good adventure game should and for that I award it 9/10 Capsules!