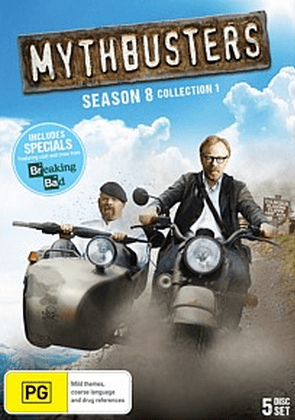 Overview
The unknown, the mysteries, the unproven – these are the things that get busted in the wonderful world of Mythbusters. These curious blokes and one lovely lady, set out to bust the world’s greatest myths and of course blow things up if they have the chance. That is where the appeal of Mythbusters lies, in the questions we all want answered, the mysteries we want solved. That is the hook that has taken Mythbusters through 8 seasons, if there is a myth to be busted, these guys are ready and willing. So now in its eighth season, how does it weigh in? Are the myths still as intriguing? Does bustin’ still make you feel good? Yes it does. 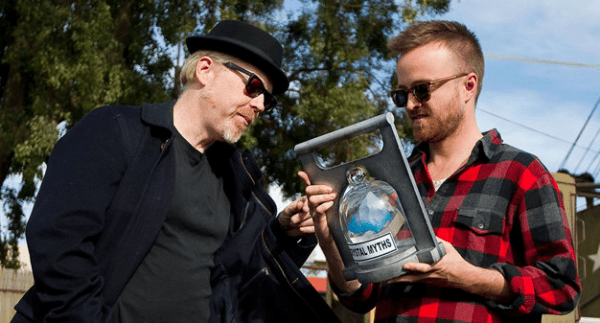 Story
After 8 seasons many TV programs would be running on fumes, the hook that brought them to the game would no doubt be strained and tired, worn after seasons of episodes filled with creative content. But in the case of Mythbusters things just keep on getting better.

They keep on finding more and more insane myths to bust and more creative ways to go about them. Who would’ve thought that they could still be so good after so long? Well the Mythbusters are that damn good and this season may just be the best yet.

In particular they tackle the ‘This is not meth’ scene and the acid bathtub scene. If you’re a fan of Breaking Bad you’d likely recall both scenes quite well and would be interested to see them play out in a real-life platform. Mythbusters does just that in what is perhaps one of their best episodes to date. The episode even features special guests Aaron Paul and Vince Gilligan of Breaking Bad fame.

All around this is a great season of Mythbusters, in fact it features several of the series greatest episodes to date. It bares repeating that this is a simply phenomenal effort on the part of the entire Mythbusters team. To still be able to crank out such creative content after 8 seasons is truly impressive.

Whether it be the Breaking Bad episode, the Halloween special or even the crazy Deadliest Catch episode, this is one hell of a season of Mythbusters. There is so much variety on show here, it is utterly astonishing how much one episode can vary from the next but still feel so inter-connected. It is one of Mythbusters finest qualities. It is like a chameleon in many ways, each episode is highly distinct and each myth unique and intriguing in its own ways. That is what makes this show so interesting, you never know what myth they will solve next.

This is a great pick-up for any Mythbusters fan. Beyond Entertainment’s release covers 5 discs of episodes from the 8th season including episode 200 of the series. If you’re a Mythbusters fan this is a must-have, this is one of the best seasons of the series to date and is a real highlight of what this series is all about and what it can achieve at its best. It is compelling, engaging and involving television that will no doubt have you hooked from start to finish. 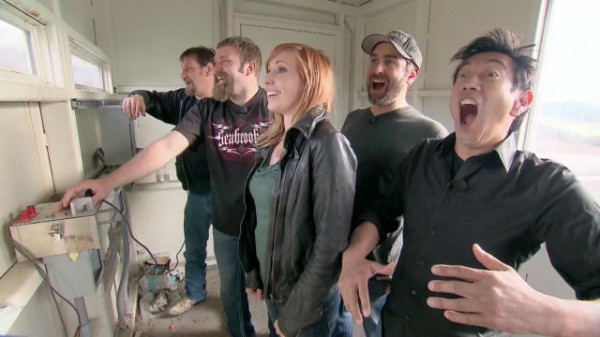 Visuals and Audio
As far as visuals go, Mythbusters has a very traditional variety doco style to it. Its a fun little style of cinematography that works great with the style of program that Mythbusters is. The setting for the show can vary quite often depending upon the episode, however most of the myths they solve are performed on site at the Mythbusters studio, which by and large just looks like a grungy warehouse at times. It gives Mythbusters a nitty gritty feel that does actually work really well in the shows favour.

The soundtrack for the series is great to say the least. It features the classic Sharp Dressed Man as the unforgettable theme song of the series and a plethora of other incidental tracks that carry the action on screen from scene to scene. It all works quite well and rounds out a great quality production through and through. 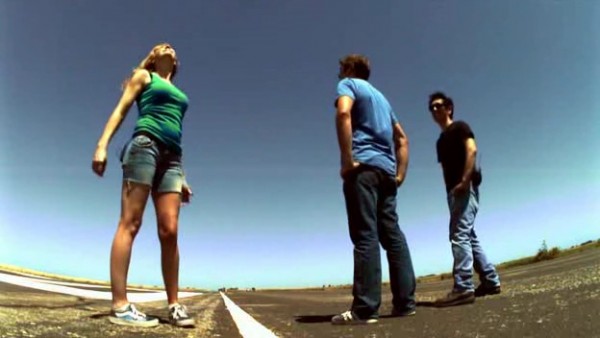 Extras
In terms of extras, Beyond Entertainment have actually included several bonus features in this very special collection of the 8th season of Mythbusters. Not only does it feature 15 episodes of the season, it also features some great extra scenes and even some after show specials to add to the content of the episodes. All of this spans across 5 discs of content, making for what is one of Beyond Entertainment’s best releases to date. 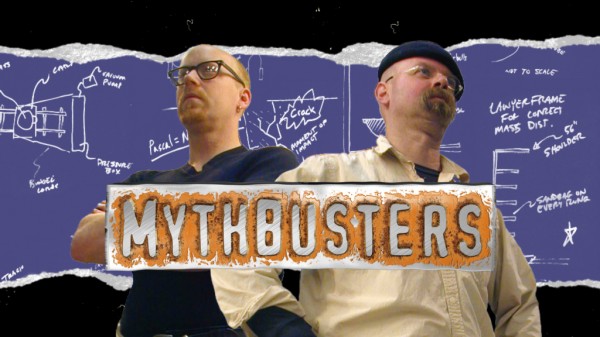 Overall
What Mythbusters accomplishes with this phenomenal 8th season of television is incredible. It is almost unheard of for a series to remain so fresh and captivating after so long on the air. Yet somehow, someway, Mythbusters does just that. In fact it has gotten even better. The scale of the myths is bigger, the way they solve them has become even more creative and the show has become all the more fun because of it.

This release is jam-packed with content including some awesome special features that will undoubtedly delight Mythbusters fans. This is a superb release of a superb season of television and an absolute must-have for die-hard Mythbusters fans. If you’re new to the series this is also a great starting point, the myths featured here are very interesting, with no dull episode in sight. This is the epitome of what Mythbusters accomplishes as a TV series and if you’re looking for a spot of fun, why not get down to bustin’ with the guys who do it best. Mythbusters season 8 is must-see TV.