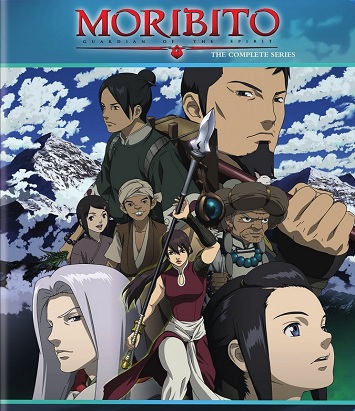 Overview
Despite the large number of anime series that are produced in Japan every year, only in recent years have many of them been released in North America and still today, even fewer actually appear on standard television. That is why back when Moribito: Guardian of the Spirit debuted back in 2008, it was a pleasant surprise to see grace English channels. However due Toonami’s ill future at the time, the series suffered from poor planning and air times. Years later Viz Media has now released the entire series on Blu-ray, but is it worth picking up? Let’s find out.

Story
A female warrior named Balsa from the land of Kabal who has sworn to save eight worthy souls with her fighting prowess, is returning to the land of Shin Yogo in order to repair her spear. On her journey she witnesses a royal carriage carrying the prince of Yogo tumble off of a bridge, casting the unconscious prince into the river below. Despite the rumor that simply looking at the royal family will cause blindness, Balsa risks her life to save the prince, named Chagum, from his watery grave. 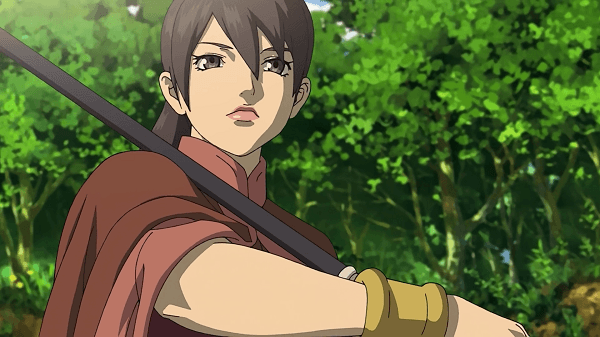 Shortly after doing so, Balsa is apprehended and brought to the Empress where she is informed that the Emperor believes that Chagum has been possessed by an evil spirit and must be killed. Balsa is hired to be his bodyguard and escort him from the empire in order to save his life. After avoiding capture and escaping the long reach of the Emperor’s secret forces, the two manage to escape. However with the land plagued by a drought, could the secret within Chagum be the solution to everything?

To say that Moribito: Guardian of the Spirit tells a sprawling story would be something of an understatement as Balsa and Chagum’s journey takes them to various locations and meeting up with numerous characters. Unfortunately the large nature of the story also leads to some rather poor pacing and a bad loss of focus. There are countless times throughout the series that Moribito begins to struggle under the numerous threads it is trying to tie together, especially when more continue to be added as the episodes progress, causing viewers to wonder if the story is even trying to go anywhere. 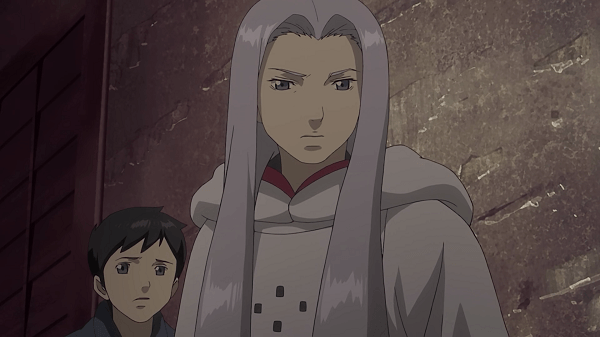 That being said, the premise that focuses on humanity’s struggles and growing up is one of the highlights of this series. Watching the bond that grows between Balsa and Chagum is interesting to watch as the dynamic shifts from simply being a bodyguard to something similar to what one would feel for their own child. Chagum is also an interesting character to see develop thanks to the fact that he starts the series as a noble who knows nothing of the world.

Watching Chagum learn about the world and grow as a person while learning more about Balsa’s past and the reason for her quest mean that the two are the central focus for character development. Unfortunately at the same time, the countless characters that are introduced over the course of the story receive very little development, if any which makes the series’ pacing issues all the more troubling. That being said, Moribito: Guardian of the Spirit spins an intriguing yarn that, when everything finally comes together near the end, is worthwhile.

Visuals
Although Moribito: Guardian of the Spirit was produced back in 2007, it holds up incredibly well thanks to the amount of effort that Production I.G. put into the series back then. Every design aspect of the series is focused on providing a natural and realistic look to the series. Not only does the color palette feature subdued colors for the environment but the environments and clothing the characters wear matches well with the style of clothing and building structure prominent in ancient Japan. 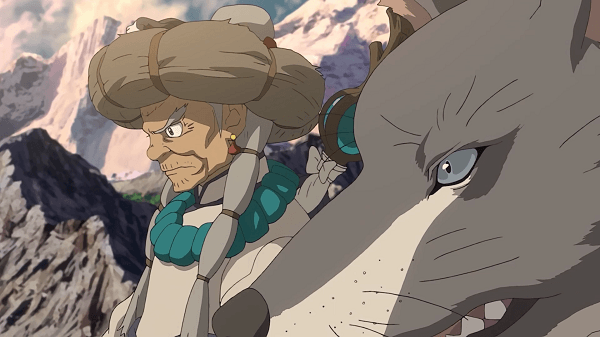 The characters are also rather plain and realistic looking with only a few stranger designs populating the series. Balsa serves as a strong female lead without falling back on any ridiculous fanservice appearance and all of the action sequences are impressively executed using a variety of styles. There are some drops in quality during these battles but many of them feature well-choreographed and fluid combat.

Audio
With this release of Moribito: Guardian of the Spirit, Viz has provided not only the original English dub that was produced back when the series aired on television but also the original Japanese voice track. The English cast does a great job matching the character personalities but considering the heavy Japanese aesthetic of the show, viewers may prefer listening to the Japanese voice track for consistencies’ sake. 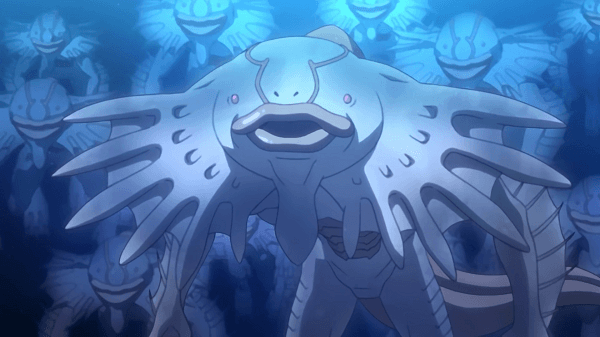 The background music throughout Moribito is rather impressive as it makes use of numerous tracks that not only accent the atmosphere of the show but heighten the tension of fights. Despite being a twenty six episode series, only one opening and ending theme is used throughout the series with the opening being “Shine” by L’Arc~en~Ciel, and “Itoshii Hito e” by Sachi Tainaka. The opening is surprisingly impressive, mixing English and Japanese vocals together to create a memorable tune while the ending is standard for a series such as this.

Extras
As far as bonus content goes, Viz’s release comes with a number of standard inclusions such as a clean version of the opening theme and ending theme as well as Japanese trailers and promotional material. Also included is a seven minute press conference and a discussion panel that lasts for twenty minutes. It is worth noting that all of these bonus features are only presented in Japanese and for some reason, they are set to play without subtitles. This means that viewers will need to manually turn subtitles on when they wish to check out the press conference and discussion panel or else they will not activate.

Overall
Moribito: Guardian of the Spirit is a rare series that tells a large story with many different threads that are created over time before culminating into a decent finish. It is held back by poor pacing and a sense that the series loses focus over the course of its twenty six episode run but those who manage to stick with it until the end will be in for a down to earth series laced with fantasy elements told in a way that you just don’t see much nowadays.