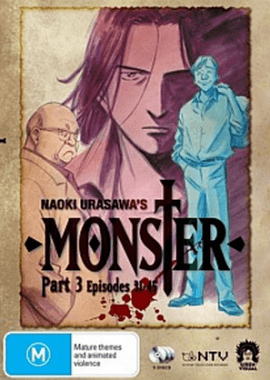 Overview
This is really a series without precedent. In my previous Monster review for Part 2 of the series I noted that it is was an impressive feat that the series has remained consistently brilliant over the course of 30 episodes, here we stand now with Part 3 leaving us hanging on the edge of our seats with the shocking events of episode 45 of the series and Monster proves to be getting better and better the longer it runs. It is like a fine wine, better with age.

If you are following the series, you’ll find that Monster Part 3 takes things to the next level. It becomes darker, more twisted, more complex and more deranged. This is no-holds barred anime at its most compelling. The cast, the stories that unfold, the atmosphere, the ominous tone, all of it comes together to make Monster something truly special and it just keeps on getting bigger and better. Naoki Urasawa’s magnum opus is truly a sight to behold and this may very well be the best part yet. 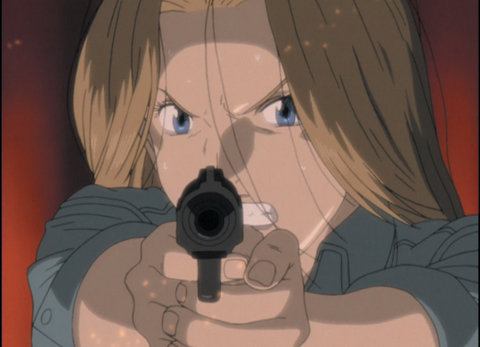 Story
It is a game of a cat and mouse in this part of Monster, a game of life and death. But more importantly this specific part of this epic series deals with the idea of identity and the ways in which it can change perceptions. Throughout the course of these episodes we see the ways in which people can impersonate others, take on their lives and even become them in a way.

Urasawa has always toyed with the concept of human nature and it begs the question: do we ever wish we could change who we are? It is a question that is difficult to answer and one that is even more so difficult to answer in the context of Monster. Is Johan (the titular ‘monster’ of the series) revel in who he is or does he struggle with it? Having watched the series from the very beginning, you get the sense that his mental state is always hanging in the balance, on a teetering see-saw of emotion, it just so happens that the monster sitting on one end of that see-saw is heavier than the human on the other side.

While Johan is definitely one of the most fascinating characters in the this series and his motivations and thought-patterns are well worth some serious analysis, the character of Kenzo Tenma is just as much of an intriguing character. He is a man with a true moral core, but like Johan he is also sitting on that very same see-saw, struggling against the weight of his very own personal monster. 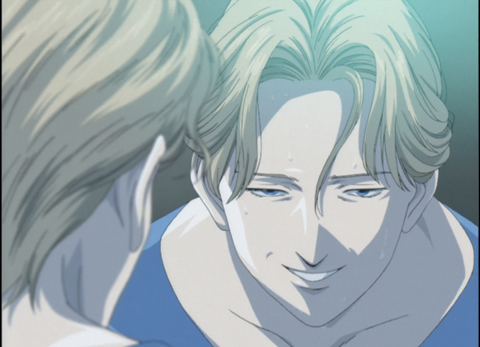 It seems as though Tenma could easily lose sight of who he is and the values he stands by, but that goodness is him and sense of right and wrong overpowers that. Tenma’s soul may be in the balance here and his desire to kill Johan and put an end to the monster that he proverbially created does raise the question of whether he may be slipping into the darkness himself, is there a way for him to come back from this? Say this ordeal does come to an end, bloody or not, how does a man like Tenma live on? How can he go back to a normal life? The simple answer is he can’t and Monster looks to take this good man to a very bad place, whether he lives through it or not is another question all together.

This part builds upon the series in some major ways in progresses the story to arguably its most interesting point yet. With the introduction of Grimmer, things heat up as he proves to be a major player in episodes to come. Monster leaves us clinging to the edge of our seats with Part 3 desperate for Part 4. 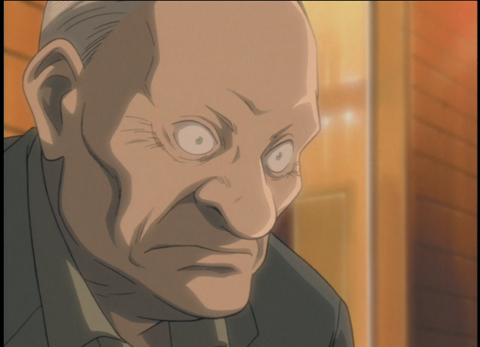 Visuals and Audio
Consistent as ever, Monster continues to be a visual powerhouse. With aesthetics that are richly detailed, the locales and characters are given life among all the death that occurs within the series. The character designs are unique and memorable, very distinct to say the least. The animation is smooth as silk and peaks at all the right moments. The imagery is overall iconic and ensures it leaves a lasting afterimage in the minds of viewers.

As for the audio, once again we are treated to a deeply atmospheric soundtrack that gives each and every scene the right tone and feel. On top of that the English language dub featured on this release continues its great run with Liam O’Brien once again proving to be a true standout as Kenzo Tenma.

Extras
Siren Visual’s releases of Monster have to date featured no special features or extras and Part 3 continues that trend. While it may be something fans desire from these releases, it isn’t something that is necessary especially when considering the overall quality of the series itself makes this and all of the other releases a worthwhile purchase. 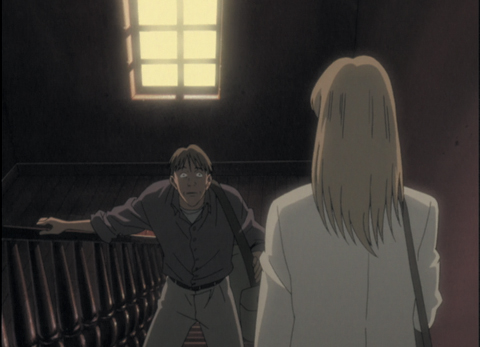 Overall
What more can really be said about a series like Monster? Naoki Urasawa is really an incredible creator and this is undoubtedly his magnum opus. The tale of Kenzo Tenma and the monster Johan Liebert continues is compelling fashion in Monster Part 3. We are truly lucky to be able to receive such a phenomenal anime release down here in Australia and for that Siren Visual should be applauded. Monster is a unique series in every sense and it is impossible to not get swept up in its dark journey into very brinks of despair. As we progress onward to the penultimate release of the series, things are at a fever pitch. If you aren’t strapped in for the ride, you are missing out. Monster is truly brilliant, the series is utterly without comparison. At the mid-way point, what proves most true is that Monster redefines the medium, it breaks all the rules and blazes a path that no one has yet to be able to walk again. That is why this series is its own kind of monster. 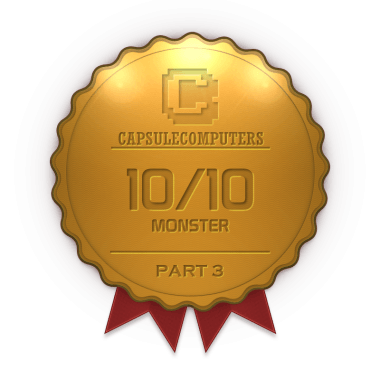