Casual on the go gaming is the bread and butter of iPhone and iPad video games. 628 Games’ Monster Crush – Demolition fits this genre perfectly, providing quick and fast on the go gameplay in a flash. Monster Crush is a physics based puzzle game similar to Angry Birds or iBlast Moki and offers very destructible gameplay. 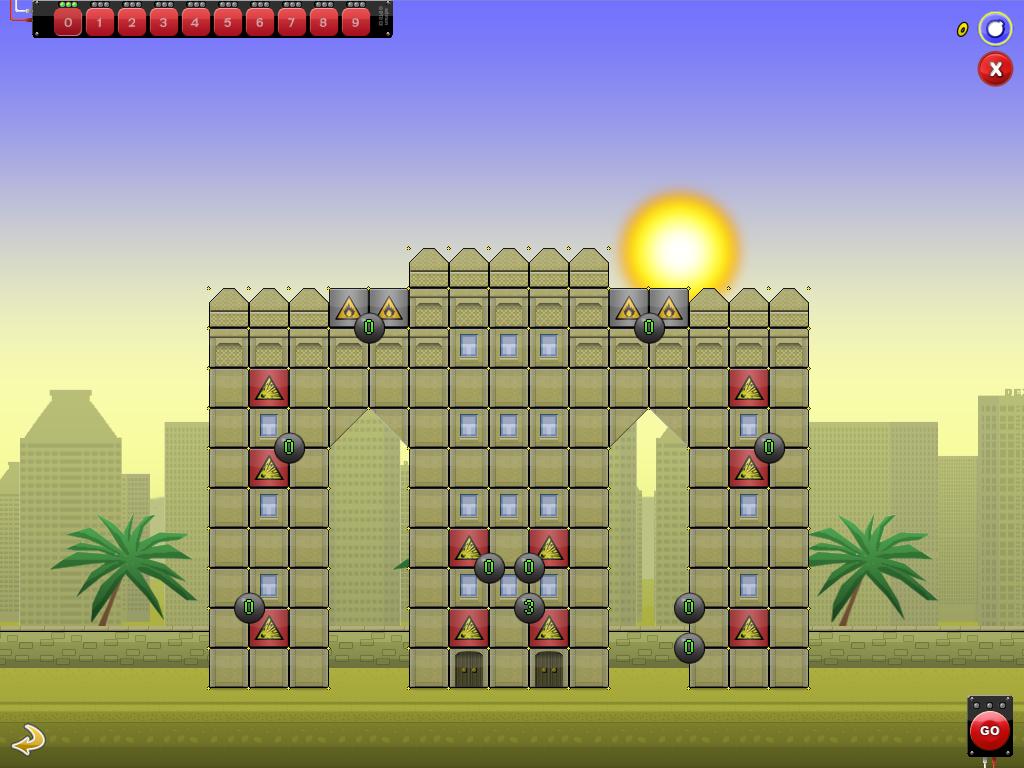 Monster Crush doesn’t exactly have a story so to speak more so an overall basic premise. Starting up the game players are introduced to a short cutscene which introduces this premise. The Earth has been invaded by aliens and it’s your job to kill them by detonating buildings on top of them, that’s about as far as the story goes. And that’s fine and a good enough reason to be blowing up building.

In order to defeat the alien invaders, you’ll need to strategically place bombs in specific locations in order to topple a building. The first few tutorial levels explain all this very well and getting the hang of this is very easy. Bombs come in two different variations regular and cutting, the latter (name suggests) is used specially for cutting buildings. All bombs can be timed up to nine seconds and as the game progresses and its puzzles get harder, the timing and placement of your bomb will become a necessity. 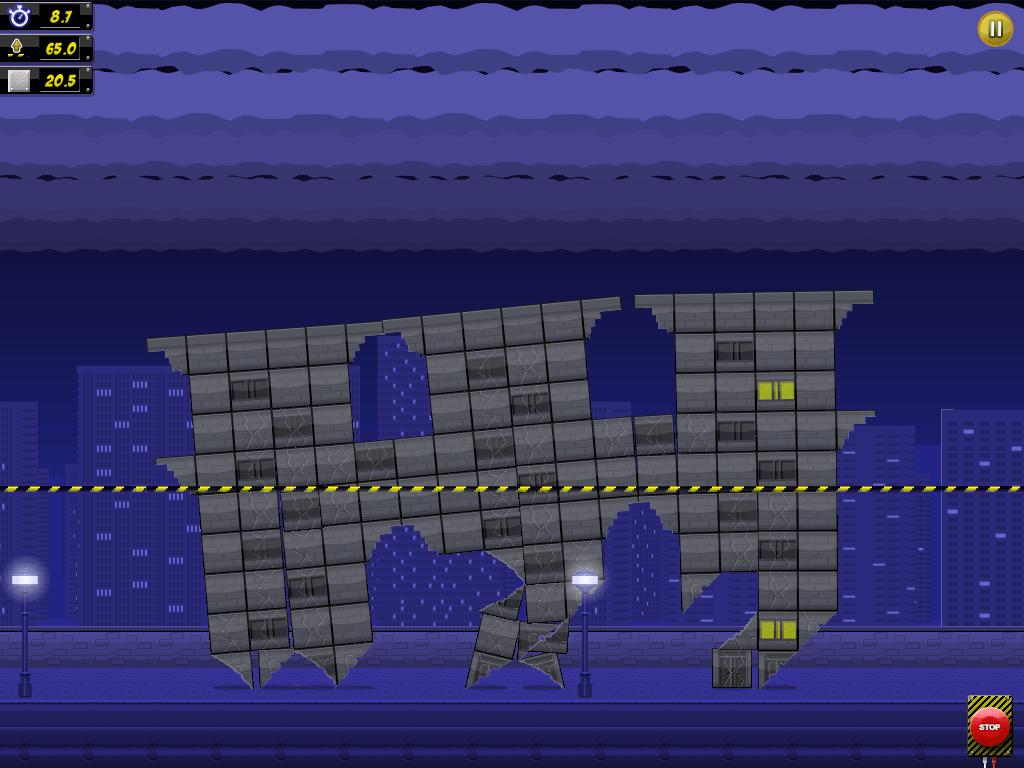 Throughout the game, you will be setting up a lot of bombs randomly and seeing they how go. And that is half the fun of Monster Crush. The game’s physics is genuinely fun to watch, however playing though the same level over and over again just to find the right combination of bombs and location isn’t.

A lot of trial and error is needed in this game, and that isn’t exactly a bad thing as the feeling of reward for completing a level is heightened by this.  While this type of gameplay doesn’t appeal to everyone, if you’re a fan of puzzle ‘trial and error’ gameplay then much is to be enjoyed here.

Monster Crush isn’t all about crushing aliens. The game also offers up other objectives and game modes, all of which involve destroying buildings of cause. For example, in some levels you will be required to destroy as many blocks as possible or get a ball to roll as far as possible.

All levels require players to obtain a star ranking which in turn opens up cities which holds six more levels for players to complete. In total, the game has 42 puzzles to complete spread across 6 different cities along with this players can also create and share their own levels. Already, a huge number of user created levels are available to download for free via the game’s main menu. 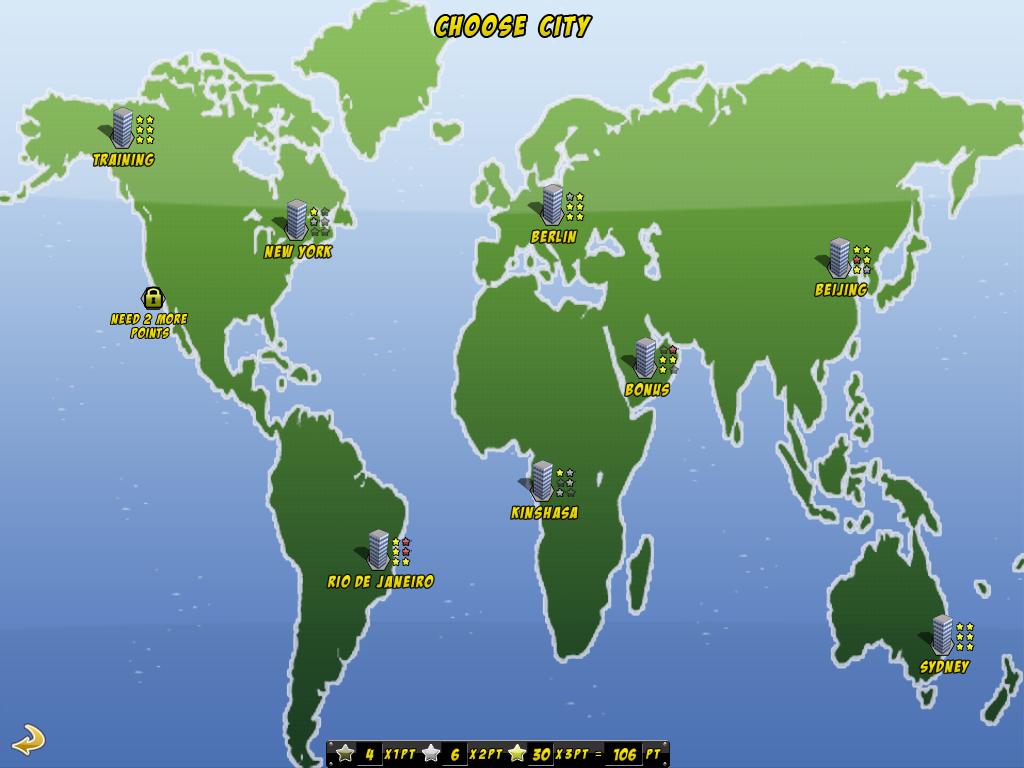 The game sports an old school cartoony pixely 16-bit style. It’s a colourful game with bright visuals. However despite being held in different cities, there isn’t a lot of variety in each city’s backdrop. For the most part it is the same generic city backdrop with a few minor changes thrown in.

There isn’t much to set apart each city from one another, which is a bit of a disappointment. The game’s impending military-esq theme music works well with the game’s overall premise. Explosions in the game sound exactly how you would expect and there are no issues with sound effects in the game, they all work fine. 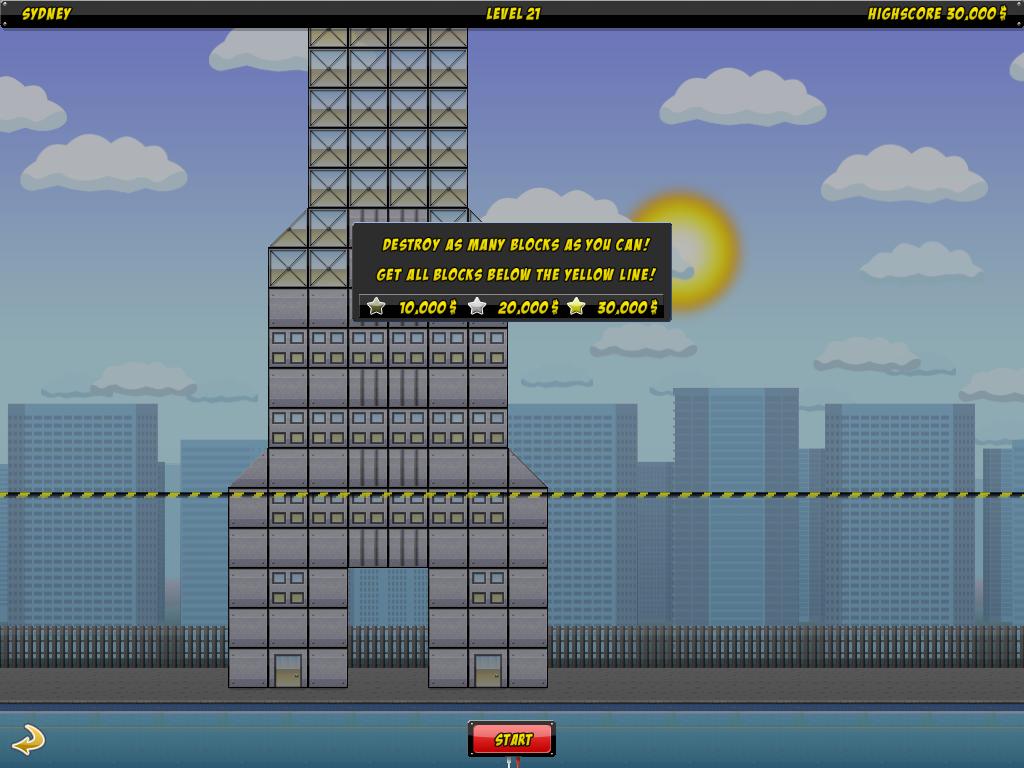 Monster Crush is a one of those games where you sit back and let the destruction entertain you. As a physics-based puzzle game, you may get frustrated over playing the same level over and over just to find the correct solution. But that’s the price for the feeling of reward. Gameplay is very solid, with levels becoming quite complicated at later stages of the game. Overall, Monster Crush is a very simple yet challenging game. As the saying goes, it’s easy to get the hang of but difficult to master.

I give Monster Crush – Demolition for iPad/iPhone: