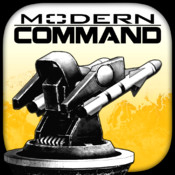 The tower defense genre has been around for a fair while now, and it has found itself at home on the mobile platform. Modern Command is the latest of these games, and while it doesn’t do anything to overly shake up the genre it does present a well-designed and crafted game. It suffers from its share of problems, but many of these are due to the insane amount of adds through the app, and the fact that it really wants you to dip into its in-app purchases. 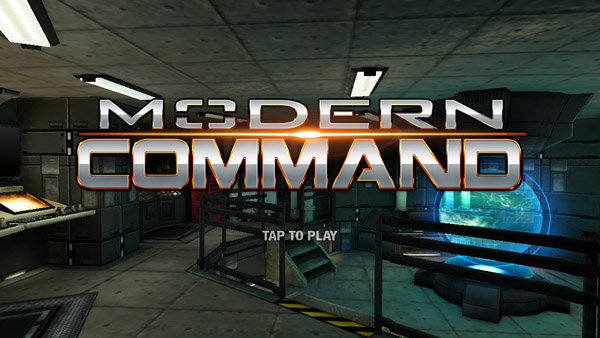 Modern Command is a nice and simple tower defense game. You will be deployed to various mission sites, where the task it to defend your base from incurring forces. Unlike most other tower defense styled games where you place additional weapons in the path of the oncoming wave, in Modern Command you do all of your attacking from your base.

You will have a selection of weapons for each missions, starting at one and then unlocking and purchasing more until you can have four equipped at any given time. The mission at hand will determine which weapons you take with you. To fire your weapons you first select them from the side of your screen and then tap where you want them to launch. Weapons have different speeds at which they travel, so you have to aim ahead of your enemies in order to maximise the damage. 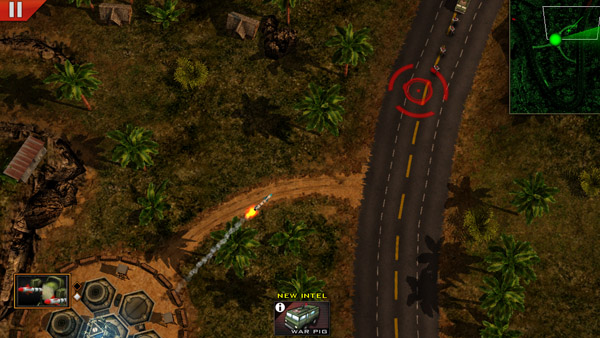 The enemies travel along pre-designated paths, which initially seems like it would make the game easy, and this is true for earlier levels. However when you reach the mid to late game stages, paths intersect and cross over one another so it can be difficult to tell where the troops will head. This makes you think on your feet and plan accordingly.

There is one part about Modern Command that is hard to overlook and that is the fact that it is absolutely littered with adds. During one short 5-mission session I encountered adds for Clash of Clans, Pixel People, Dungeon Keeper and another game that I didn’t recognise. Literally every time you go back to the main menu there is a bubble with a new game add sitting in the lower corner, and despite the fact that they sit in the bottom corner the adds are still incredibly intrusive. 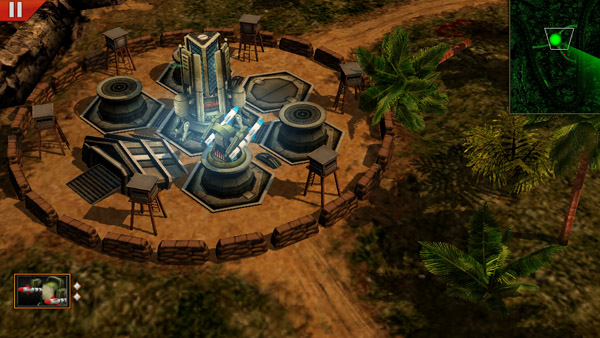 Tower defense games typically occupy a gaming space where visuals aren’t too important. They aren’t too important because players will spend more time planning their attacks rather than observing the scenery. To this end many games will skimp a bit on the background visuals, but Modern Command actually has some impressive scenery for players to enjoy.

No matter how far or close you zoom into the screen, the backgrounds all pop and retain an incredible amount of detail. Individual trees and plants can be seen from various angles and they all look really good. The same can be said for the enemy units and their vehicles. The way that your weapons interact with the landscape and the enemies is equally nice to look at, with cars flipping when they are hit by rockets and trees collapsing under a nearby explosion. It is the little things like these that add up to a really well presented game. 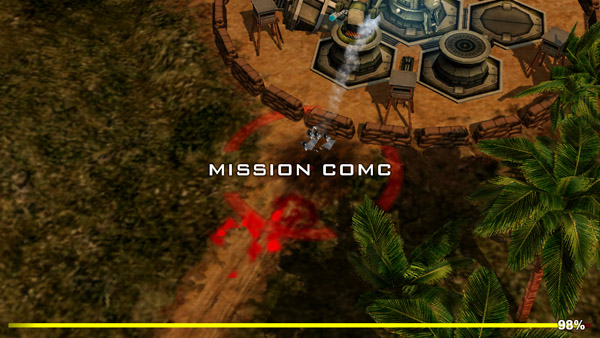 The audio is just as well done. It is hard to speak specifics about the type of music used, but it absolutely fits the genre and the tone of the game. It is also highly reminiscent of older video game music. Anybody who grew up playing shooters on the SNES will feel right at home with the game’s soundtrack. The in-game sound effects are just as great to listen to and while they may not be the most realistic sounding, the sound of a video game rocket hurtling through the air still sounds awesome. 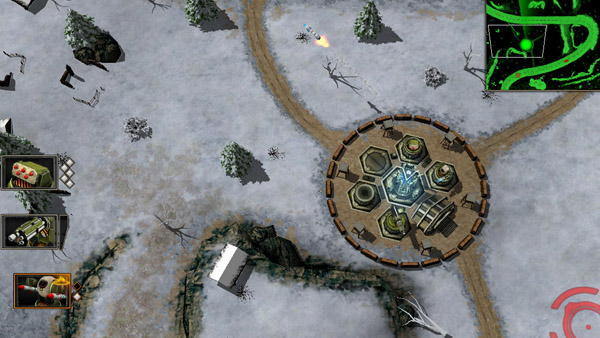 I am typically not a big fan of tower defense games, and while Modern Command doesn’t exactly do too much to shake up the genre in any real way it is still a fun experience. A lot of this fun comes from the fact that it is well presented, intuitive with little to no lag in the controls. Having to think ahead of where your enemies could be keeps you on your toes and has you planning your moves well in advance. If the game does suffer from any downsides it is the fact that it is rife with intrusive adds and that in-app purchases are still alive and well.