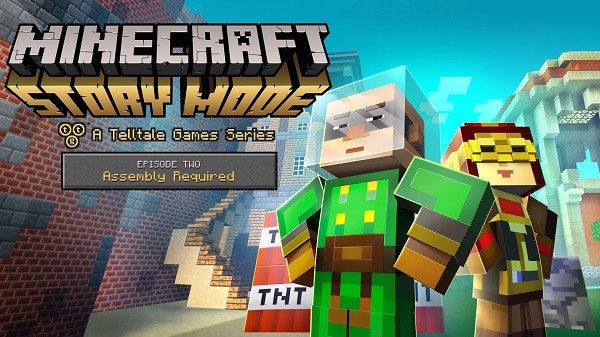 Overview
Even when Telltale Games was just getting started with their episodic game releases they always had a knack of either taking months to release a new episode or suddenly announcing that a new episode was going to be released within the next day or two. As such it came as a major surprise when Minecraft: Story Mode’s second episode, Assembly Required, was stealth released two weeks after the first episode was released. While this quick turnaround is something fans will be happy about, perhaps Assembly Required needed some more material on the proverbial crafting table.

Story
Despite the story for Minecraft: Story Mode not really kicking into high gear in the first episode it is worth noting that a decent amount of events that take place during said episode will be discussed here, meaning if you have not yet finished The Order of the Stone you should do so before continuing.

Anyways, Minecraft: Story Mode – Assembly Required marks a very clear line in the sand depending on your choice during the end of the first episode. With the Witherstorm destroying everything it touches and Jesse’s group being the only ones who may have a chance to save the world, players were given the option of pursuing either the Order’s genius redstone engineer Ellegaard or the Order’s master of demolition, the griefer Magnus. 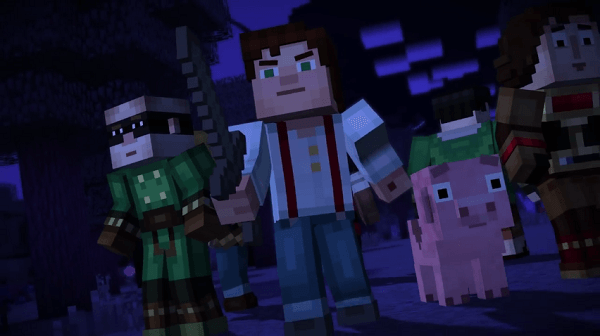 Depending on who you chose to pursue will dictate the events that transpire over the first half of the episode as these sequences will take part in completely different parts of the Minecraft world and events will play out entirely different depending on who you selected during this first half. This does create a unique way to unfold the story and make at least one of the player’s decisions in the last game have immediate consequences and also encourage players to play through the title more than once since they are only given a brief explanation of what transpired without them.

You see, although the events that take place may be unique depending on your choice, the end result still sees both Ellegaard and Magnus appearing together in order to keep the story moving despite the initial forked path. As for how it moves… well it does at least make some progress here but how much is rather debatable since Assembly Required is easily the shortest episode I’ve ever seen in an episodic game as it is entirely possible to not only talk to everyone, examine various objects during the limited exploration, even play through the first half again with a different choice, and still complete everything Assembly Required has to offer in a little under an hour and a half, marking a standard playthrough at roughly fifty minutes.

Since there is barely any time for events to actually take place during the story, thanks to the first half focusing on recruiting your chosen member of the Order, progress moves ahead at a snail’s pace as Jesse’s group searches for a way to destroy the Witherstorm and only manages to find themselves at their next location and encountering an old enemy before the episode abruptly ends after a minor battle with such little fanfare and vague preview that I had to double check that a glitch didn’t occur. 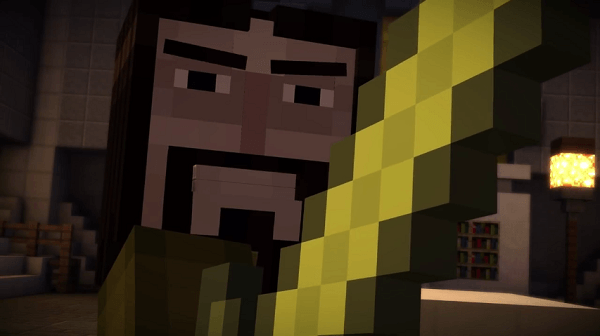 The lack of story progress also plays a role in making sure that players spend very little time interacting with the colorful cast of characters in their group. While players will spend some time talking to Jesse’s friends and learning a secret that will likely rise up again as a major point in a later episode, very few jokes are made and although there are some humorous moments that come from the events that transpire during the story and the various creations that players will come across in Assembly Required, the amount of humor is incredibly low here since the cast has barely any time to shine and the two members of the Order are more annoying than anything else since their bickering nature reveals nothing here, only making the unfulfilling feeling of the episode all the worse.

Gameplay
As before, players will be spending most of their time selecting various dialogue choices as well as taking part in quick time events to avoid taking damage from the massive Witherstorm or fighting against monsters using the fun little combat system that features players choosing to use the various weapons they may have on them to defeat their foes, with the weapons handling a bit different. 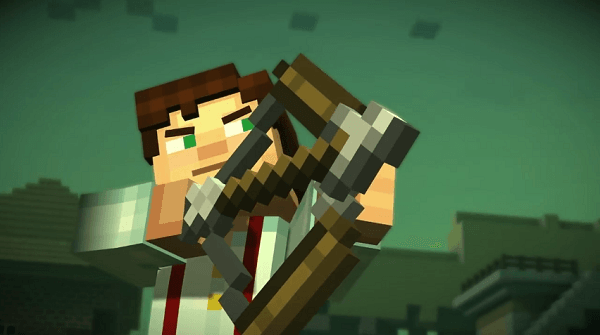 Exploration also returns and as mentioned there are a number of enjoyable contraptions to look at that really capture the whimsical nature that anything can be built, no matter how ridiculous it may seem, in the world of Minecraft. Then again, this idea is pretty much ignored later on when one of the group falls down a hole and, despite being an adequate builder as shown in the first episode, cannot simply build themselves a way back up.

Visuals & Audio
The use of the Minecraft style buildings and visuals really do help bring some charm to Minecraft: Story Mode and the various places that players will be visiting, especially when it comes to recruiting the Order members, are elaborately designed with a number of fantastic looking buildings that makes me wish that I could actually explore certain elements of these areas since most of them are simply shown for a few moments and that is all. 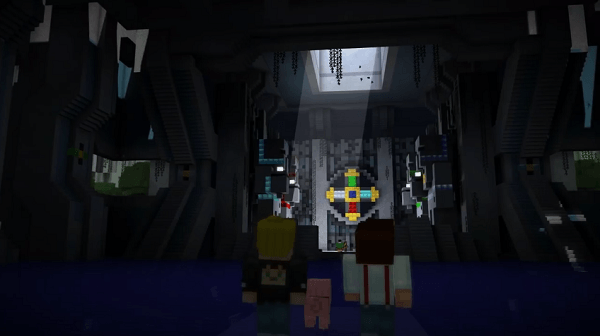 The character designs remain the same, with just enough expressions to get their emotions across, though this time around I did notice a number of glitches occurring where characters would speak with stone faces showing no emotion or even moving lips. The voice actors once again continue to perform their roles admirably and they really do help make the scant humor found in this episode through the dialogue turn out to be rather funny at times.

Overall
Minecraft: Story Mode – Assembly Required may create a perfect way for players to experience a different perspective throughout the first half of the episode by making a previous choice matter but it barely manages to deliver anything beyond that. By providing the bare minimum level of humor and plot advancement there is almost none of the charm found in the first episode in Assembly Required and thanks to an abrupt ending with barely any developments worth noting, it’ll be interesting to see what Telltale can do with the three episodes they have left to get the ball rolling.
Capsule Computers review guidelines can be found here.