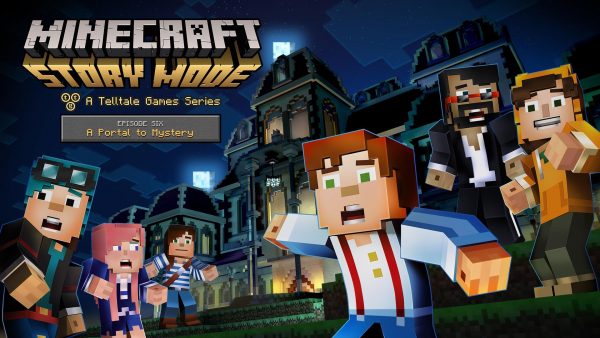 Overview
Shortly before releasing what many thought would be the final episode in Minecraft: Story Mode Telltale Games announced that they would be expanding the series a bit further with three extra episodes that are meant to tell self-contained stories. Minecraft: Story Mode – A Portal to Mystery marks the first in this series of three episodes and now that it has been released, does this extended time with the series get off to a good start?

Story
Although Minecraft: Story Mode – A Portal to Mystery may be a fairly self-contained storyline, it still takes place after the events of the major storyline in the series as well as the fifth episode that explains just how Jesse and the group ended up in their current situation. As such it is recommended to avoid reading further if you have yet to complete Order Up!. 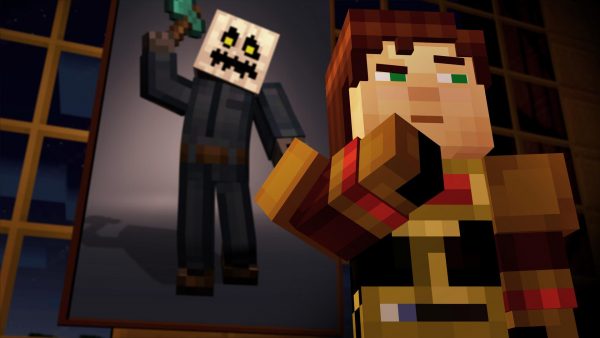 After stumbling upon an enchanted flint and steel that managed to open up a portal to an entirely different world, Jesse, Ivor, Petra, and Lukas managed to survive the issues that arose in Sky City but while trying to find their way back home, they only managed to find an even bigger mystery. This mystery came in the form of a hallway full of portals and this episode follows the group after their first attempt at using these portals.

The four person group finds themselves teleported into a dark world surrounded by gravestones and a mysterious book floating on a pedestal. Missing a gigantic opportunity to work in an Evil Dead reference it turns out to be an invitation to mansion. Unfortunately for the group, as soon as they find the invitation they find themselves overrun with an endless wave of zombies that leads into an action packed opening sequence before placing our heroes within the confines of the mansion. 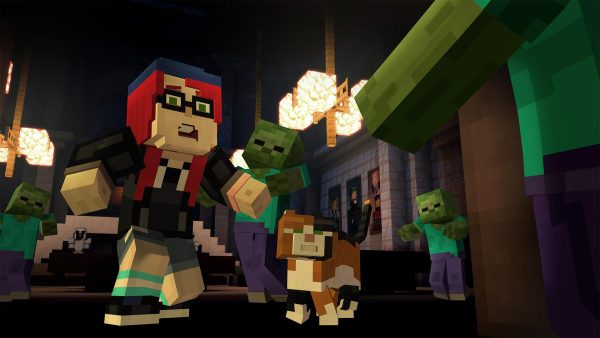 Jesse and the group quickly learn that there are a number of other people who have been invited into the mansion for an unknown reason but when two of these people die due to cleverly planned traps and the masked host/murderer the White Pumpkin makes an appearance, things begin to slow down into a murder mystery. While the others in attendance may have certain skills due to their personalities, Jesse and the group step to the forefront and appoint themselves investigators in order to figure out who is behind these murders and put a stop to the White Pumpkin before it strikes again.

As you may have heard, one of the advertised draws for this episode of Minecraft: Story Mode is that it would pull in a number of popular Minecraft YouTube personalities to offer a bit of fan service. This includes people called LD ShadowLady and CaptainSparklez who are played completely straight despite the strange names, to the point that they feel incredibly forced and dialed in in an effort to entice a younger crowd, but thankfully their presence does very little to actually harm the storytelling in this episode or even the continuation of the series due to the feeling that A Portal to Mystery takes place entirely in a vacuum. 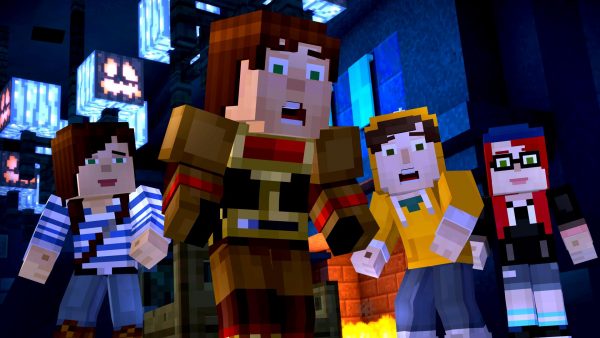 With so many new characters being introduced, they are also incredibly disposable to the point that who lives to the end of the episode will vary wildly depending on choices you make while trying to figure out who the murderer is. This does mean that very few choices really feel like they have any weight to them but it plays into the murder mystery factor to a great degree since players will be constantly guessing just who is behind the mask.  With new pieces of evidence introduced frequently and twists timed perfectly, players will be guessing for quite a bit before the game slows things down and spells out the villain in the end.

This means that although the new characters are blatantly placed into the series for attention and poorly developed, the actual mystery surrounding them and their motives for being in the mansion come together in an interesting story that features a nice mixture of action and mystery to keep things from ever feeling boring. It is worth noting however that the spotlight is almost entirely removed from Jesse and the group here and even when everything is wrapped up very little is actually explained about their current situation, but for a self-contained story, A Portal to Mystery is handled well.

Gameplay
For the most part, Minecraft: Story Mode – A Portal to Mystery features a bit more gameplay than your average episode of the series but that isn’t really saying too much. The game begins with an action packed interactive credit sequence to kick things off at a nice pace and then slows down until right near the end when the action picks back up in a well-choreographed fight making use of the Minecraft mechanics. 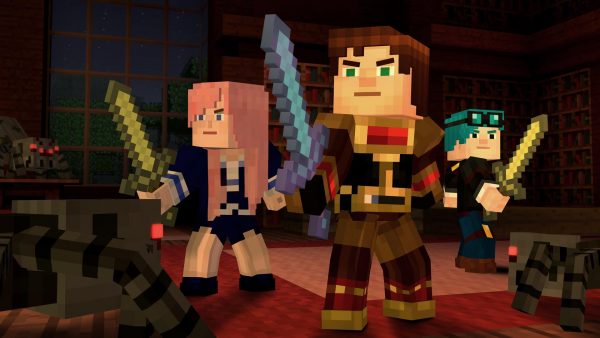 Between these action packed moments players will be mostly questioning characters and exploring rooms in the mansion as they try to uncover clues to who is behind the White Pumpkin mask. There is even a bit of extremely easy puzzle solving here, though this was likely made so a younger audience can still progress without any issue.

Visuals & Audio
By focusing the events of the episode in only one location there aren’t really many extravagant looking landscapes to witness outside of a few specially designed rooms inside the mansion. The character designs for the various YouTube personalities appear to match their real life counterparts to a decent degree and even have a little callout to the fact that one of them changes their hair color very often. 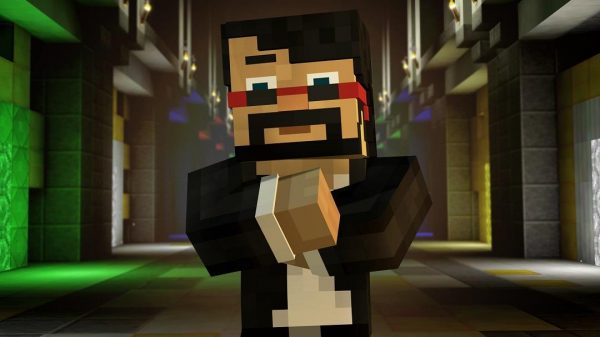 Unfortunately, putting these amateurs into a game that, despite the younger audience features professional voice work, results in most of the new characters sounding either stunted or forced compared to the familiar cast with only one of them managing to convincingly fit their role.

Telltale Games told a different kind of story with Minecraft: Story Mode – A Portal to Mystery and thanks to that the episode actually managed to hold up rather well as a fun murder mystery story. Without this theme the lack of character development for any of the new characters would have been a major disappointment but with this episode telling a story that, at least so far, plays barely any role in Jesse and the group’s adventure going forward, it manages to be fairly inoffensive, though whether or not Telltale will be able to keep the story interesting at this rate is yet to be seen.
Capsule Computers review guidelines can be found here.