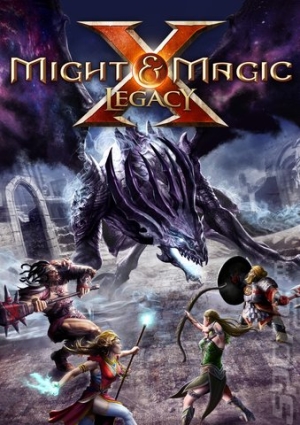 Overview
The Might & Magic franchise has been around for thirty years. Much of the formula that gained popularity with fans around the world is still intact, but the last proper entry released over a decade ago. Does the franchise’s newest entry, Might & Magic X: Legacy, have the chops to give players what they’ve craved for so long or is it dragging dead old mechanics along, one tile at a time? 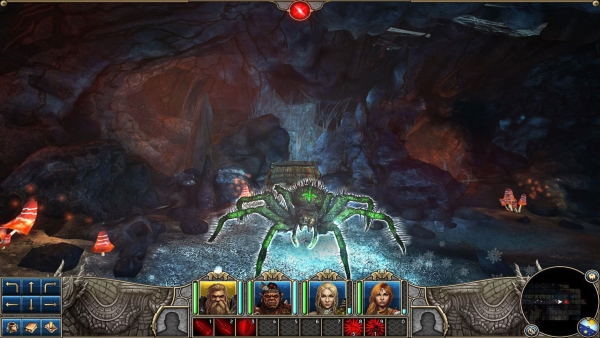 Story
The Agyn Peninsula is in in a state of turmoil. Karthal, a city once considered a proud colony of the Holy Falcon Empire, is on the verge of secession. Four adventurers have journeyed to the port town of Sorpigal-by-the-Sea at the behest of their recently departed master, though they have no idea what twists and turns their expedition has in store for them.

Gameplay
Might & Magic X: Legacy stays true to its roots. Designed with role playing and combat mechanics that have been around for several decades, it places its bets on the idea that fans will still appreciate it like a fine vintage wine.

Few games of renown seem to make it mainstream with classic RPG systems in place. With western RPG design taking a more action-oriented approach and Japanese developers continuing with their own style of turn-based combat, Legacy is left somewhere in the middle. The team at Limbic Entertainment, however,  has done a solid job working to keep Legacy both fun and relevant. 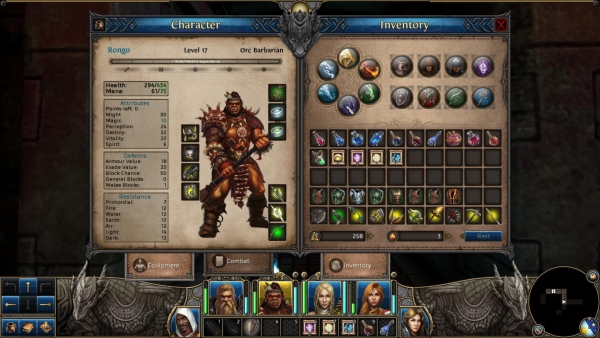 The world of Legacy is a series of 2-D grids, which you traverse one space at a time. You move your party around with standard WASD keys, using ‘Q’ and ‘E’ to turn. The direction you face on a square can give you surprisingly varied results, occasionally rewarding you with treasure if you look in the right place. To the unfamiliar, it feels somewhat jarring at first, but quickly becomes second nature.

Placed throughout the Agyn Peninsula are various towns, dungeons, and other attractions. Major hubs provide various shops, inns, and the like. Unlike most classic first-person RPGs, though, Legacy gives players with a large open world to explore. It almost feels like a grid-based Elder Scrolls title, granting freedoms that similar titles like Legend of Grimrock can. That means you can quickly find yourself in over your head, but the risk is your choice to make. 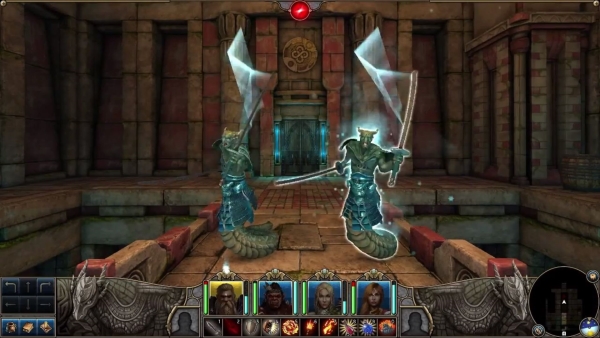 When you start the game, you can create your own party or roll with a pre-determined group (which, I’ve realized, are the characters on the boxart). There are four races, each with four classes, so you can vary the design of your party as much as you want. It provides a wonderful sense of customization, allowing room for experimentation and replay.

As you complete quests and conquer foes, each member of your party will gain experience. When they level up, you’re given points to divvy up between things like Might, Magic, Perception, and more. On top of increasing your stats, you’re also given points to upgrade or learn completely new skills, such as dodging or earth magic. This feels like the real meat of party customization, letting you choose how each character behaves in combat and beyond. The game is also packed with scads of weapons, armor, and accessories to discover and equip. 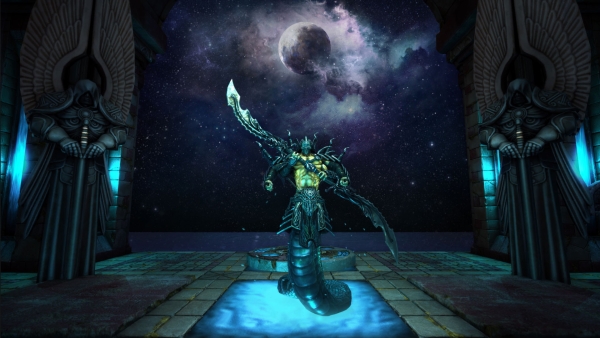 The combat in Legacy feels old-school in a pure, refreshing manner. Your party takes turns in a left-to-right fashion. You can change character order, allowing a welcome fluidity to the cadence of combat. With limited sight comes limited attack range, in a line straight in front of you. This can be anything from a melee swing or ranged bow shot to spells that reach as far as your sight line. Just like a tabletop RPG, though, every attack is based on a virtual dice roll, occasionally leading to a frustrating misses beyond your control.

The difficulty in Legacy feels ok, but hits occasional bumps. You’ll start off against spiders, wolves, and bandits, working your way up to some nasty foes. Unless you spent time grinding or doing side quests, you’ll quickly discover you’re too weak to even continue the storyline without some extra work. You’ll have to work on other quests and beef up your team before you’re able to continue. It can be a frustrating blockade, but it encourages branching beyond the story, which can be rewarding itself. 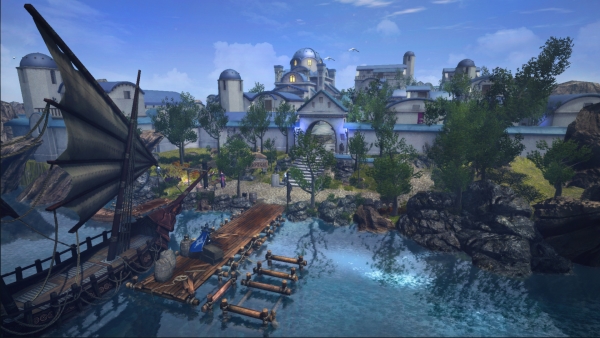 Enemy variety is welcome throughout the game. They boast over 60 enemy types to fight, with six boss encounters. In this day and age, to hear that only six bosses exist in the world feels like a poor offering. Rest assured, though, those few encounters are fun and exciting, though difficult. You’ll have to analyze and formulate your strategy, but overcoming them is just as adrenaline-inducing as any tense first-person shooter moment.

Though Legacy does a great job invoking love for old-school game mechanics, it’s not perfect. General user interface layout can be frustrating at times, with on-screen prompts blocking buttons that should be easily accessible. The inability to easily sort your inventory is maddening as well, forcing you to scrawl needlessly over dozens of items when it could have been much more usable. 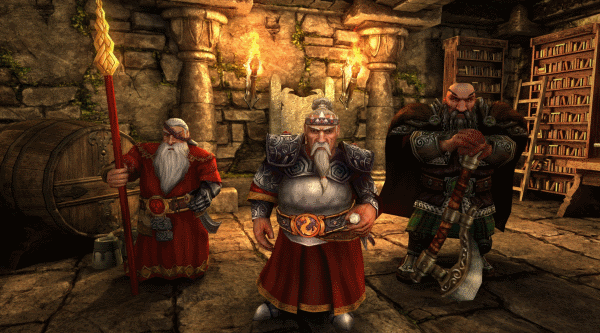 Visuals & Audio
For a game modeled after something thirty years old, Legacy does a wonderful job giving you some eye candy to gawk at. Though you may only think of the world as a grid, monsters and environments are great looking 3-D constructs accented by bright, colorful textures. Though constrained by the the UI tropes of its genre, Limbic has done a fantastic job of keeping the game both inviting and relevant with their visual design.

The sound design in the game does a fair enough job of accompanying the story and on-screen action. Sound effects help deliver crushing blows to foes with minimal visual queues, keeping the action engaging despite a lack of animation. Hearing a character repeat “Who forgot to take a bath,” every time you get in range of an enemy quickly grows tiresome, though.

Overall
Overall, Might & Magic X: Legacy is a great RPG for fans willing crack open the time capsule. Character progression and customization provide a great sense of ownership while the combat delivers in spades with vintage appeal. Striking visuals and an open-world help keep the game interesting as well. A few design choices that should’ve been updated can be frustrating, though they never really hamper the experience. The game will likely attract a niche audience given its nature, but RPG fans willing to wade into Legacy will find a deep, rewarding experience.