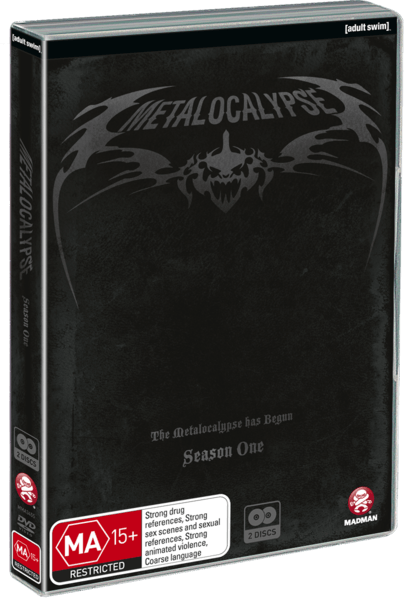 Dethklok is the biggest death metal band in the world. Nathan Explosion is the lead vocalist and lead songwriter. Skwisgaar Skwigelf is the lead guitarist. Toki Wartooth is the rhythm guitarist. Pickles is the drummer. William Murderface is the bass player. Charles Foster Offdensen is the band’s manager and CFO. They do not always get along, even though they all live together. The members of Dethklok are ignorant of the fact that a mysterious conspiracy surrounds them, the details of which are only known to a select few.

Metalocalypse presents many exaggerated stereotypes of music fans. One scene features fans signing a waiver that releases Dethklok from any responsibility or liability in the event that anyone dies at their concerts, and this is not the only way in which the series takes the term ‘die-hard fan’ literally. Many fans commit suicide after having to wait for what they consider to be too long for the next Dethklok album to come out, an hyperbolic representation of fans who demand that there is always more content for them to enjoy. 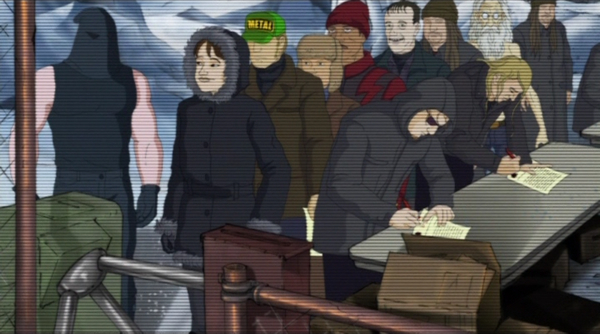 The childhood experiences of the Dethklok members are unusual and violent, but the writers make an interesting point about what it is like to raise children. Therapy and psychological validation are explored comically in one episode while the effects of drugs are explored seriously in another. Religion in particular is the subject of harsh satire in one episode. There is a lot of satire present, much more than what is outlined here. Some scenes are simply random or dramatic, but this series is more than just mindless entertainment. The satire is generally used for humour, but there are times when it is chillingly accurate about certain things, including how children are raised.

A mysterious organisation is introduced at the beginning of the series. This organisation remains nameless throughout the first season, but actively engages in secret missions to uncover information about Dethklok. Although some members of this organisation do pose a significant threat to Dethklok, it is not until the last episode of this season that there is any plot progression. At the same time, the final episode of this season is the first in which there is any continuity between episodes; nothing that happens in the first 19 episodes seems to be particularly significant in regards to the plot. 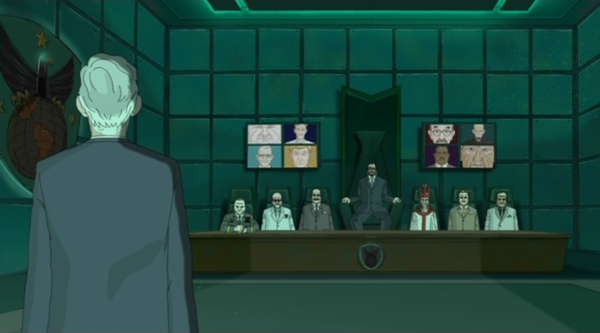 Metalocalypse features a significant amount of violence and grotesqueness. All nudity is censored in this season, but uncensored versions of scenes featuring nudity are included as hidden extras. The episodes are letterboxed, but if they are zoomed in, they can be viewed in a format close to the 16:9 aspect ratio.

Given that this is a series about a death metal band, death metal songs are featured prominently. It can be difficult to make out the lyrics on certain occasions, so it is recommended to listen them at a higher volume if possible. There are many guest stars from real bands, some of whom appear in multiple episodes, and all voice actors do a fantastic job of bringing their characters to life. All swearing is censored. 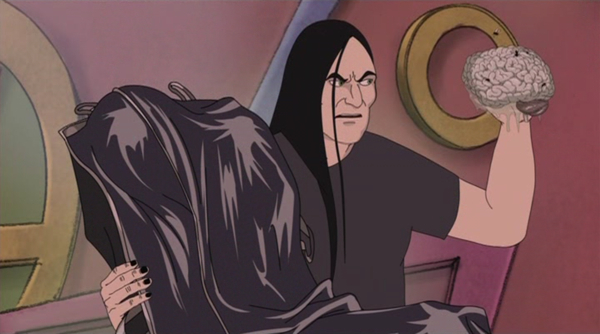 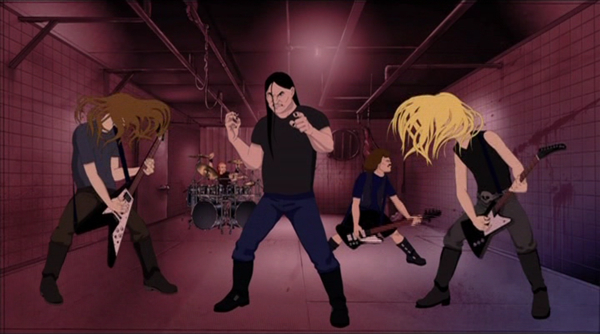 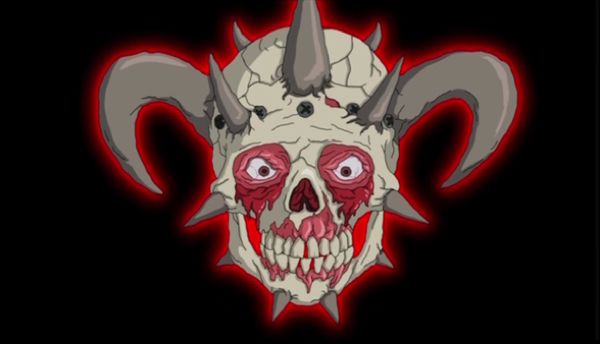 It is commonly believed in western culture that animated series are only for children. There are a few animated series produced in North America that are aimed at adults, but except for few exceptions such as South Park, most of them are just a collection of crude jokes and are pointlessly random. Metalocalypse may feature some crude humour, and may occasionally be a little random, but many episodes do have a purpose. There is a moral point to be found in the crazy things that happen because of and to the members of Dethklok. Similarly to South Park, Metalocalypse is hilariously entertaining because it offers a harsh satire on many aspects of western society and of human nature. It may be censored and too violent and grotesque for some, but its brutal satire and clever jokes make every episode entertaining.