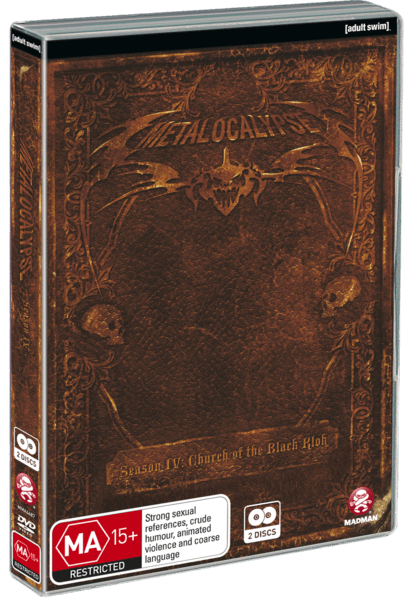 Dethklok has produced a new album. It is shipping around the world on water, an analog format that carries a higher quality sound according to the band. The master copy of the album is destroyed along with all retail copies of the album, forcing Dethklok to record a new album underwater. Tensions rise during the month of recording before the conspiracy surrounding Dethklok is finally revealed.

This season marks the return to the 11-minute format that has been used throughout the majority of the series. A lot happens in this short season, including a significant amount of plot progression and even some unexpected character development. The members of Dethklok act nastily towards each other most of the time, but they have rare moments of compassion. The show was entertaining before when it was almost entirely satirical, but it is more engaging now that the writers have begun developing the main characters. 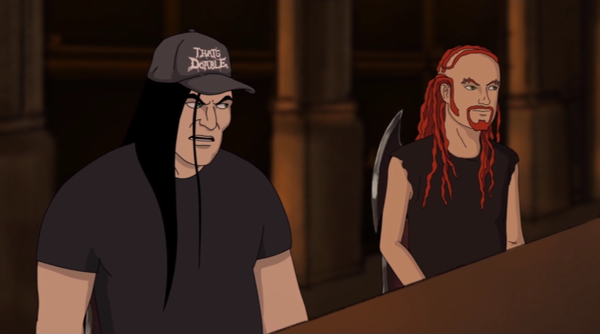 Despite the the increased amount of drama, satire is still present. The opening episode features an over-the-top satire of what can happen when a fan dates a hugely successful celebrity, while at the same time grossly exaggerating what fan obsession is like. Events become strange and overly dramatic as this situation comes to a conclusion, but the dark humour does not end there. Accusations of racism come into play in another episode, and that episode has an even more shocking ending than the last. Terrorist threats are even parodied just for the sake of shock value. The writers seem to be trying to outdo the dark humour with each episode, but they avoid turning Metalocalypse into a show that is just about shock value, which is exactly what has happened with many other North American animated series over the years.

Tensions have often been high between members of the band, but they rise to a fever pitch towards the end of this season. They may be unaware of the conspiracy surrounding them, but the individual band members have their own problems to deal with. Having to spend a month recording with just one woman in their company, the band’s new producer Abigail, drives some of them mad. Unsurprisingly, two of them compete for her attention with predictable results. As the season draws to a close, the series finally beings to show its emotional side. It ends on a major cliffhanger, but the plot is now well and truly underway. 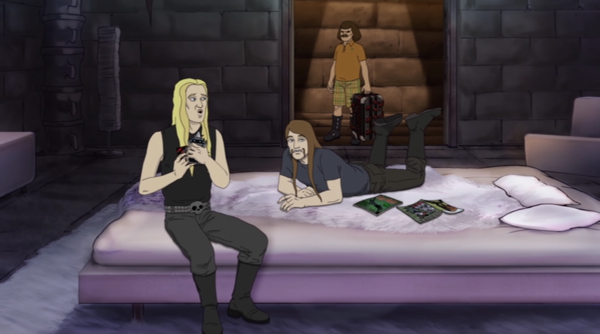 There is a reliance on visual humour in this season. Unlike with season two, however, the visual humour is based on shock value rather than pop-culture references or in-show references. There are multiple sex scenes, as well as visual references to the Ku Klux Klan and Adolf Hitler. One episode also satires the popular trend for people to get plastic surgery in order to ‘improve’ their appearance. This has predictably disastrous and grotesque results. There is still a lot of blood and gore, so fans who particularly enjoy the violent aspects of the show will continue to find a lot to enjoy even as the story gradually moves towards its dramatic conclusion.

The music is as the same as ever, but there are less Dethklok songs featured than usual. This is not just because of the smaller length of this season in comparison to previous seasons. It is also because Nathan has writer’s block and because of the issues that the band has during and after their month of recording. Those who particularly enjoyed the musical elements of the series may find the significant shift in tone towards the end of season to be a disagreeable change, but this season ultimately does not suffer because of its relative lack of Dethklok songs. 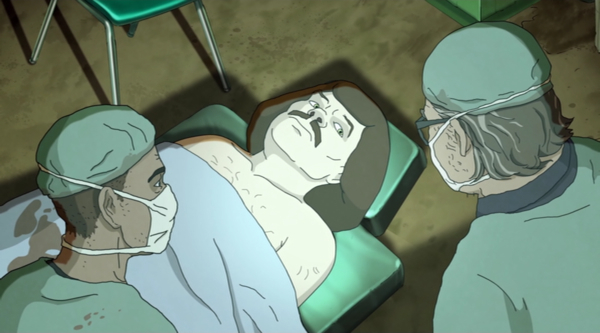 This set does not contain any hidden extras. Nathan Explosion’s reading of Shakespeare’s A Comedy of Errors can be found in the special features menu on the first disc. Several extras can be found in the special features menu on the second disc. These include: “Pickles Flyby,” “StaresDown” Parts 1-3, “MurderThoughts,” “The Prophecy,” “Dr. Rockzo’s Greatest Hits,” “CFO Raps,” Dethklok fan art and “The Dethgame.” As always, the entertainment value of the extras will vary. It would have made more sense for the fan art to be included as a gallery instead of as a video, but viewers can pause the video if they want to look at a certain image more closely. The previous videos featuring Nathan Explosion reading Shakespeare’s plays have been somewhat entertaining and interesting despite the limited animation, but even the most dedicated fans will have issues with this fourth reading. It is monotonous and extremely tedious to watch; the PAL version has a runtime of over 84 minutes. This means that it is technically a feature film according to the scrolling text at the end. If the production did not seem so poorly planned, then the length might not have been a problem, but the final version could have several whole minutes cut out of it and not suffer at all. Sounds and even whole dialogue segments are looped for minutes at a time. This extra features an attempt at humour through repetition, and although it is successful on a few occasions, the repetition is taken so far that it seems as if the existence of this extra is a cruel joke. The scrolling text in all of Nathan’s Shakespeare readings may sarcastically suggest something to that effect, but this time around, it is difficult to believe that this was produced sarcastically. 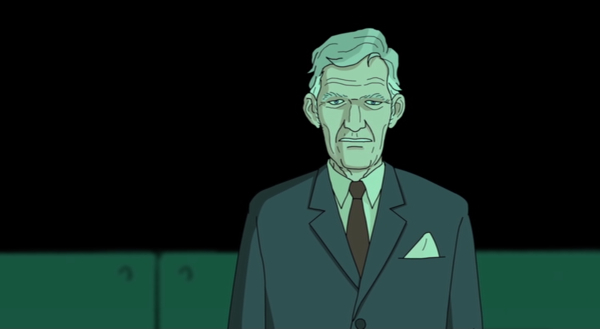 This season is significantly shorter than the previous ones. In spite of this, however, the satire is as clever as ever. The two story arcs in this season are well-paced and well-written. It is difficult to see how the series could conclude with just a single television special, but it will be worth finding out what happens next.