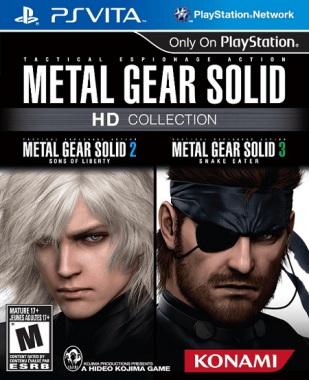 Overview:
Classic video game series hold a special place in most of our hearts and in recent years many publishers have chosen to bring fan favorite series back to life once again by providing HD upgrades to older games. Amongst the companies bringing these HD Collections to the public, no one has done quite as many as Konami, especially when it comes to the Metal Gear Solid series.

Over the last half a year we’ve already seen a re-release of Metal Gear Solid 3 on the Nintendo 3DS, the review of which can be seen here, as well as an HD Collection bundle featuring MGS2, MGS3 and Peace Walker for the consoles which can be found here. Now a Vita version of the HD Collection has been released containing a portable version of both MGS2 and MGS3 in their new HD glory. Does this Vita version offer enough of a new enough experience to step into Snake’s boots once again?

Story:
As one would probably expect, the storylines of both Metal Gear Solid 2: Sons of Liberty and Metal Gear Solid 3: Snake Eater have been given faithfully transferred over to the PlayStation Vita with no modifications to the way the story is told nor the story itself. This means however that the storyline is also just as convoluted and obtuse as always, with plenty of terms that may fly right over the player’s head if they are new to the series and haven’t done their research. That being said, the complex storyline told throughout both games in the collection tell a stunning storyline for those who want to unravel it. 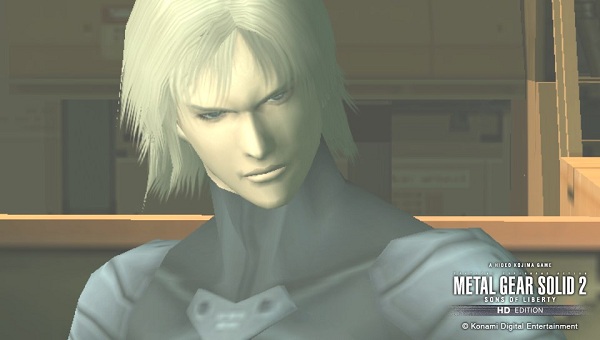 When players begin the game they will be given an option to choose which title to play, with Metal Gear Solid 3 being the first option, given how the events of that game’s storyline actually predate the events of Metal Gear Solid 2 by decades. For those of you who have never touched a Metal Gear game before, Metal Gear Solid 3: Snake Eater follows the mission of Naked Snake. He has been sent on a mission to rescue a defecting Soviet Scientist right in the middle of when the Cold War between Soviet Russia and the United States was at its hottest. As for Metal Gear Solid 2: Sons of Liberty, fans will remember the controversial switch of main characters with Raiden stepping up as the new main character shortly after the game began as they try to save the President as well as stop Metal Gear Ray from being unleashed on the world.

Considering the fact that nothing has been changed, players who have already made their way through either of these games, either when they were first released almost a decade ago or a few months back when the original HD Collection was released, will be seeing plenty of sequences and long cut-scenes that they have already seen. Thankfully these sequences can be skipped if the player wishes, though considering the impressive visuals that the Vita version displays; it would be quite a shame to do so.

Visuals:
While the HD upgrade of both MGS2 and MGS3 on the console version of the HD Collection was stunning to see, it seems that the true home for the Metal Gear Solid HD Collection is on the PlayStation Vita because both titles have seen a significant improvement to their graphics and the small but visually pleasing screen of the PlayStation Vita renders everything perfectly. 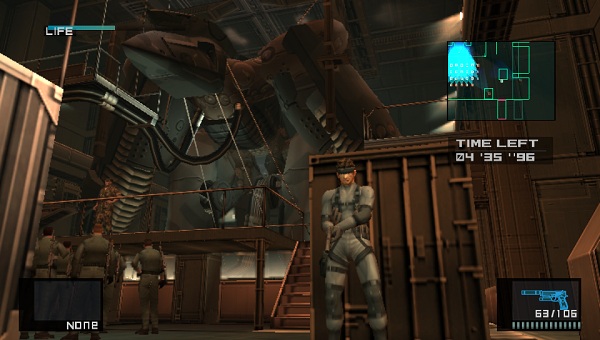 This is especially true with Metal Gear Solid 3, as the game’s release later-on in the PlayStation 2’s life-cycle allowed for the developers to make a more visually pleasing game back in 2004, which means the HD upgrade of this title is much more impressive than MGS2 which has a number of bland textures and repeated areas.

Audio:
As any fan of Metal Gear Solid will remember, the series has always contained stunning voice work and amazing background music.  Because of this, it pleases me to say that this Vita release retains that same high level of quality. Each of the voice actor’s crisp dialogue is well presented and this means that the game’s long cutscenes and constant codec conversations are pleasent to watch and listen to due to the outstanding presentation. As for the title’s background music, it also has gone untouched and provides a great backdrop to the events occurring at any given time.

Gameplay:
Both Metal Gear Solid 2 and 3 were praised heavily during their time for providing a stealth oriented adventure that allowed players to face off against some of the strangest bosses of all time. Many of you will either be glad or curse the fact that both titles retain their classic control scheme and, though this also means that the controls themselves are still a bit dated, such as Snake’s inability to crouch walk and slightly clunky movement overall. 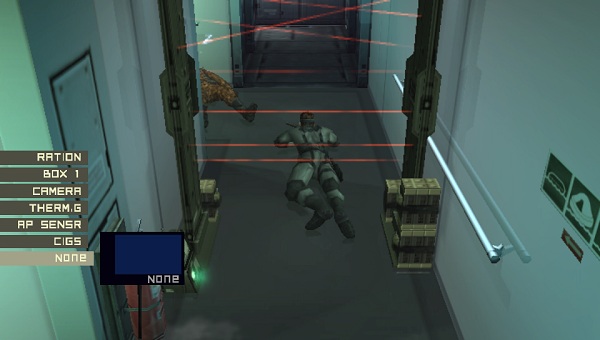 On the other hand, the move to the PlayStation Vita has added a number of brand new touch screen control options, one of which is easily recognizable as a change for the better. Now while players can zoom into various segments of cutscenes with a tap of the finger, or stab people by using the rear touch pad or peak around corners by swiping the screen, the true touch-screen addition for these titles is the new inventory system.

In the Metal Gear Solid series, fans would always need to hold a shoulder button, scroll through a list of items and then select what they want to have equipped at any given time and sometimes it would not only be annoying but tedious as well. With the new touch screen inventory management, players are able to easily un-equip or re-equip their items with a simple tap of their icon. Players are also able to leave their finger on the touch screen to scroll through the inventory list which has been slightly refined and categorized. 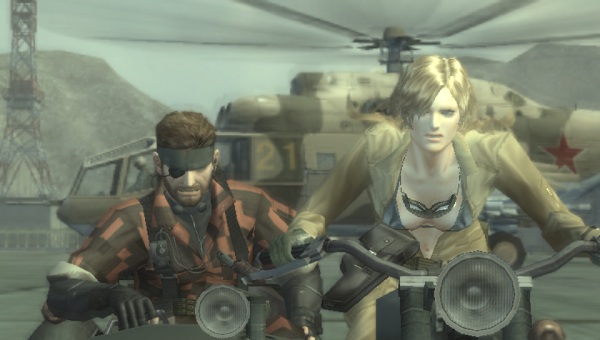 These touch screen additions only help to make what were originally great games even better. Add this to the fact that players will now be able to easily use the handheld’s two joysticks and gamers will now be able to carry these two classic titles everywhere they go. Plus, for those who owned the PlayStation 3 version of the Metal Gear Solid HD Collection, they can “transfer” their save data back and forth between this version, allowing for rather seamless cross-play capabilities.

Overall:
Perhaps one of the biggest arguments potential buyers can make to justify not picking up the Vita version of Metal Gear Solid HD Collection Is the fact that it doesn’t include Peace Walker as well. While this is a detriment to the release as a whole, the two games that are still included in this release will provide some of the most outstanding experiences you can have on your PlayStation Vita, and the best part of it all is the fact you can now have these experiences anywhere you choose to.