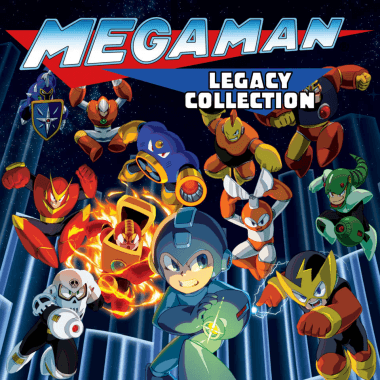 Overview
Mega Man has earned his status as a legend in the industry more so than a lot of the mascots who are still around today. While the franchise is known for its great difficulty, the fans have stuck by his side through the worst – with two cancellations of new titles occurring back to back during the past few years. Well, Capcom are ready to celebrate Mega Man on new consoles with Mega Man Legacy Collection – placing a collection on current generation systems that feature the first six titles in the main series. With some nice special features and fan service, is this collection enough to appease its audience? Let’s find out.

Gameplay
I guess I should start by telling you that the six ports of the original Mega Man titles play wonderfully, but you would expect that considering the age of the selection and power of the consoles playing it. That being said, there really is something special about each one of these titles, as while the difficulty does change a bit, these games hold their rewards in the form of progress for those who can piece together each platform and enemy in order to get through to the next area. Yes, this is where Dark Souls gets its gimmick folks, as Mega Man was doing this before many of today’s gamers were born. As for little annoyances that have risen in ports of Mega Man games, you should also know that there is no input lag or any grievances on that front either (or none that I found), meaning the emulation is rather flawless from Capcom – who are getting good at this port thing. 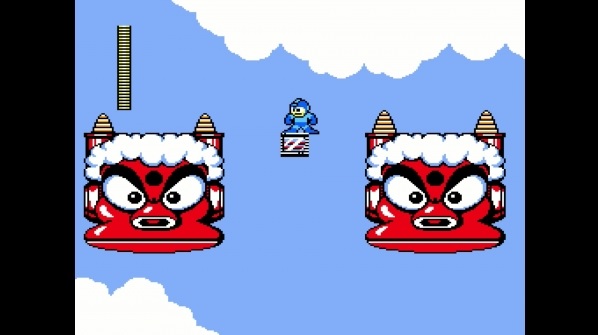 To those who have never played Mega Man, the games pretty much all work the same. The player starts at the front of the level and must work their way through the stage, eventually getting to a themed boss, where their weapon can be obtained and used for the next stage. As I am writing this, I can definitely see how influential the franchise has been on the industry as so many developers use these mechanics for current titles, but I don’t think they have nearly as much finesse or originality as most of the collection here. 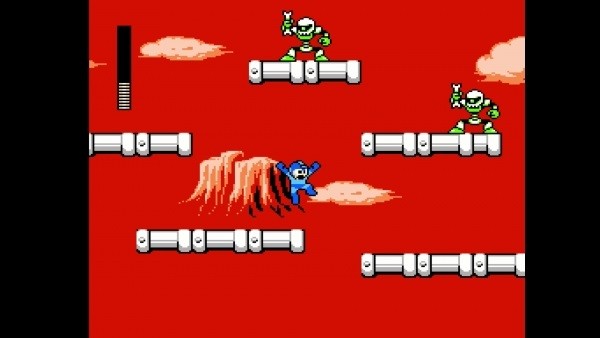 Legacy Collection offers remixes of stages as well that come connected through portals. Once you clear one area, a portal takes you to the next. Its not at easy as clearing one little segment though, as think of this as the best of the best of Capcom’s design choices for the franchises, utilizing all of the six titles’ best segments to not only test the player, but to treat them to an ingenious walk-through of history. There is also a ton of fan service to be found as extras within this package, such as art and images of every enemy you encounter, a full jukebox featuring the game’s music, concept art, and so on. Unlike Rare Replay (which is an outstanding collection in and of itself), you really don’t have to play the games right off the bat to unlock all of this as I think Capcom realize that fans don’t need to prove their worth in Mega Man in order to get rewarded. 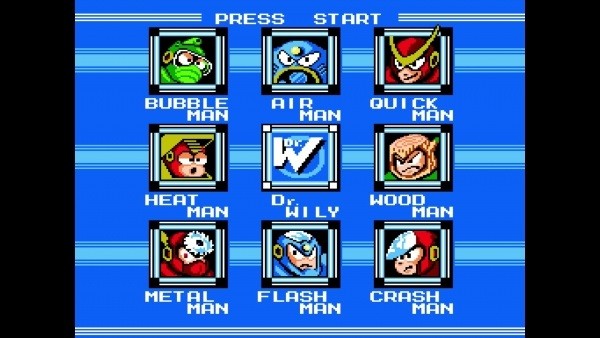 There are a lot of memories on this disc that those who are around 25 or older are certainly going to enjoy. Getting to fight Metal Man all over again (which in my opinion is the best boss within 2), seeing Rush for the first time in Mega Man 3, and so many other moments are able to be revisited all over again. Sure, these titles are generally similar in story, but each have a very different approach in terms of gameplay and you can definitely tell that 5 and 6 were fighting a newer market of mascots and platformers as the additions and design seemed to take more risks with new additions to the series. That doesn’t mean that they are lesser titles, its just something I found interesting when going through and testing each title all over again. 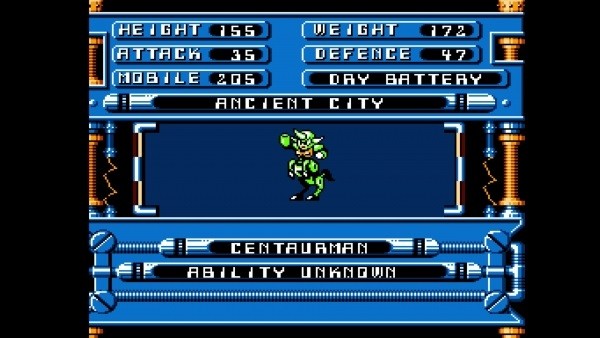 Visual
Expect 8-bit. There isn’t a lot to say about these games that haven’t been said regarding the graphical look. This is as raw as old-school visuals look, and thanks to a lot of color and some brilliant character design, its an absolute treat to see so much variation over six titles. I will admit that the menus are bland for Legacy Collection, but it seems they are trying to capture the more simple stylings that these titles are known for. I mean, I think the Legends series were the flashiest out of the Mega Man lot, so yes – its understandable to see some simplicity. You can also customize the look of the games by stretching to widescreen, or playing at the original format with some black or themed borders. 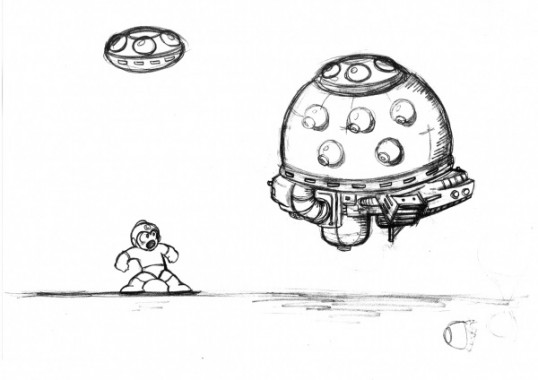 Audio
As for the audio, wow. I am so happy they included an option to listen to the music from the start, as I feel I could live in Mega Man 3’s soundtrack. Each title has a superb set of tunes, and it should also be said that this audio is what has inspired so many artists to pick up instruments. We have seen a ton of Mega Man cover bands out there, and these tunes are why so many feel the need to celebrate such a rich and storied franchise endlessly.

Overall
Its not an easy thing to review six titles that separate mean so much to so many gamers. Everyone has a favorite boss, a favorite game, and Mega Man Legacy Collection does a great job of showing fans why we love Capcom to this day. I wasn’t even much of a Mega Man kid compared to most, but I still smiled going through my favorite (Mega Man 3) as soon as I was on Gemini Man’s stage I was put back into a different time and place with that one title. This package is jammed full of nostalgia, with enough special features to keep fans busy for a while. Capcom have yet again crafted a collection to celebrate, but I do hope they know that the more newer generations revisit these titles – the more they are going to demand new installments to keep such a legend alive.