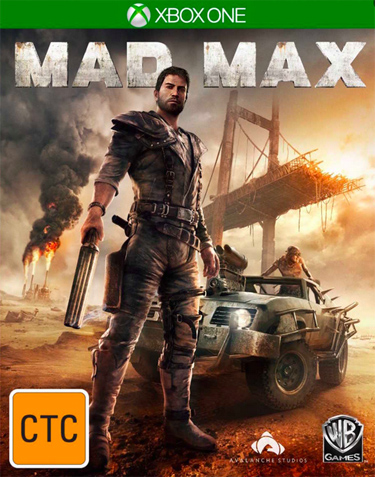 After the critical acclaim of Mad Max: Fury Road, it is no surprise that Mad Max the game was a highly anticipated title. Developed by Avalanche Studios, the guys and gals who make the incredible Just Cause franchise meant that this was a potential partnership made in heaven (or Valhalla if that’s more your style). Mad Max is a game that manages to get in its own way and while it is a fun experience, it is one that is void of the magic that makes the Mad Max franchise so beloved in the first place. 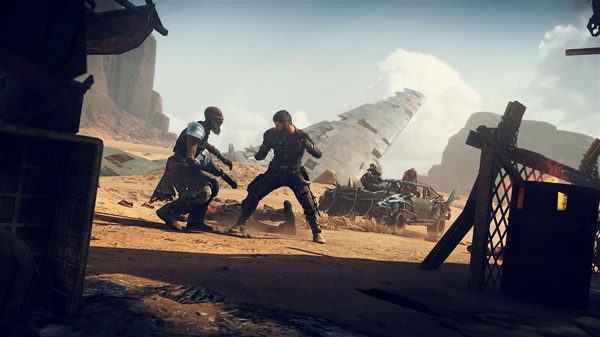 “The Wasteland is a dangerous place…” That one line of dialogue is just about all you need to know about the story of Mad Max. After a war has all but wiped out humanity, what’s left now live in the desolate, desert wasteland of what (presumably) used to be Australia. Times are tough, with violent warlords ruling over the regions with their war machines and ravenous soldiers, and Max Rockantansky is stuck in the middle of it all. When a warlord by the name of Scrotus steals his prized possession: his car, and his men turn it into scrap, Max is tasked with not only getting a new set of wheels, but also getting back at Scrotus’ men and escaping this part of the Wasteland.

Without getting into spoiler territory, Scrotus links the game to this year’s film in a way that is just really unnecessary and kind of cheapens the whole thing. Part of the appeal of the Mad Max franchise is that these characters and these stories are often not linked at all, sparing the fact that Max happens to stumble into them. Having Scrotus be a connection to the film kind of feels like a cheap way to siphon popularity from one another. 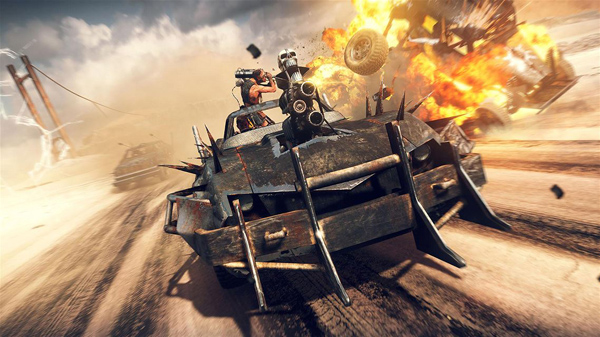 Mad Max is an action game (like anybody is surprised to hear that one) that is broken into two parts – on foot and vehicular action. The on-foot sections play like your typical third person action game, where Max has to infiltrate enemy bases, defeat the enemies inside, loot them for treasures and then move on.

It seems that in terms of video game combat, Warner Bros. have found their golden goose with their FreeFlow combat system. The simplistic, yet surprisingly in-depth method of action gained popularity in the Batman: Arkham series of games, was then co-opted by the recent Shadow of Mordor and has now found its way here. As you would expect from FreeFlow combat, you use X to attack (while holding down the button does extra damage) and Y to counter-attack. While I tend to really enjoy this system, it seems somewhat out of place here. Firstly, Max isn’t as agile as Batman, meaning that the player’s reflexes have to make up for that; if you don’t hit the counter button as soon as you see the on-screen prompt, then it is too late and Max will likely have his head punched in by some power-hungry War Boy. 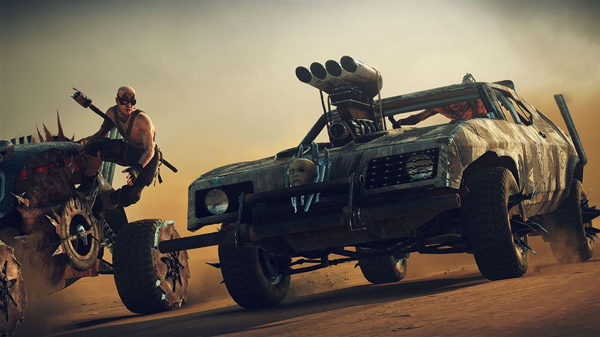 As you progress through the game, you will unlock Max’s “Fury Mode,” which is a meter that charges up as you hit enemies, and while it is full you will do more damage and perform more savage kills. It is a cool little twist, but like the combat itself – nothing we haven’t seen before. The fact that this feels copy/pasted from other games feels like a bit of a disservice to everyone and everything involved.

When you aren’t on foot, you will be driving you car; the Magnum Opus. Originally the MO is a piece of s*** that can barely steer, but as you find scrap, complete missions and buy more parts, she becomes an absolute behemoth on the roads. Initially, since your car sucks, driving around and facing down a convoy is a little less than fun, but once you unlock some new wheels, an ungraded grappling hook and a sniper rifle then you are off to the races! (literally and figuratively of course).

One of the most intense moments in the game for me was taking down a convoy of trucks and cars that carried special loot. Typically you would expect a drive-by encounter in a video game to last a few minutes at most before it is over and you can move on. However Mad Max manages to keep the char chases exciting and drawn out, often taking 10-30 minutes just to complete. Since car chases are such a vital part of the franchise, seeing them so fleshed out was pleasant and offered a nice change of pace from potentially similar games.

What I really enjoyed about the ground/car mechanics was how seamlessly you could go from one to another. Your Magnum Opus is a tool at your disposal, and you can ram down an enemy tower, quickly hop out and punch a few enemies, then hop back in and switch to your grappling hook to wrench an enemy from their own driver’s seat before all with an incredible amount of fluidity. Considering the game strikes an excellent balance between the two play styles, being able to use them in tandem so elegantly was an important aspect of the game and the developer’s nailed it.

One thing to say about everything in Mad Max is that it is exciting to begin with, but very quickly gets repetitive. Missions often play out the same and combat very rapidly turns into a button-mashing chore. There are collectibles to find in every location but even after a while the missing one or two logos or bundles of scrap become worth less than the trouble it takes to find them. 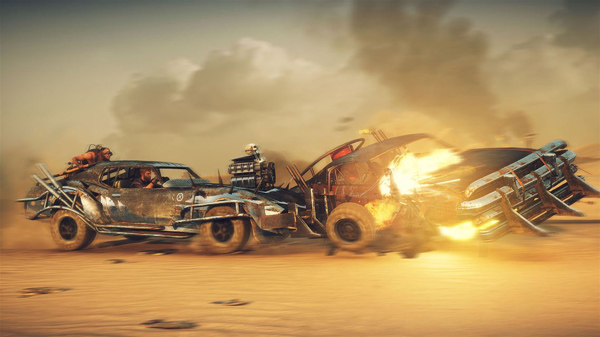 While Mad Max might not play perfectly, the same definitely cannot be said about how it looks. Now dusty brown landscapes are nothing new in the realm if video games but the developers have taken it to a whole other level here. The Wasteland looks absolutely beautiful – that is to say it looks desolate, barren and downright ugly. The sand dunes and rocky outcrops all look like photographs taken in the middle of the Simpson Desert and just standing on a cliff face and looking out onto the horizon results in a screenshot that is worthy of a desktop wallpaper.

Not only do the dusty roads of the Wasteland looks magnificent but everything just feels like it belongs in the world of Mad Max. The cars are all rusted out shells with spikes, barbed wires and other makeshift weaponry jutting out at every which angle. Then we come to the NPCs and enemies you encounter along your journeys; every one of them feels as authentic as the cars they drive and world around them, be it their tattered clothes or distinguishing injuries or bodily markings, everything just feels like it belongs in Mark Millar’s universe.

So the Wasteland looks like it should, but does it sound like it should? In one word: yes. Just about everyone you meet will speak in a thick Australian accent (which I have come to accept as being incredibly grating when you aren’t expecting it). 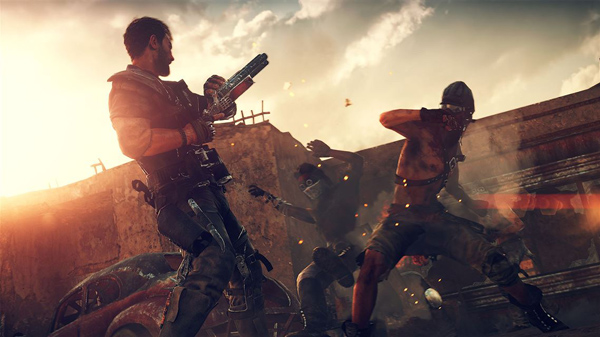 Despite some repetitive gameplay and an overused combat system, I’ve definitely enjoyed my time with Mad Max but the something was missing. The game doesn’t live up to the “Mad Max” legacy and just left me wanting more. With every War Boy I pummelled, every piece of scrap I collected and inch of the Wasteland I explored, I just wished I was playing a Fallout game or watching Fury Road.