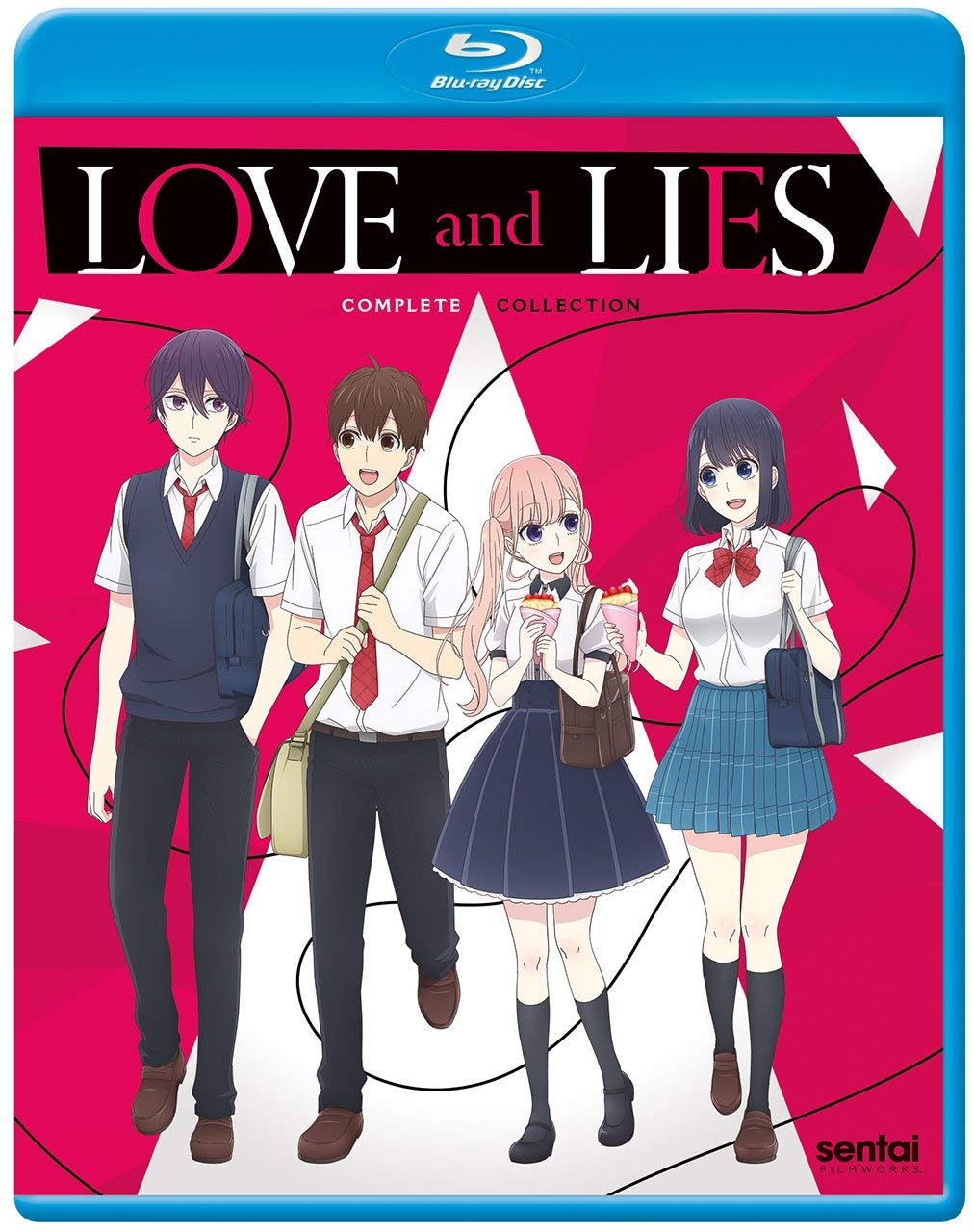 Anyone that has been keeping an eye on Japan has likely noticed that the country has been suffering from a severe decline in birth rates as well as troubles with men and women even forming couples. While there have been plenty of methods used to encourage a new generation of Japanese to form couples, the Love and Lies anime takes things a step further by being set in a world where the government decides who you will marry and punishes anyone who doesn’t follow their rules. Does this series manage to tell a satisfying story of a couple struggling to fall in love within these rules?

In the not too distant future the Japanese government has implemented a special system that was created to encourage successful marriages and combat the low birth rates that have been plaguing the society. This system compares the compatibility of everyone once they turn sixteen years old and assign them a specific partner to be married to with those who disobey their assignments being given severe punishments. 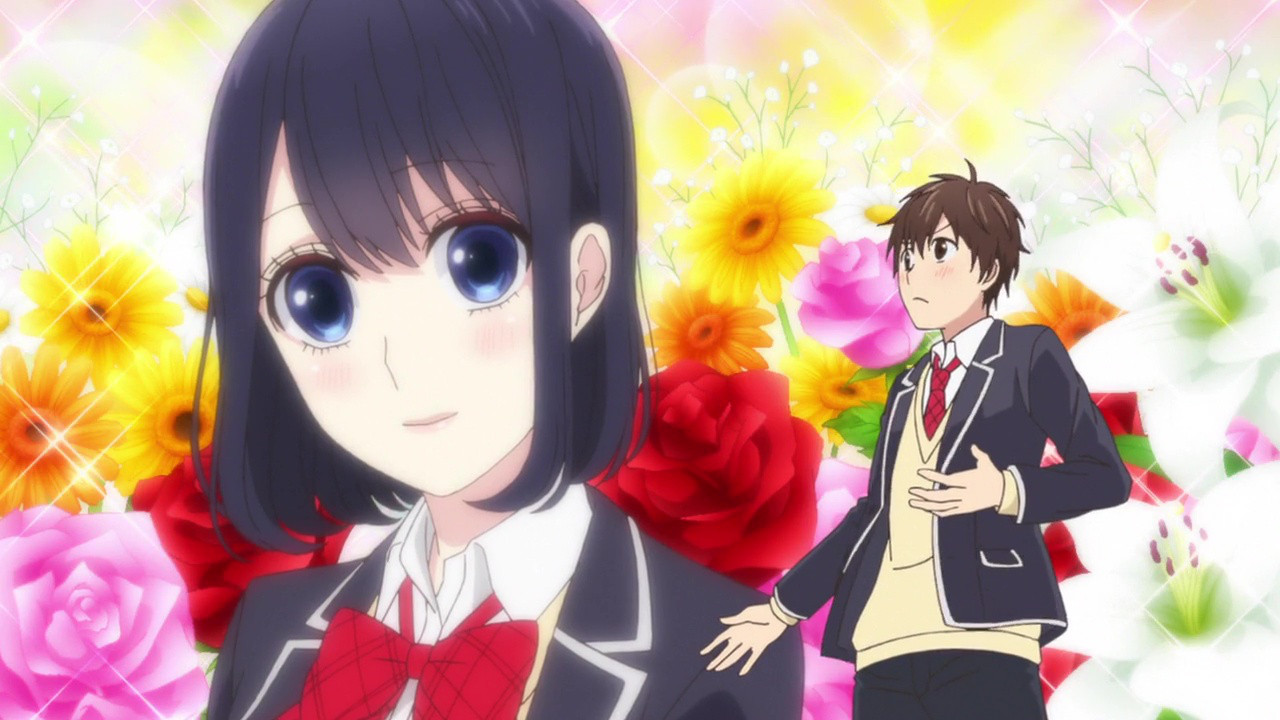 Yukari Nejima is a bit different from the rest of the young people in his school in the way that he actually already has someone he loves.  In fact, before his birthday he confesses his love to his longtime friend Misaki Takasaki and she even accepts his feelings as she loves him too. Unfortunately this love ends up being something of a tragic one as the government has instead assigned Yukari a girl named Ririna Sanada to be his future wife.

Not one to be defined by what the government says, Yukari chooses to continue with his love for Misaki with Ririna even encouraging the “illegal” relationship between Yukari and Misaki. In a country where love plays little role in who ends up together in the end, can the lies told by this couple lead to a happy ending? That is the question that viewers would hope Love and Lies would try to answer but unfortunately the anime spends most of its time floundering due to poor writing, bad character development, and a complete waste of an intriguing system that is never truly explored. 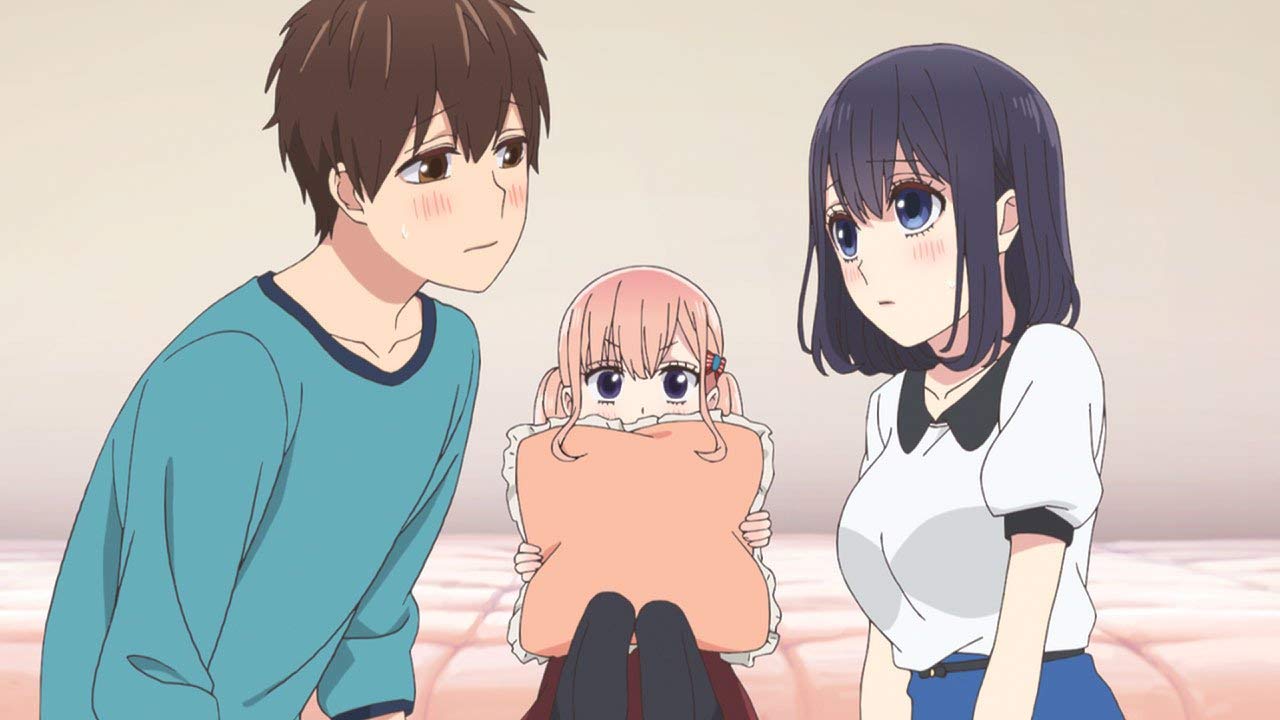 The biggest issue with the series comes from the core characters themselves as not only is Yukari a rather poor choice of a main character as he is indecisive to an unbelievable degree which only exacerbates the problems that arise from the fact that the two girls that he is set up with in the series’ love triangle are just as bad. The explanation for why Ririna is so excited to see such a “forbidden” relationship blossom in front of her and why she encourages it only to fall in love with Yukari for real is ridiculous, even in a world where love is held hostage by the government’s pairing system.

Combine this with the constant back and forth with Misaki constantly struggling in silence as she cannot reveal her true relationship with Yukari as she witnesses Yukari and Ririna act like a loving couple and we have a group of main characters that have the potential to be developed but are never done so in any meaningful way, in fact by the end of the anime things only end up getting more complicated due to Yukari. 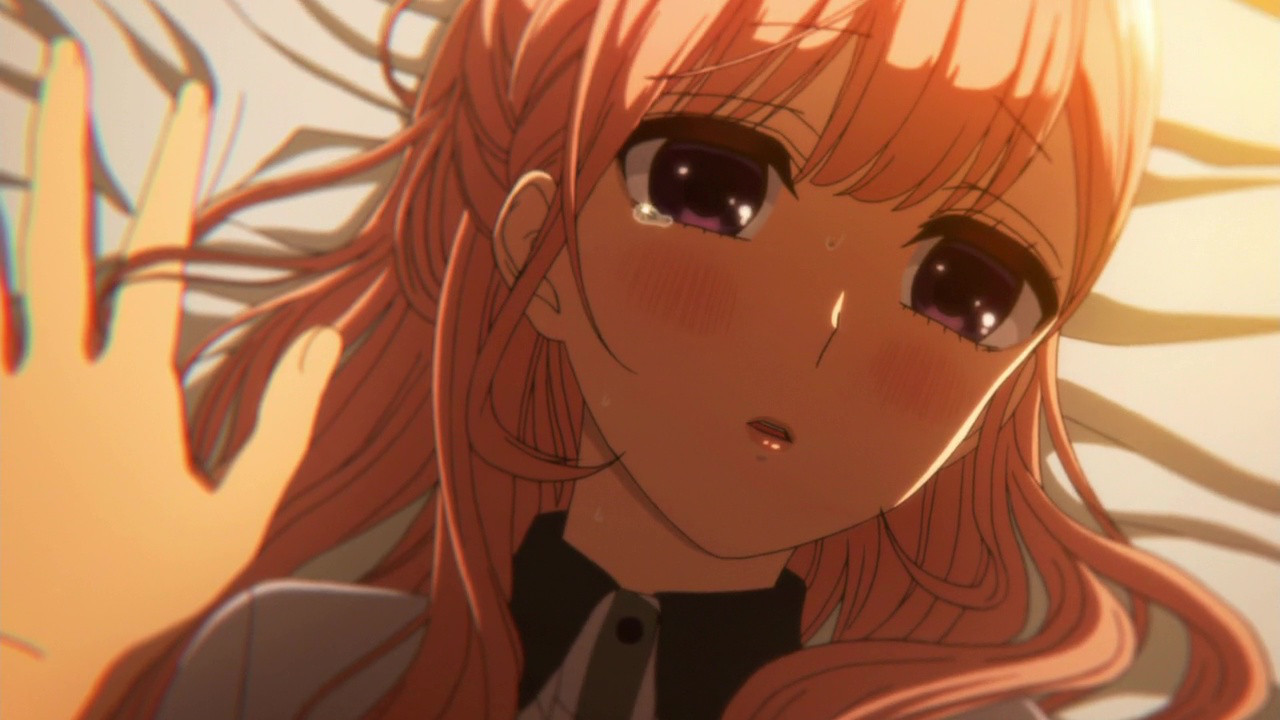 Of course this is likely due to the fact that Love and Lies is based off of a manga that is still being published in Japan but even when it comes to trying to hook viewers into reading the source material, one would hope that more development could have been made in the actual series and more themes actually examined. This is especially true in regards to the fact that the premise of the world is barely examined, especially with one specific character’s type of love never truly expressed out loud or explored in any way as to how it would work in a system such as the one Japan has instituted.

Love and Lies is animated by Liden Films and they have done a rather nice job with the series’ art style. Although the characters’ eyes may be a bit strange at first viewers will quickly get used to it while the actual character designs are fairly standard for a romance anime such as this. 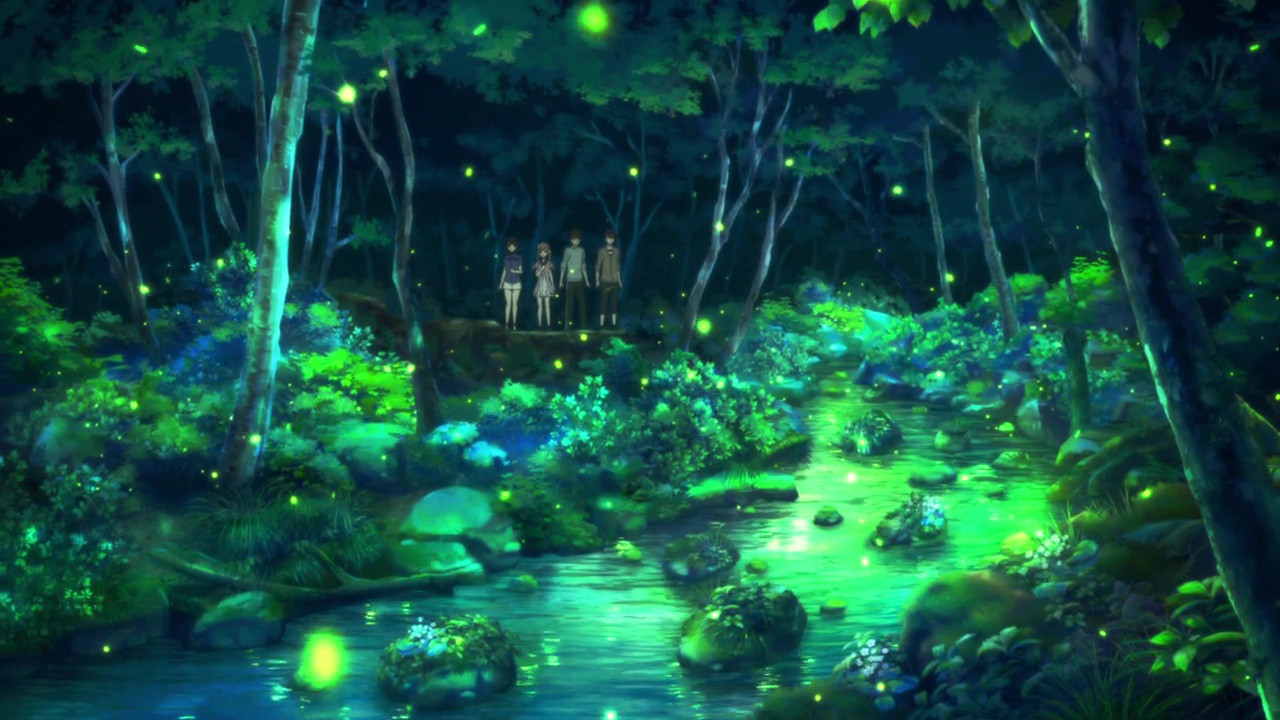 Where the series does stand out is during a number of scenes that really pull the viewer into them as the characters mull over their futures and of course, during any of the romantic scenes where the animators spent plenty of time trying to make them as fan-service heavy as possible without actually entering “ecchi” territory.

This release of the series only offers the original Japanese voice track and for the most part this isn’t much of an issue. The characters are voiced suitably enough for their roles though don’t expect any real standout performances here as even the dramatic and sad moments feel like the standard fare for a series such as this one. 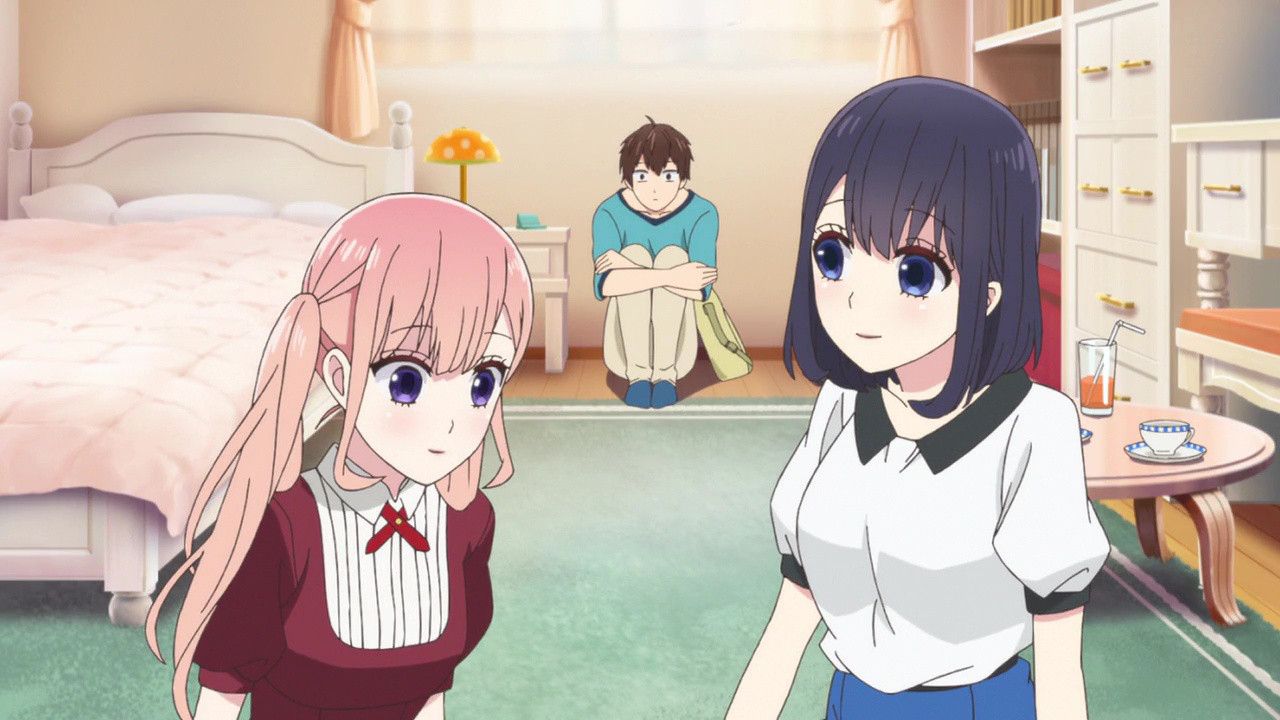 The background music is also fairly simplistic in nature while the opening theme “Kanashii Ureshii” by Frederic does serve as a nice and fitting track for the series while the ending theme “Can’t You Say” by Roys is also fitting but fairly forgettable.

Sentai Filmworks’ release of Love and Lies is a rather simple release as the only bonus features include clean versions of the opening and ending animations alongside trailers for other releases from the company.

Love and Lies fails to capitalize on the potential that is built up by its interesting premise. Instead viewers are presented with a rather generic love triangle where only the most standard developments end up happening, though they do have a bit of a twist to them thanks to the trio needing to keep up the charade of sticking to the law. Unfortunately this leads to a romance series that will leave viewers wondering what the point of watching it was other than to see just how odd love can be at times.

Love and Lies may have an interesting premise but its poorly written main characters and lack of actual development leads to squandered potential in what ends up being a rather bland romance anime.
4.5