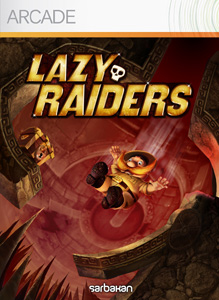 Story
“Dr. Diggabone’s so lazy he won’t even walk… But that’s not stopping him from going after 16 priceless lost relics. Jump in and take control as you tilt and flip the world to send him on a quest for instant fortune and fame.” [via http://www.lazyraiders.com/]

That little summary taken from the Lazy Raiders website pretty much sums up the entire story plot. 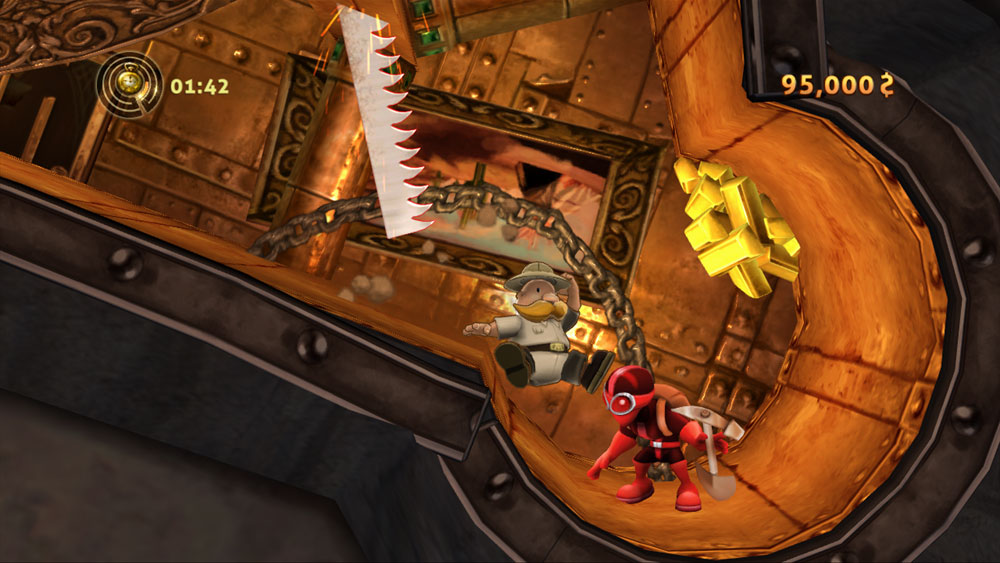 Gameplay
The gameplay of Lazy Raiders requires you to shift the map by spinning the room and letting gravity do all the work. Since Dr. Diggabone is too lazy to move, he will just let gravity drag him down. By spinning and flipping the level you help him collect gems, idols, and relics. You can’t appreciate the entire mechanic until you see it for yourself, so here is the trailer for you guys to watch.

If you didn’t watch the trailer, then you really are missing out. So go watch it!

Now that you have watched the trailer, you can see that the game gives a feeling of being rushed, and having to quickly make your decisions. At times this is true but Lazy Raiders is still a puzzle game, so take your time and plan your actions carefully (unless you are going for a good time on the leaderboards, in which case you should do it as fast as possible).

The controls are simple. Y focuses the screen (Some people are quite sensitive to the spinning, and focusing the screen helps reduce the spinning effect slightly). The left and right triggers zoom in and out gradually, while the bumpers zoom in or out to the max level. Finally, A flips the map completely upside down.

Many things will try to kill you while solving these puzzles (actually you will kill yourself, since all the threats are based off of them coming to you due to gravity, or you spinning the map wrong and falling into harm’s way). Spikes are abundant, Boulders flow with gravity, and thieves steal your gems. There are 80 levels for you to master, each revealing even more traps and obstacles to avoid as you search the caves in search for treasure. 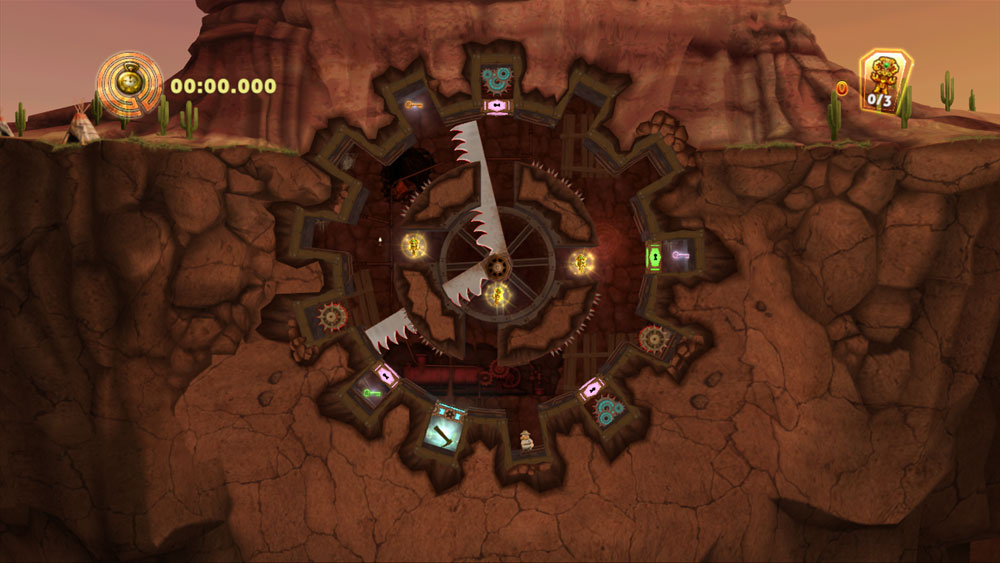 Audio
There is a small ambient of background music as you traverse through the levels. The background music helps envelop you within the atmosphere of the game, but it is usually drowned out by boulders hitting walls, blocks falling, and chimes as you pick up gems. The game seems to pride itself on its sound effects because these are more clearly evident and will catch your attention more than the background music.

Achievements
Lazy Raiders is entirely single player and all the achievements just take time, patients, and quick solving. Most of the achievements are pretty easy depending on your skill level, the hardest one is “Legend – Collect all 16 relics and all 192 idols”; pretty much 100% the game. If you manage to unlock the ‘Legend’ achievement you will most likely have unlocked every other achievement already.

The game also includes a few gamer pictures unlocked by starting the game. Two avatar awards are also within the game. 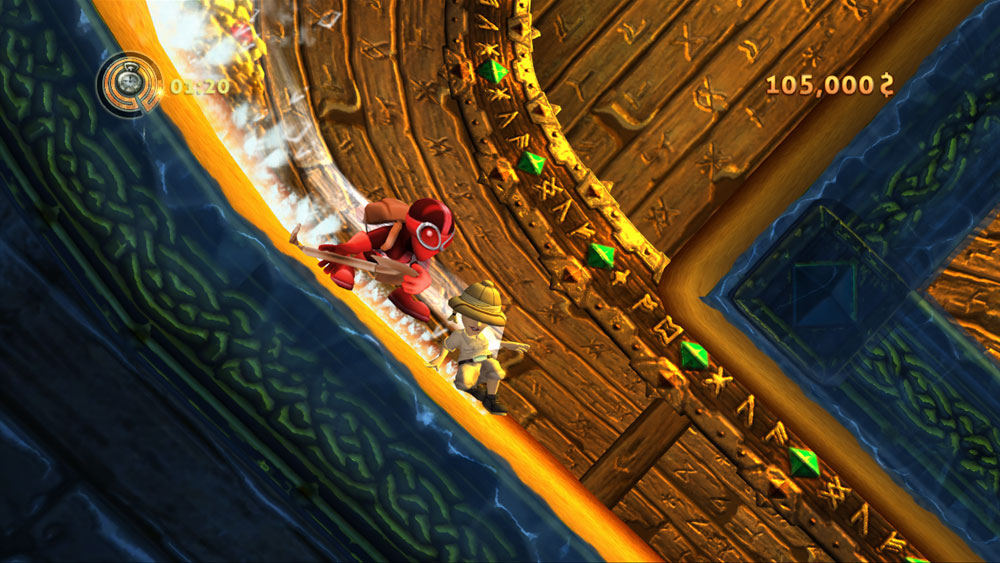 Overview
Lazy Raiders is a puzzle game with a unique “Spin” (excuse my pun and the ones that follow). It will keep you on your toes trying not to die, while at the same time forcing you to make accurately quick gravity switches to collect the gems. Lazy Raiders starts you off smoothly but quickly tosses you into the nearly impossible. Lazy Raiders is a truly mind spinning puzzle game and you won’t even notice the clock’s hands spinning as time flies by, except for those of you who use digital clocks (yeah, go ahead ruin my pun streak!). I give Lazy Raiders 9 capsules out of 10, so go buy it and get lazy! Hopefully this game gets onto the Iphone where the game mechanics can truly flourish.

Sarbakan has been gracious enough to supply an extra Lazy Raiders code for us to give to our readers. Leave a comment telling us why this game looks interesting to you for a chance to win. Once we get 20 to 30 comments we will pick a random winner and email him or her the code. Make sure your email is valid so we can send it to you.