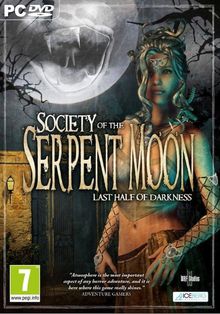 Overview
Iceberg Interactive has already created a trilogy of the Last Half of Darkness with the following titles: Shadows of the Servants, Beyond the Spirit’s Eye, and Tomb of Zojir. Now, they add an additional chapter to the mix with Society of the Serpent Moon. Having established a community for their murder mysteries, Iceberg Interactive has accomplished creating a thrilling atmosphere that brings point-and-click puzzlers back for more.

Story
A small french town called Antibes has been plagued by mysterious murders, and those that begin to ask too many questions end up missing as well. Investigating these strange happenings is your fiancee, Wendy. After a brief and disturbing meeting with Bruce – owner of the Blue Iguana nightclub, she anticipates herself to become the next victim. Withholding important information, Wendy sends you a package containing a booklet and a strange disk. However, when you receive the package from Antibes, you find find it contains an additional item – a bloodstained engagement ring…

As Billy Black, a non-conventional investigator, your adventure begins by arriving at the motel where Wendy had been staying. Hardly anything works in the joint, and expect to receive less than a warming welcome from the motel manager. That’s if the manager is anywhere to be found. Letting yourself into Wendy’s room proves you have even more to worry about. When shadows begin to move and snakes populate the city as much as the villagers, you will believe that the town is in need of extermination. 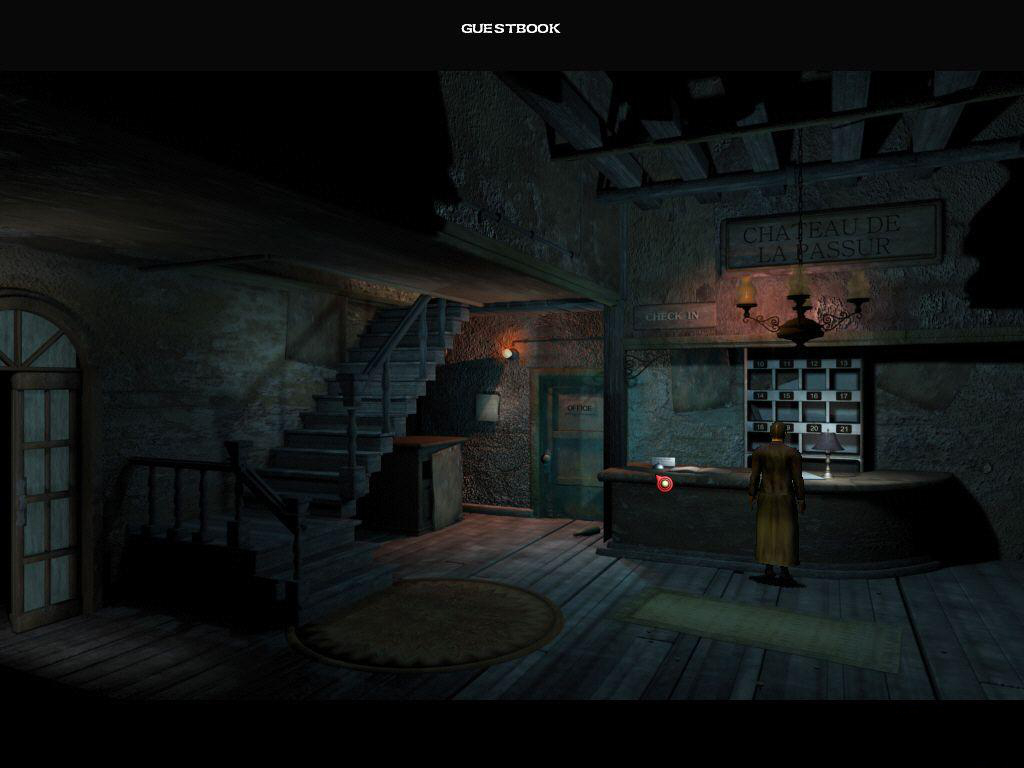 After learning of a dark cult using young women for sacrifices to their leading witch, Antibes begins to reach beyond strange. Will Billy get to save his fiancee in time or struggle with his own sanity? Here lies another chapter in “The Last Half of Darkness”.

Gameplay
Let’s first speak about what Society of the Serpent Moon does well. Creation of the murder mystery atmosphere is apparent as soon as the first room is entered. The eerie feeling of desertion and minimal light provides an even greater experience while playing in the dark. Moving shadows, decaying bodies, and vicious snake bites build the deadly landscape that is Antibes.

Collecting items becomes your main access for resources to unlock puzzles and new areas of the map. Perhaps a menacing dog is blocking your entrance to a room. Finding an item that could distract the dog may help in gaining access to the room. In some cases, items can be combined with one another to create an unique tool that could be used to open a lock or even rappel down a cliff. A prime example of using a tool to access a puzzle is of the screwdriver opening the electric console of the ice machine. After opening the console, you will have to use the correct combination of circuits to make the machine work. 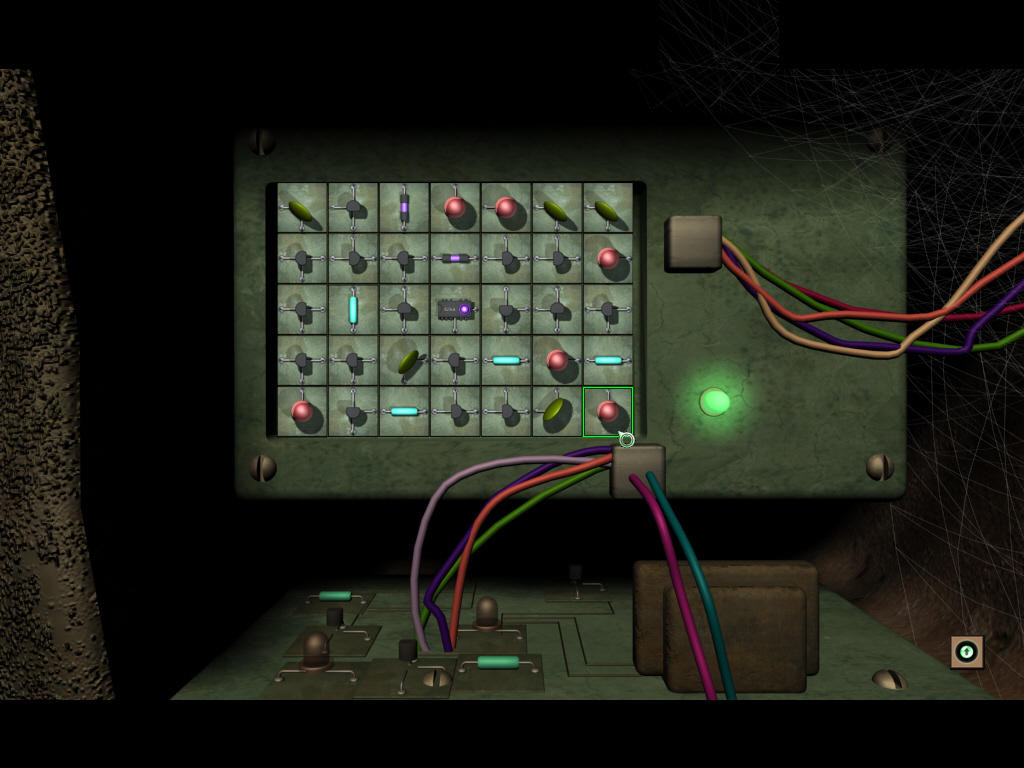 Another interesting and innovative part of the gameplay is the use of outside materials for game clues. Remember that Wendy sent the “booklet and disk” to Billy? Well, the booklet is actually part of the manual, and the disk she sent is the actual DVD to play the game. Forcing the player to read the manual and making notes about the DVD is a creative tool to involve outside interaction.

What game isn’t complete without a list a bugs accompanying it? While playing Society of the Serpent Moon I have noticed some major and minor issues that will affect your time playing. One glaring issue occurs when switching utilities using ALT-TAB. After shifting to the desktop the active game cannot be reloaded and results with a fatal error exiting the game completely. Another major issue can be seen upon reaching the mine. By using the TAB key, you are able to see all exiting points. Just before the collapsed section is an area that should only have two exit points – there are three. Accidentally clicking the non-exit point will cause Billy to become stuck and unable to move. You will need to load a prior save game in order exit this situation.

Not posing a huge struggle or disappointment is the Raven’s Hunt chest game. The chest holds a locking mechanism that can only be released by acquiring 2,000 points in Raven’s Hunt. A simple bug that had not been fixed during the game’s release is the reset function. The rules stipulate that resetting the board to acquire a new distribution of snakes/ravens will cost the player 100 points per reset. After applying the reset the 100 points were not taken away, and the player is left with unlimited amount of resets. This bug allows players an easier time to finish the chest requirement of 2,000 points regardless of the difficulty of the game. 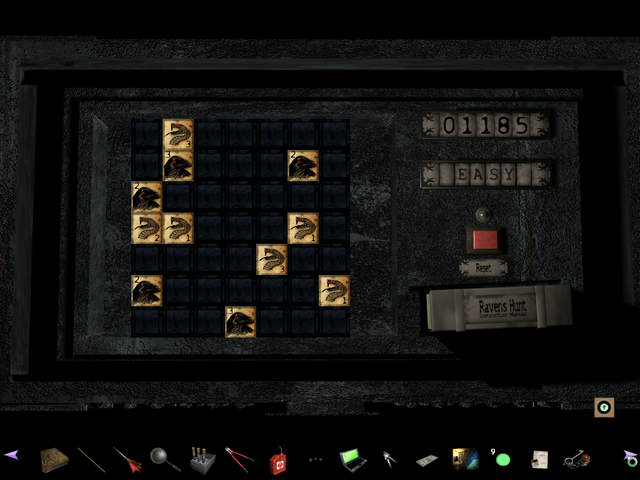 Encountering lag in a point-and-click title does not bode well for the player. Several moments during gameplay I noticed Billy walking in slow motion towards the intended target. Luckily, Iceberg Interactive incorporated a double-click function that automatically utilizes the exit point for fast travel. However, discovering an area for the first time can be grudgingly awful when combined with lagging movement.

Visuals / Audio
Perhaps one of the best attributes of the title are the artistic environments. Spanning from the deserted streets of a small French town to the inner workings of a cultist temple, the environments are deceivingly detailed. You will leave no crook, cranny, nor dog bowl untouched in this game! While the deception is a pleasant aspect, you will undoubtedly thoroughly search each level for objects or clues to solve puzzles. 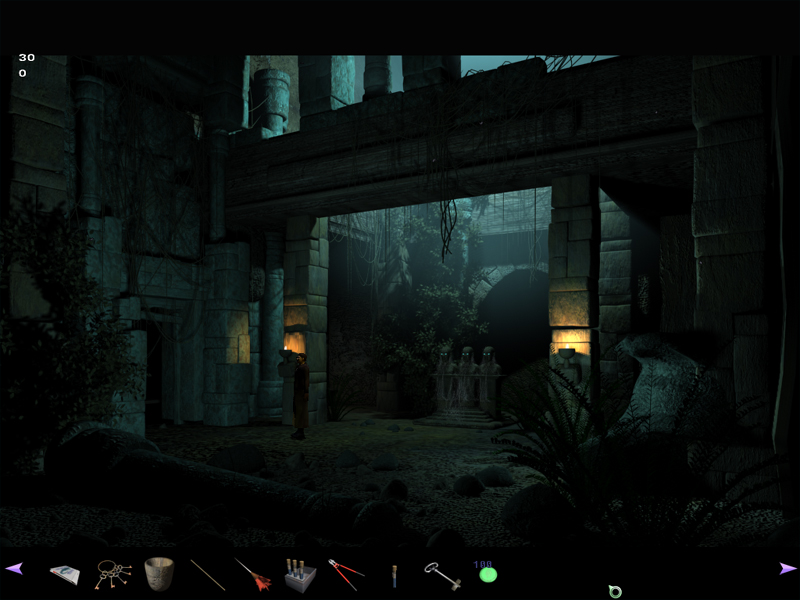 The quality in visuals and audio begin to decline when the animated cut scenes are present. Too often have I encountered game’s that presented “close enough” model to voice animations, and Society of the Serpent Moon invokes this readily. I understand that animation is a tedious job, but the end result should leave a satisfactory combination of vocals and oral movements that doesn’t distract the audience.

During the initial chapter I began laughing after hearing the voice acting of Billy Black. I felt as though Christian Bale had entered the room in a Batman costume demanding, “Where’s Wendy Joker!?” Regardless, the raspy voice doesn’t deter from gameplay and added a comical factor. On the other hand, ghostly characters can be hard to decipher. Combining subtitle text with vocals helps tremendously during these moments.

Overall
Society of the Serpent Moon has potential by delivering amazingly detailed environments and intensifying atmosphere. However, the effectiveness of these attributes are drawn away by incomplete game mechanics and animation quality. What remains is a satisfactory game that has several kinks to be worked out until it can be fully enjoyed.

Dedicated fans that have experienced the Last Half of Darkness trilogy should enjoy this new chapter of the franchise. Others that frequent point-and-click adventures can test out the demo (here).