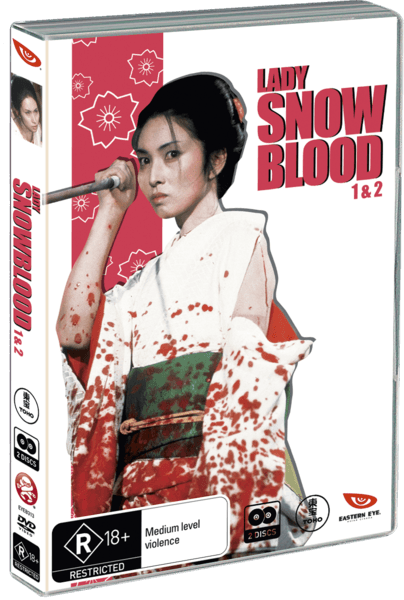 It’s impossible to talk about Lady Snowblood these days without mentioning Kill Bill and that’s a crying shame. Not only is Lady Snowblood the superior film, watching it makes Kill Bill look like no more than a ruthless knock-off. It’s almost as if Quentin Tarantino didn’t expect anyone to watch the same cult films as he did. Even then, it’s only cult in the West. Almost everything that isn’t directly related to the dialogue appears to have been stolen and co-opted into Kill Bill. The framing is the same, the themes are the same and to a large degree the plot is the same. In fact, it’s heavily implied that O-Ren Ishii is Lady Snowblood.  I’m glad we got Quentin out of the way early because this film is one of the greatest achievements in cinema history.

This is the epic tale of Yuki Kashima (Meiko Kaji), who is known by those who fear her as Shurauki-hime (Lady Snowblood). Both films are theses in vengeance, however the first film makes it personal. Her tale of revenge starts before her birth. When Yuki’s mother (Miyoko Akaza) is raped and jailed, she concocts a plan for revenge that can reach outside of her confines. Told through a multi-tiered flashback so complex that it would make Inception blush, Lady Snowblood is broken into becoming a killing machine to revenge her mother. She sets about finding the 4 criminals by doing freelance assassin work for their enemies. 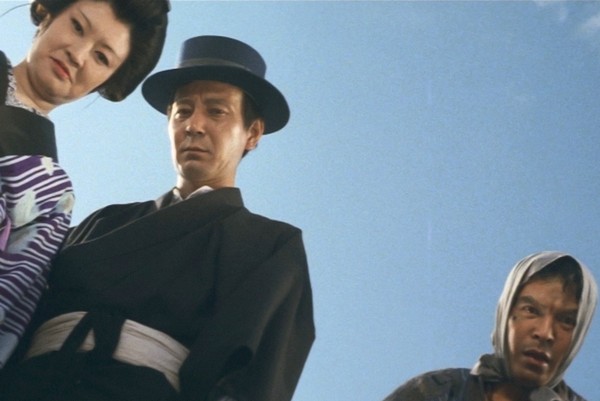 Lady Snowblood’s density of themes betrays its comic book origins. While I wouldn’t be surprised if whole plot lines were missing, there’s never the feeling that a core chunk of exposition has been missed. In that sense this adaptation reminded me of Akira. Like the classic films of Kurosawa, the preparatory phase of each major assault is milked for both tension and character development. Director Toshiya Fujita knows exactly when to slow the pace down and pick it back up as needed. The end result is a film that breathes with the action, panting through fast cuts in action sequences, holding it’s breath in the tense moments and sighing with each resolution.

Revenge is a multi-faceted emotion. If Lady Snowblood only sought vengeance for her mother’s death, it would seem impersonal. Instead, character work and exposition are inextricably linked. Arguably all films should strike this balance but far too often directors don’t even think about it, let alone go to the effort to make it work in the film’s favour. Calling Lady Snowblood a solidly professional film disrespects its autuer moments and its visceral action. Framing the violence in a highly structured way, Fujita manages to express the action cleanly while creating a work that looks great shot to shot and flows magnificently 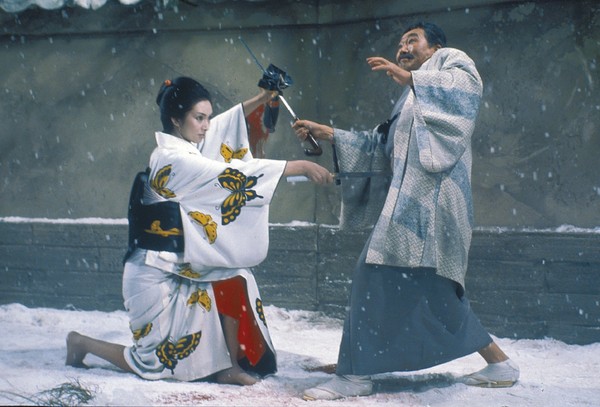 Lady Snowblood II starts off with Yuki on the run. Police stalk her every move; each time they attack she repels them but it’s taking a toll. Eventually, she refuses to fight any more and succumbs to the police for arrest. Obviously she is found guilty of murdering heaps of people and is sentenced to death. She is freed on her way to the gallows by Kikui Seishiro (Shin Kishida) who heads the secret police. He gives her an ultimatum; hunt down and murder known anarchist Ransui Tokunaga (Juzo Itami) for her freedom or be executed. Yuki begrudgingly takes on this task. As she shadows her target, Yuki discovers that they both share a history of betrayal. Yuki is left in a predicament where her inborn thirst to enact vengeance conflicts with her chance at freedom.

Before I watched the sequel I assumed there was no way that a story not tied to Lady Snowblood’s origin could work. You need not fear; the second Lady Snowblood film stands on its own two feet, introducing us to new moral quandaries being resolved in the classic Snowblood fashion. The new cast acts as ensemble, as we already know where Yuki is coming from. Their own origins are equally as compelling as those put forward in the first film, extending on the bitter universe established previously. The two films paired together make for a viewing experience that is, in my mind, unbeatable. 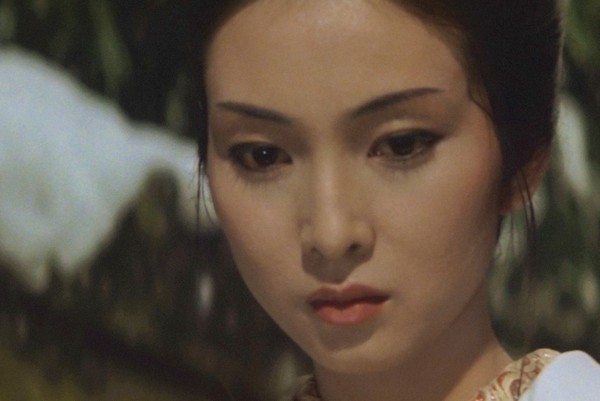 It would be impossible to talk about the visuals and not start with the blood. Continuing from the stylised plot, the blood is made hyper real.It’s almost fluorescent. The way it fans out from gashes, splutters from stabs and bathes anything that gets nicked by a sword is glorious. Lady Snowblood makes no apologies for the glorification of violence. Much like Death Hunt, stoic, retaliatory aggression is used as a way to express standing up for your rights. Well cut editing and shot composition lift this film from ‘must watch’ to ‘canonical.’ Many have faked similar styles but this is an authentic expression that blends grit and cool.

Across both films, the importance of location is paramount. Not just for the aesthetics, each location is large enough for aggressive movement to be documented as well as making solitary, still figures seem like they’re of utmost importance. Great dedication has been put into every facet of this film and it really pays off in the visuals. Lady Snowblood’s kimonos’ were famous at the time for being so striking, yet difficult to move in. The fact that there are action sequences shot in them at all is impressive, that Meiko manages to move so well in them is even more so. 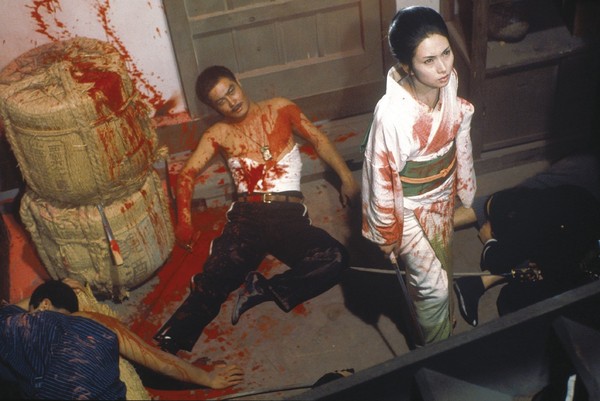 Clever choices continue into the soundtrack with Lady Snowblood. There are a few songs you may recognise as being pilfered by other directors because they’re so expressive. Interestingly Meiko Kaji not only stars as the feature role but she sings the theme songs as well. The result is a compassionate sounding theme that’s consistent with the intent of the protagonist. I’m sure the impact would be accentuated for Japanese speakers. There’s also some quirky foley work used to heighten the action. Everything comes with a thwack or a boing, which may seem cartoonish to some but I relished it. Really, the sound is the icing on the cake. It’s sad that often the sign of a good soundtrack is an unnoticed one because this soundtack is gorgeous. 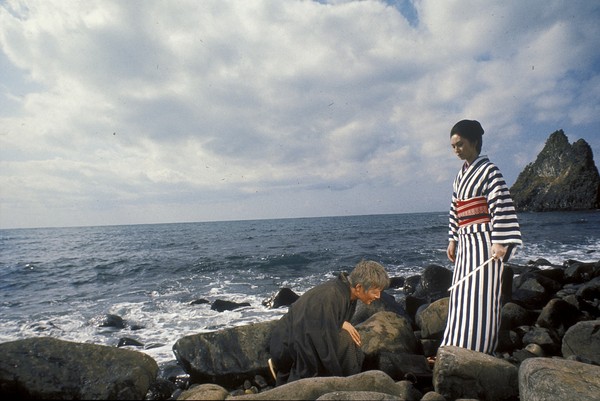 Lady Snowblood I & II comes with 2 extras: an interview with the writer, Norio Osada, and the actor who played Lady Snowblood, Meiko Kaji. They’re both absolutely fascinating. Meiko Kaji focuses on her perspective on what happened during production. She’s particularly bashful about her performance, which is rather endearing. It certainly doesn’t feel like she’s clambering for attention, rather she genuinely reflects on those films and wishes she could have contributed more. I think it’s beautiful that after all these years she’s still dedicated in making that film as good as it possibly could be. She regales stories from the set and describes Toshiya Fujita in an extremely respectful fashion. It’s clear that Lady Snowblood meant a lot to everyone involved and it paid off.

Norio Osada’s interview digs deeper into the themes and how they were constructed. Pieces of trivia pepper the conversation. It’s interesting to note that the only reason Yuki is a woman is that the original artists’ strengths were in drawing the female form. Many of the other choices weren’t driven by such lucky happenstance. Many layers were considered when forming the kind of story Osada wanted to see. Norio Osada wrote both the original story and the adaptation, another reason why this film stands out as being particularly well articulated film. He also reminisces about production for a while. His attitude is a little dryer but you can still see that he cared. 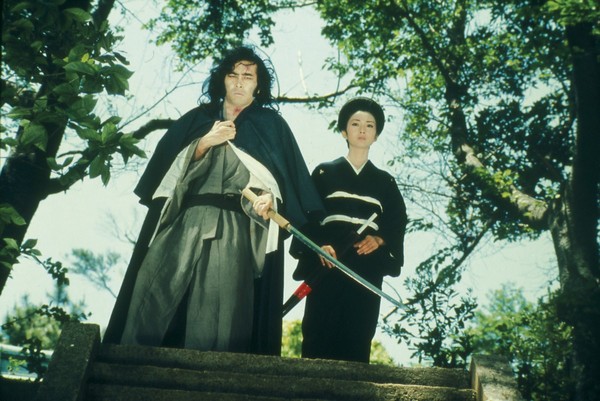 Lady Snowblood is a classic. It basically set the scene for female revenge films to emerge that weren’t base level femsploitation flicks. The impact this film has had on contemporary cinema is astounding, even if it took a few decades to make it to the West. Struggle as I may, I can’t find something to point out to show where this film falls short. There’s a grand reverence for the art of cinema clearly on display in every aspect of this movie. If you aren’t enamoured by pretty things, then the story packs a solid punch. Of all the films I’ve seen, there are few that I’d call watertight. Lady Snowblood is one of those films that is. All I can say is this: if you haven’t seen this film yet, go and get it now.