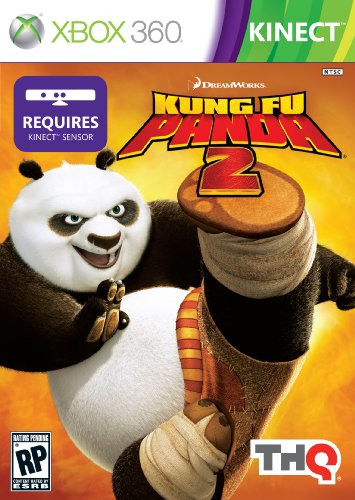 Overview:
Who hasn’t left the movie theater after seeing a kung-fu movie and thought to themselves ‘I could totally do all of those moves in the movie now.’ We all have, mostly while we were younger and thought we could do anything. Now Kung Fu Panda 2 has been released not only in theaters but also on home consoles and what better way to play it than with the Xbox 360’s Kinect. Now your kids and yourself can pretend to fight against enemies as our favorite character Po. Does the Kinect hold up to the task and does the universe of the franchise stand up well? Read on to find out.

Story:
Before you step into playing Kung Fu Panda 2 you should know that the game’s story does not follow the movie in the slightest. Instead Po’s village has come under attack by an evil group of animals. Of course these crocodiles and other lizards aren’t there for fun and games, instead they are there to terrorize the populace and Po isn’t going to let that happen. Po sets forth with the Furious Five to defeat these intruders as well as find the reason for the onslaught.

Now Kung Fu Panda 2’s videogame storyline is as enjoyable as the movie itself and is quite humeros at times whenever there is a cutscene. The charms of the movie translate themselves well to the game’s format. Unfortunately the story itself really is nothing outside of ordinary and it is also very short which means you will find yourself finishing the basic storyline in around five hours tops. The game never steps outside of the Kung Fu Panda universe however which means it could easily be seen as canon. 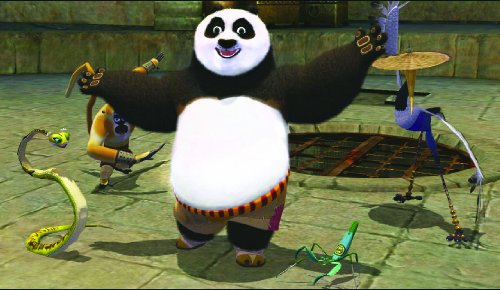 Graphics:
One thing that Kung Fu Panda 2 does well in its video game format is its presentation. The colors in the game are very vibrant and all of the characters are well represented. The game does suffer some resolution problems during combat and the characters lip synching sometimes looks like a badly dubbed Chinese movie.

During combat itself Po will usually represent himself well with your movements, including blocking and performing the strikes that you performed. Your children will certainly enjoy the character design’s and the obvious DreamWorks aesthetic, while adults will most likely notice the unfortunate drop in quality at times but still find it a good representation of Kung Fu Panda as a whole.

Audio:
Unfortunately Kung Fu Panda 2 the videogame does not retain the same quality voice actors that were available in the movie. This doesn’t mean the voices sound too much different however as the voice actors they hired to replace the star talent is still decent enough. The Jack Black sound-alike is very similar to the original and at times you may even believe he is actually Jack Black.

The other characters can be hit or miss, with some of the Furious Five members having rather terrible replacements that sound barely anything like the original and will leave children wondering what happened to their favorite characters. The audio quality is still pretty high as the background music is nice to listen to and is appropriate while combat sounds are rather generic. The title also suffers from repetitive one-lining that becomes grating after hearing the same phrase for the twentieth time. 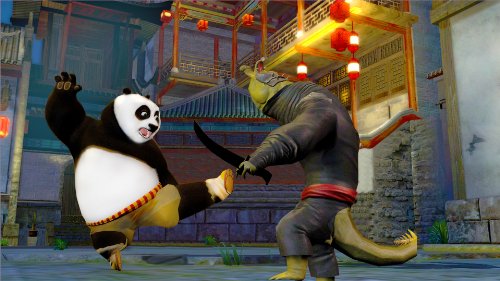 Thankfully during campaign mode you will be taught by Po the different motions you will have to perform in an easy to understand tutorial. This run down of techniques makes it easy to understand for children, though the Kinect itself fails to pick up some movements properly which is already a bad sign of things to come, as the precision required for the title sometimes falls short of what the Kinect sensor is currently capable of.

Most fights will consist of the player attacking an enemy and then defending when it is the enemy’s turn. This means that the combat is strictly turn based. Defending enemy attacks is rather easy to do though there were a number of instances that the Kinect simply failed to register the proper motion and I received damage instead of blocking an incoming attack. While you are attacking you can perform different punches, kicks and even jumps to deal damage to your enemy during your attacking round.

Once you lower an enemy’s health enough you can also finish them off with a special move, which are shown by three different pictures in a corner. When you put your arms in the correct position you will perform that specific finishing move on that enemy. Each enemy has a limited amount of health, but so does Po so you must be careful to defend just as much as you attack.

As I mentioned before the Kinect has a difficult time sensing blocking motions however, and some of the later enemies in the game are simply unbeatable without blocking most of their attacks. The problem here is that the Kinect fails to sense the proper block motion and you will lose health, and sometimes even die which will require you to perform the same battles over again simply due to a failure in the hardware itself.

When the hardware actually does work correctly though the game is very fun. Both adults and children will have a blast stringing together plenty of attacks and finishing moves to defeat any of Po’s enemies. Players can even yell the name of a Furious Five member to have them join the fight and perform a combo attack with Po.

Outside of the game’s rather short storyline there are a number of mini-games in the form of free play challenge mode. This mode provides access to many different challenges which will give you a score based on how well you do and even give you a medal if you do well. The mini-games themselves include your standard practice sessions and combat arena, but they also include rickshaw races and noodle serving. 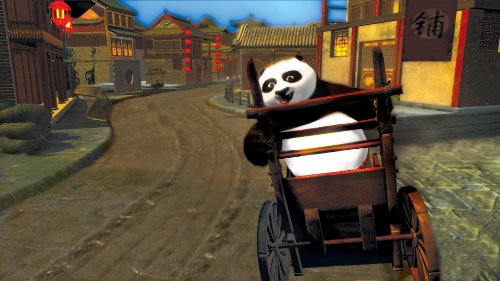 Out of the different mini-games the best of which is the noodle serving game. The noodle serving game requires players to create the proper noodle combination that the customer ordered, cook it and then toss it onto their table. With every failure you receive you will lost points and also time. The worst of the mini-games is the rickshaw event which requires the player to steer their rickshaw by moving left and right to avoid obstacles and block objects thrown by other racers. The Kinect often fails to recognize the movements of the player and can cause many failures, again due to the hardware.

Overall:
Kung Fu Panda 2 is an example of a great idea placed on a system that may just not have been ready for it yet. The game itself may not be very complicated, but children should still love playing as Po, even though they will grow frustrated with the Kinect’s inability to properly track their movements. The true failure in Kung Fu Panda 2 was the Kinect itself, as a number of enjoyable elements felt strained after multiple failures simply due to the sensors failures at optimal conditions. Your children may still love Kung Fu Panda 2 for the characters and kung fu movements, but may grow tired of the poor Kinect tracking.

I give Kung Fu Panda 2 for the Kinect