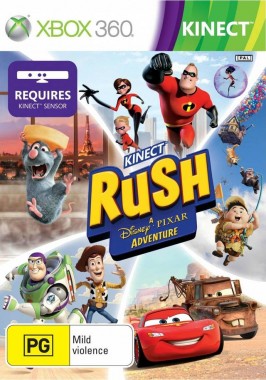 Pixar movies will always hold a special place in my heart, as they probably do with a lot of you. Watching a Pixar or Disney film has always allowed me to journey back to a time when things were simpler, chocolate and ice cream were all I really cared about, and I could achieve pure happiness simply by tuning in to one of those awesome movies. Kinect Rush lets you not only relive the wonder of these movies, but become a part of it and interact with your favourite animated characters.

Kinect Rush involves five different franchises: Toy Story, Up!, Cars, Ratatouille, and The Incredibles. Arguably some of the most successful and popular animated franchises, and for good reason. My personal favourite was Toy Story, I couldn’t wait to interact and explore the world of the toys. And I was right, Toy Story had some of my favourite levels and integrated all of the control options seamlessly while also giving you somewhat of a good work out.

But first thing’s first. You are allowed to create an avatar, which reflects your own features, including eyes and turned into a small kid. Because that’s the age that this game is sort of geared towards, but whatever, it’s still an awesome game for those of us who are legally able to drink in the US. You are given free reign at the Pixar Park, an awesome adventure park with a bunch of other super friendly kids who are all eager to play games with you. 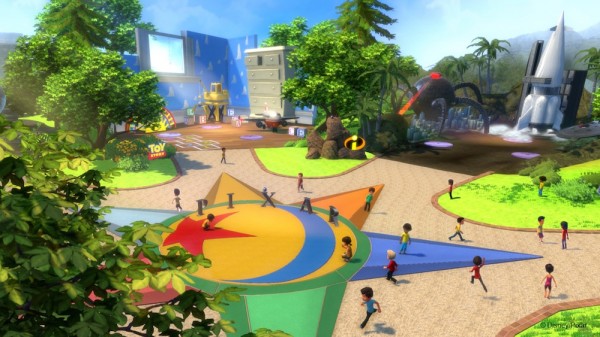 You make your way around the park by swinging your arms back and forth and turning your shoulders to turn. This sometimes isn’t as responsive as it could be, but it isn’t the worst. There isn’t much to else to do in the park apart from head to the different sections where you can play imagination games with kids and play chapters of each different franchise story. There are seven chapters for each franchise, which you unlock by earning points. Points can be earned according to the time it takes you to finish the chapter, as well as how many coins you collect during the chapter. 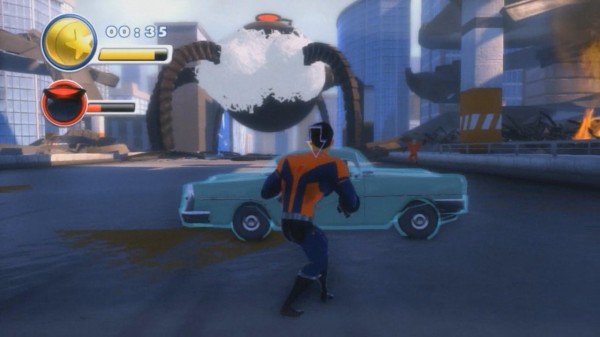 Excluding the Cars story, you’ll find that there is a pretty diverse mix of movements required, and a friendly reminder of how to conquer each challenge comes up if needed. It may require you to jump, balance, climb, glide, and a whole lot more. Again, the controls can lack a certain level of sensitivity. Sometimes jumping needs to be done a couple times, or done very dramatically, and climbing needs to be done as precisely and clearly as possible otherwise it won’t register. And when you’re trying to beat a clock, this can get annoying. Luckily, in most cases of platform jumping the game is a little forgiving and unless you’re way off course it will let you continue on. And in the case that you do fall or fail, you just appear at the same place immediately. 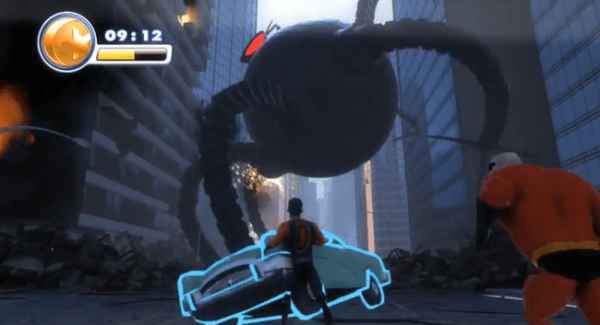 In terms of car driving though, it is surprisingly responsive, particularly in the Cars levels. The jumping in these is still tetchy, which is annoying if you’re trying to jump over an obstacle and get the timing right, but you don’t really have a health meter if you do get hit, just slow down a little. This forgiving nature of the game is clearly aimed at the younger crowd, but it also helps abate any frustration felt by the older crowd at the response rate.

There is also a guiding arrow to take you around the course, so if you ever run into trouble trying to figure out what to do next (which does happen sometimes, though not often because there usually is strong hints). This is also aimed towards the younger crowd, and is probably a good addition because patience isn’t something kids are famous for. It also helps keep the game fast, fun and removes that challenge that would honestly seem just out of place in this game. Plus, if you take too long trying to complete a challenge you are given the chance to skip it, with the only penalty being that your time clock has run unfortunately high. 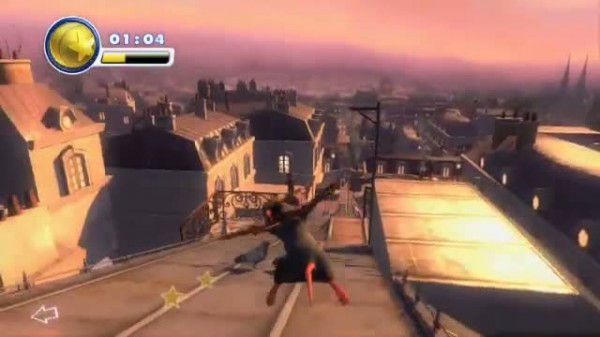 At the end of each chapter you are scored with bronze, silver or gold depending on your points. Surprisingly, getting a gold is actually an effort and takes some familiarity with the controls and quick reflexes on your part.

One thing that I found didn’t work at all well, was the voice recognition. It can be used for simple commands such as retrying a chapter, or going back to the park, but it only worked once for me. The other tries just resulted in yelling in the direction of the Kinect sensor to no avail. You can still use your hands to select options, which I recommend because of the utter fail in voice recognition. 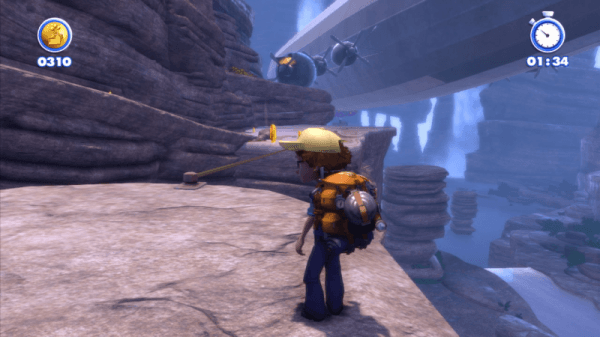 The game lovingly recreates some awesome characters and settings, as someone who has real love for the franchises; I can say that the game did quite well in this field. There are small graphical glitches every so often, but they can only be picked up by those who are really obsessive about the tiny details. And if you’ve got kids playing then you certainly don’t need to worry about it.

The voice cast is a mix of the original voice actors and stand ins (which are mostly fairly decent), and this extra touch gives it yet another lovely sense of the beloved franchises. And you better like the voices, because the character you play alongside will be basically talking non-stop next to you as you go through the chapter. The lack of range in the phrases they use can get annoying, but if you’re focusing on beating the clock then you can usually tune it out. The soundtrack itself is a lovely rendition of the classic franchise music, and will add to the lovely nostalgic flashbacks.

Kinect Rush: A Disney Pixar Adventure achieves what most franchise-based games do not, a fun and faithful recreation. It is aimed towards kids, and will be a great way to get them to exercise while playing games, but I have to say it is also fun for adults. While there are some issues due to the responsiveness of the Kinect sensor, it still remains a fun and great way to exert some energy with some beloved characters.