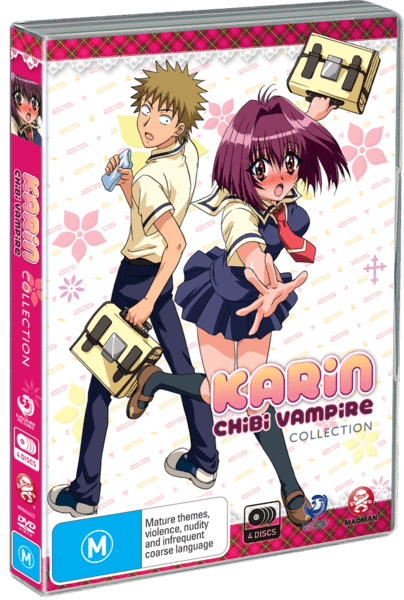 Overview:
Over the last half of the previous decade, Vampire’s were privy to a mammoth resurrection of the genre largely due to Vampire fiction such as the Twilight books. Now, most of this revival wasn’t necessarily good by any means. Nor was it void of some glimmers of greatness. A lot of the ressurection of the genre was told through romance storylines. Like Twilight, Karin: Chibi Vampire was a product of the this revival and romance mix. Does it excel where others failed? Or does it bleed the genre even further dry? 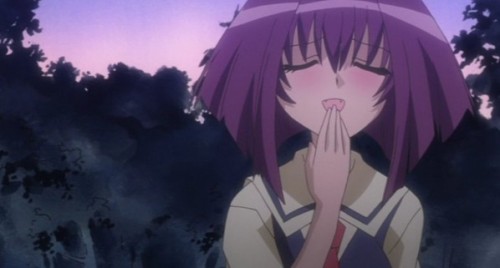 Story:
Karin: Chibi Vampire follows your usual late 00’s Vampire storyline. A Vampire becomes uncontrollably attracted to a human, romance ensues. From the get go, I was hesitant to continue watching as I am not particularly a fan of these types of storylines after the massive influx of vampire love related material being pumped into my subconscious for the past 5 years. I was right to be hesitant.

Karin: Chibi Vampire feels so very familiar and for good reason, it is essentially Vampire Romance stories mixed with Japanese humour and fan-service. That is essentially the entire show in a nut shell. Now if that is your cup of tea, go right on ahead and sip. If you are into that, it’s definitely worth the watch. If not, you are probably not going to be into this at all.

That is the defining problem with Karin: Chibi Vampire it only aims to please one set of people, nothing more, nothing less. This is where it fails. By isolating potential viewers, it cuts off a large audience that could’ve enjoyed it. The story of Karin is both simultaneously alienating for people not into Vampires and honestly difficult to watch even as a man looking for fan-service glee. There is little on offer for anyone who does not fit into the prescribed target audience and the fact that Karin can’t be truly enjoyed unless you fit into that audience is what really drains Karin of any momentum it built up. 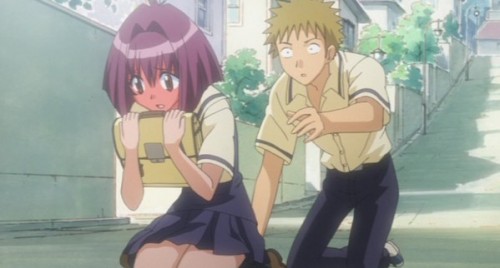 Characters:
Like the storyline, there is not much here that is unique. Karin has her semi-unique anti-vampirism going on, but other than that all the other characters are so flat and would only appeal to hardcore vampire love fanatics.

I found upon comparing the characters as they appear in the manga version of the series with their distorted version within the anime series was an interesting endeavour. I discovered so much more depth to each character that was completely omitted from the anime altogether. Now I understand adapting a long running manga into a small amount of episodes may be an impossible task. However developing characters and making the viewer care about them is indeed very possible. 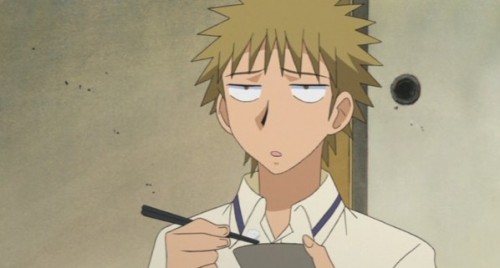 Artwork:
Continuing the trend of unoriginality, the art style and animation of Karin: Chibi Vampire is equally uninspired. With character designs straight out of an Anime How To book and animation quality so poor, there is very little to be seen here that will surprise you. Whether it be the bland palate of colours that make comprise each character or the sloppily made backgrounds, it is all so mediocre and droll that it’s hard to find anything work praising.

I suppose the fan-service is of slightly above average quality but if you come to watch this show for anything other than that, you are going to be sorely disappointed. The art and animation is overall very uninspired and like this anime in general would rather wallow in mediocrity than try something new.

When compared along-side the manga series upon which this anime is adapted, it’s evident that such a poor job was done in translating the unique style of the manga to animation. So many corners were cut, so many character designs were off and it just looked messy and unattractive as a whole. There was a lot left to be desired from this series when it came to art and animation. 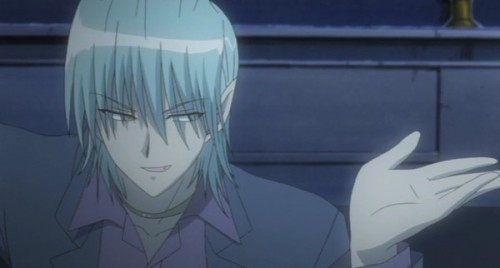 Audio:
I had hopes that atleast the voice-acting would be good. My hopes were dashed withint the first 10 minutes of the series after hearing some of the most stilted and flat voice acting I have heard in literally years. The voice actors clearly know the material is poor and can not take it seriously. Each voice actor seems uninterested with the script and put little effort into the character their portraying.

The soundtrack is equally poor. With completely forgettable tracks, which at times are incredibly grating. I found myself at various times wishing for an ability to turn off the background music because it was that irritating. Overall the audio department did a very weak job here.

Special Features:
Adding further disappointment to the already large helping on let-downs, this series collection features little to no special features. We are given simply textless openings and endings along side Madman’s ever present trailers. Now, this would be okay normally. But with so many Madman releases as of late featuring a large amount of extras and goodies, I could not ignore the stark comparison with what seemed like their standard amount of special features for a complete series collection. I suppose I had just come to expect much more from Madman releases. 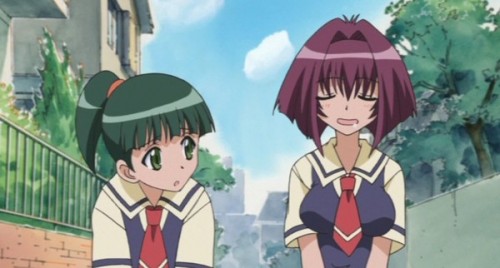 Conclusion:
All in all, Karin: Chibi Vampire is perhaps one of the most disappointing release Madman has done in a long time. Not only is the series bad, but there is little bang for your buck when it comes to buying a complete collection. This series is only for the completely hardcore Vampire love fanatics. I really can not see this appealing to anyone else besides that specific group and ultimately Karin: Chibi Vampire fails as both an anime and as a compelling work of fiction.