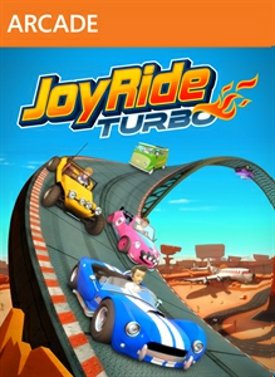 Overview:
Kinect Joy Ride was released some time ago, reviewed HERE, as an exclusive racing title that was designed as fun for the the family, but unfortunately it didn’t go over so well, mostly in terms of controls.  Well, Joy Ride Turbo is more or less the controller version of the game.  Featuring Avatar drivers in a plethora of cars modeled close to some fairly recognizable cars, does this controller enabled racing game meet up to the standards of similar ventures, or at least a better game experience than the Kinect version? 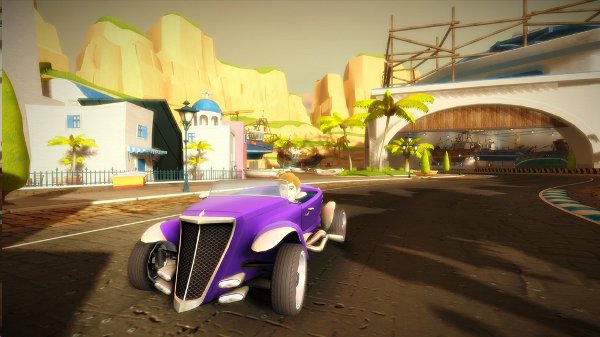 Story:
There isn’t really a story involved in the game, but there isn’t a need for one in a family oriented racing game.  There is at least some progression though, as the Championship Series’ must be unlocked in order, by first completing the car class specific races then each Grand Prix themselves to achieve the next.  This is not as easy as some might assume though, it definitely is not a pushover.  The quick races are also limited until they are completed in these Championship Series’, which is also standard fare. 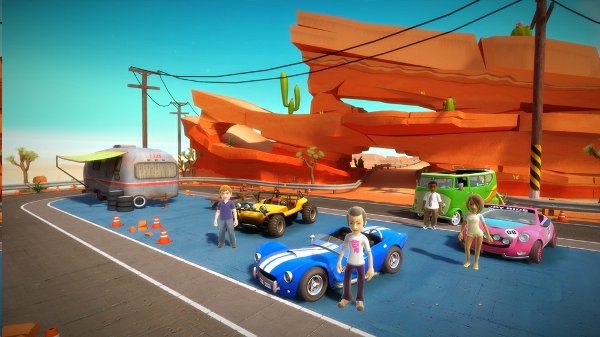 Audio and Visuals:
The audio is considerably limited to the music and sound effects, as such a simple game doesn’t have any voice work.  The music is solid though, more on the rock side but that’s generally how racing soundtracks tend to go when geared for the entire family.  It all has a nice popping rhythm, that spectators can tap their feet throughout menus or if getting into the actual races.  Sound effects are highly cartoonish, as they should be, and all the cars certainly sound like good racing machines.

In terms of graphics, the game is stylized to better fit the art style of the Xbox LIVE Avatars.  There are plenty of bright colors and varied locations to provide an art rich environment, though the two major themes of locales seems to be desert and Asian architecture.  The vehicles are all very good looking as well, providing a well-rounded balance of different types of cars and trucks. 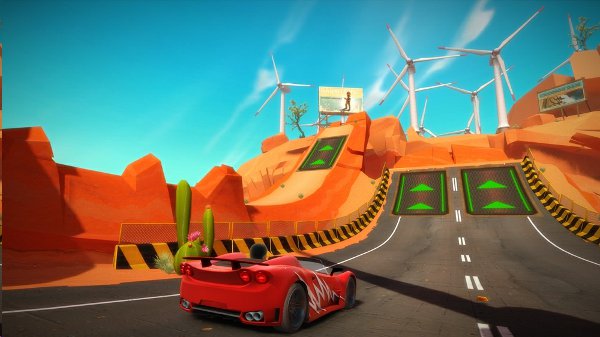 Most vehicles feature multiple variants, and all feature multiple colors, though all these must be bought separately.  Most interesting is the fun that seems to be had with some of these options, as one car’s variant is designed to look like a bunny with ears, teeth, and tail; while every vehicle and variant includes a solid gold color option, which are both silly and fun to see available.  It definitely does fit as being for the whole family though, as there really isn’t anything displayed that would be considered inappropriate besides firing missiles at other cars, but whatever.

Gameplay:
Joy Ride Turbo has fair solid gameplay, and while the power-ups are more or less balanced, in close races a single power-up does have the ability to decide a race.  So, being in the lead may come down to hanging onto a Force Field.  Gameplay is very close to other racing games in the same style, the power-ups are very close, but taking a different motif of missiles and mines.  It does have turbo for all the vehicles however that does change up gameplay a little bit.  Turbo is gained through stunts done in the air and/or power-ups and can give a necessary boost without needing to be a power-up on its own, it also provides an new dynamic in that vehicles have varying amounts of turbo that can be stored.  This way bigger, slower vehicles have at least some chance against sports and muscle cars, though not much. 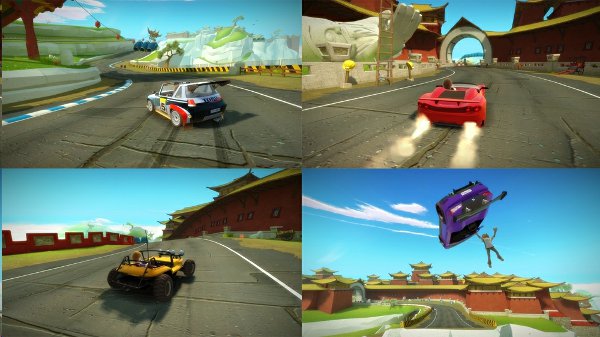 As mentioned before, this game may be built for the family, but it is not a stroll through the park when it comes to difficulty.  Earlier events can be easier, but later ones require some skill, which is exactly how it should be, so that it is able to provide a varying degree of difficulty for all ages.  Though what makes the races most difficult is that there is no cop out option to restart a race, either during or after, if a race is really botched the three race series has to be restarted from scratch.  This is both a good and a bad thing, good in that players can’t just get a free pass to try until they win and bad in that in some ways that is the expected norm.

To be able to have an easier time racing in harder difficulties, getting a new vehicle is almost necessary.  The game does add a bit of depth in terms of earning these new rides by requiring the player to find three parts for each one.  Parts are distributed throughout the different races, as well as a numerous amount in the 2 Stunt Parks.  The ones in the races are actually easier to get, if the player uses Time Trial to get free range of the course, while the Stunt Parks require skill or a better vehicle to reach all of them.  In all, it makes for a pretty interesting mechanic to earn the better rides. 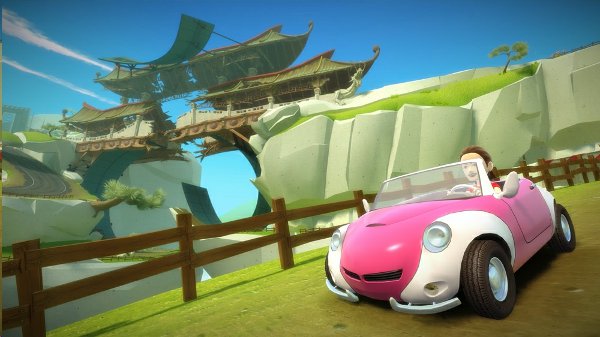 Overall:
In all, the game is fairly decent fun, the controller makes it much easier to play than the Kinect version.  There is also a bit of things to do in the game, but for the most part it seems designed as a party game to enjoy with a crowd.  There is Xbox LIVE multiplayer as well, but who knows how many can actually be easily found playing it, so local may tend to be the most used.  At the equivalent of $10 though, it seems to be a good choice if looking for a party-style arcade racer on the Xbox, so I’m giving Joy Ride Turbo