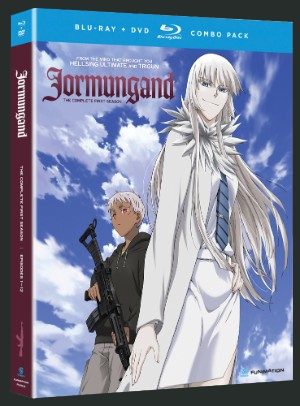 Overview
With so many anime about everyday life in high schools or being on incredible adventures in different worlds, it is nice to see an interesting change of pace with an anime focused on a barely touched aspect of real life. Jormungand provides just that with the story of an arms dealer and her nine bodyguards, set in as modern a time as any other anime. Certainly an interesting premise, but can the lives of these ten individuals as they go from job to job hold an audiences interest in their work and dealings with rival arms dealers and assassination attempts? Let’s take a look at what the first season has to provide. 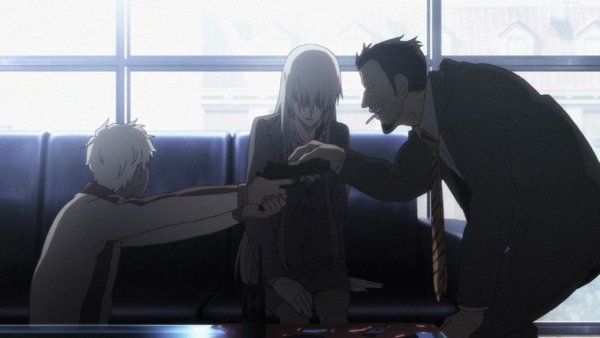 Story
Koko Hekmatyar is an arms dealer who was raised for most of her life on a cargo ship by her father, who was also an arms dealer. It however is not the fact that she is a female arms dealer that makes her stand out for an entire anime about her, but the fact that she seeks to bring world peace through arms dealing. To that end, Koko has surrounded herself with the best bodyguards that she can find with former Delta force, Italian Army, Police Sniper, Finnish Rapid Deployment Force, US Army, and several others, but her newest bodyguard takes the cake as a boy soldier.

The nice thing about Jormungand is that it doesn’t focus entirely on just Koko, as the leader she is obviously important, but throughout the series the backstories of some of the different bodyguards are explored. The different characters receive varying amounts of introspection through the first season however, with some characters only expositing their stories to the boy soldier Jonah and others getting almost entire episodes to their past. This isn’t bad either as with 10 major characters there is a lot to learn about any of them and with only 12 episodes, several split between 2 episode arcs, there is not enough time to explore all of them equally, though it does leave plenty of room for the second season to continue this exploration. 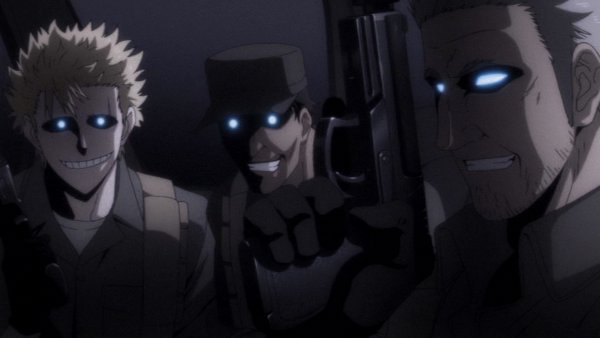 Besides just the characters, Jormungand has a fair bit to say about war in the present day as well, though limited to the regions Koko deals arms to, parts of Europe and Africa. The series does a good job of avoiding real names for the war torn countries Koko visits, instead using terms like Country A and Country B to indicate where they are, which is a good tactic that functions well with the series as the same situations come up again and again, so what someone might think of as A and B to represent may be different in 5 or 10 years. Being of course an arms dealer to these kinds of countries, Koko is not meant to look like she’s entirely good, but really just utilizing them as a means to an end for both making money and getting her world peace.

While the series is for the most part mainly one or two episode arcs, this first season does actual have a somewhat connected storyline including a big bad. This is actually quite surprising as more often then not Koko and her guards end up killing anyone that threatens them in that episode, so to see it slowly build over the course of a few of these small arcs is very well done. But, just when the audience thinks everything is nice and neat there is of course a season two. 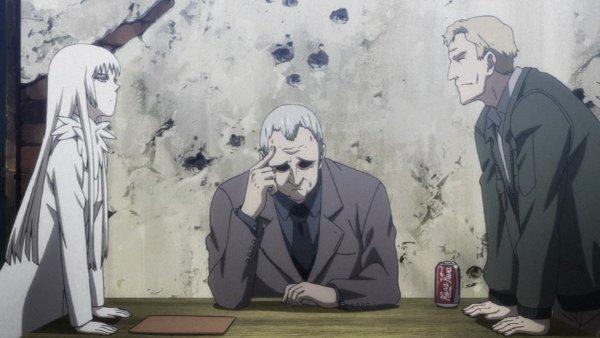 Visuals
The characters, guns, and locations of Jormungand are all very great looking and even more so for the characters as they actually go about changing their clothes from location to location, so they aren’t all constantly wearing the same outfit every single episode. From mountain tops, to deserts, the attention to realistic detail is certainly impressive and adds to the already genuine feel from the modern setting. The guns and equipment that Koko’s crew uses and sells are also incredibly realistic, all things that can be immediately looked up and see that they look exactly like they do in real life, making for one of the most true to real life anime in terms of looks. 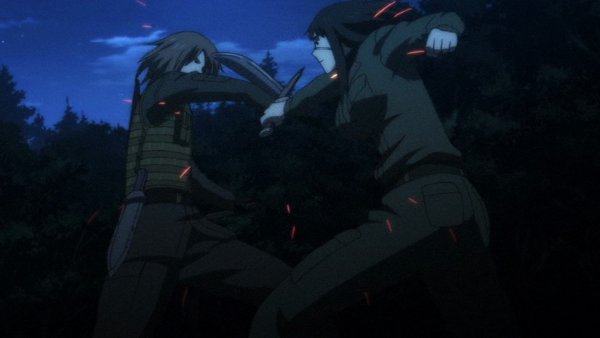 The music featured in Jormungand certainly fits as well, not only with the use of rock music to work along with the action of the fight scenes, but other types of music to fit the different locations that Koko and her guards travel to around the world. The opening theme “Borderland” by Mami Kawada, does well to matching Koko with its energy and the themes of standing between two worlds, with war zones and civilian life, and never wanting to lose. The ending theme “Ambivalentidea” by yanaginagi, matches much more to Jonah as it is more sorrowful and matches his theme of hating guns, but working with Koko and needing them to protect her and kill those he needs to. Interestingly, Episode 4 has a different ending theme, “Shiroku Yawaraka na Hana” by yanaginagi, that is more of a farewell love song to the antagonists of the arc.

Extras
As a FUNimation release, Jormungand has the standard set of special features with audio commentary with a few members of the cast that gives a little insight into the experience, the trailers for both other shows and the U.S. trailers for Jormungand, and the clean version of the opening theme and both ending themes. There is one unique extra though, that details the casting of each of the more important characters of the series, since the production of the English dub was faster paced than usual. 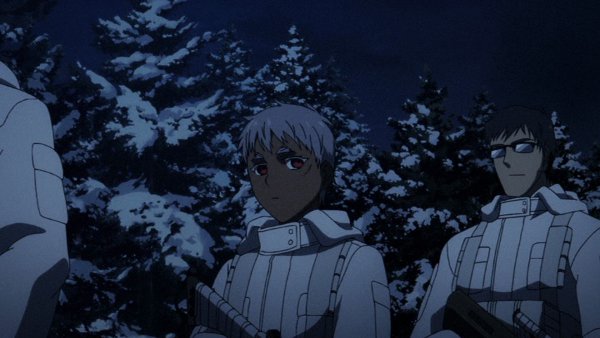 Overall
There are a lot of things that Jormungand does very right, the characters are all interesting and the music and voice acting is equally well done. The only real problems it has is that 10 major characters is a lot to deal with, especially in 12 episodes, which leaves a lot unexplored in many of Koko’s bodyguards. This being a first season however, that leaves plenty of room to continue with those characters in the next season, but looking at the first season alone it has a lot of potential for all the characters, but chooses to focus on a few. Regardless, Jormungand Season 1 is still a good series that has both interesting characters and great action.