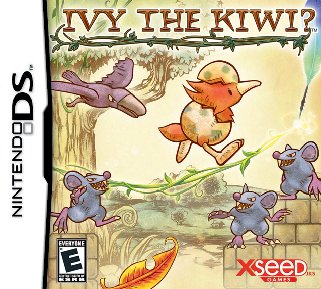 Ivy The Kiwi? is a Platforming title developed by Yuji Naka, co-creator of Sonic The Hedgehog. 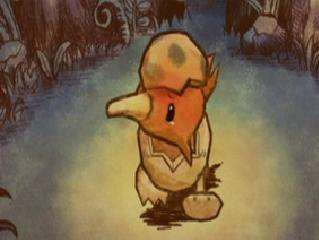 Story
Ivy The Kiwi? is a very unique title with a pleasant and simple story. Ivy’s story starts from birth as she is a young Kiwi who just hatched out of her egg and cannot find her mother. Ivy immediately sets off on a journey to reunite with her mother and the player’s job is to ensure she is protected from the many dangers ahead.

The story is told much like a child’s book, through pictures and text. I did not feel like this game needed cutscenes or any animated sequences to get any points across as the story is so simple there really wasn’t a need and the storybook narrative fits Ivy’s tale perfectly all the way through. 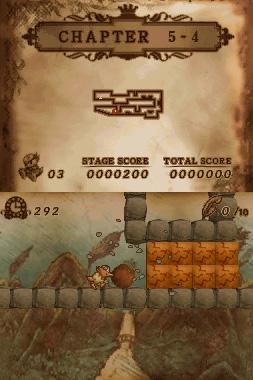 Gameplay
Ivy may be the main character of the game with a title role, but you do not control Ivy at all which is one thing that makes this title unique. The objective of each level is to collect 10 feathers and make it to the end of the stage. There are 5 stages per chapter and over 50 stages in all so Ivy kept me busy all the way through and I was really surprised on how much content was in the game overall.

Playing the game is very reminiscent of Kirby’s Canvas Curse for the Nintendo DS. As I mentioned, instead of taking control of Ivy, you actually control vines via the DS touchscreen which you can instantly draw out to make a platform for Ivy to run up or to simply block her out of dangerous areas. Ivy is constantly on the go so it is the players job to stretch vines and create a safe path for Ivy to run so she can make it to the end of each stage before the timer runs out. Along the way there were many obstacles in the game such as spikes, rats, and birds being the most prominent. If you even let Ivy touch just one of these you will hear your poor Kiwi scream and have to restart the stage. The good news here is that it is quick to jump right back in the game no matter how many times you lose in a stage.

When I first heard about Ivy The Kiwi? and this method of gameplay, my main concern was how accurate the controls would be. I was very relieved though as everything runs so smoothly and the touch screen was instantly responsive and fun to use. Vines are easy to place and you can easily swing a vine to make Ivy hop over platforms or enemies and obstacles blocking the way. As you move Ivy throughout the game, the game gets more challenging. Ivy doesn’t really have any attacks to fight off enemies, so you must use pure strategy on every map to avoid all of the danger in the game. One misplaced vine can send Ivy into a pit of spikes or into an upcoming rat or bird. Rats can even climb up your vines and chase Ivy so precise timing will be needed to succeed. Vines can also be used to make a bit of a ceiling to block out the rain and any dangers from above.

There are many different additions that will help you through these more challenging levels. Pulling back on an already placed vine will shoot Ivy like a torpedo and smash through cracked walls and rocks and also take out enemies in the way if performed correctly. Players will also receive a boulder that will help get through other areas otherwise unreachable. Overall, this odd formula worked perfectly and really provided a challenge later on in the game that was surprisingly fast-paced and rewarding. After the main story is complete, a whole new journey opens up adding a huge amount of replay value as well so countless hours can be invested to complete all of the tasks within the game. 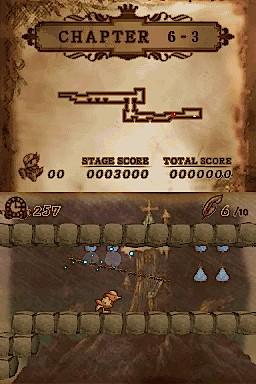 Graphics/Audio
Ivy The Kiwi is told like a storybook, and it also looks like one as well. The pastel environments add a lot of charm and truly give the game the feel of innocence. I really feel like this is where the game shines the most as there really is nothing like the art style that has been recently released. As you move through the game each level blends into the next due to the art style though and made some levels seem more of the same so I would have loved to seen some more unique level designs considering all of the stages. I think my closest comparison to Ivy The Kiwi? graphics-wise would be Yoshi’s Island for the Super Nintendo but Ivy sets a bar when it comes to visual presentation that really must be experienced to truly enjoy.

The soundtrack is also top-notch and fits the setting of all the detailed environments and maintains the storybook feel for the game. At times the game will be playing a pleasant tune for some levels and darker stages will have an eerie yet mystical melody makes each stage come alive based on the point you are in the game. The sound effects also were fitting and gave Ivy’s character more of a sense of youth that meshed well with the story. 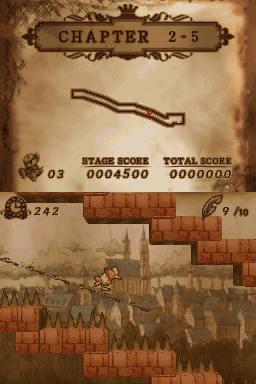 Overall
Ivy The Kiwi was a pleasant surprise all around for me. The presentation was unique and tied in perfectly with the plot and gameplay. Ivy may seem to appeal to a younger crowd with the innocent look and storybook presentation but do not let that fool you. Underneath all the charm is a challenging game that really keeps you on your toes and can give even a seasoned gaming veteran a fun and rewarding experience. Even after you finish the game there is a lot left to complete to keep you going back for more later. The enemies and areas stay the same for the most part throughout the game but other than that I really think this title could be one Nintendo’s best sleeper hits for 2010 and at a perfectly low price I definitely recommend Ivy The Kiwi? to any DS (or Wii) owners who want a simple yet satisfying game with a lot of charm and challenge.

I Give Ivy The Kiwi?