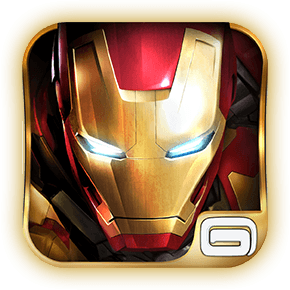 Overview
Rather than the usual, how shall I say this, “less than great” movie tie in games, Gameloft has decided to take a different approach and create a casual gaming experience.

Story
The story in Iron Man 3 – The Official Game is minimum at best. You take control of Tony Stark, who is a genius, a billionaire, a playboy, a philanthropist, and the Iron Man. You fly and shoot bad guys. Stark is assisted along the way by Iron Man mainstays Pepper Potts and Jarvis, who provide brief dialogue before each run and additional stipulations for enhanced prizes. Occasionally Stark will encounter Marvel villains ranging from the Crimson Dynamo to Ezekiel Stane. 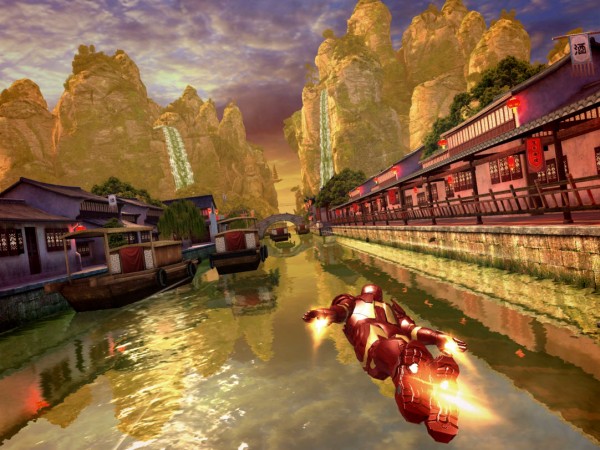 Audio and Visuals
The visuals of the game are great. The game features 3D graphics, though for a 644MB file size, that’s to be expected. The characters themselves are designed well. Each Iron Man suit is distinctive and unique, eliciting the same feelings sleekness and power as those in the films. The three endless environments, Malibu Shores, New York City and China, are presented beautifully.

The audio in the game follows along with the Iron Man films. Rock style guitar at the start of each level creates the same atmosphere as the Iron Man flight sequences. Even the menu screen audio feels dramatic and heroic. The game also features voice acting, though this is not the main focus of the game. The dialogue fills in gaps and provides brief insight into the minor story. Tony and Pepper have a bit of banter and Jarvis warns of technical problems, as in the films. The occasional bosses are also voiced, though they offer little more than a sentence or two of hatred towards Stark. 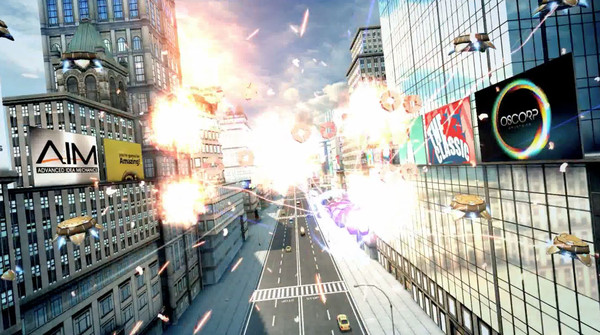 Gameplay
The game itself follow the style of Subway Surfer and Temple Run, providing an endless run play style. You do the usual, collect coins whilst dodging oncoming objects. In this case, the objects are trucks, planes, missiles, billboards and blimps. You control Iron Man by holding your finger and dragging him between the hazards. Tapping the sides of the screen provide a swift absolute dodge, though this can generally lead directly into another hazard. Also thrown into the fray are stationary or at least comparatively fast enemies to fight. Combat is achieved by slashing your finger across each individual enemy or, more easily, simply tapping them. Enemies vary in strength, from single hit swarm style enemies, to stronger robotic agents. All enemies are capable of firing back, though this generally isn’t a problem, except when facing the stronger enemy types. The game also features four boss characters, who are encountered when specific conditions are met. Defeating these bosses will net rewards and experience, adding challenge to the runs. 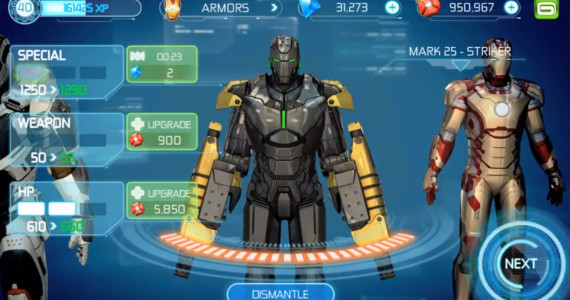 Each “Run” provides additional objectives to complete, in return granting more upgrade chips and revives. The missions also sometimes reference the franchise, such as occasionally having to fight one of Iron Man’s classic enemies, like the Crimson Dynamo. The upgrade chips collected through missions and runs are used to upgrade and purchase suits of armour. The game features 18 suits of Iron Man armour, ranging from the film trademark Mk III, to more obscure comic related armours, such as the Silver Centurion. Each suit can be upgraded, enhancing strength, weapons and special abilities. By default, each suit is also unique, featuring different strengths as well as providing various score multipliers. 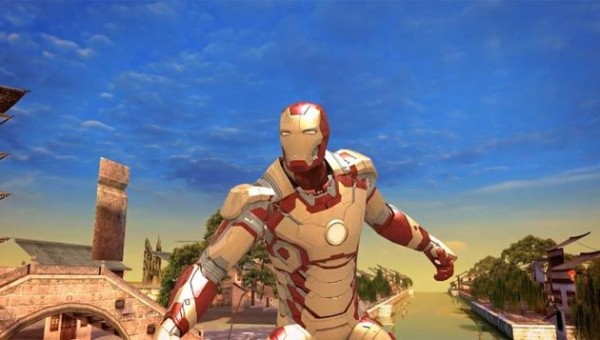 Overall
The game itself is fun. It’s an excellent casual gaming experience. Like all endless runners, the game is very addictive and absorbs more time than you originally intended. I think that producing this game, rather than attempting a console tie-in game, Gameloft made smart move, as this is way more enjoyable despite, or maybe because of, its simplicity. It’s fun, it’s free and it’s Iron Man. What more could you ask for?