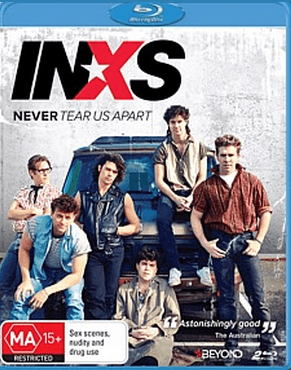 Overview
Listen Like Thieves, Suicide Blonde, Original Sin, Need You Tonight, Burn For You. These are all hit songs from the iconic Australian rock band INXS. We all know these songs quite well and have likely heard them countless times over throughout our lives. What we didn’t know was the story behind these songs, the drama that played out behind the scenes with Australia’s rowdy rockers INXS. That is of course until now.

With INXS: Never Tear Us Apart we get a look into the band’s rise to fame and the steep drop into a very dark place which culminated in the tragic death of lead singer and songwriter Michael Hutchence. This is about as raw a retelling as you could possibly get. Whether you’re an INXS fan or just intrigued by the drama that surrounded the band, INXS: Never Tear Us Apart proves to near let you look away with its captivating recount of the life and times of these legendary musicians. 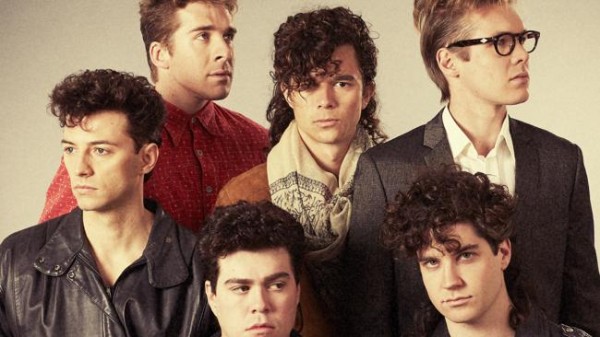 Story
As far as musicians go, INXS was through and through a band of aussie blokes fronted by an eccentric and in INXS: Never Tear Us Apart we come to see that at great length. While the focus is primarily on Michael Hutchence, the eccentric in that equation, the real heart of this series is Andrew Farris, a common man if there ever was one, but a great ear for music.

Farris and Hutchence serve as the two major pillars by which all the action revolves around. Having written the vast majority of their greatest hits, the duo wind up being at the centre of the greatest highs and deepest lows for the band. Farris was always the responsible one and really kept the band together through thick and thin, Hutchence however quickly evolved into the chemical that poisoned the well. As his fame grew, Hutchence became an addict of many kinds, be it drugs, alcohol or sex, he was on them all. Hutchence found himself constantly entangled in drama both behind the scenes and on our TV screens. He was all over the news for his countless scandals and the self-destruction of Michael Hutchence was only serving to spur on the implosion of INXS. 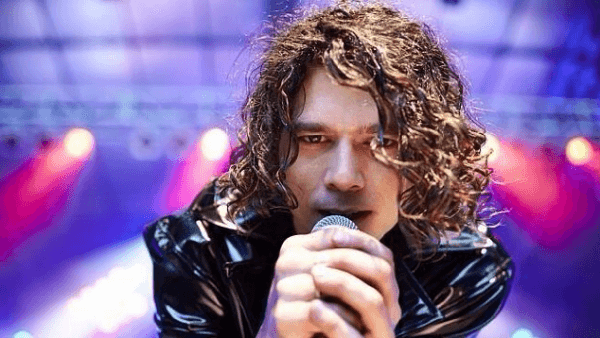 The exploration of these people and the music they made is the real hook here. The way that their dreams took them to places they always wished to be while simultaneously destroying all that they cared about is heartbreaking to say the very least. Appropriately, Hutchence isn’t treated as a hero in any sense, rather he is conveyed as a tragic figure corrupted by fame and the world that loved him. The most talked about scene is undoubtedly his final moments and it is gut-wrenching viewing in every way. The series rightfully depicts Hutchence’s death with a careful touch, never treading too deep into the controversial circumstances of his passing. Rather it explores the effect that this man’s life had on these people and the impact his death made on not only INXS, but also the world.

Ultimately, INXS: Never Tear Us Apart is a highly engaging journey through the career of INXS and the tragic fate that awaited frontman Michael Hutchence. Hutchence drama aside, it makes for a great look at the history of the band and the inner workings that went into making them the band we know today. 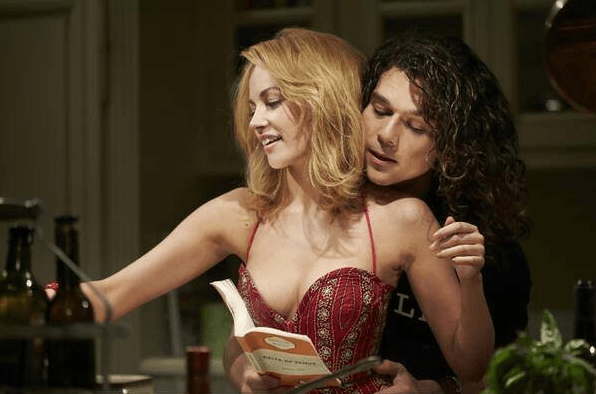 Visuals and Audio
In terms of visuals, INXS: Never Tear Us Apart manages to capture the aesthetic of its era to great effect, bringing the colourful 80s to life. An interesting decision from Shine Australia comes in the form of real life footage interspersed with the newly filmed footage with the actors. We get to see the real-life Hutchence performing and it only feels right that it would be so. All in all the aesthetics are solid enough and the cinematography does a good job at conveying the feeling of touring with a band all the while exploring the darkness that comes with that.

As for the soundtrack, what more needs to be said other than it features a bunch of awesome INXS songs? All of their greatest hits are represented here and some are explored in great detail. The music really feels like a character in and of itself at times. The music of INXS had such soul and that very soul is on show here honest and true.

Extras
In terms of special features, this release is somewhat lacking in any extra content. The quality of the mini-series itself however is superb to say the very least and at this price point it is more than worth the purchase regardless of its lack of special features. That in and of itself speaks leaps and bounds about the quality of the series and it proves to be a memorable Australia drama for it. 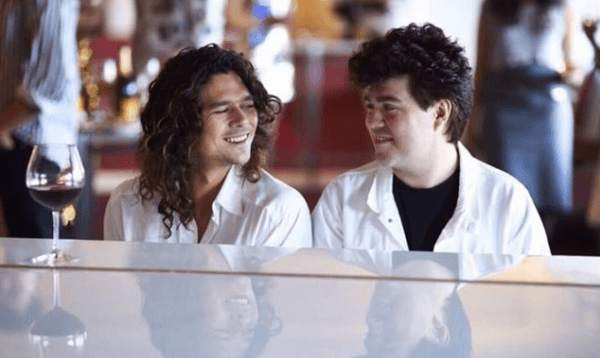 Overall
We all have wings, but some of us don’t know why. The same can be said for INXS, a band that despite all odds succeeded and became a global success with countless hits all around the world. They were a band that flew higher than just about any other band of their time, they all had wings, but some of them just didn’t know why. Such was the case for the tragic Michael Hutchence, a man troubled all his life, be it in love or music, he flew so high only to fall so hard. It is a tragic tale that plays out in gritty detail in INXS: Never Tear Us Apart.

This is the truest telling of the INXS story you’re bound to find. With the members of the band themselves advising on the project, what we have is an honest journey from garage band to international sensation. INXS: Never Tear Us Apart is one of the finest pieces of Australian television in quite some time. It is astonishing, remarkable television that chronicles one of our country’s most beloved musical acts. This is a must-see TV drama, a tale of a group of friends who could never be torn apart, no matter how hard they got kicked.