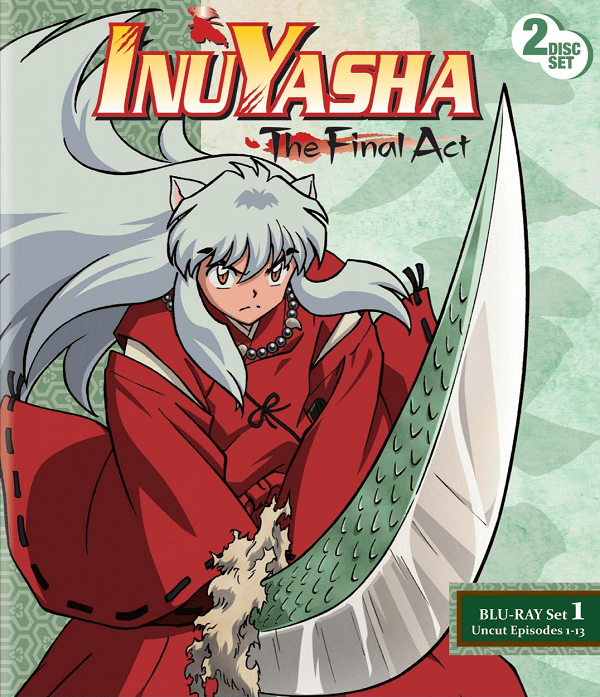 Overview:
Many anime fans have fond memories of the InuYasha franchise thanks to the fact that, for many fans, it is one of the first anime they may have seen. Over the series’ initial 167 episode run, many fans grew enamored with the anime’s story but unfortunately six years ago, the InuYasha anime left fans hanging. Now six years later, InuYasha fans can prepare to see the end of the story as Viz Media has released the first half of InuYasha: The Final Act, a continuation of the series created three years ago in Japan.  Does InuYasha: The Final Act Set 1 successfully point fans towards the end they’ve been waiting for?

Story:
Before we get into the story section, it is worth noting that there is no recap episode provided or even a summary of the most important events that occurred over the 167 episode run of the original series included with the discs. Therefore anyone who begins watching InuYasha: The Final Act may have forgotten a few things if they have not watched the series lately and anyone who has never watched the series before will unfortunately be left entirely in the dark.

However the story previously is as thus. A schoolgirl named Kagome manages to fall into a well that transports her back to feudal Japan. However in this Japan, demons roam the land and she soon encounters a half-demon by the name of InuYasha. When Kagome accidentally shatters the Shikon Jewel, Kagome and InuYasha reluctantly begin working together to gather these shards before they fall into the wrong hands, all while the sinister Naraku begins moving to annihilate not only InuYasha, but everything in his path in an attempt to gather all of the Shikon Jewel Shards. 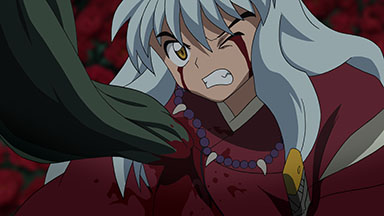 InuYasha: The Final Act Set 1 hits the ground running by picking up exactly where the original series left off many years ago. With nearly all of the Shikon Jewel shards collected and held by the seemingly indestructible Naraku, InuYasha and the gang hunt for a way to find his one weakness, his heart.  However as the machinations of those under Naraku’s power begin to come to fruition and other characters trying to become stronger, the series truly feels like its heading towards its final set of confrontations.

As anyone will remember, there are a few separate groups of people which the series switches focus to for plot development and The Final Act continues that tradition. This makes for some complex storytelling thanks to the large cast of characters but unlike the original series, The Final Act feels more concise and to the point than ever before. Rather than meander around with side-stories (though a few half-episode stories are presented) the story moves at a brisk pace and the many characters of InuYasha converge often and join forces to fight against Naraku and his creations. 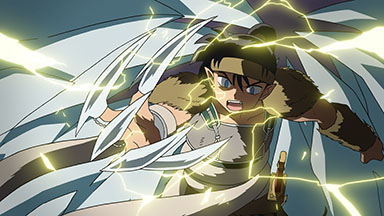 However despite the fact that The Final Act may seem like something that would only contain action and powering up various abilities (there is still plenty of that though) the series manages to give practically every character in the story some character development. Including the original series, many fans have spent 180 episodes with these characters by the time the credits roll on the last episode of this release and while there have been plenty of emotional sequences over that time, nowhere in my memory have emotions been laid bare as much as they are within InuYasha: The Final Act Set 1.

The franchise has run for quite some time and many of these characters have been so well developed over the years that it may seem difficult to develop them further, especially so close to the end, however through a number of emotional scenes and hard-fought battles, fans may see their favorite characters sacrifice everything to put a stop to this fight and finally put a stop to all of the damage Naraku has inflicted on the world and those they love. 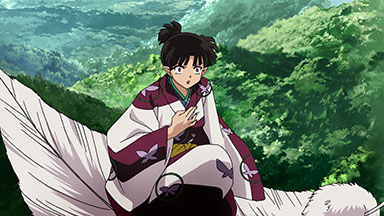 As emotional as this first half is, the thirteen episodes presented in Set 1 serve as a build-up for everything that will occur in the second half of the series, which will finally bring a long-delayed end to this franchise. While Set 1 may end rather unceremoniously and no cliffhanger, fans have been left hanging for six years now and with the series speeding towards its emotional finale, Set 2 of InuYasha: The Final Act cannot come soon enough.

Visuals:
If fans of the original InuYasha haven’t been keeping up with any of the promotional material released for the show over the last few months by Viz Media, then they may be left speechless when they see how far the anime has come now that new modern animation techniques and modern technology have increased the quality of what was originally produced over a decade ago. To put it simply, InuYasha: The Final Act is gorgeous. 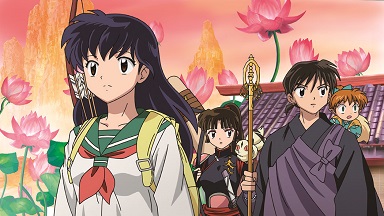 Sunrise has spared no expense with making sure that this series is given every detail that is necessary. The character designs are the same as they have always been but better than ever and the company seems to have paid extra attention to the various fight sequences to avoid any drop in quality. In fact the animation quality actually seems to improve during these fights as the characters use their strongest abilities at will in an effort to finally eliminate each other. It is also worth noting that thanks to the Blu-ray release of the show, InuYasha: The Final Act Set 1’s use of the entire color spectrum is beautiful to see.   Sunrise has made sure that the backgrounds and the environments in the series are highly detailed.

Audio:
Unfortunately over the six year hiatus on the series, Viz Media could not retain the voice actors for Kagome and Sesshomaru, Moneca Stori and David Kaye, although the company managed to keep the rest of the voice actors the same. Kira Tozer has stepped in to voice Kagome and while her voice work does sound a bit different from the original Kagome, viewers will quickly grow accustomed to her voice.

As for Sesshomaru, fans may not even notice a difference as his new voice actor, Michael Daingerfield, has managed to match the voicework provided by David almost word for word. As for the rest of the English dub cast, the team has provided an outstanding job with their characters over the last 167 episodes and their performance hasn’t dropped in the slightest over the years. Just a minor note, viewers can choose to listen to the original Japanese dub as well if they so decide. 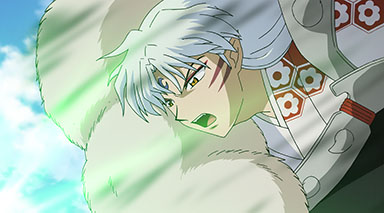 Many of the original background themes return throughout the series so fans are quickly reminded when specific scenes should be coming up thanks to the background tracks they have heard so many times before. However it is worth noting that, oddly enough, the main menu is completely silent of any music. As for the opening theme we have “Kimi ga Inai Mirai” by Do As Infinity, a band that provided one of the most favored ending songs for the original series and two ending themes. The first ending song is “With you” by AAA throughout the first half of this release and “Diamond” by Alan at the latter half of the disc. These two songs serve as fitting dramatic closing themes throughout the release.

Extras:
As far as bonus features go, Viz Media has provided a rather bare-bones offering with this release. The company has provided original Japanese trailers for the show, the original cast credits in English and two sets of art work on-disc. The artwork is broken down into two groups, Production Art and Storyboard Art, but unfortunately only a few pieces of artwork are provided in each category.  It is also worth noting that there are no textless versions of the gorgeous opening and ending songs which is quite a shame.

Overall:
Fans have been waiting many years for the continuation of Inuyasha and thankfully Inuyasha: The Final Act Set 1 does not disappoint. While viewers who are unfamiliar with the franchise will be utterly lost and even returning fans will need to refresh themselves first, the series picks up immediately where it left off and continues forward at a feverish pace that isn’t afraid to lay everything on the table. With the English voice cast returning, new members successfully matching old voice work, a stunning visual presentation and a story that is finally heading towards its end, fans will find themselves anxiously waiting for an end that has been so many years in the making.