Before we start, lets make one thing clear: the word is true, this is easily one of the best games available on Wiiware, right up there with World of Goo. Curve Studios should be really proud of themselves, for they’ve done a great job with Hydroventure. Nintendo has always had a huge passion for publishing original and innovative games that seem amazingly weird at first which can often throw people off, but once players experience the game itself, the gamer will always fall in love with them. Just look in recent years: a cell-shaded Zelda. Samus with dialogue and an in-depth story. Mario made out of Paper. Kirby made out of Yarn. Who the heck comes up with ideas like Warioware and Nintendogs? Yes, I just compared this title to a bunch of Nintendo’s A-listers, and while I wouldn’t say its on the same level, it comes really close in terms of its innovative magic. Hydroventure is a game that will constantly fascinate you by just how creative it is, and you’ll easily be lost in its beauty. 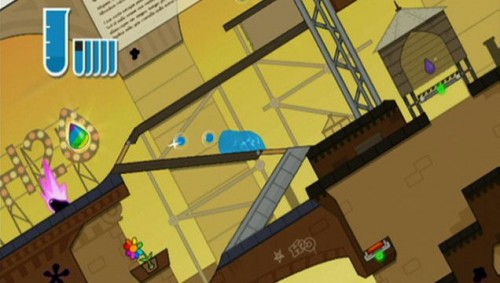 Water you looking at?

Hydroventure (or Fluidity as its called in the states) is a unique 2d puzzle/adventure game with a lot of metroidvanna elements. The game has the players as themselves holding a magical, talking book called the Aquaticus using the wii remote held on the side. The book has been infected with a dark evil substance known as the influence, and the only uninfected lifeform within the book is a simple puddle of water, and you must clean up the evil goo in a ‘Super Mario Sunshine’ kind of way. By tilting the book with the wii remote left and right, water will slide to the designated side of the book allowing movement of the puddle, and by shaking the wii remote, players can shake the book’s inner world and making the water jump. Yes that’s right folks, in this game the character you control is a puddle of water, and the imaginative puzzles will leave you dumbfounded every time making you solve puzzles with water and its various forms. 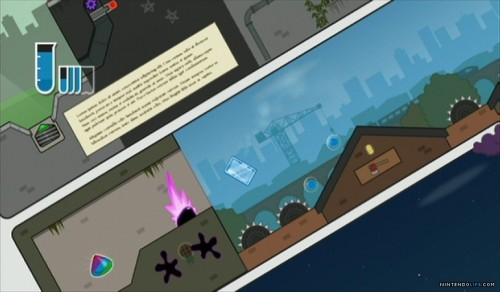 After entering ‘state-changers’ players can heat up their water to form a cloud, or freeze it to create a block of Ice.

Hydroventure’s imaginative theme has led to some amazing level design within the game. Players will be solving a variety of puzzles ranging from helping a fireman put out a fire, transporting water through water wheels, getting ducks into a bathtub, watering flowers, playing pinball, traveling through water pumps and windmills, playing basketball and escorting stranded goldfish to fishbowls. Fans of games like oldschool Metroid and Kid Icarus would more than likely appreciate these vast and creative worlds, with various areas being unreachable at first, and requiring you to return later with a new power up in order to achieve a certain task or to access a place. Power ups found range from the ‘gather’ technique that makes your water come together which makes platform jumping much easier, and skills like ‘Stick’ which makes the ice format stick to surfaces. 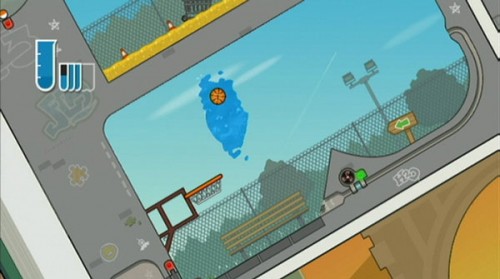 Shooting hoops in the ghetto is just one of the few random things thrown in which came Hydroventure fresh and intriguing.

One of the biggest highlights of the game is its physics. The water feels like real water, as if you’ve got a tray and your just tilting it back and forth through obstacles. Its slides and separates gracefully and falls with gentle elegance. Ice feels heavy as a frozen solid matter should as you slide it along, and the cloud formation feels light, misty and transparent. Having this feel right really contributes to the controls and makes everything feel great. 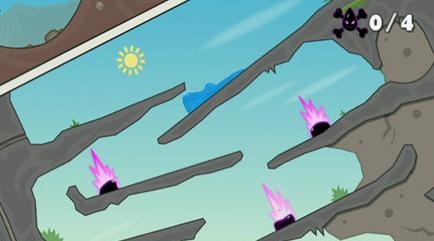 Cute character design and graphics, alot of the bad guys could even pass as Pokémon Awesome much?

Graphics are cute and adorable, full of bright colours and very appealing to the eye.  While it may appear to be aimed at a younger audience visually, the gameplay is definitely not as some puzzles can get frustratingly hard, but the developers were most likely aiming for this as the difficulty actually motivates you to think of new ways of tackling puzzles. The soundtrack mostly consists of very angelic and calm tracks, fitting well with the water theme. These don’t really stand out, and won’t have you humming along all the time, but they do the job. 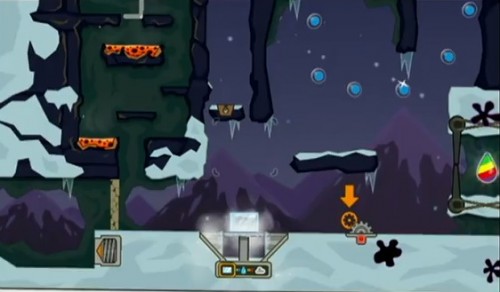 Hydroventure is so cool, it’s Ice cold! *crickets chirping* What? That was funny!

While Hydroventure is an amazing game, filled with originality and character, it isn’t perfect. Constant tipping of the screen back and forth can occasionally make one feel a little dizzy. While this is most likely normal for a game like this, it can take away a bit of appeal on seldom occasions.  On some rare occasions players may suffer from occasional lag between movements with the controller and the game itself, but its subtle and never too bad that it completely ruins the experience. Revisiting areas can sometimes be an annoyance and feel like your back tracking rather than enjoying a familiar scene in a new perspective, and even by accidently bumping into a previously collected rainbow drop can take you back to the start of the level, even when you don’t want it too. It’s also hard to sympathize and fall in love with a protagonist with no eyeballs or heartbeat. It’s the point of the game, but it can make you feel slightly apathetic to what will happen next. 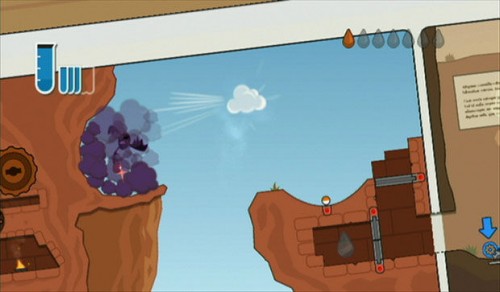 In cloud formation, you can unlock a technique called ‘gust’, which you can use to blow your enemies.No wait, that came out wrong!

In conclusion however, Hydroventure is still a very unique and fun game, and the pros heavily out weigh the cons. It’s a rewarding experience to play something different than what your usually used too, and an experimental game that is entertaining in the end is always great. However Hydroventure isn’t a fun game in the sense that titles like Black Ops is fun to play, or Street Fighter or Final Fantasy is. Its more fun in the same way Tetris, Bejewled and Frogger are fun. Its awesome if you want a game to make you think and really exercise your mind, but if you just want to rack up points, achievements and just simply blow stuff up, this game is most likely not for you. But if your into games that will make you think, have an open mind and want to play something a little different, pick up Hydroventure. ASAP! 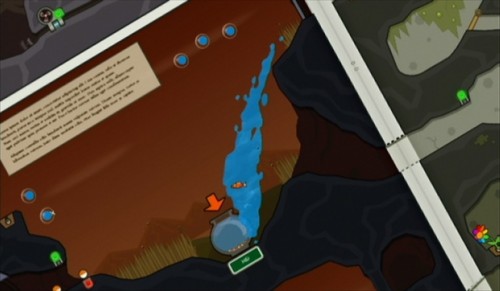 Splash on to WiiWare and pick up this title, its by far one of the best it has to offer!