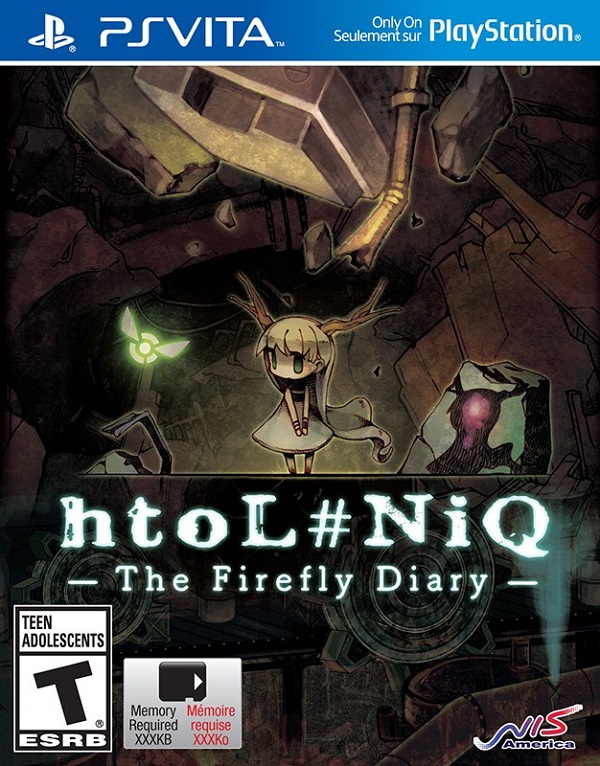 Overview
When Nippon Ichi Software first announced htoL#NiQ: The Firefly Diary, people were surprised to see that the company was going to try and take a minimalistic “indie” style approach to a video game. They were also rather surprised by the extremely odd name but it certainly does help make the game stand out in a certain way. Now that the stylized htoL#NiQ: The Firefly Diary has been released, is this Vita title worth acquiring?

Story
htoL#NiQ: The Firefly Diary begins with a green firefly named Lumen finding a young silver-haired girl with antlers/tree branches in her hair. Lumen, along with the purple darkness firefly Umbra, wake Mion from her slumber and work together to try and help this young girl navigate through a world full of dangerous traps and shadowy monsters. 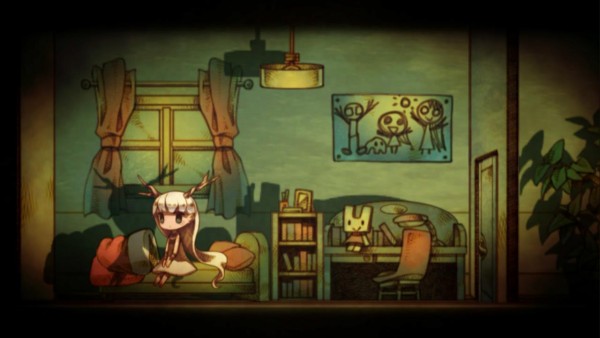 The game takes a very light touch with its storyline as that is all players will have to go on from the start of the game. Instead it is up to the player to try and piece together pieces of the story by noticing various things in the environment while also gathering memory fragments that are scattered across the levels as these memory fragments serve as flashbacks that reveal more of Mion’s story. This means that to get the most out of the actual story players will need to track down these collectibles and, despite the difficulty of this feat, a rather dark but interesting story is revealed.

Gameplay
Now since I just mentioned that gathering collectibles in htoL#NiQ: The Firefly Diary is difficult and there is a good reason for that. The main premise of the title is that players will need to make use of the Vita’s touch screen to guide Lumen, the light firefly, and rear touch pad to control Umbra, the shadow firefly. Players only ever have complete control of Lumen while Umbra must be navigated through the shadows existing in a level or cast by the light from Umbra. 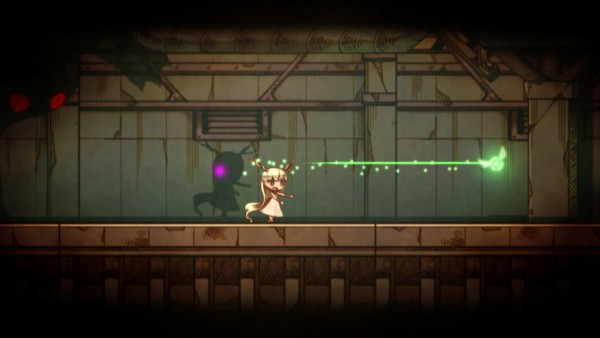 As you move Lumen around, Mion will follow. This means that to move left, Lumen must be somewhere to the left of Mion or above her to make her climb up on a box or up a ladder. Lumen can also be used to signal Mion to activate switches or interact with other objects to solve puzzles while Umbra can directly affect certain aspects of a level by activating various things out of Mion’s reach which generally open up new paths.

While simple sounding, the actual execution of this touch screen follow navigation is excruciatingly painful at times thanks to the way that Mion is designed as well as the poorly implemented controls. You see, everything that can possibly end up with Mion dying, whether it is something falling on her, her stumbling into a pit, a monster eating her, walking into a trap, or something else can and will happen numerous times. So much in fact that htoL#NiQ: The Firefly Diary is one of the hardest games you’ll find simply due to the amount of times you will need to go through the exact same tasks over and over again because, even if you know how to solve a specific puzzle, you’re at the mercy of the controls and Mion’s responses. 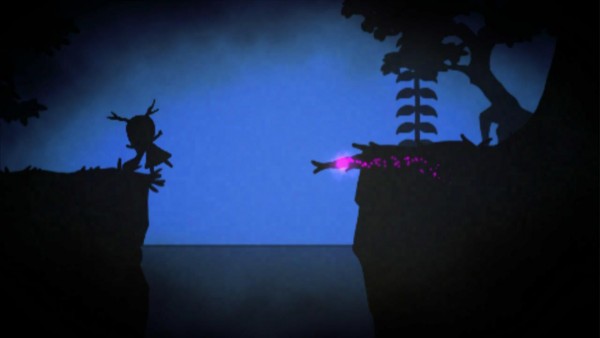 Being difficult is never really a bad thing, but thanks to the frustrating nature of the level design and Mion’s lethargic movement it puts a real drag on the game. Mion never moves faster than a stroll, perhaps due to muscle atrophy, and even when a monster is chasing her and it looks like she is running, she isn’t actually moving any quicker. Plus, unless you tap Mion to sit her down or place Lumen directly on her location she will wander in the firefly’s general direction, usually to her doom. Combine her slow speed with the delay that comes with Mion having to recognize where Lumen is to move in that direction and you’ll find a recipe for disaster when it comes to navigating through areas that require precise timing to survive.

It is worth noting that the use of the touch screens can make things more difficult than they should be, thanks in part to Umbra occasionally taking more than one or two taps to activate, but those who wish to alleviate some frustration can swap the control scheme to one that allows players to use the analog sticks instead. This change makes the game easier to handle at times and is almost suggested thanks to certain levels requiring such precision to complete that navigating using a touchpad will result in countless insta-fails. 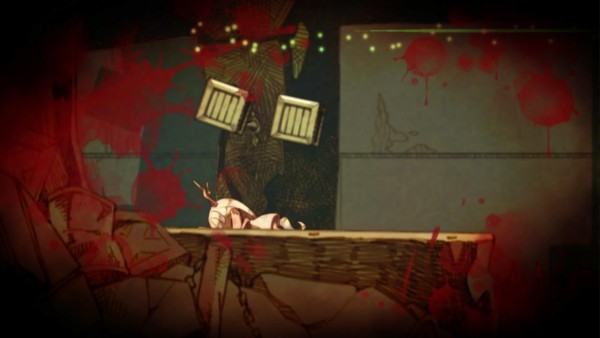 It is worth noting that there does come a certain sense of accomplishment when you are able to finally clear a stage, especially if you happened to obtain a memory fragment while doing so (though stages can be revisited to try and gather them again). This is by no means a sign of the game being rewarding as much as it is a sign that players feel accomplished for overcoming Mion and the control scheme’s limitations to complete an area.

Visuals & Audio
Nippon Ichi Software designed htoL#NiQ: The Firefly Diary with a minimalistic approach featuring simple but gorgeous looking stages riddled with traps to avoid and objects to interact with to help Mion survive her journey. There is a real sense of foreboding in many of these stages due to their dark design and some of the twisted and ominous things players will see scattered around some stages. 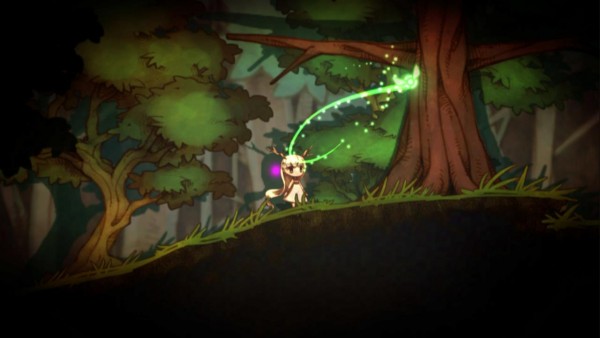 This foreboding feeling is helped by an impressive set of sound effects and use of music to keep the tense and creepy atmosphere alive throughout the game. The real contrast in style comes when the player enters a flashback where everything is not only presented differently but also far brighter than the usual game.

Overall
htoL#NiQ: The Firefly Diary is an odd game in the way that the game’s level design is just difficult enough that it is satisfying to overcome however it is made far more frustrating due to the way players must guide the hesitating and slow moving Mion through each stage using iffy touch controls. This makes puzzles that may be simple to solve take forever to complete due to constant deaths. So while htoL#NiQ: The Firefly Diary makes for a challenging puzzler, it will be one met with more frustration than praise.