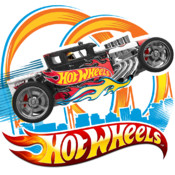 Hot Wheels: World’s Best Driver is a nice new take on the racing formula, and one that should fit right at home on a mobile device. Instead of traditional track-racing, Hot Wheels offers a series of bite-sized challenges. Unfortunately, the challenges aren’t that fun, and this, combined with the game’s clumsy controls and sub-par visuals really make for a package that captures none of the heart and soul of the Hot Wheels cars many of us played with as kids. 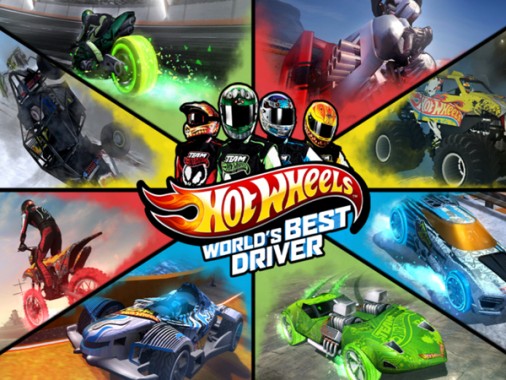 Hot Wheels: Worlds Best Driver puts you in the shoes of one of four different racing teams. Each team is competing for the title of, you guessed it; “World’s Best Driver.” To attain the lofty rank the racers will have to go through a series of difficult challenges to test their speed and dexterity on the racetrack. That’s really all there is in the way of story, and it honestly doesn’t do much to tie the game together. You can play through all of the game’s challenges without ever knowing why you are doing it and the experience will still be the same. 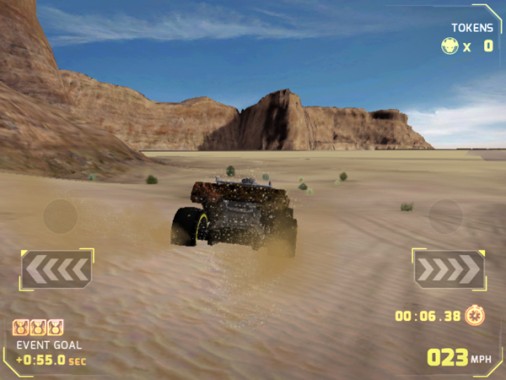 Hot Wheels is a racing game, but it is one that deviates a little bit from the norm. Instead of putting you in a series of races against AI controlled opponents around winding tracks and sprawling backdrops, Hot Wheels has you completing a series of racing challenges. These challenges depend on which of the four teams you choose. Each of the teams; green, blue, yellow and red, all have their unique driving styles (high speed, high-tech, powerful and outrageous respectively) which offers unique and varied ways to play between them.

Green will have you racing through drag strips and through tracks as quick as you can. It is filled with a lot of time trials and speed challenges. Blue will have you making the most out of your drift maneuverabilities and deploying parachutes to make you stop right on the line. The yellow team has you pushing through walls and crashing into opponents to show you who is the best on the road, and finally the red team in their motorcycles are the daredevils – racing through obstacle courses and spitting in the face of fear. 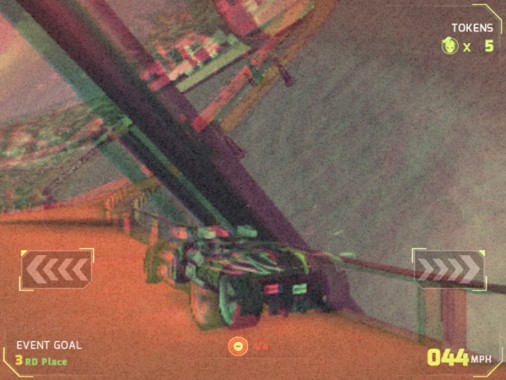 There is a lot of content here – each team has six different stages of challenges to unlock, with 2-3 challenges in each. Furthermore, the challenges can all award up to three medals depending on how well you perform so there is a definite incentive to replay. Unfortunately, the game plays awkwardly and overall is just not that fun.

The controls are the biggest let down for Hot Wheels. The game has your car accelerating manually, and only gives you control over the left/right turning, drifting and any optional items you would deploy. There is no option to break or slow down, which means that it is very easy to lose control of your car along the various tracks. This is especially pertinent in some of the harder challenges where slipping off the track or running into a wall even once forces you to restart the entire challenge again. 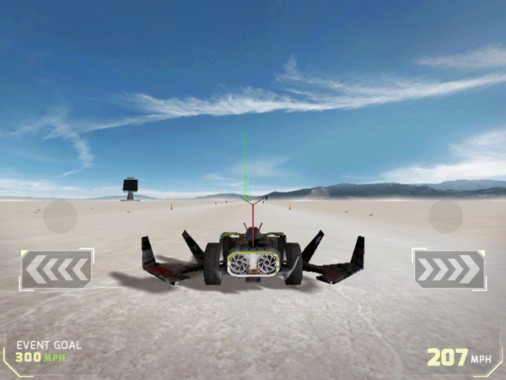 The visuals for World’s Best Driver are outdated to say the least. Everything is highly pixellated and looks like it has come out of the early 2000s. The cars are all so jagged that they almost look blurry and it is hard to play for more than a few minutes before it hurts the eyes. The backdrops aren’t too much better either, being sparse and just as poorly rendered as the vehicles themselves. None of the magic of playing with Hot Wheels cars as a kid is captured here, and that is a real shame. 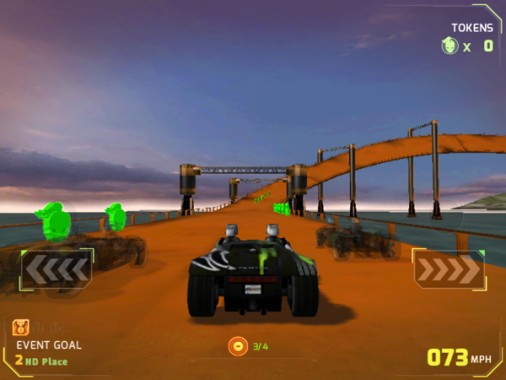 The game’s audio handles itself a fair bit better than its visuals. A nice up-tempo soundtrack underlies the racing game and somewhat helps put you into the racing frame of mind.  Where the audio is let down is the constant narration in your ear by your crew member. Failing a mission will get you berated over and over again, while succeeding will get a tiny bit of praise. The crew member is also incredibly repetitive; it wont take too long before you have heard everything he has to say to you (multiple times). 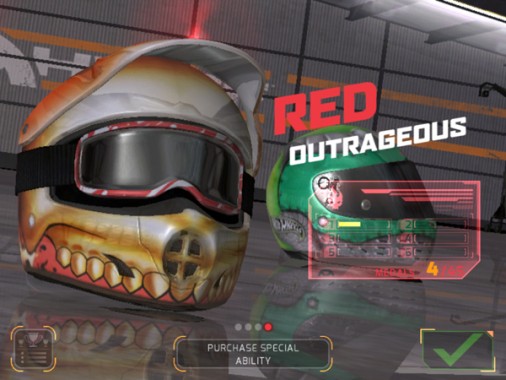 Hot Wheels: World’s Best Driver is an interesting take on the racing genre. Its small, bite-sized challenge structure is perfect for on the go racing and its incredible amount of content would have you hooked for hours. Sadly though, the game itself just isn’t that fun. Poor visuals, an annoying pit crew voice in your ear and relatively boring missions really make this a game that even die hard Hot Wheels fans would struggle to enjoy.