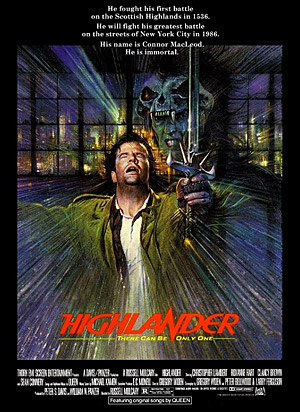 Overview
Once again those crazy/awesome peeps at In The House have put on a screening of another cinematic classic; Highlander. Directed by Russell Mulcahy, whose body of work up to that point had largely consisted of music videos, this film was originally panned at release but became a cult classic due to its unique story concepts and style. 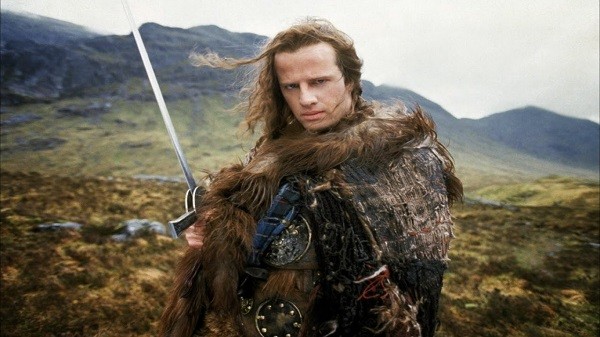 So after making my way to George st cinemas, I settled in to finally watch this film on the silver screen. Before the screening began, we were treated to trivia by regular MCs Anthony Kieran and David Quinn. As a final game before the screening started, the hosts held a contest of who could do the best impression of a person undergoing a “quickening”. The game was funny and adorable when the youngest contestant, a very young girl, was crowned the winner and awarded a prize (but not “the prize“).

Story
The narrative follows the life of a figure referred to as the eponymous ‘Highlander’. Through narration, his actions in the present day, and flashbacks to his past; we learn that his original name was Connor Macleod and that he is a member of a group of immortals who cannot die except through complete decapitation. Upon death, the surviving immortals become more powerful through a process called “the quickening”. We also learn that the last remaining immortals are gathering together in one place to engage in their final duels as, in accordance with the film’s famous line; “There can be only one”. 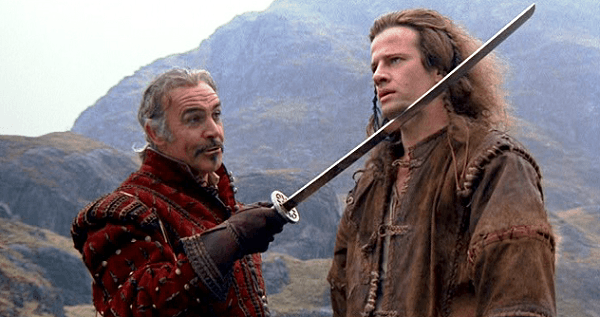 Although the plot does explore interesting themes of what living as an immortal through the ages would be like (hint: It’s kinda lonely), it largely serves as a premise to allow for plenty of action scenes where characters in the modern day can swing swords at each other. There isn’t too much you can take from the rudimentary dialogue and characters, but it is a fun concept for what is essentially a ‘swords-and-sorcery’ action flick. There are times when the dialogue is especially underworked, which I guess can add to the camp charm of the film but irks the wordsmith within me.

The performance of the actors is notably ham-handed but I feel that this adds a certain level of camp charm to the film as they spout out hilarious/awesome/clunky one-liners. Christopher Lambert in particular was an interesting choice to play Connor as (according to Quinny) he was a “French actor who could not speak a word of English” but was cast to play a Scotsman. All things considered, he did an alright turn in this role and I was willing to suspend my disbelief whenever he spoke any dialogue. I was similarly confused about Sean Connery’s casting in the film as the protagonist’s Spanish-Egyptian mentor and friend, Juan Sanchez Villa-Lobos Ramirez, but his performance was much stronger as this boisterous figure in the first half of the film. 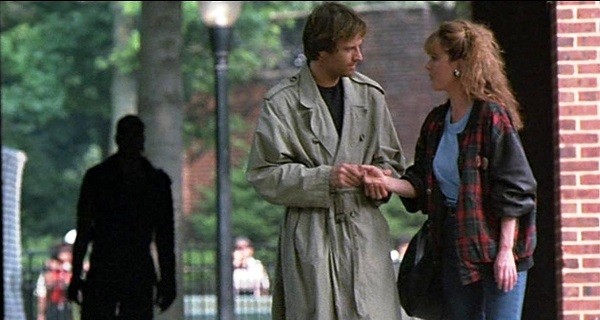 Clancy Brown’s energetic and frenetic performance as the villainous Kurgan, on the other hand, is particularly worthy of praise. His rendition is perhaps the most in-your-face evil I have seen in a long time and perfectly fits in with the camp charm of the entire film. There are a number of scenes where he simply steals all focus away from any other character simply because his onscreen presence is so indomitable. 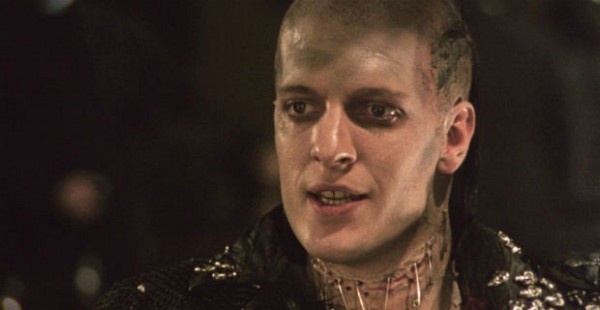 Just to give a heads-up here; this movie’s origin in the eighties does mean it has some of the quintessential hallmarks of action movies which will hit you with major nostalgia… but it also carries certain problematic aspects. This is especially prominent in how the film treats its female characters. The love interests of the protagonist are either kidnapped or sexually assaulted to raise the emotional stakes of the conflict. I found this to be somewhat disturbing as the Kurgan is shown to be evil in so many ways already, that taunting Macleod by telling him that he sexually his partner is somewhat confronting. If this is something which might upset or trigger you, then you may wish to avoid this film.

Visuals
Mulcahy’s direction created some visually interesting shots throughout the film. As well as framing the action (sometimes with ridiculous cuts in continuity), the shots of immortal characters undergoing a ‘quickening’ are actually quite awe-inspiring. The sheer scale of the practical effects involved (along with some simple animation) were what impressed me most and really get across the powerful moment of said ‘quickening’. The final two ‘quickenings’ of the Kurgan and Macleod were particular spectacular with plenty glass and animated lightening to create a palpable sense of power. 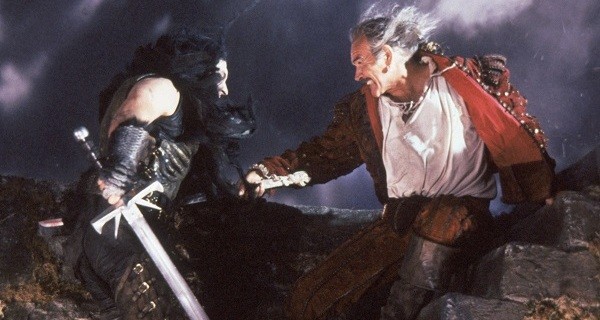 The fast cuts of Mulcahy add an energetic pacing to the film and compliment the action sequences. Most of the time you’re able to keep a sense of where the characters are in relation to each other as they move around the sets, but the repeated jumps can also mess with this continuity and create a confusing sense of space.

Audio
The soundtrack quite prominently features works by the band Queen who personally composed most of the songs used in the film. The group composed the songs to match up with different scenes and sequences within the film itself, which shows in how well the songs match the mood of the plot. In particular, I enjoyed the choice of using Who Wants to Live Forever as an accompaniment to a montage of Connor having his heart broken due to outliving the woman he fell in love with. 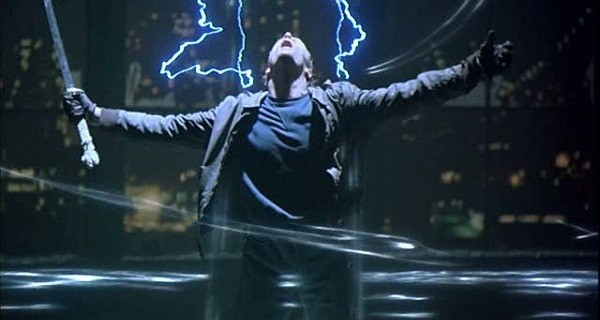 Overall
Overall my feelings are mixed about this film. The concept of the film is awesome and the overarching plot is pretty good but it fumbles the execution in a number of ways. The performance from Lambert is shaky and it isn’t helped by the, at times, clunky dialogue. Connery and Brown put in some amazing performances however and alongside the soundtrack from Queen, they prove to be some of the film’s most redeeming features. It’s an acquired taste, but if you’re a fan of campy action films from the eighties; then you’ll probably enjoy yourself.