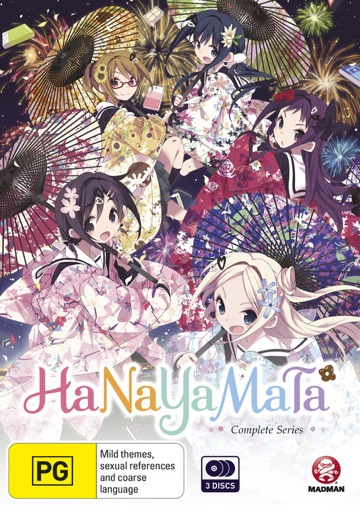 Naru Sekiya is a 14-year-old middle school student. She is a wholly unremarkable person who is almost exclusively interested in fairy tales. One day, she meets her own ‘fairy’ and asks her to take her to another world. The ‘fairy’, a North American named Hana N. Fountainstand, decides to fulfil Naru’s wish and introduces her to the world of yosakoi. Although Naru is shy, nervous and occasionally clumsy, her friendship with Hana helps her grow into a caring friend and gives her a new purpose in life.

Yosakoi is not often the main subject of an anime or manga series. It may be depicted briefly during cultural festivals, but there are relatively few anime or manga series that are focused on dancing of any kind. In the case of this anime adaptation, the end goal is for the members of the yosakoi club to participate in the Hanairo Festival. However, HaNaYaMaTa is not all about yosakoi. It is just as much about a shy and easily embarrassed girl who spends the majority of her time with her best friend Yaya Sasame, as well as the easily excitable foreign student Hana. In a way, the series is almost like a Japanese dating simulator. There are five girls each with their own problems that all have to be resolved by the protagonist. The only difference is that one of the five girls, Naru, happens to also be the protagonist of this ‘dating sim’. After she becomes friends with Hana, she learns more about friendship and encouragement. Hana and Naru eventually work together to form a yosakoi club at their middle school, although they face an unrealistic amount of adversity from those around them at school. 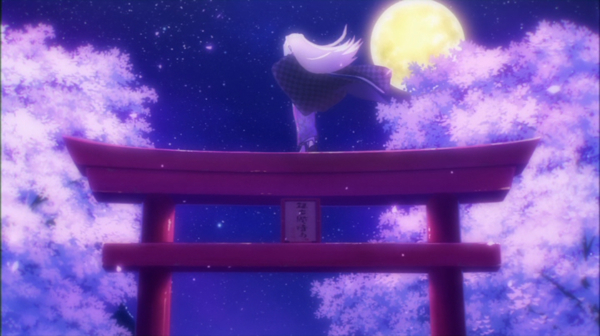 Hana is the one who helps Naru with her problem, which is a reasonably realistic problem for one to have. Unfortunately, the problems that the other characters have are unnecessarily melodramatic. Yaya has been strongly attached to her best friend Naru since they were children. She likes being the person Naru runs to whenever she has a problem, so she ends up becoming rather jealous of Hana and hostile towards Naru after Hana and Naru become friends. This eventually leads to a big fight between Naru and Yaya. Some harsh words are said, the two eventually make up after they tell each other how they really feel and everyone moves on to the next problem. It would be better if Yaya was not a completely archetypal tsundere, and if there was more originality in the series. Her problem and the way she deals with it is contrived. Some of the girls are able to act like they are in middle school, however. It can be realistic when it wants to, even if it often chooses not to for the sake of presenting an annoyingly melodramatic story. 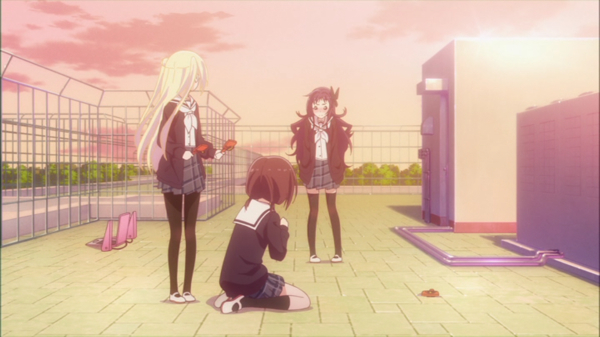 There are more problems with this series that need to be mentioned. Some scenes are completely and utterly pointless, such as the five minutes spent on having some of the girls think that they need to go on a diet. This diversion goes nowhere and serves no purpose. It does not even seem to be there to comment on the fact that young girls often feel the need to go on a diet when they are in fact perfectly healthy. Hana’s North American mother appears towards the end of the series, creating the most contrived melodrama in the entire series. The members of the yosakoi club face plenty of hindrances, but none so ridiculous as Hana’s mother finally appearing only to tell Hana to leave Japan almost immediately. Her mother tries to make it seem like she has been thinking about things very seriously, but she clearly did not put much thought into how Hana might feel about leaving Japan in a matter of just a couple of days with no warning. The other major problem is the student council president, Machi. Machi appears in the opening animation as a member of the yosakoi club, yet she plays the role of antagonist for more than half of these 12 episodes. Her problems are resolved, as are the problems of every other character, but it is extremely unusual for a main character to only be given a proper personality and a major role in the final few episodes. This may very well be nothing more than a side effect of the anime being an adaptation of only a part of what is currently a seven-volume manga series, but it does not work well either way. 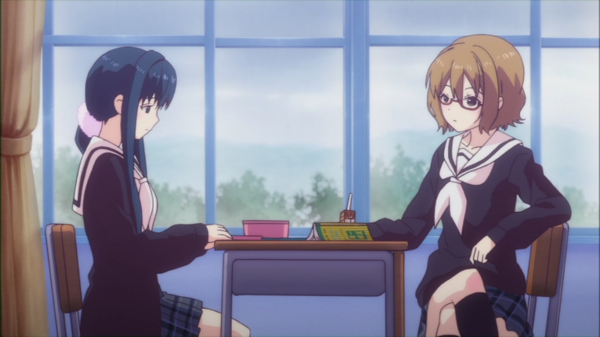 Hanayamata is stunning right from the very first moment. From the falling of the cherry blossoms to the choreography of the yosakoi, there are few dull moments in this series in terms of its visuals. One thing that Madhouse’s animation team is particularly skilled at is the use of colour to make things stand out. Brightness and darkness are both used effectively, as is the use of glowing effects, but what really sets this series apart from most other modern anime series on the market is the use of vivid colours and imagery. The backgrounds are so beautiful that they almost cease being backgrounds at all, standing out so much that they are just as incredible to look at as the dancing. Madhouse has always been one of Japan’s best animation studios, and the animation alone make this series worth watching. There is one problem with the animation, however, and an extremely major one at that. Still images are often used in the dance sequences instead of actual animation. Considering that the series is focused on a yosakoi club, there ought to have been a lot more animation in its most important scenes.

Most of the voice actors in the English dub give convincing performances, but Monica Rial was a strange choice for Yaya. Yaya in the English audio track sounds as if she is the one from New Jersey, not Hana. The background music is fantastic and the opening and ending songs are both memorable. Rarely does an anime series feature a soundtrack that is almost entirely great to listen to. 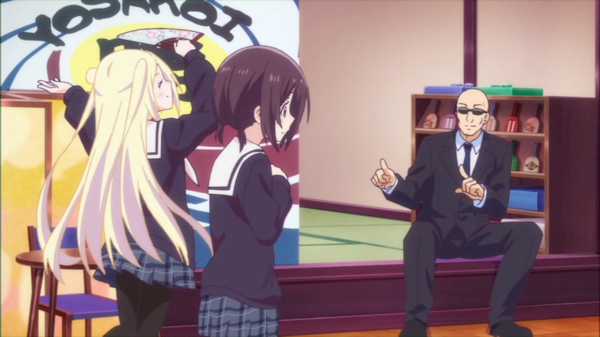 Hanayamata may be a short adaptation of an ongoing manga series, but it can be entertaining at times. Whether it is because of Hana’s near-constant state of excitement, the somewhat realistic character development or the yosakoi dancing, there is rarely a dull moment in this series. It is moving, touching and generally beautiful when it wants to be. It has a few inappropriate sexual references and a few scenes that are frustrating to have to sit through, but it continually offers a range of important values and moral points for viewers to think about. It is somewhat of a shame that the anime adaptation only ran for twelve episodes and that the original manga series is not available in English, but this does have a sense of completeness. It has a clear beginning, middle and end, and although that end is just the beginning for the Yuihama Yosakoi Club, it might be worth watching whether you are interested in yosakoi or not.