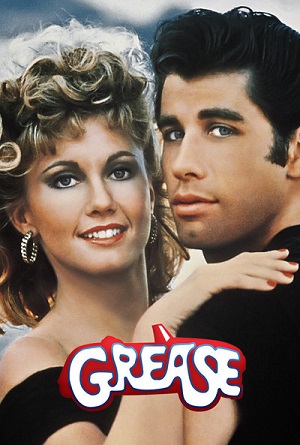 Randal Kleiser’s Grease is considered one of the cultural touch stones of the late 70s with a popularity which thrives into the present day. The film helped launch the careers of its leads and has become one of the most popular musicals the world over. Thanks to the peeps at In The House I got a chance to see it on the big screen. 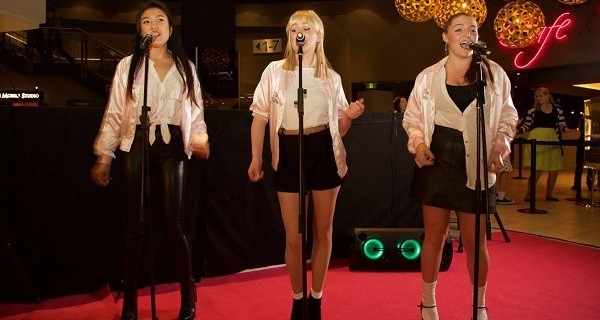 Before the screening the began, they had organised for a number of pre-screening exhibits including a wax statue of Olivia Newtown John (from Madame Tussauds), a group of rockabilly singers dressed as ‘Pink Ladies’, and a restored vintage ‘hot rod’. The singers performed a number of golden oldies including Blue Moon and Jailhouse Rock and some of the younger audience worked through their inhibition to dance along with the music.

Our regular host Quinny was joined by Briann who provided the audience with interesting tidbits regarding the film’s (often tragic) behind-the-scenes trivia. After a quick game of ‘heads or tails’ played with the entire audience, with the winner receiving some DVD prizes, the screening began. 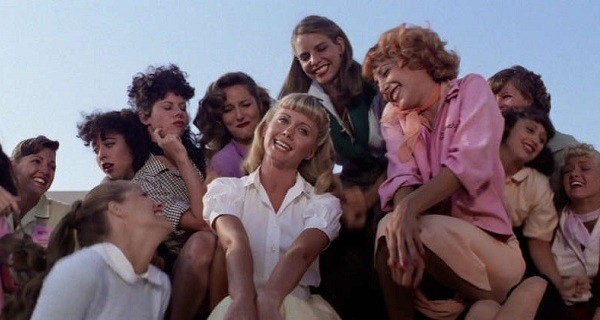 The narrative follows senior students at Rydell high as they return to school from summer vacation for the start of a new semester in 1959. We’re introduced to our protagonists and learn that two of them, Danny Zuko (John Travolta) and Sandy Olsson (Olivia Newtown-John) had spent the summer together forming a romantic bond. When the school vacation ends, Sandy coincidentally transfers to the same school which Danny attends. Their teen romance encounters some trouble, however, as they have to negotiate the trials and tribulations of high school cliques.

The cast of characters also includes Kenickie (Jeff Conaway), Rizzo (Stockard Channing), and Frenchy (Didi Conn) who further flesh out the main romance plot with their own complications. The story basically covers all the hot topics of your everyday teen drama including delinquent gangs, pregnancy, and quarter-life crises. I would say it’s cliché but considering the place of this film within the pop culture landscape, you’re more likely to assume that those clichés came from Grease itself. 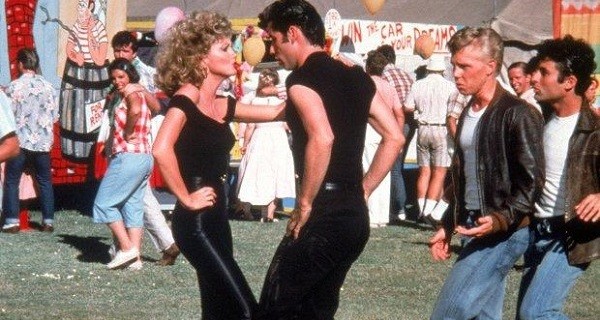 The narrative and pace of the film is suitably upbeat with plenty of song and dance numbers to break up the action. It’s hard not to smile throughout this movie as there does appear to be a strong underlying sense of optimism throughout. You get a number of complications which just feel like they are problems which can be easily overcome. A great example of this is one character who gets rumours spread about her at the school who then promptly sings a song about how it could be worse. Another is when the greaser gang sing about how they’re going to soup up a decrepit car they’ve bought.

I particularly enjoyed the performance of Channing as the sassy and proud Rizzo and Conn as the naïve Frenchy. Travolta does a good turn as portraying the mercurial Danny who jumps between the cool greaser in front of his friends and the charming romantic with Sandy. Overall, the casting and performances were good and you probably won’t notice (or care) that pretty much none of the leads are anywhere close to the age they’re meant to be portraying. 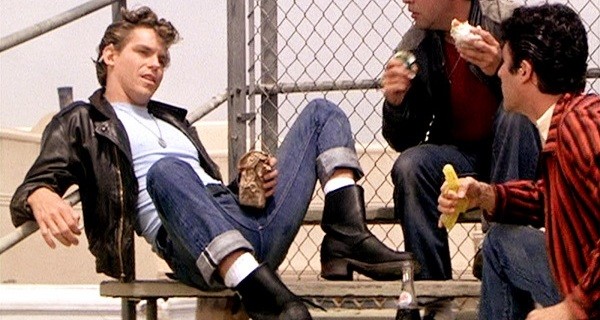 This movie nails its 1950s aesthetic pretty much right from the get-go (if you ignore the pop-art, animated opening). The costumes are all wonderfully done with the greaser characters suitably attired in jeans, jacket, and shirt. The 50s style dresses worn throughout are also sure to please the eyes of anyone who has nostalgia for the era or a taste for retro style.

The direction has a sense of humour in parts such as when Danny sings a song lamenting the rejection of his advances by Sandy while an advertisement plays in the background spruiking hotdogs. At the conclusion of the song, a wonderful (and kinda adult) joke is implied. The direction also works to compliment the excellent dance numbers throughout the film. The film certainly does an excellent translation of the set pieces of broadway onto the silver screen. 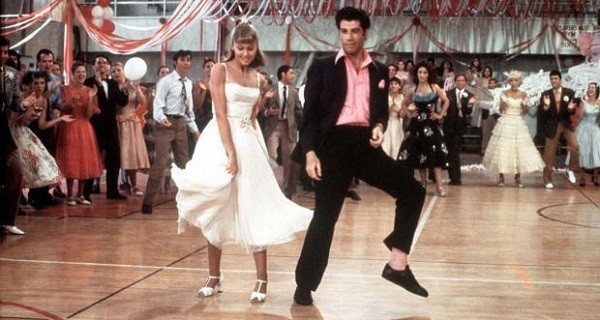 The musical numbers throughout are classics and wonderfully performed by the cast. There is a great deal of variation between the songs, so there’s something for everyone from a rockabilly dance number to slow long songs. The opening ‘Summer Loving’ and closing ‘You’re the one that I want’ are particularly memorable and deserve their title as a classics in pop culture. There were some songs, like ‘Hopelessly Devoted’, which I wasn’t as impressed by largely due to the fact that it just seemed so out of place in a film which is as upbeat as Grease. I’m certain however that a fair amount of you would enjoy these instances anyway and the rest will be able look past a misstep or two.

The music also largely holds true to the 50s setting except for the two additions to the original musical score; ‘You’re the One That I Want’ and ‘Grease’. Both have a contemporary (for their time) sound but don’t break the immersion of the film too much. You probably won’t mind that there’s disco song in a film set in the 50s, unless you’re a very pedantic music connoisseur. 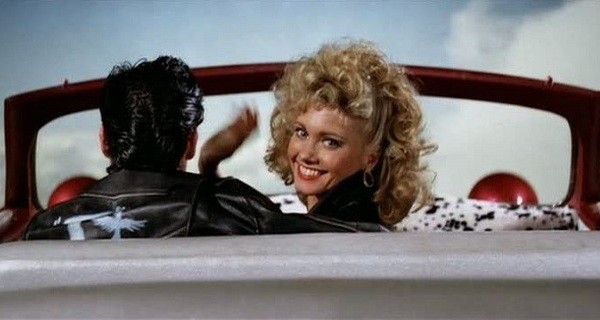 It is not hard at all to see why Grease is the classic that it is. Its narrative is upbeat and optimistic so that children can enjoy it… even if some of the humour and themes are quite adult. The film drips with retro style and it’s a pleasure to see Greaser and 50s culture to be portrayed in a film so stylishly. The music is, of course, the big draw and even decades later you’ll probably find yourself singing along to some of the songs (as happened during our screening). This is one of those films which I wouldn’t just recommend to anyone, but rather recommend that everyone watch it at least once to appreciate it as the cultural touchstone it is. Don’t be a square, go watch it.