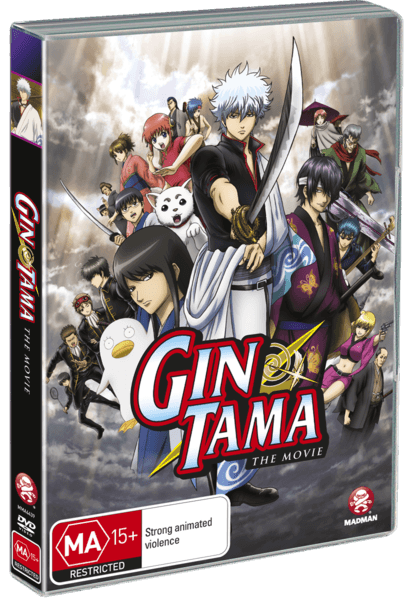 Gintama is a comedy Anime series about a group of Samurai that run a store to investigate things. It’s an action-packed franchise that is incredibly hilarious and full of anime and pop culture references that would make even the most humourless person laugh. I really, really want to empahsise the action-packed and incredibly hilarious parts. I’m pretty sure I’ve given you a good idea of it below.

Gintama The Movie is set after the events of the series and has a crazy storyline of its own. Does it hold up well? Is it a hilarious contribution to the saga? Find out in our review below.

Hilarious. Hilarious would be the best way to describe Gintama The Movies story. I mean, you know that this is definitely the case when it takes the movie three attempts to even begin. 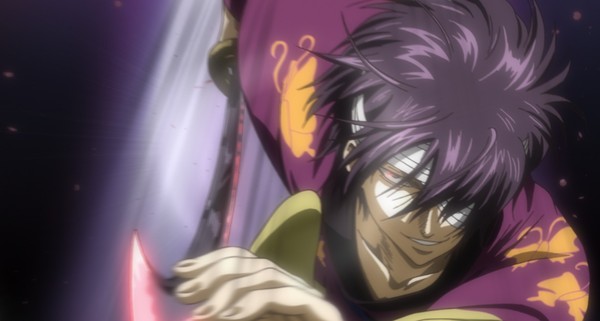 The story is incredibly cliched whilst also being really, really unique in its setting. But really, what makes this movie great is the way the characters interact with each other throughout the story. I mean, sure I can go on about the stories arc, which I might do later in this section; but really, the most enjoyable thing to talk about is the characters.

The characters in this, where to begin!? We could talk about the main cast, comprising of an orphan that is the reincarnation of a white knight, a red-head with a matching personality, glasses and a duck-suit named Elizabeth. And, man, they mix incredibly well.

One of my favourite moments in the film is when the red-head gets captured and is being interrogated by the equally hilarious villains. Somehow this ends up becoming one of the most vulgar scenes in the movie and it is done with two incredibly cute girls. If you’re curious as to what this scene is, let’s just say that it involves large amounts of hocked-up spit. I will also point out that it is technically work-safe, read into that what you will. 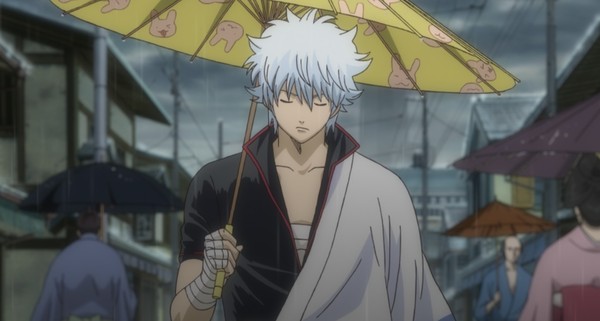 Opposing the hilarious main cast are the just as hilarious villains. They don’t get as much screen time and they’re not as obviously funny, but if you look at them right – they are clearly parodies of something. The best example of this is probably the villain that constantly makes perverted remarks and then claims that he’s a feminist. Or the blonde haired girl that totes guns. So many examples.

For those of you that are unaware of Gintama, like I was before going into this, the sitting is incredibly unique. It’s set in a Samurai era Japan, but there’s like aliens and spaceships and stuff. But what’s good about that is that they’re also sitting in the background of the film, this doesn’t become a samurai in space film at all. I liked this a tonne.

I’m watching this again in the background whilst I’m writing this, because it’s that hilarious, and the scene where Elizabeth is wearing a samurai disguise just came on and all the goons are remarking on how sketchy she is. SHE IS A DUCK SUIT, HOW DO YOU NOT REALISE THIS!? Laughing so hard. 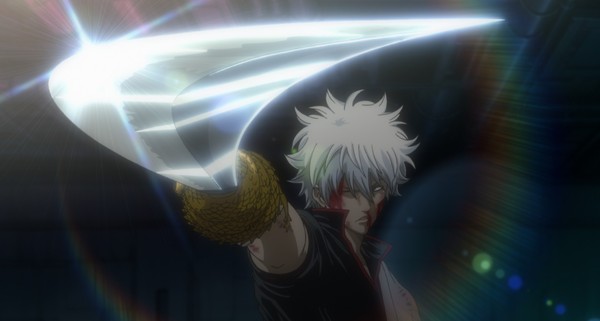 All up I just can not talk about the story in too great a detail without sounding like I’m just repeating myself ad-nausea. It’s freaking hilarious and you absolutely have to watch it.

I really love the way this anime looks. The characters aren’t all incredibly pretty, nor are they hyper-masculine like in many other series. Each character has their own unique look and feel that, I believe, emphasises their character traits and personalities. Also, Elizabeth.

In the movie there is this really evil sword named after Cherry Blossoms and it glows pink and stuff. When it’s not being used, it looks just like a regular Katana but with a pinkish glow. However, when one of the villains wields it, it becomes this veiny, large, pulsating and thick replacement for an arm.

The background scenery in this movie is also incredibly well done, as it is in most Anime films, but it also fits the style incredibly well. It really looks great when it’s time for some story over the over the top madness that is usually occurring. 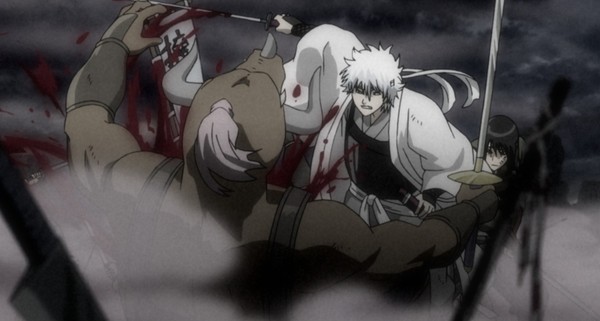 Actually, this shows action sequences are amazingly well done. I mean, incredibly amazingly well. What’s really good about Gintama The Movie is that each of the characters have great action scenes, not just Gintoki the main character. I also love how exaggerated these can be at times. One of the best examples I can think of is the scene with the airships and Elizabeth and everything going on there. Man that was amazing.

Once again, I could spend all day talking about how amazing these visuals are, but really, I’d just like to nutshell it. The visuals in Gintama The Movie excel at emphasising both the comedic aspects and the action aspects of the film. Without the visuals being as strong as they are, this movie wouldn’t be half as great.

The dialogue in Gintama is freaking hilarious. I absolutely love how hilariously funny the dub tracks came out in both English and Japanese. However, I will admit that as a native English speaker, I much prefer the English track over the Japanese. 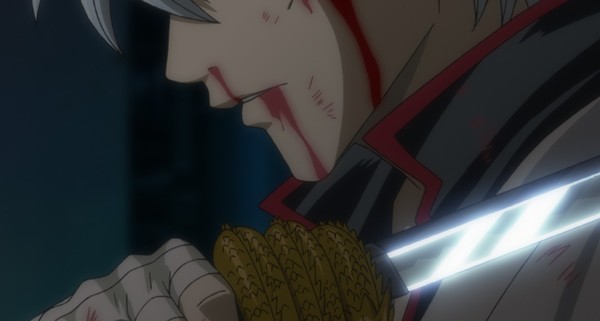 I love how everyone in the movie is generally being loud. Loud and shouting. However, there are often times where they are speaking normally and I feel that those times are just to calm the audience down after a bunch of laughs and to continue pushing the story. And then suddenly its loud and hilarious again. Loving it.

The sound effects used in the movie are also really well done as well. As a comedy anime you might have expected this to have been filled with low quality gag sounds that plague many works. This is not the case with Gintama. Everything sounds as realistic as you’d expect it to and this really pushes the contrast between action and comedy as the film would display.

Other than trailers, I have yet to find any Special Features of any kind on the disc for this film. Yeah, I’m pretty sure I’m right here. Audio just has English 5.1 and JP 5.1; no commentaries and the menu only has the usual options. However, the interior of the case has a drawing of one of the greatest scenes in the film, so that’s cool.

Gintama The Movie is an incredibly hilarious and action-packed film that will have you coming back again and again. As someone that has never seen an episode of Gintama before, I found it strange that I was being tasked to review this amazing package; but after I was done, I could see why. This is a series that everyone has to see, and for someone with my sense of humour, this was a no-brainer. Aside from the lack of special features, I would heartily recommend this to anyone anywhere.

The images reflected in this article fail to articulate the humour of this Anime.