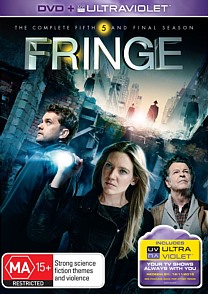 Overview
As is the case with most sci-fi productions, a force of unrelenting power has transformed the future into a dystopia…two futures…I guess one is technically their past, being that they came from an even further future…that being said, it’s also the present where our heroes fight to save the world…this isn’t even the complicated part. With the infinity of time resting on their actions in this one past/present/future, the Fringe Division must use all they do and don’t know to save the world from the greatest threat it has ever known. 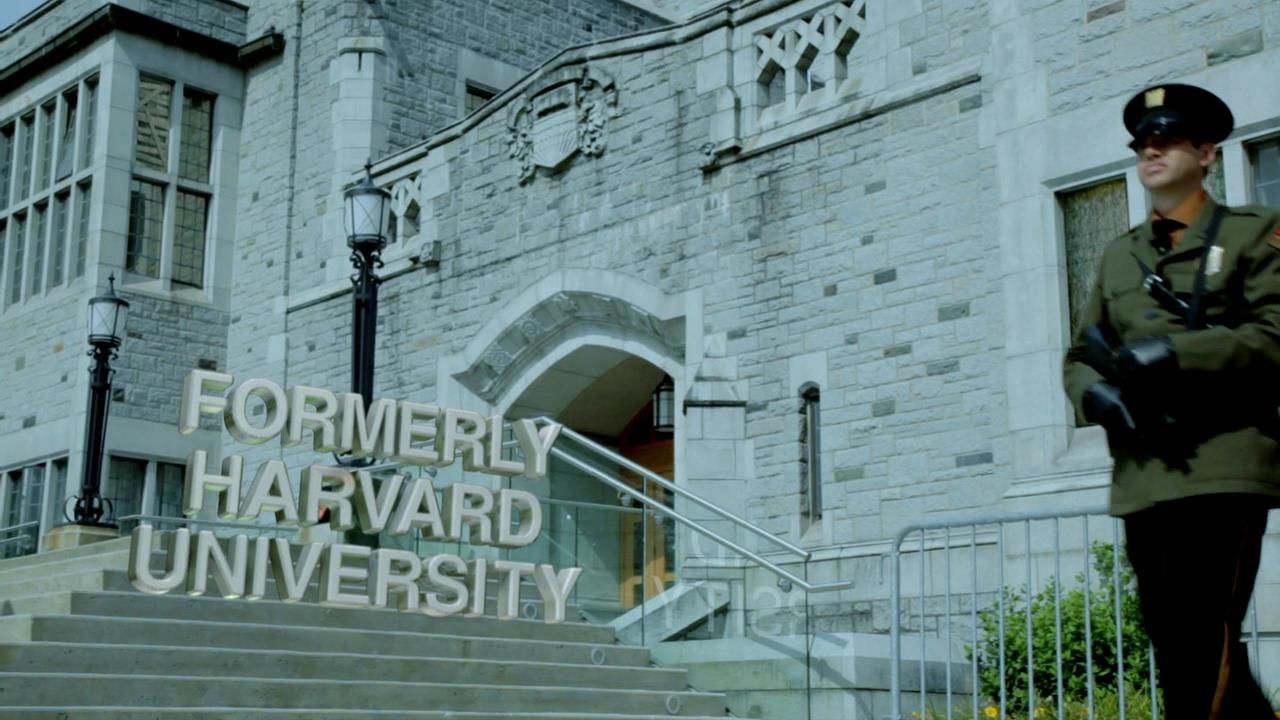 A lot can change with time…and invasions from the future

Story
Having been forced to seal themselves in Amber, the Fringe Division find themselves in the year 2036. A turning point for humanity. In a time where a transhuman threat known as the Observers have begun their takeover of the planet. Travelling back 573 years, they seek to transform the world into one more fit for their altered physiology, having damage their own time. Within the forcibly instilled new world order, civilians live in constant fear of the looming Observer threat. Lacking any trace of emotion and possessing telekinetic and transportational abilities, these invaders are unrelenting and unforgiving. Those unwilling, or unable, to stand against the Observers become complacent in this glib time. These Loyalists, as they are dubbed, do their best to carry favour with the beings, bolstering their forces as part of the military and keeping civilians in line.

However, as with every regime, there is an opposition. A group that stands ready to fight, to tear down that which rules the land. A Resistance. Naturally, our intrepid time travelling heroes, once reunited, work with said resistance to aid them in their plan. A plan that none of them yet understand. To prevent detection by Observer telepathy, the plan lies scrambled within Walter’s brain. Following clues left by Walter himself, the team must uncover all of the components necessary to its completion. With no knowledge of their end goal, the objects collected throughout the series appear random, their connection to each other unknown. For now. The further the plan is progressed, the more attention is gained from the ever watching Observers. With each passing second, it becomes harder and harder for the team to evade capture. But when failure isn’t an option, can you go too far? What is the moment where the ends do not justify the means? 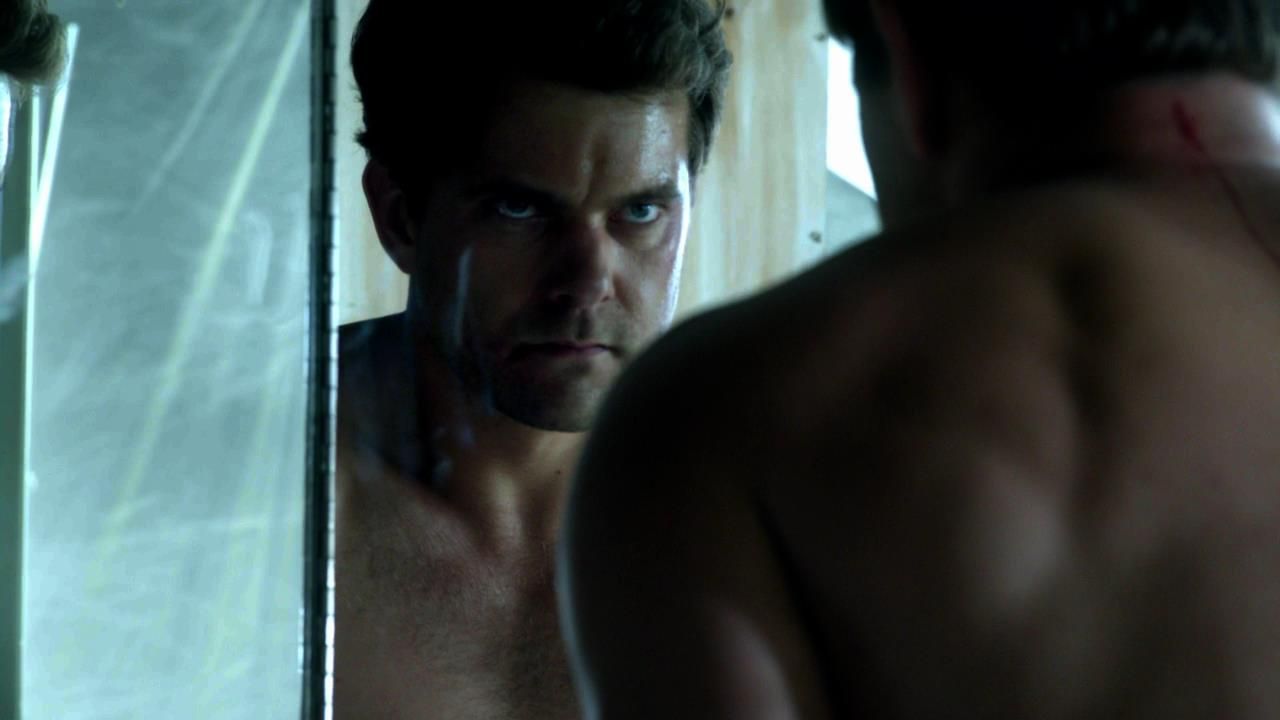 How far would you go?

As the final season, these episode contain within them the ingredients of conclusion. As character’s personal stories come to a close, they discuss the past that they have shared and express the emotions they have carried for so long. Throughout the season, Peter and Olivia continue their struggle to stay by each other’s side, refusing to drift apart as they have in the past. Peter also further develops his connection to Walter, who notes the happiest moment of his life was when Peter once mistakenly called him Dad. These moments serve as the emotional representation of what they stand for: humanity. With the Observers as stark contrast to said humanity, it is expressed clearly just how greatly feelings impact life. Without negative emotions there is no jealousy or grief, but without positive emotions there is no point. Unable to differentiate good from evil, the Observers act only in a logical fashion. But we all know that humans are anything but logical. Pure, sterile fact is, in essence, closer to evil than neutrality. It’s just one of those confusing interpretations that make humans, well human. It’s all rather beautiful really.

The season also sees the return of a number of old enemies, though not in the manner you’d expect. Using what little they have, the Fringe Division decides to recreate some of the events they once investigated. Walter even notes, “There was once a time when we solved Fringe cases,” showing the shift in the series as the Fringe sciences became more and more central to the world. The case of flight 627 reappears first, as it would seem that a flesh eating bacteria can be quite the weapon. This poetic use of their pilot case is referenced by Peter, stating that, “Our first Fringe experience was their last.” (Referring to the Observers who are now much less…alive) The use of their previous cases also serves to tie the series together, conveying that each of their investigations did have a purpose, one that the Observers watched every step of the way without even realising it. 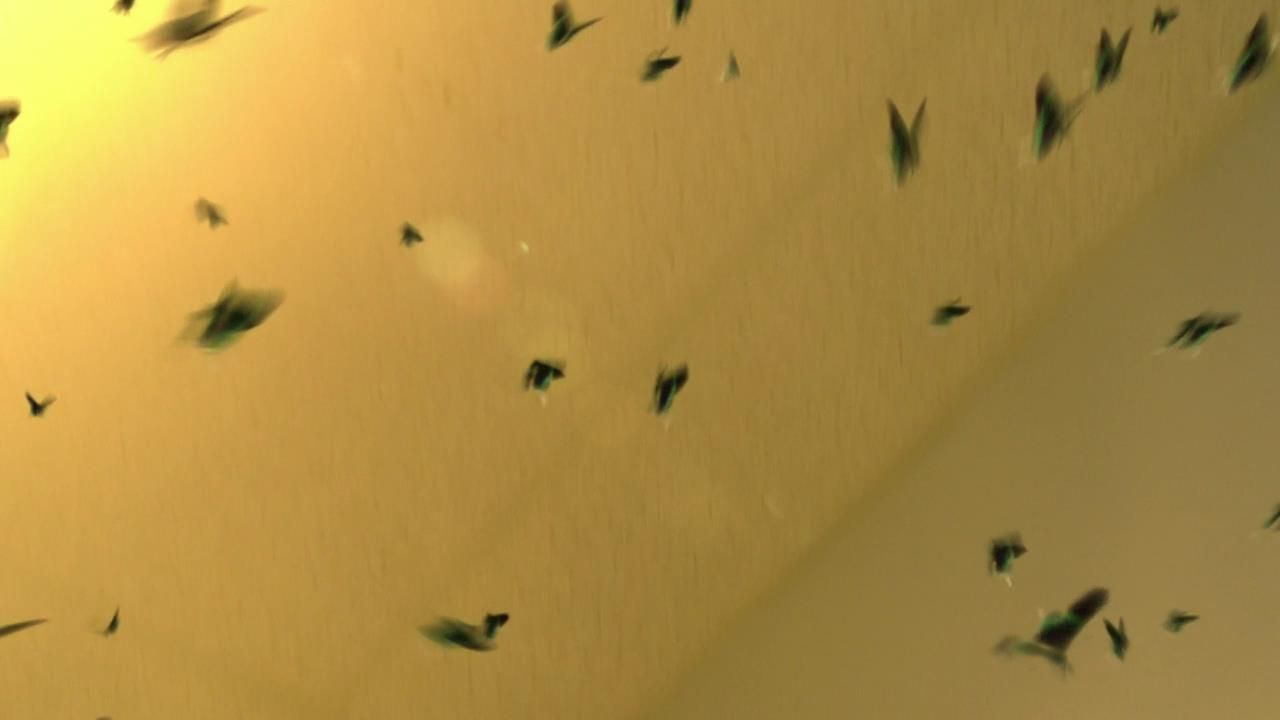 Are they a part of the dream?

Visuals
As is fairly common with dystopia, colour is not exactly a prominent feature. Lending to the Observer mentality, there is no need for vibrant colours when white, grey and black will suffice. This serves as another reminder, just in case you needed one, that the Observers are very robotic in nature…and incredibly dull. Though remnants of the “old world” remain, the new structures are all precise and artificial. Due to their need for an atmosphere rich in carbon monoxide, which isn’t good news for humans, even the sky itself has begun to lose colour. In the year 2601, when Observers rule completely, the sky is as lifeless as the world.  That being said, due to when the series takes place, there is a great deal more of the past still present, far more than is expected in a dystopian future. Streets, buildings, parks. The fact that these have not been eradicated serves as a visual reminder that Observer control is not yet total.

The Observers themselves also cut a very unique figure. Immediately identifiable by their pale skin, lack of hair and the fact they all dress like 1950s businessmen, they serve as a very uniform unit. Variation is not their friend…not that they actually have friends. Observers also share a physical tick where, occasionally, they will slightly tilt their head to side. The purpose of said tick is explained to them in a fantastic speech which notes why humans are superior. It is said that despite all their claims of evolutionary dominance, they tilt their head in a manner akin to a lizard,changing the angle at which sound hits the ear, allowing in more stimuli. Despite all of their higher intelligence and self imposed supremacy, they have honed primitive instincts that humans left behind long ago. Needless to say the Observers took exception to that, though it remains a powerful, albeit subtle, visual cue. 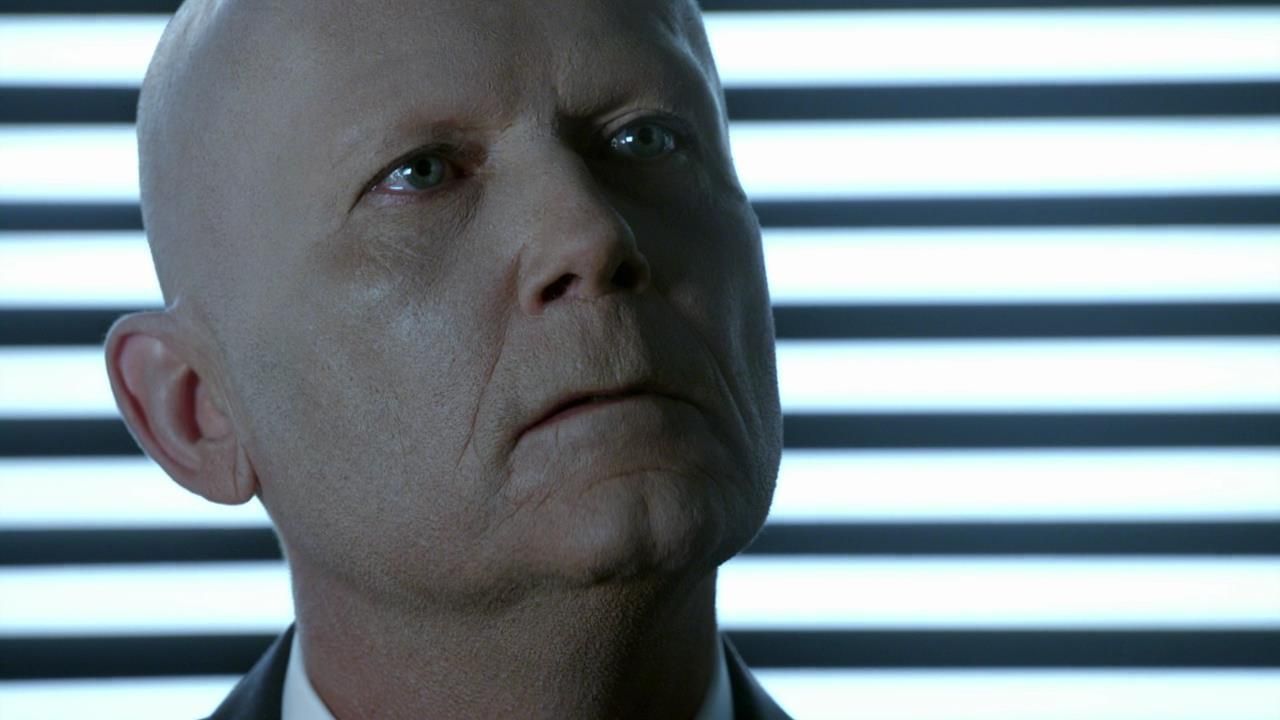 Apathy is a sort of living oblivion

Also connected to the Observers is the symbolism of the bloody eye. Whenever a character fights back against an Observers telepathy, the blood vessels in one of their eyes burst. This leaves a rather confronting image and expresses the willpower that those deemed lesser still possess. At the same time, it also shows the fragility of humans in that, against the Observers minds alone, such damage can occur. At one point in the series, an Observer also suffers the same bloody eye, showcasing the possibility of humanity somewhere within them. Being able to cure said eye by blinking also serves to further reinforce the Observers distance from humans, with healing literally occurring in a micro second.

On a lighter note, we are also treated to some rather unique visuals in the episode “Black Blotter”. With Walter being, well Walter, we are taken for a ride o one of his acid trips. Yes, even in the dystopian future, the genius decides to take a break from reality and spend some time with the fairies. Not a euphemism, he sees fairies. We see fairies. Though there are plot relevant details divulged during this episode, it also serves to visually lighten our spirits and diverge from the duldrum of Observer America. 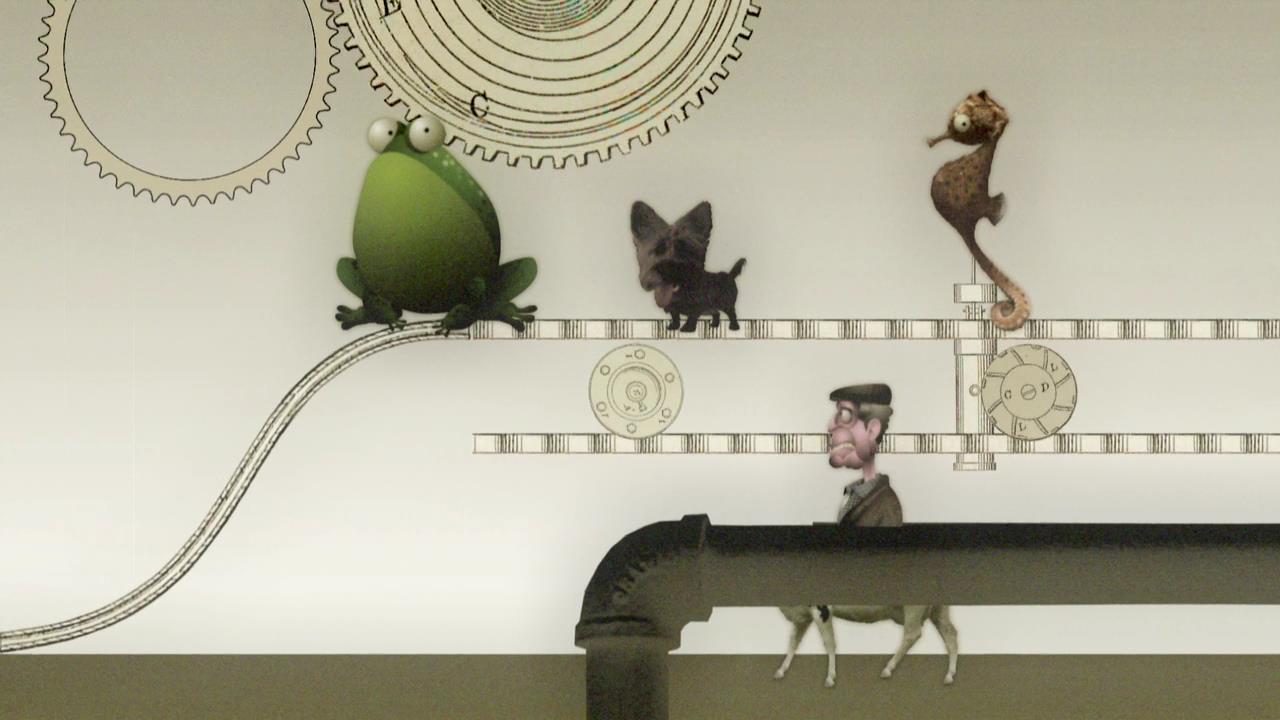 Welcome to the wacky world of Walter Bishop

Audio
Music is a very important concept within the series itself. Not surprisingly, music isn’t exactly prevalent in the Observer run 2036. This creates a very glib world auditorily speaking, another factor that serves to further represent the disparity between humans and Observers. Whilst Walter expresses how music can allow you a new perspective on the world around you, Observer Captain Windmark undermines it as nothing more than tones, rhythms and harmonic vibrations. Though they tolerate it, they will never truly understand its effect on humans. Supportive of Walter’s argument, the series features a number of songs that relate directly to the events of each episode. The episode “Five-Twenty-Ten” features Walter discovering that his old companion William Bell stole his David Bowie record “The Man Who Sold The World” In one interpretation of this song, the lyrics note two men and their journey of self discovery. This not only references the relationship between Walter and Bell, but also serves as another way for the series to connect with earlier story arcs.

In line with their own lack of tonal knowledge, the Observers all speak with no emotion or vocal variance. This monotone sound serves to further the overall visage of the invaders. When even hints of human emotions flicker within, their voices do not falter. Their droll delivery of cold, often morbid, statements cements their total divergence from humanity. A terrifying quality in an enemy.

Extras
Fringe Season 5 contains a few choice extras to bring your viewing experience to a close. The release contains two deleted scenes, dubbed Dissected Files, from two different episodes, though they don’t add too much to the story of either. Executive Producer J.H. Wyman and Editor Jon Dudkowski provide commentary for the episode “Black Blotter” whilst the final episode “An Enemy of Fate” script can be viewed in digital form. The cast and crew also get the chance to relay their feelings via a special featurette titled “A Farewell to Fringe”, sharing stories from set and showcasing the final moments of “the little series that could”. Tears are also cried in the Fringe Season 5 2012 Comic-Con panel, in which the cast answer questions, make some poor word choices and express their love to their fans. Just in case you were feeling a little down after the series end and emotional extras, the  trademark Gag Reel is also included. So feel free to laugh one more time before saying goodbye to Fringe…you know, until you watch it again. 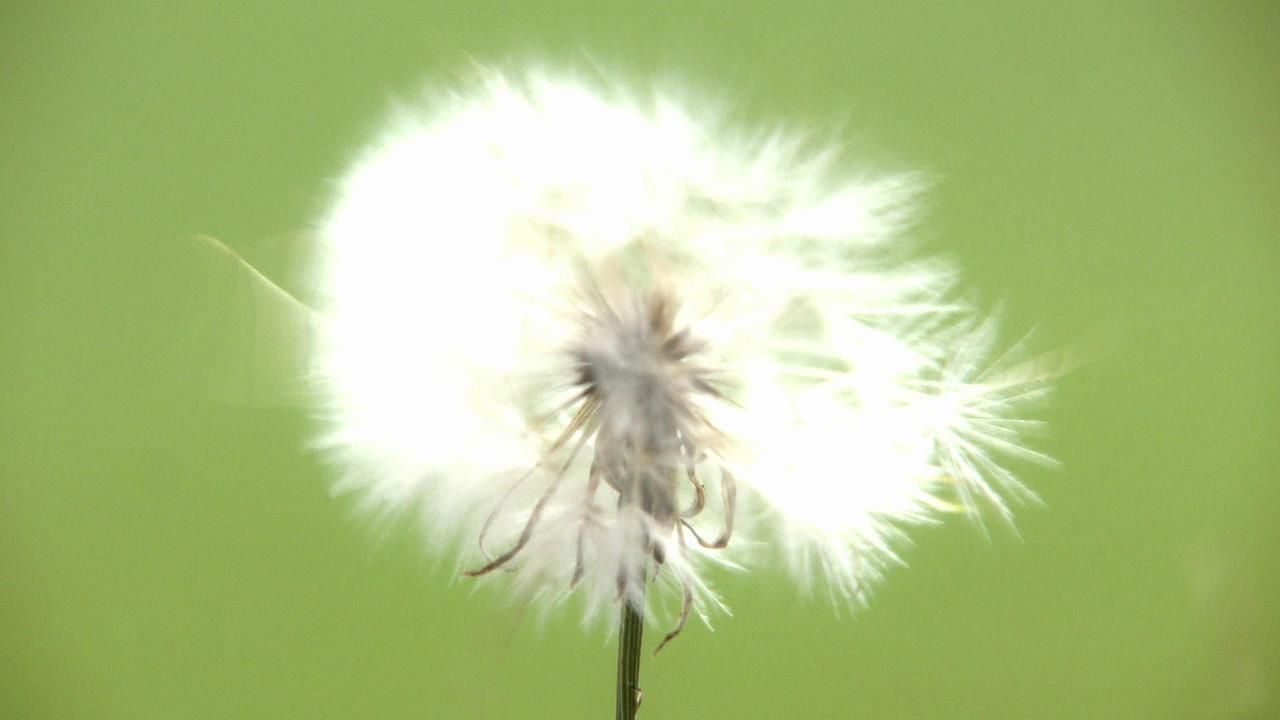 Overall
The grand finale of Fringe saw the conclusion of a number of plot threads. The Observers, the timelines, Peter, Olivia, Walter. All received a form of resolution, bringing their own personal arcs to a close. Though not everything was answered, not too hard to believe considering the multi timeline nature of the series, the series doesn’t feel unfinished. That being said, the final episode did seem a little fast paced compared to the rest of the season. Though this made for an action packed finale, it also made events seem as if they were glossed over somewhat. Certain moments could have used just a tad more attention to really express the impact they had not only emotionally but on the story itself. In the end, Fringe wraps itself up in a nice little multi dimensional bow and teaches us the meaning behind every action that ever truly meant anything: Love. It might sound a little sappy, especially coming from a science fiction series, but that doesn’t make it any less true.