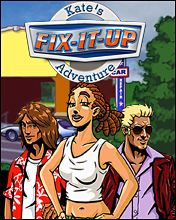 Kate’s Adventure is a casual game published by G5 Entertainment. It follows in the wake of the ever popular Time Management genre with titles like Farmville storming the internet and gobbling up players time around the world. 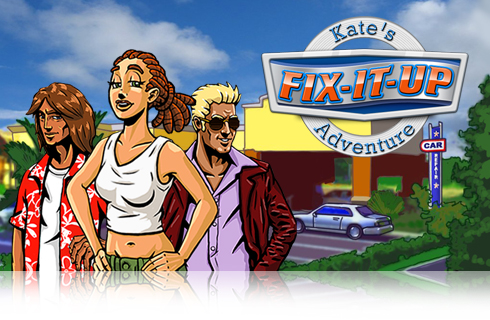 Fix-it-up: Kate’s Adventure was originally developed for the PC by World-Loom, along with a in-browser flash demo, but has now been remade for the iPhone, iPod Touch and iPad by G5 Entertainment. Having tried out the flash demo, I could see how the iPhone version could be very compelling.

The gameplay involves buying cars, fixing painting tuning engine-replacing and waxing it to perfection, and then selling or renting them to bring in the dough. You need to keep track of how much rent you’re bringing in, as well as your stock of spare parts, which are required for pretty much everything. You also have to make one-off payments to employ more workers, which are in turn required to do things with the cars, and so can hold you up if you don’t have enough people on staff.

The basic controls consist of dragging cars to and from parking spots to the different buildings. Once you have hold of a car, it pops up above your finger, and then you drag and drop it on a building to begin work. However, because it’s actually above your finger, there’s a bit of a learning curve to it. Instead of dragging car-to-building, you need to drag car-to-below-building, instead. It isn’t much, but it does take some getting used to, and just means you’re unable to do things quite as quickly. 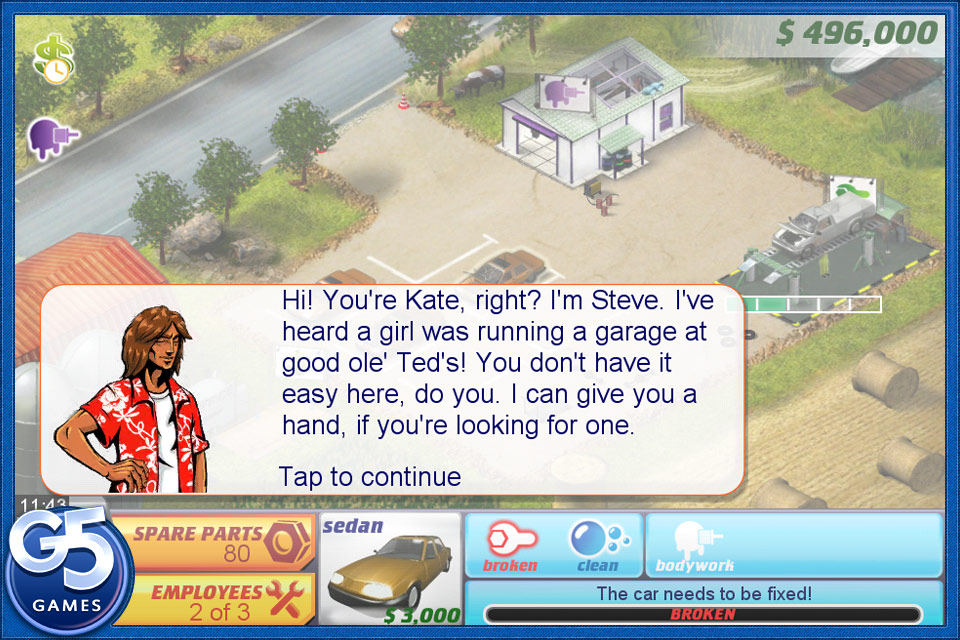 The game gives you missions related to the plot progression, which keep things interesting and gives you some good challenges throughout the game. One thing to be aware of, though, is when it says “$x,xxx RENT” it means you have to be earning that much using your parked cars. They earn rent every so often, and this cumulative amount needs to reach that amount.

Once you achieve a goal, it disappears from the list on-screen, but you need to bear in mind that they are still active. If you build up your rentals, and complete the mission, but then sell them all, you’ll have to re-do that mission.

Because there’s so much stuff they had to cram onto the screen, it all seems a little too small for comfort. Each car is displayed slightly differently depending on it’s state (if it’s clean or dirty, fixed or broken, etc.), but as they are so small, it’s difficult to figure out which cars need what doing to them. And so you end up continuously tapping on each of them, glancing down at the details of the car at the bottom of the screen, which shows a greyed out icon for something yet to be done, which lights up once it is. 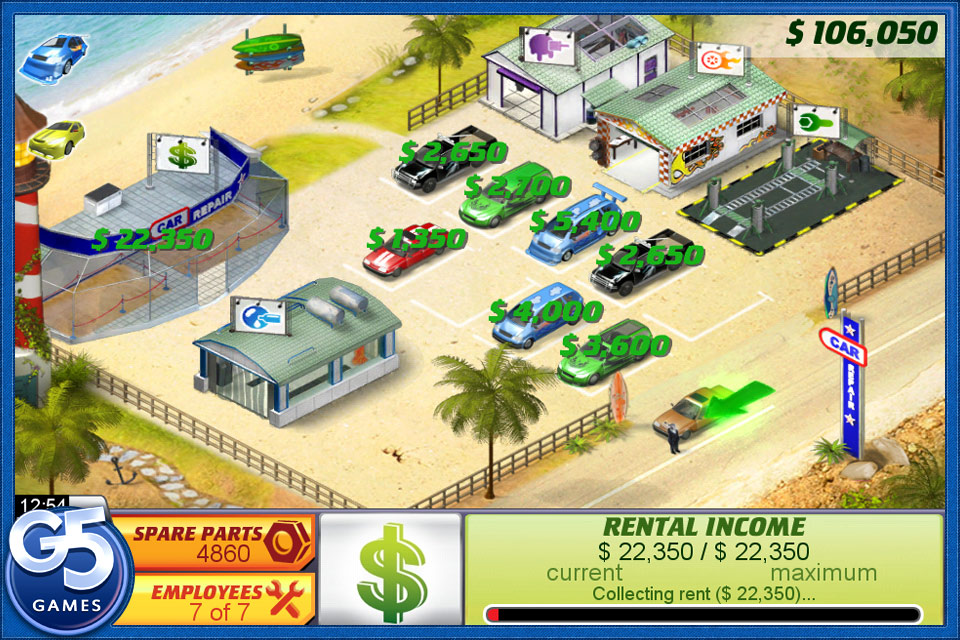 The plot makes sense in general. People helping you find a new shop to do up and make profitable, or giving you specialized business from time to time. In between each new stage, when you’re moving to a new place, you are presented with a cut scene in the form of a 2D comic. Unfortunately you’ll need to manually zoom in and pan the image around to read all the dialogue, which is a little awkward.

The writing also could use a little work. At times there are little grammatical errors, but at other times there are sentences that just plain don’t make sense. An unfortunate problem which stops the flow of the otherwise kinda-sorta engaging plot.

All-in-all, the game could use some polish. The core gameplay works well, and pushed the right buttons for a casual game of the Time Management genre. But the cumulative effect of the issues peppered throughout make this game difficult to get into, and some players may find themselves giving up after a few levels. That said, if you persevere with it, and push through it’s issues, this game does have a few hours of engaging gameplay to offer.

The game is scheduled for release on iPhone 22 September 2011.