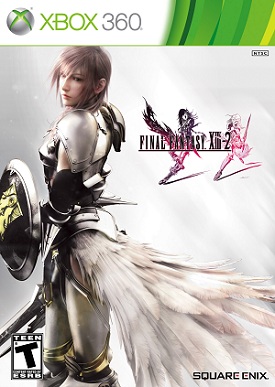 Overview:
Final Fantasy XIII was a game that was met with derision amongst the gaming community as a whole. However while some people may have thought that the original game was terrible, this reviewer never thought that it deserved some of the hatred that was thrown its way.

Still… FFXIII did suffer from a number of problems that fans grew to hate, and one of these issues was the linear path that gamers were forced down for nearly the whole game before finally opening itself up near the end. While this was great for those who loved the storyline, others grew to hate the title thanks to the lack of exploration and straight-line paths.

When it was announced that Final Fantasy XIII would in-fact be getting the second ever direct sequel in the Final Fantasy franchise, many fans were worried that Square Enix would repeat the same mistakes, however mistakes made in the past can be corrected in the future. Is Square Enix’s Final Fantasy XIII-2 everything an RPG fan would want or have the past issues returned again in this installment?

Story:
In a complete flip from the last title, Final Fantasy XIII-2 sees players taking the role of Serah, the younger sister of Lightning. While in FFXIII Lightning was focused solely on saving her younger sister Serah, this time around players will be on the search for Lightning as they play as Serah. 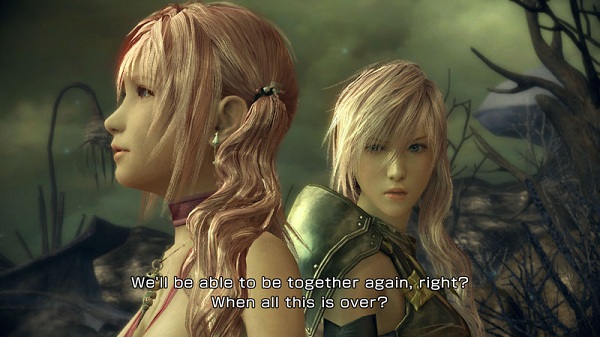 Final Fantasy XIII-2 picks up a couple of years after the events of FFXIII and the fall of Cocoon. However not everything is as we may remember, in fact Serah herself seems to be the only one who remembers the exact events of the last game. Lightning is believed to be dead and gone; however Serah dreams that her sister is still alive and battling against an unknown warrior for the fate of the world. In the midst of this battle a young man falls from the skies and her sister sets him on a task.

This man is named Noel and he is a time traveler from seven hundred years in the future where he is the very last human born and perhaps one of the last humans in the entire world. Lightning has tasked this mysterious time traveler to find Serah and help her save the future. Someone or something has changed history and thrown the entire timeline of the universe out of control, causing multiple paradoxes all across the timeline and distorting reality. Serah and Noel must now travel together to fix these paradoxes and try to change the bleak future all while trying to save Lightning.

A direct sequel to a highly developed game focusing on a time traveling storyline could potentially cause disaster. Many fans could easily be worried that Square Enix would simply re-use old environments from the past title and copy and paste entire segments of FFXIII into the sequel and treat it like traveling through the past. However gamers can throw that concern into the past because Final Fantasy XIII-2’s time traveling storyline works amazingly well. 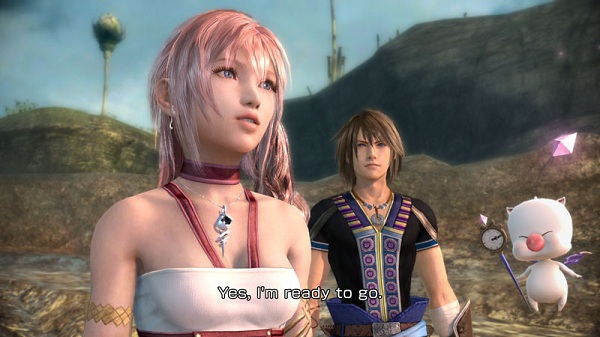 There are a few areas that are revisited, but you will be hard pressed to find anything that appears similar to what was shown in Final Fantasy XIII here. In fact players will spend most of their time traveling to new locations in the future, sometimes hundreds of years in the future. Rather than trying to play off nostalgia from the last game, the game creates an enjoyable atmosphere where players will be eager to see where they will be jumping to next in the timeline.

Every time the player selects a new gate to travel through, they will be given a brief summary of what they can expect to see in that area which only heightens the anticipation as familiar characters names are mentioned. Being able to jump in to the future and see how certain memorable characters have changed over the years is just as much as a joy of seeing the world shifts in multiple ways.

Perhaps the biggest question on everyone’s minds however is how linear is Final Fantasy XIII-2? Now the answer isn’t as simple as yes or no. There is much to do in the world of FFXIII-2 and plenty to see. Players are still kept on a bit of a guiding path however they can branch out as much as they want, even returning to past areas and changing what they do there. So linear this game is not. In fact, those who explore the world and do various side objectives and side stories will benefit the most out of the story. 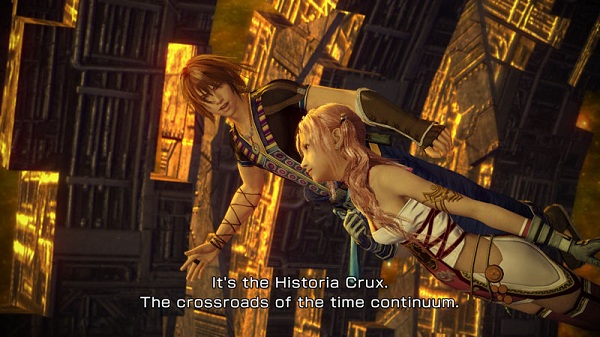 While initially this was one of my personal concerns about the series, the focus of only having Serah and Noel as the protagonists for the series has done wonders for the way the characters are fleshed out in this game. Final Fantasy has always been a story driven franchise and the amount of character development we see for Serah and Noel is amazing. On the other hand, everyone who is not part of the main cast is simply left to drift along the timeline with very little character development or even any backstory. Old friends Snow and Hope will be mentioned occasionally and even met with but see barely any emotional connection. In fact, the time traveling saleswoman Chocolina seems to receive more characterization than they do.

While the time traveling theme of Final Fantasy XIII-2 is well told, there still are a few parts that are simply nonsensical and can be very confusing at times. One of the things that have been improved over the last game is the dialogue in the title. Most of the dialogue between the characters is enjoyable and full of emotion, also there are now Live Trigger events tossed in occasionally that allow the player to choose a specific question to ask that can help steer a conversation a certain way. 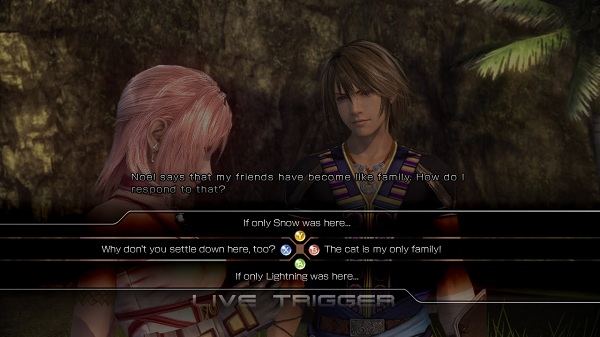 Now while it should be obvious considering this title is a sequel to Final Fantasy XIII, but the game’s storyline is unfriendly to those who have not played the first game. There are plenty of flashbacks thrown in to help explain some details but much of the information is simply glossed over. As such, new players will still find an enjoyable story here but will be confused by a few phrases and terms that are tossed around quite often but never focused on. New players should not be put off by this however and returning fans of the series will find a decent, albeit occasionally convoluted story with two impressive main characters with a wide range of emotions.

Visuals:
While plenty of people had a lot of negative things to say about Final Fantasy XIII, there was one thing that was universally true about the title and that was that it was a beautiful game with amazing graphical design and cutscenes. As such one can expect an even higher level of quality from XIII-2, with every cutscene presented with magnificent quality. Square Enix’s developing team has paid an immense amount of attention to detail, so much so in fact that the character and their environments feel real at times. 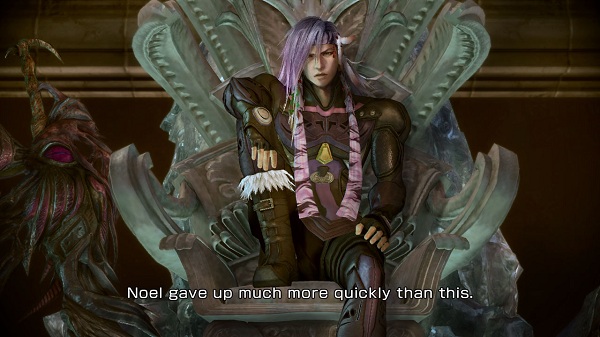 Now while a number of new monsters have been included in Final Fantasy XIII-2 there are a number of monsters that returning players will recognize from the previous game as they have simply been given a minor upgrade in appearance and transferred over to this title. However this asset recycling is barely noticeable compared to the game’s beautiful and imaginative environments. All of this creates a visual masterpiece full of every color in the spectrum.