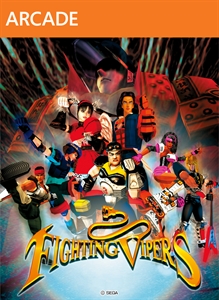 If you were a gamer during the 90s, then you’ll remember just how big a deal the Sega Model 2 arcade system board was, and this was a time where arcade technology was leaps and bounds ahead of home consoles. It wasn’t until the arrival of the Sega Dreamcast and beyond that consoles were able to match, if not surpass, arcade hardware.

Model 2 produced some amazing 3D graphics at the time with games like Daytona USA, Virtua Fighter 2, Virtual-On, Dead or Alive, and several other arcade classics.  Unfortunately for Sega, they could only offer the Sega Saturn as the sole platform for home conversions. Some of these conversions were very commendable as they successfully replicated the blissful experience, but from a graphical and technical standpoint, these Saturn ports were glaringly lacking. However, recently Sega has been re-releasing their Model 2 classics in HD, and joining this digital line-up now are three fighting games that were developed by Sega AM2, they are Fighting Vipers, Virtua Fighter 2, and Sonic the Fighters (all released on the same day no less). For this review, Fighting Vipers is being placed under the reviewer lens. 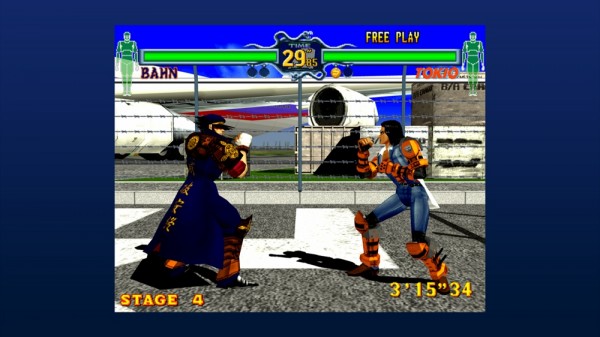 Now Fighting Vipers comes from an era where Sega AM2 was at their creative high, viewed as one of the biggest and most successful developers in the industry. In fact, they were the studio that pretty much defined Sega during the late 90s. At the same time, Fighting Vipers also represents the golden age of 3D fighting games, a time where the genre was still very fresh and exciting, and numerous developers were trying all sorts of new ideas with IPs like Tekken, Dead or Alive, Soul Edge, Bloody Roar, and Virtua Fighter. With games like Fighting Vipers and many others, Sega AM2 became one of the leading pioneers of 3D fighting games.

Fighting Vipers was a popular release back then, and it certainly introduced many concepts that can still be experienced in modern 3D fighting games today. The last time gamers outside Japan were able to play this game at home was the highly enjoyable Sega Saturn port. Now in 2012, gamers finally get the arcade perfect experience at home with an added network mode.

The HD conversion of Fighting Vipers looks crisp and pristine, and performs perfectly. This is probably the best it’s ever looked, easily surpassing the arcade version. Now for a long time fighting games were used to showcase the technical prowess of a new technology and console, and that probably holds true today with graphical stunners like Soul Calibur V, Tekken Tag Tournament 2, and Dead or Alive 5. Granted, Fighting Vipers obviously looks dated now, but as a game that was pushing its technology, it actually has reasonably good visual appeal. The character models are big with some cool costume/armour detail and solid motion captured animation. The colour and lighting is bright and vibrant, and there’s just something charming about old school 3D graphics. It really looks like a game that would have been right at home on the Sega Dreamcast rather than the Sega Saturn, and that’s probably the best compliment I can give to the graphics. 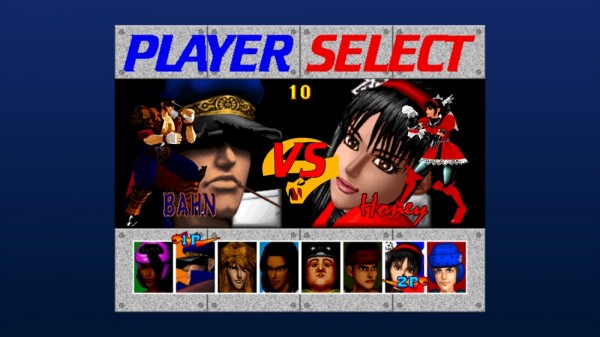 Aesthetically and artistically, this is a quite the stylish looking game, with edgy character designs clearly influenced by the rock, punk, and grunge culture of the 90s. The character designs may look rather silly now, but believe me this was hip and cool back in the 90s!  There are some nice characters here, and the one that’s probably remained popular over the years is Candy (a.k.a Honey), who became one of the more popular and recognised female characters at the time.

Musically the game isn’t really that special, the soundtrack has the same hard rock and arcade techno music that was featured in most Sega arcade games. It definitely tries to add to the ‘cool’ factor that the game tries so very hard to exhibit. The soundtrack nothing special, it’s actually quite forgettable but it does the job decently enough.

Fighting Vipers may appear to be Virtua Fighter with a different skin but that’s far from the truth, as mechanically it’s a much different experience. What Fighting Vipers did differently was feature closed arenas, allowing for things like wall combos, breaking down walls with a heavy attack, and even bouncing off of them. Now it was really one of the first fighting games to do this, and a lot of these ideas would soon be replicated by others. The closed arenas really spices up the traditional one on one combat, as it encourages players to corner their opponents, and the game even features a special grapple that pushes opponents to a wall (something that was much later utilised in Tekken 4). While closed arenas and wall interaction is not as refined as it is in modern fighting releases, it still laid the solid groundwork for subsequent ground-breaking fighters like Dead or Alive 2.

In terms of core fighting mechanics, it’s largely similar to Virtua Fighter in terms of control style but it’s still unique in execution. While Virtua Fighter is this very demanding and deep fighter, Fighting Vipers instead offers a relatively more user friendly and casual alternative. Pulling off the various moves, techniques, and combos is never too difficult, and so new comers can jump right in and have some fun pulling off some fancy looking moves. That said there is still enough depth here for more dedicated players as this game punishes for haphazard and sloppy execution. It also has one really simple, but effective technique, that being air recoveries. This is a technique common in 2D fighting games, but one that works out really well in Fighting Vipers, allowing players to escape air juggle traps. 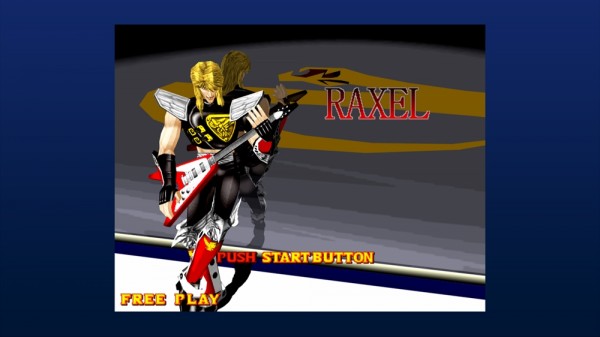 Finally, the game has another cool gimmick, and that being armour damage. Each character in the game comes equipped with a stylishly edgy looking armour and clothing, but you can inflict damage and break this armour, and doing so will expose your opponent to more damage. Losing your armour really puts you at a disadvantage, and if you lose it in the first round of a match, then you won’t get it back in subsequent rounds. It’s a nicely executed idea, one that we wouldn’t see again until very recent Soul Calibur entries.

The character cast is small, with some heavily based on Virtua Fighter veterans, but they each offer something different. There’s plenty of variety and moves in the outlandishly unique and creative fighting styles featured in the game. At times it feels like a weapons-based fighting game, with some characters bringing in weapons like guitars and skateboards. There is no character balance or fine tuning here, this is pretty much a very messy, but charmingly quirky, fighting game that’s meant to be played for fun and not at some serious tournament level. Bouts in this game are fast and frantic, but always very enjoyable. 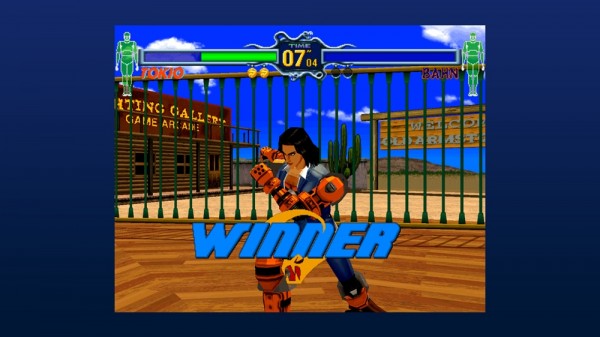 What you get in this digital release is the original arcade game with a nice HD coat of paint. It is arcade perfect, to the extent that it pretty much only offers the original arcade mode and nothing else. It’s both jarring and disappointing that they couldn’t squeeze in a training/practice mode in this. There are a couple of variations of the arcade mode that you can unlock, which are pretty much explained in the game’s achievements list but they’re nothing noteworthy. What is noteworthy however is obviously the online mode, which from my experience, is very well executed and enjoyable. The net-code performance is solid, with some very minor lag and stoppages when there is a bad connection, but nothing particularly concerning. Considering the price point, this is a very superb online mode. So far I’ve had no difficulty finding opponents, and most of them seem to be from Japan at this stage.

For just $5, this HD port of Fighting Vipers is a pretty nice deal for fighting fans. You get the original arcade game looking and performing better than ever, and while there is a glaring lack of essential single player modes (especially a training/practice mode), it’s still a nice package that features a very well-functioning online mode, which is what matters the most.

For such a cheap price-point, you get to experience a fun, creative, and unique fighting game that represents some of the best work of Sega AM2 when they were in their prime. All things considered the game has aged reasonably well, and while certain aspects of it may feel dated, you can’t help but appreciate the fact that this game features ideas that are still being introduced into 3D fighting games as innovations. Breaking your opponent’s armour as a strategic element in Soul Calibur V? Interacting with arena walls in Dead or Alive 5? Fighting Vipers pulled these ideas off first, and profoundly so.