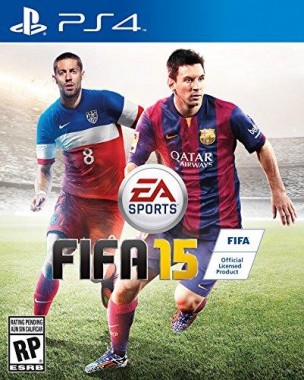 Overview
FIFA is no stranger to next gen, as last year – we seen a decent port hit the Xbox One and PlayStation 4. Sure, it played well, but still felt like a port, trying to deliver something new on something old. Well, FIFA 15 is here to change that. With a good deal of upgrades and an improved Ultimate Team mode, this soccer (or football for you a bit further east) title is here to bring the genre all the way into the next gen.  EA still have competition however with PES still on the market, and in order to stake their claim – they had to pull out all of the stops. Does FIFA 15 dribble by with a score, or is it just not ready for primetime? Let’s find out. 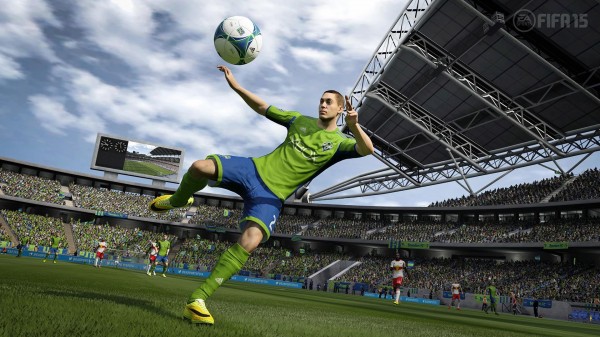 Gameplay
I want to jump in and say “Wow! This FIFA feels like a whole new game”. Well, that really cannot be said for the yearly franchise, as while there are quite a few stability tweaks, the on-field experience still feels and controls relatively the same. That said, this new installment does bring a very authentic flare with it, and may be the most realistic title to date. On top of the realism comes a bit more accessibility. I have never personally been the most in tuned with FIFA, even though I have played a good number of the now 21 installments. FIFA 15 however just feels as if it is far easier to pick up and play. The control scheme is simple, the variety of maneuvers for both offense and defense are solid, and it is now easier than ever to jump right into a match and gain control rather quickly with the right tactics. Its as if EA applied just a bit more polish this time around. Sure, the game didn’t need to much more considering not much has changed, but a bit smoother gameplay is never a bad thing. 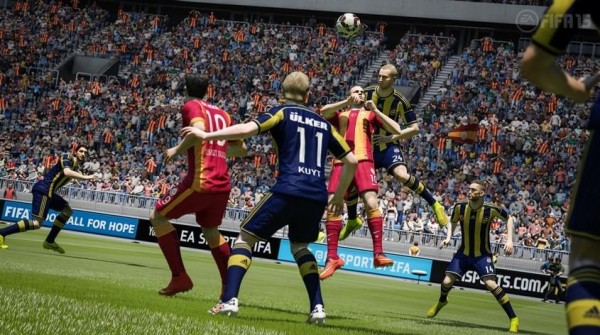 As far as modes go, career mode leads the pack of the non-online fare, allowing players to manage teams and play their way to the top. Yet again, not much has changed here, but there are a few tweaks such as shorter retirement times that allow the player to stay in the game longer. Players can also participate in matches consecutively with Pro Seasons, which allows animation editing (its a bit less exciting than it actually sounds), as well as your typical sharing options that are a bit forced and probably will not appeal to those who are playing a system outside of the Xbox One and Playstation 4. Oddly enough, I spent a good portion of my time in Skill Games Mode. Think of this as a way to sharpen your passing, dribbling, and other skills, but with some fun, score attack style arcade games. As polished as the gameplay is, this little mode quickly becomes addictive as you slam balls into goals for fun, trying to rank up scores in a set amount of time. 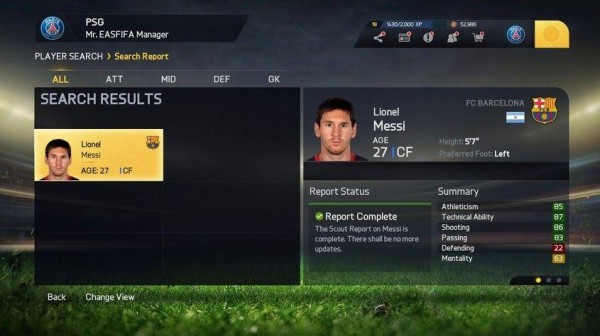 FIFA Ultimate Team seems to be the crown jewel of every installment, and EA tout this fact for good reason. Players can make challenges, play in seasons, and buy up more players with their currency in this mode, where constant upgrades can lead to the perfect squad. Its quite rewarding to build up your deck and watch your spoils become victorious, and those who cannot afford to get ahead can now loan players out through a new system, where one can then be signed – while the other lot head back to the catalog. While this is mode is great, it still is a bit disheartening to see the other modes not receive near the same attention, as EA still needs to learn that there are other markets out there aside from those who want to shell out real and digital currency for a game that already has a full price-tag. Don’t get me wrong, the game is a blast and still worth it, but why not make every mode a spectacle, rather than just side orders? 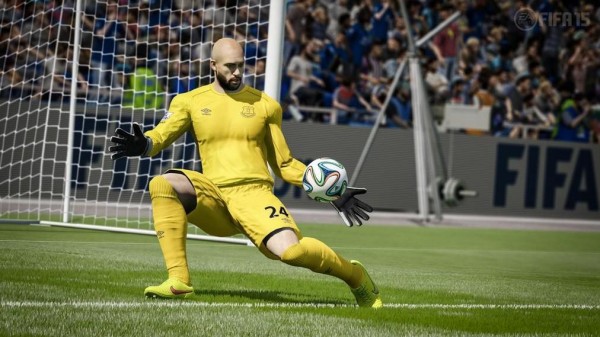 Sometimes, its easier to notice the details. The AI has been significantly improved with players now displaying an “emotional intelligence”. This means more than changes of moods, as players can literally confront others on the field depending on how the game as played, and seem to react often to fouls- adding even more realism. Goalkeepers are also smarter, and now perform with a lot more flexibility and acrobatics. I did have a few hiccups with the game while competing against opponents, but this one gripe that could be echoed with the same sentiments for the experience as a whole. As fun as one game can be, you still have to ask yourself when upgrading if enough has been done to consider the next year’s version. Gameplay wise, that is a bit hard to do. If you have FIFA 14 and want more polish and a couple of nice, yet filler features, sure – this is a great choice to make. If you are buying FIFA 15 strictly for a glossy, new feeling and are just a casual fan, then you might want to hold off. I am speaking about gameplay in specific here, but those who care less about visuals and more about gameplay may want to contemplate before making the jump.

Visuals
Now, we can discuss those visuals. Yes, as you would expect – FIFA 15 looks fantastic. Animations are fluid, the field looks phenomenal, and the players look eerily realistic. FIFA has never been the series to stand out visually while the player has their eyes on the full field, but if you look for those details, you’re bound to find more than ever before. Replays recapture the action close up to perfection, while weather effects the very grass you step on, with the dew off the grass leaving an imprint upon every step. The animations of simple actions such as tripping and tackles look much better than the last installment as well, as it all happens in one fluid motion, rather than a clumsy plop. Faces have also been scanned in, and while I do think the hair is a bit less detailed in comparison to the actual features, these are the best looking models we have had to date in a modern sports title. 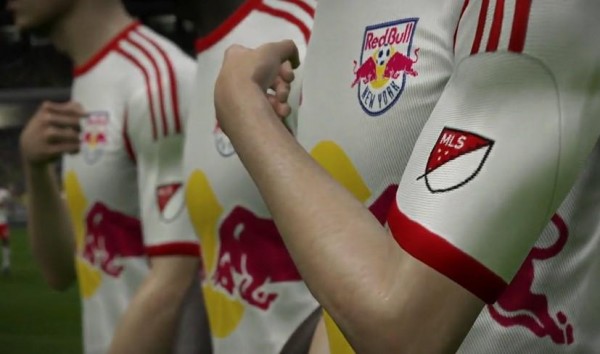 Audio
To be honest, the soundtrack is nothing to talk about. Its a good variety of tunes from semi-popular musicians, and nothing that truly stands out than anything more than background sounds for menus. The commentary is where it is at in FIFA 15. Martin Tyler and Alan Smith recite their lines with passion and accuracy, creating a feel that you’re watching the real product at home. The crowd also sings, chants, and rides on the momentum of your (or the opponent’s) team, and that extra boost can definitely assist in adding another layer of intensity during a close game.

Overall
FIFA 15 really doesn’t need to be special to be sold. EA promises an upgrade every year, and yet again delivers with another fantastic installment. There is always going to be a debate about staleness, as eventually – playing the same game for so many years (no matter how much the visuals have improved) will make a generation look elsewhere for their entertainment. With that said however, you can’t deny the quality the newest version has, as there is a lot to come back for this time around that will keep you busy until FIFA 16 rolls out the next fall. Those who are not soccer fans and looking for a fun game to test out those barren next-gen consoles should know that FIFA has a lot more to offer than kicks, and the die-hards will be pleased to know that FIFA 15 has everything they expect – which is a straight kick right in the net for the familiar yet still welcome franchise.