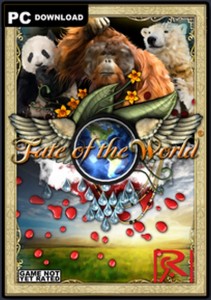 Pre order the game and get the beta at www.fateoftheworld.net

Fate of the World is a dramatic global strategy game that puts all our futures in your hands. The game features a dramatic set of scenarios based on the latest science covering the next 200 years. You must manage a balancing act of protecting the Earth’s resources and climate versus the needs of an ever-growing world population, who are demanding ever more food, power, and living space. Will you help the whole planet or will you be an agent of destruction?

This is the ultimate game of the consequences type gameplay Mass Effect and Fable games are famous for. It may seem boring to some without the big booms and guns of today’s most famous games, but it does have a touch of fun factor to it that brings you back to the game to play more.

When I first jumped in the game I did not know how to play and I could not figure out either. I roughed it out though and soon got the hang of it. You need to send your agents to different countries. After you do that you can track the progress of emissons, natural disasters, and other things out to destroy the world and take it right from your hands. As president of the world it is your job to make sure it doesn’t fall to pieces.

For each scenario, the game gives you a budget to run with. Scenarios are things like “Oil crisis or “Global warming”. You have to deal with trying to save the world and meeting the peoples wants and needs. The game gives you some decisions on how to do this. You can jump ahead a few weeks and world events are now steam rolling toward the end of the world. It is not just choose this option to be good or choose that option to be bad. For example if a big oil company is harvesting oil from the atlantic ocean but thier way of harvesting is not very clean you have a few decisions. Shut down the plant but neighboring countries could have thier economy fall hard. Let it be and have the whale population fall into low numbers. Step in yourself and tell them to clean up their process or face impending shut down, which could get many people with money very angry and start to make your ratings fall. When world events come up it is quite unique. CNN news  may do a special on what happened. An event may come up on a local newspaper. You never know what type of new form of news can come up.

There is about 10 to 15 countries you are keeping track of. Ranging from USA to India. All of them have environmental issues according to the country. For example Africa probably will not have the factory smog USA has, but USA does not have the abundant wildlife and plantlife. The game uses cards as your main way to make decisions and affecting the world.  While it may be different and appealing to the eye, it can be confusing or hard to read at times. This may be my PC but a better interface could be utilized.

Everything you do has a consequence that you have to figure out if you can live with or not. You may not think one decision will come back to you, but it can have dire effects. I just wish the game was explained a little more as I was confused quite a bit at the begining. 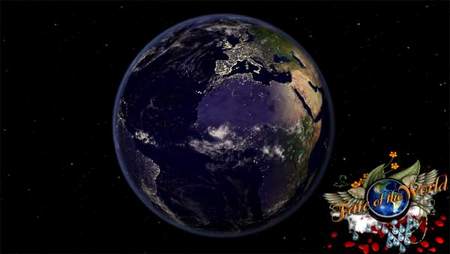 Fate of the World puts you in the presidents shoes as you try to prevent the world from falling apart or speed up the process. President Blue decided to have some fun and speed up the process.  My agents were kicked from every country and the world did not look too pretty. If only Red Redemption improved on the interface and explained what you needed to do in order to be president it would be much better. It was also quite buggy and crashed on me a few times  (this will hopefully be resolved once the retail version is released).  As this review is focused on the beta version of the game, crashes should be fixed and an in game tutorial should hopefully be added – ensuring that everyone purchasing this title will know exactly what to do once they fire up the game and sit in the power seat.   Running the world isn’t an easy job and you’ll need all the help you can get to make sure you can make those right or wrong descisions for the benefit of all mankind or just yourself and the greedy billionairs stuffing your bank account with cold hard cash.

Fate of the World Beta gets