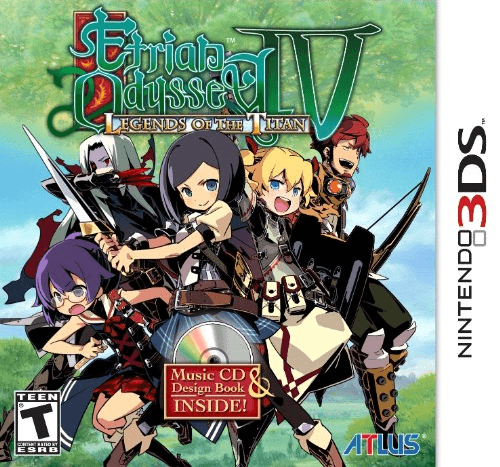 Overview:
Over the last few years, many RPGs have tried different things to remain relevant and break into the mainstream. There have been titles that have created linear gameplay focused on story, various games using open-world combat and plenty of action RPGs. However few titles try to provide the classic feeling that RPGs of times past used to provide. One such series that does however is Etrian Odyssey and now that Atlus USA has released Etrian Odyssey IV: Legends of the Titan onto the 3DS, is this first-person dungeon crawler worth your time?

Story:
Those entering the world of Etrian Odyssey IV expecting an enthralling storyline may find themselves rather disappointed at first and that is because rather than focus on storytelling, EOIV offers gameplay instead. In fact, while there is a story to be had, it pretty much serves as a framing device for the game itself.

Players take control of a group of explorers who form a guild in the city of Tharsis. They are tasked with exploring and trying to discover the various mysteries surrounding the Yggdrasil tree. As mentioned earlier, this is pretty much used for set-up only but the story does offer a little progression here and there whenever the player returns to town or reaches a certain spot in a specific dungeon. 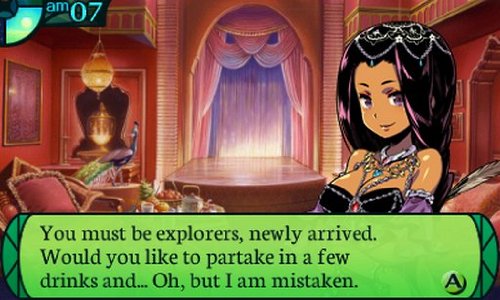 It is also worth noting that while players do have a five-player party at their disposal, the party members can be seen as merely tools. This is due to the fact that outside of their character portrait, there is zero emotion displayed by the party and the only actual characters you’ll meet up with are NPCs or first-person observations from the player character’s perspective.

While players can certainly create a story of their own in their head or simply enjoy the dungeon crawling aspect, those looking for a complex story will find themselves disappointed, even when more story developments start to occur much later in the game.

Visuals:
Being the first Etrian Odyssey title on the 3DS, EOIV makes impressive use of the handheld’s presentation capabilities. EOIV may be one of the most vibrant looking games on the handheld in practically every regard. The towns and character art is gorgeous and whenever the player enters into battle all of the enemies are presented with impressively handled 3D monsters. 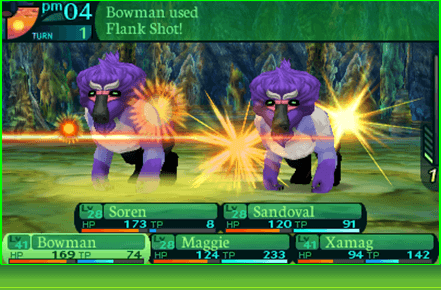 Being a first-person dungeon crawler, players will be spending a lot of time walking through various corridors and while the 3DS does make these corridors stunning to experience, the novelty does wear thin once players have ventured through numerous dungeons that have been laid out differently but all have the same aesthetic and same walls they’ve seen a hundred times before.

Since this is a 3DS title, it is worth noting that Etrian Odyssey IV does make impressive use of the handheld’s 3D capabilities. With the 3D turned on, the tiered combat system looks better than ever and the 3D monster models have some great pop to them. However I found that having the slider turned up higher than halfway had a detrimental effect to the combat as it added too much depth and made following tense combat difficult, meaning the 3D is best used moderately if at all.

Audio:
It is interesting to note that Etrian Odyssey IV is not voiced in any way, but the series does make up for this lack of voice work with an impressive soundtrack. There is a very good reason that the launch copies of EOIV included the game’s soundtrack, and that reason is that it is marvelous.  Not only are there numerous background tracks to enjoy , and change often as the player switches from area to area, but each one is an orchestral treat for the ears and anyone playing the title with their 3DS’ sound turned down is missing out.

Gameplay:
Since Etrian Odyssey IV is a first person dungeon crawler, organizing the best party for your playstyle is essential. Players are able to create a party of five units, though a sixth guest character may join occasionally, and EOIV offers numerous ways to customize your party thanks to the diversity of the available classes. There are seven classes to start with, though more can be unlocked later, that allow you to bring any type of units in to battle. 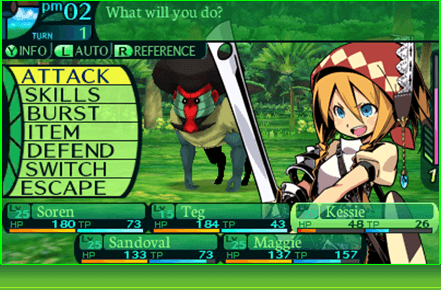 EOIV seems to have found a nice balance with their classes making sure that each has a use, whether it be a basic healer or archer, or a dancer capable of boosting stats and healing, or even a guardian to act as a tank for the party. While you can try to create a balanced party including your basic classes, you can even bring numerous fighters of the same class in. This means if you felt like it, you could bring five Nightseekers into combat with you, which would certainly limit your capabilities but depending on the mission it may be required. Players are able to create dozens of characters and can freely change their party at Tharsis City if their configuration isn’t working for that specific mission.

Once you have organized your party, you can venture out into the world of EOIV either by accepting quests from the Count or simply exploring freely, which is actually a first for the series. Exploration of the world map is handled via an airship which you can freely control. From the airship you can find new dungeons to explore, gather resources and find items and battle various monsters and even giant devastating creatures. 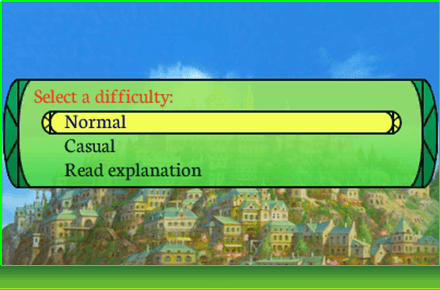 Now there is another new addition to Etrian Odyssey IV which not only makes the game more accessible to newcomers and gives veterans a bit of breathing room. This is the Casual Mode. Casual Mode gives players some easier basic battles, but bosses and FOEs seem to be just as difficult as normal, however you will not have to worry about dying so much because rather than immediately ending your game and requiring a reload of your previous save, you will instead re-spawn back in town. If for whatever reason you feel like you may need help from Casual mode or want to step up your game a bit, this mode is changeable anytime outside of battle.

Once you’ve determined your level of difficulty, you are ready to venture into the uncharted lands and dungeons of EOIV. When I say uncharted, it literally is uncharted. Players are not given a pre-made map or even an outline of the area whenever they enter a dungeon, instead they must map out the dungeon themselves with the bottom touch screen. The mapping function is very intricate and has a number of icons, hints, markers and more to let you know where everything is in the game. 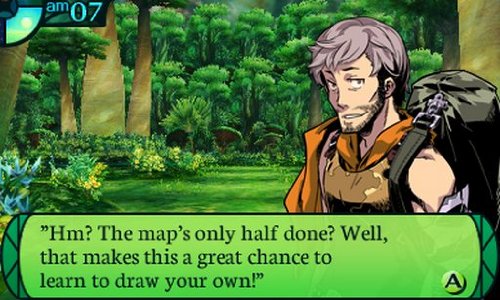 This can be very tedious at times; however it is almost essential that you map nearly everything you come across, especially when you consider how samey looking all the game’s corridors are. While some dungeons can be simple, and the paths you walk are filled in automatically, you will need to add everything, including walls, yourself. Being able to mark down every doorway, mining point and even tracking visible monster patterns makes the map an essential tool. This means gamers can plan out their entire adventure beforehand if they so feel like, and with the amount of options provided, barely anything is off limits.

Outside of the mapping, players will be spending the rest of their time in combat as they battle against random monster encounters and any dangerous bosses you happen to come across. These bosses are called FOEs and they are presented on-map via color-coded arrows that show how much stronger than you they are. You can usually avoid these creatures as necessary thanks to the turn based walking system, but players may still be caught off guard at times. 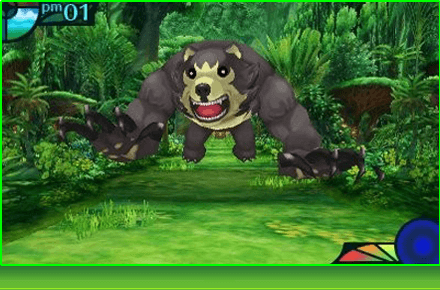 Whenever the player does find themselves in combat, they will fight against enemies in a first-person turn-based battle. The combat system isn’t too special on the surface, as players will fight in two-row combat with magic attacks, skills, basic attacks and using items. However beyond that, the developers have added Burst skills which allow players to use special spells inside of battle such as raising your party’s stats or casting highly damaging spells to swing combat in your favor.

Besides fighting FOEs and bosses, players will battle against normal enemies quite often as well. The random encounter meter is displayed via a color changing circle on the bottom right of the top-screen. The random encounters happen quite often but this is for the best thanks to the fact that players have a lot of grinding to do to make it past some of the tougher enemies. In fact, grinding is practically essential at times as there are rather significant difficulty spikes throughout the game.

Combat also heavily rests upon your party’s skills and how well you’ve developed them. While each class is varied enough to be a viable member of the team, they can be modified further by expanding various skill trees to focus on various elements or attacks. For example, Nightseekers can be built around status effects and doing more damage to enemies that are affected with various statuses or runeseekers can become masters of lightning before even learning basic fire spells. 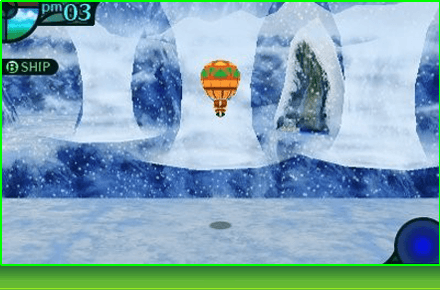 You will need to be very careful with your party however, as even on Casual smaller enemies can be quite deadly. EOIV does not pull any punches as far as difficulty is concerned and encountering a crushing defeat is almost a certainty as enemies will gladly team up on a single team member or one-hit a valuable fighter. Players often have to decide whether venturing deeper into a dungeon is worth their life, or making a tactical retreat to heal and restock items and return later. Again this is where the map system will save players tons of time as they retrace their steps and gather various items again.

Overall:
Etrian Odyssey IV: Legends of the Titan harkens back to the days of classic dungeon crawling RPGs where players not only have to plan every move they make but also risk dying with every battle they fight. While the game may be rather bare-bones as far as a storyline goes, the numerous adventures you make through the dungeons of EOIV allow you to immerse yourself in a world of your own. By making itself accessible to newcomers with Casual Mode, offering an amazing soundtrack and impressive visuals, Etrian Odyssey IV is a gem of a game that any RPG lover would regret passing up.