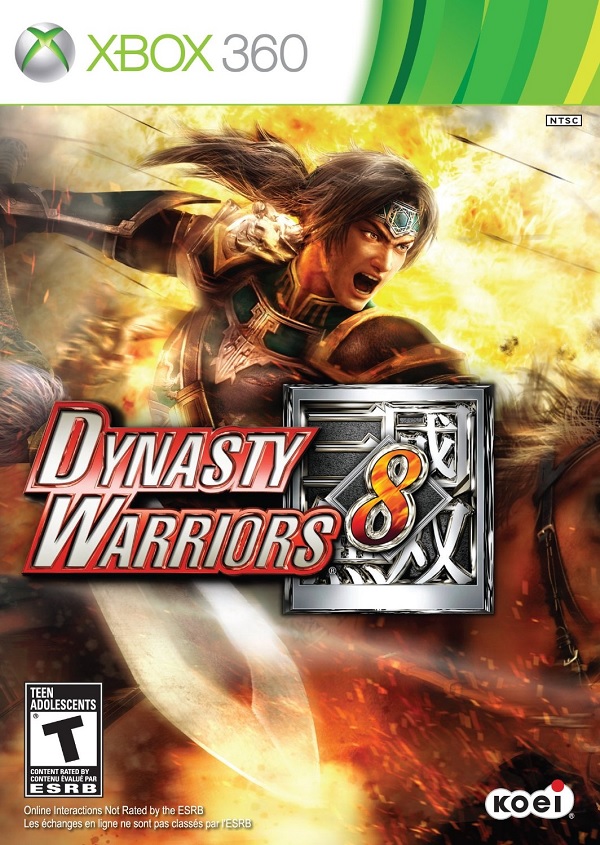 Story
The story of Dynasty Warriors 8 continues to adhere to The Romance of the Three Kingdoms and most of what is on display here is everything Dynasty Warriors fans have seen before. The story mode follows the campaigns of the kingdoms of Wei, Wu, Shu and most recently Jin, and a handful of single stages for some of the “Other” characters such as Lu Bu. 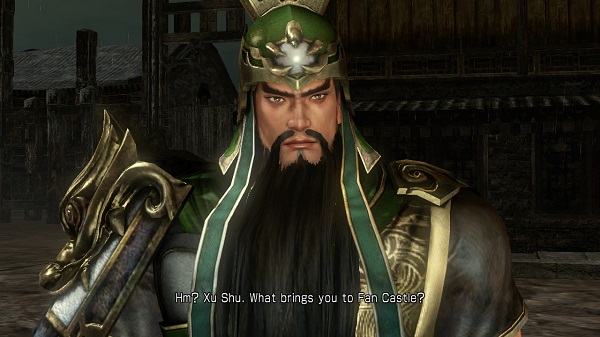 As the player advances through the story of each kingdom, they witness many of the events we’ve seen and heard of in past titles, but they have been reworked and introduced in a refreshing way that treads lightly on past events and gives players a new look at these events. Interestingly enough, players are also given opportunities to choose between three or four pre-set characters per stage, with the fight beginning right out of the cutscene at times, giving players some variation.

Besides the basic storylines for these four kingdoms, a few stages have secret objectives that can be completed and if all of them are completed, a special “What If” scenario unlocks in the campaign selection menu, allowing players to choose a different option from what history remembers. These “What If” scenarios can unlock anything from extra characters to a handful of new levels that expand the storyline even further and give players even more to unlock in this already massive game.

Gameplay
Dynasty Warriors 8 is still very much the same game that Dynasty Warriors 7 was, as it bases all of gameplay structure around the same features found in DW7, however it seems that rather worry about redesigning everything from the ground up, simply refining what they had and adding more too it was the route that was chosen, and it is certainly a step in the right direction. 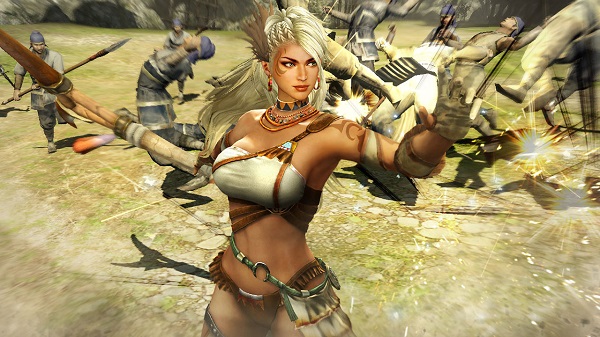 As anyone familiar with the Warriors series knows, players will enter the battlefield as a selected character and take on hundreds, even thousands, of nameless soldiers and numerous enemy officers and generals as they make their way through each stage. Players level up their character by simply defeating countless enemies, picking up EXP drops and more, with leveled characters simply being stronger than unleveled fighters.

Customization is a bit limited in Dynasty Warriors 8, but players can choose two weapons to take into battle and switch between them in mid-combo to deal extra damage. While it is certainly possible to enter battle with two unfamiliar weapons, characters do have preferred weaponry which adds attack bonuses and an ‘EX’ Weapon which the fighter’s default weapon type which usually features extra combo attacks and other bonuses.

However one thing that has been added to DW8 is the weapon Affinity system. Each weapon comes with either a Heaven, Man or Earth affinity and it is something of a rock paper scissors style system where certain elements are strong or weak against others. The game even warns players if they choose two weapons of the same affinity, as doing so can put the player at a disadvantage in combat for one major reason. 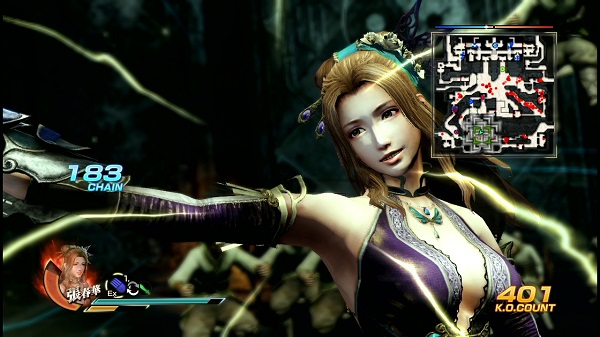 Facing off against an enemy wielding a Heaven weapon while using a Man weapon will place you at a distinct disadvantage, as shown by a warning sign of the enemy’s head. Why this is dangerous is because not only will your weapon not be able to stagger or break an opponent’s attacks, you deal less damage and receive more when hit. On the opposite side of the spectrum, facing off against an enemy wielding an Earth weapon while using a Man weapon for example, will display a blue icon over the enemy officer. When striking officers with blue icons, the blue icon will shrink in size as the player dishes out bonus damage and if that icon disappears, players enter a ‘Storm Rush’ mode which allows the player to unleash an unblockable flurry of attacks that can draw other enemies into their path, unleashing pure devastation to an area.

Also added into the combat system is a ‘Switch Combo’ that allows players to time their weapon switches with an opponent’s attack, allowing them to not only dodge the attack and issue a counter attack, but switch weapons as well, often accompanied with a temporary damage boost. Another nice touch added to the game is a “Rage” meter which fills as the player gives and receives damage. When this Rage meter is full, the player can temporarily become faster, stronger and practically impossible to damage as well as unleash a special “Musou” attack. 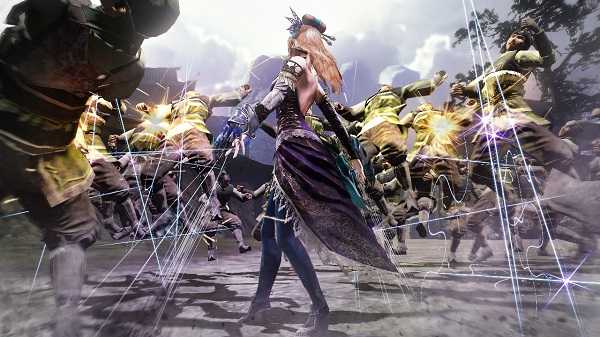 As mentioned, Musou attacks return and as the player’s chosen fighters level up, three Musou attacks can be unlocked, allowing a basic ground Musou, a mid-air Musou and a special Musou move that requires the pressing of two buttons at once. Another nice touch to the game is the fact that horses or other mounts can be automatically mounted if the player holds down the trigger when calling for them, allowing the player to mount while on the run and not break stride the entire time.

While a minor detail, these numerous gameplay additions have made the already impressive gameplay that accompanied DW7 all the better. These additions not only offer something new and more streamlined for fans of the series, but a better experience for newcomers as well. Of course the fact that nearly every aspect of DW8 is playable in local co-op or online with others.

Outside of the combat itself, a number of new characters have been included in the game for each of the factions and alongside these fighters come a slew of new weapon types, some of which are getting really strange but when you have as many weapon types as DW8 has, things can be a bit odd and be perfectly fine. 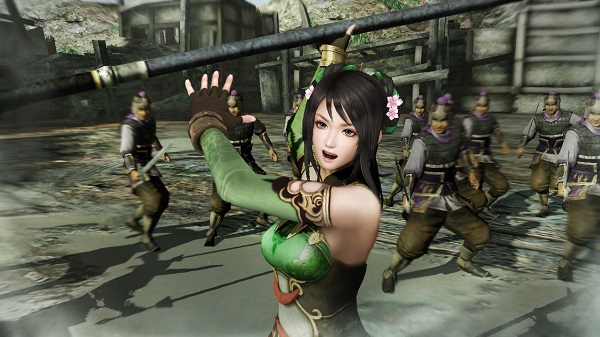 Also it is worth noting that Free Mode returns, allowing players to roam through stages at their leisure, alongside a new Ambition mode which sees players fighting small battles, consecutively if they choose, to lure the Emperor to their growing nation. These fights see the player gathering resources, allies and fame in an effort to build a village and is a nice distraction from the main gameplay options, especially when some of the fights presented can be very challenging considering players are not able to heal between consecutive fights.

Visuals
As always, one of the drawbacks to the Dynasty Warriors series is the game’s visual aesthetic. While improved from past iterations, Dynasty Warriors 8 continues the series’ tradition of having basic environments and basic enemy designs that are repeated non-stop as you slash through hundreds of same-faced soldiers and numerous same-faced officers with only the occasional famous named officer standing in your way. 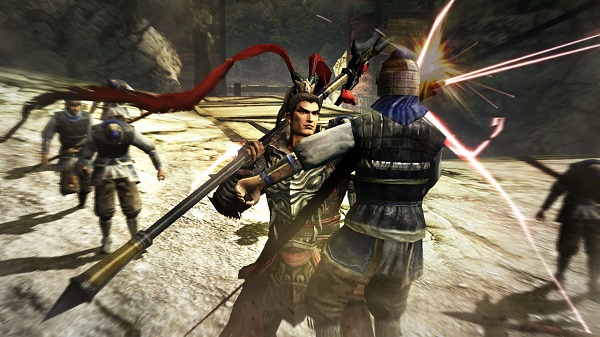 The actual playable character designs have been improved over past titles and the fighting animations are as impressive as ever, with numerous special effects added to Musou attacks and the Storm Rush abilities. The game does suffer from a lot of slowdown at times, including whenever the player is fighting against numerous opponents in a heavily populated area and even when the player is simply walking through their village in Ambition mode, making the game slow down to a crawl at places.

Audio
Being a numbered release, Tecmo Koei has given Dynasty Warriors 8 an English dub which means that all of the characters have been given English voices, though it does sound like a number of the voices for characters are simply clips taken directly from DW7. The new characters have obviously been given new voice work and they are nicely handled and the story dialogue is also handled well enough, but nothing exceptional. 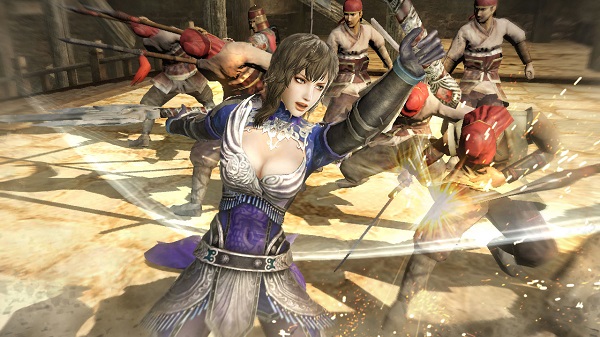 As far as the background music goes, DW8 returns with the same type of soundtrack we’ve come to expect from the series, with a number of fast paced rock songs to keep the blood pumping as players drop over a thousand enemies on the battlefield.

Overall
Omega Force has spent the past two years since Dynasty Warriors 7 making numerous spin-off titles but it appears that those spin-offs may have simply been refining their craft since Dynasty Warriors 8 improves on what was already an impressive combat system by adding numerous additions, some of which are small but long-awaited, and giving players an enhanced story mode and even more characters to slay over a thousand enemies with. Outside of slowdown issues and the number of re-used assets from past games, Dynasty Warriors 8 may be the best Warriors title to date.